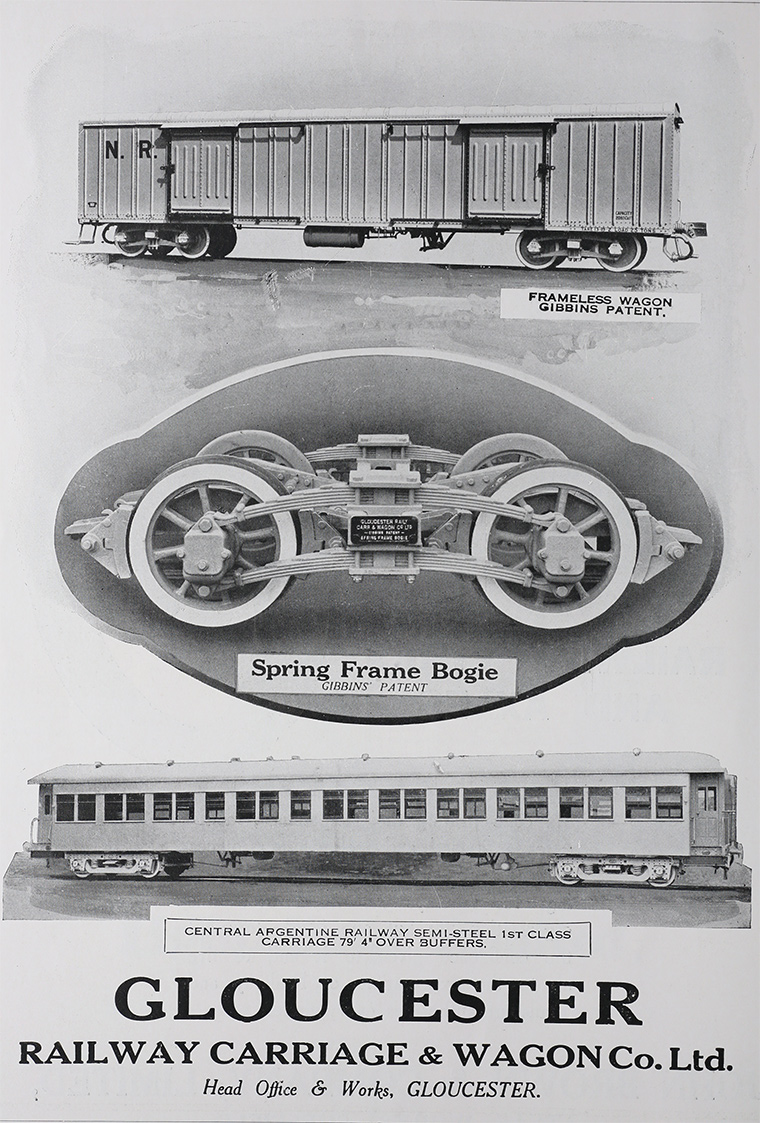 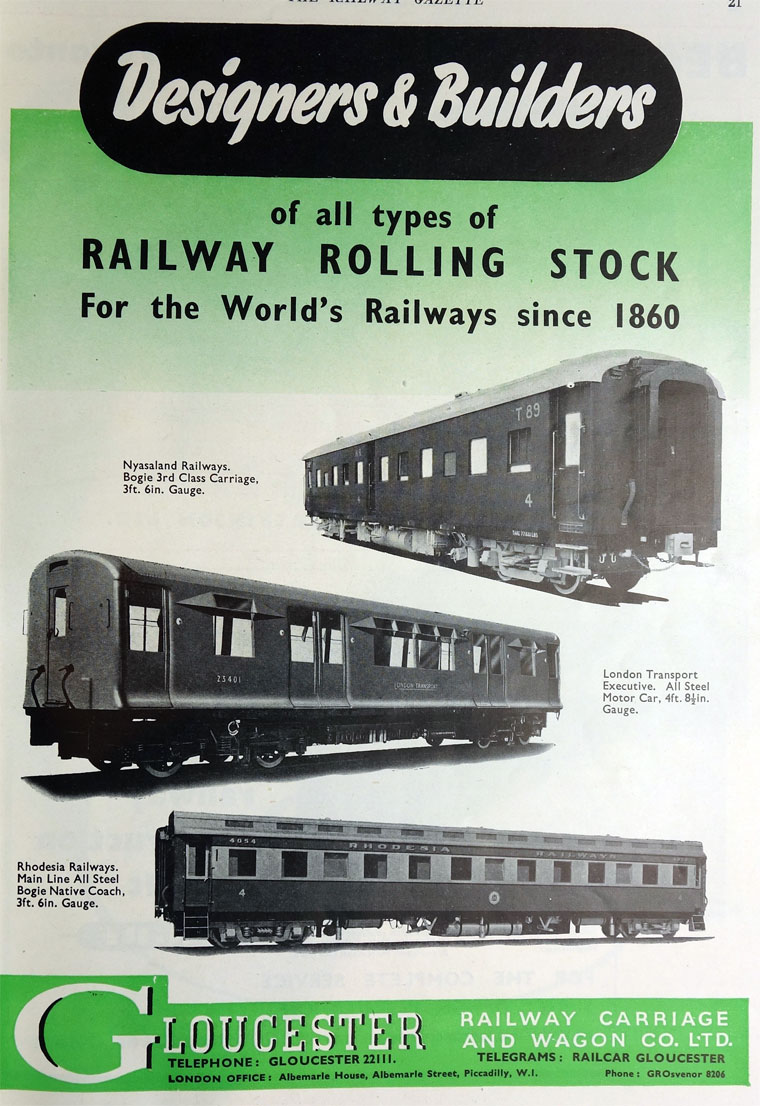 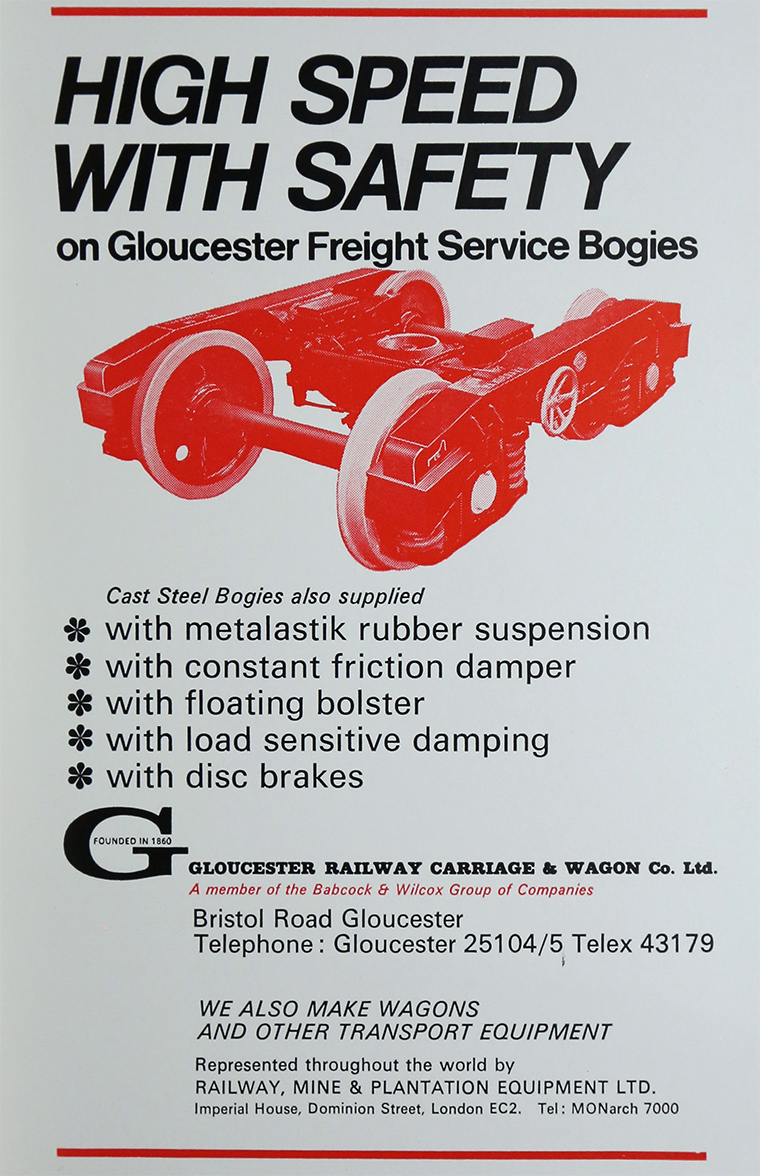 1860 Company founded [1]. The Company was first incorporated as the Gloucester Wagon Co.

1888 Public company. The company was re-registered on 14 September, as Gloucester Railway Carriage and Wagon Co.

1906 Together with Baldwins Ltd formed steel works at Port Talbot, which were incorporated as the Port Talbot Steel Co, to ensure supplies of steel[2]

1908 The company is also largely interested in steel works at Port Talbot.

1920 Gave up its wagon hiring operations and sold its interests in this activity[6]. At some point Gloucester Wagon Hiring Co became a subsidiary.

From 1922 the company was closely associated with Alfred Danks Ltd., a local engineering firm which that year purchased the Emlyn Works and closed the Kingsholm foundry.

1930 The wagon works narrowly avoided financial disaster when a railway-wagon hiring business which it controlled went into liquidation.

1930 Set up Gloucester Foundry Ltd., to run the Emlyn Works, from which the company obtained malleable iron castings. Had a large interest in this company.

1931 Following the appointment of Harold Leslie Boyce, M.P. for Gloucester, as chairman the wagon works were reorganized

Late 1930s: financial recovery was helped by orders for re-armament projects and from the London Passenger Transport Board.

1951 Philblack Ltd was an associated company[8]

1961 With effect from 29 December, Gloucester Railway Carriage and Wagon Co was acquired by Winget of Rochester, Kent. The new parent company was called Winget Gloucester Ltd.

The Gloucester subsidiary was renamed Gloucester Engineering Co and a new company called Winget Ltd was established at Rochester.

1962 On 1 April, the trading activities of William Gardner and Sons and E. Boydell and Co, a Winget subsidiary, which operated under the trading name of Muir Hill, were transferred to Gloucester Engineering Co.

1963 The trading activities of Moxey were similarly transferred from 1 April, following its acquisition by Winget Gloucester Ltd.

1964 Reorganisation of the group's structure occurred with effect from 1 April - the Gloucester and Rochester works started to operate as one company, Winget Ltd[13]. To further integrate the activities of the manufacturing companies in the group, divisional boards of directors were set up responsible for the sales and engineering aspects of the operations:

1968 From 1 April, Winget Gloucester became a wholly owned subsidiary of Babcock and Wilcox.

Perhaps because the existence of the records was not known even within the company, few books or articles have been published. A rather slight centenary history was produced in 1960 (A History of the Gloucester Railway Carriage and Wagon Company, pub. Weidenfeld and Nicolson); the authors remained anonymous.

A useful account of the early history ("The Gloucester Wagon Co Ltd" by Mike Christenson) was published in nos. 6 and 7 of the British Railway Journal, 1985 and 1986.

A selection of photographs from the magnificent series kept by the company was published in 1981, as Private Owner Wagons from the Gloucester Railway Carriage and Wagon Company Ltd, compiled by Keith Montague.