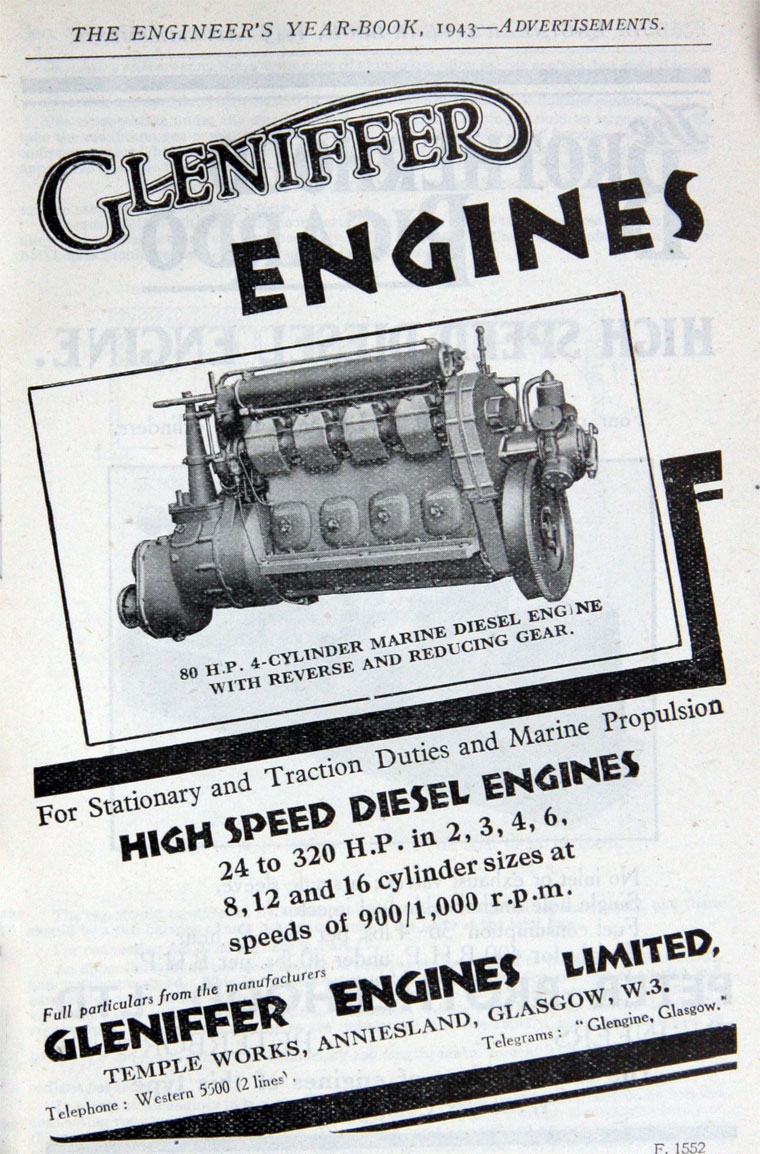 1944 Advert for high-speed diesel engines for land and sea.