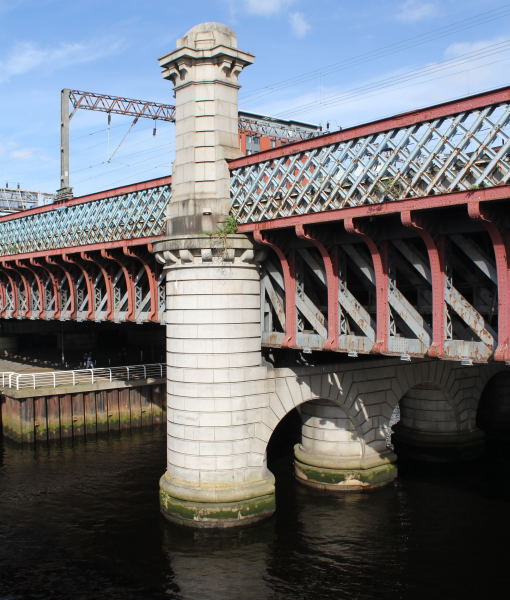 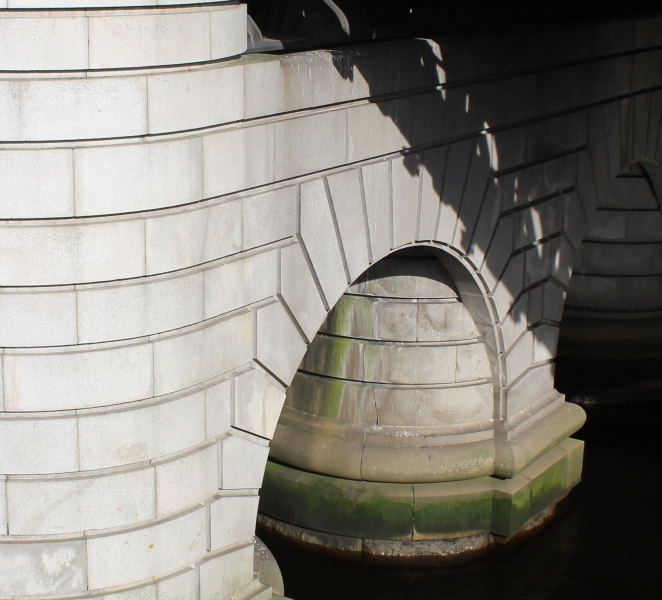 The massively-constructed 'new bridge,' carrying the Caledonian Railway over the River Clyde into Glasgow Central Station, was built between 1899 and 1905 to supplement an existing bridge (built 1876-8).

The old bridge was designed by B. H. Blyth of Blyth and Cunningham and constructed in wrought iron by Sir William Arrol and Co. The girders of the old bridge were removed in 1966-7, leaving the granite-faced piers and the interconnecting cast iron arches.

The Engineer for the new bridge was Donald A. Matheson, of the Caledonian Railway Co., with John Wolfe Barry as Consulting Engineer. The contractors were Sir William Arrol and Co, and Morrison and Mason.

The above information is largely drawn from the CANMORE website, which provides a summary of information from various sources, and a location map. See separate CANMORE entries for the new bridge and the old bridge[1] [2]

P. S. A. Berridge observed that the girders of the now-demolished 1876-8 bridge were the first to be riveted using Arrol's scissor-type hudraulic riveting machines, and were the first instance of mass-drilling six or more plates in a single operation (as opposed to drilling the plates individually).[3]