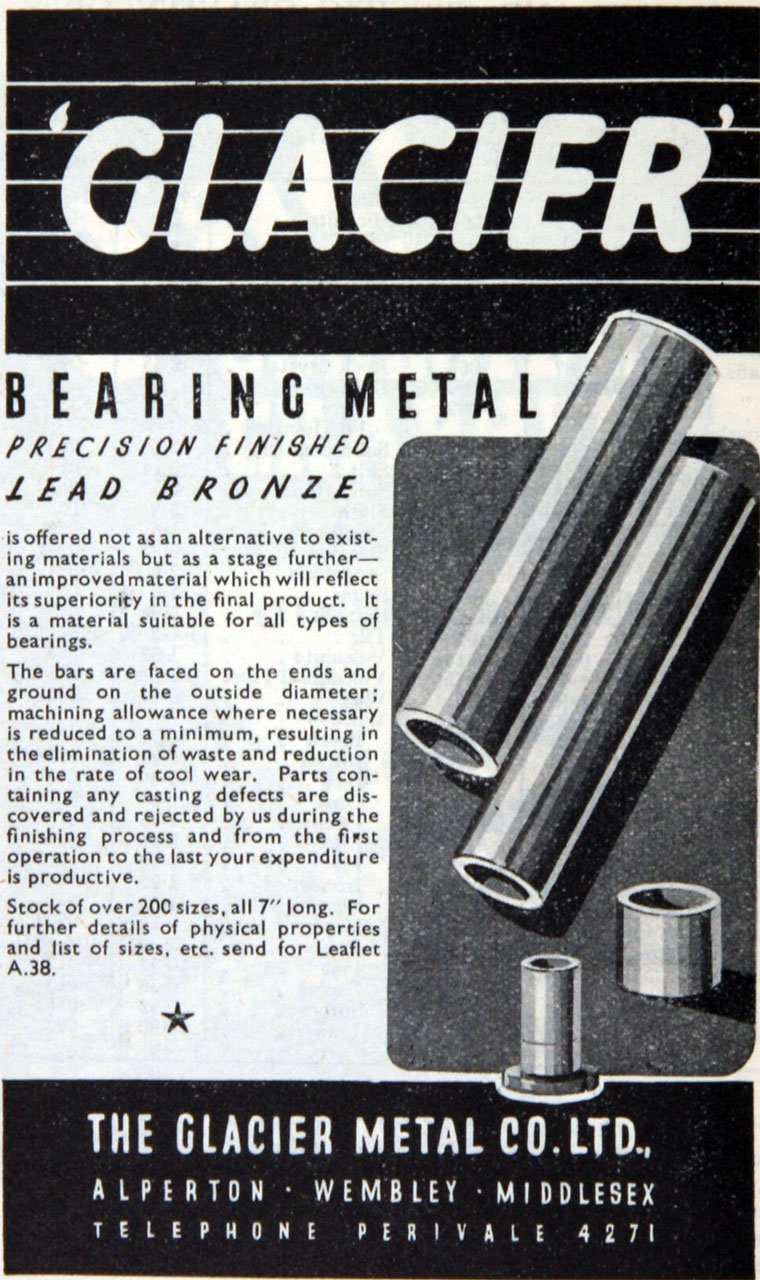 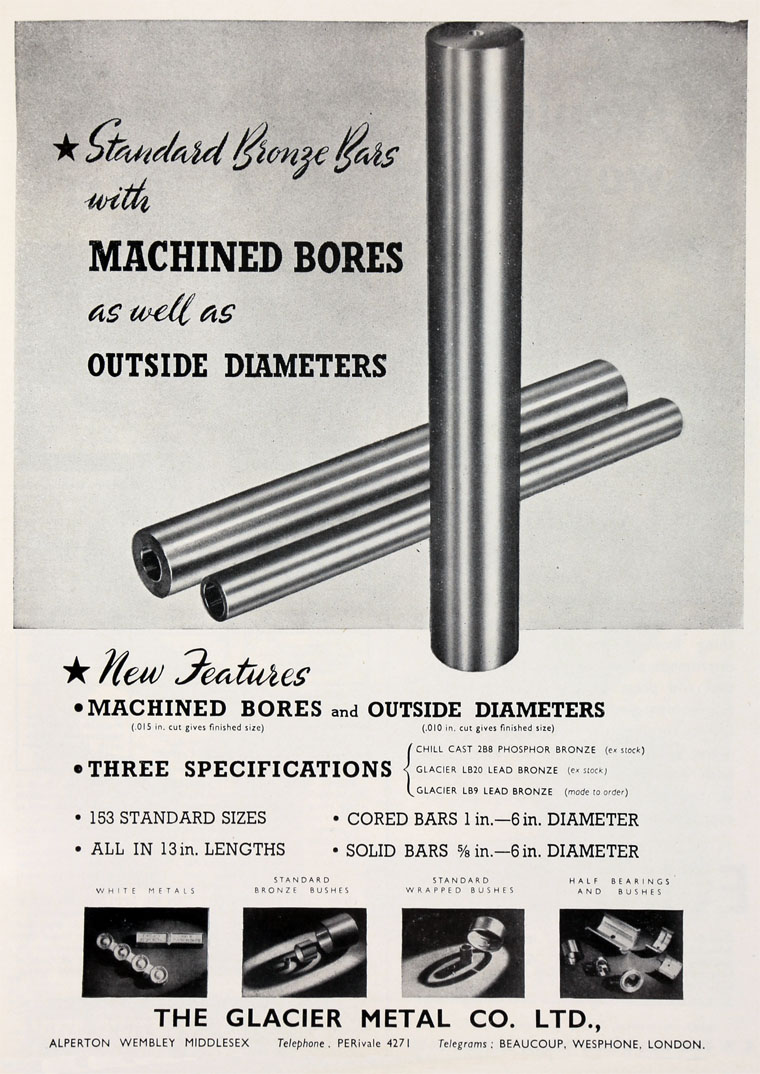 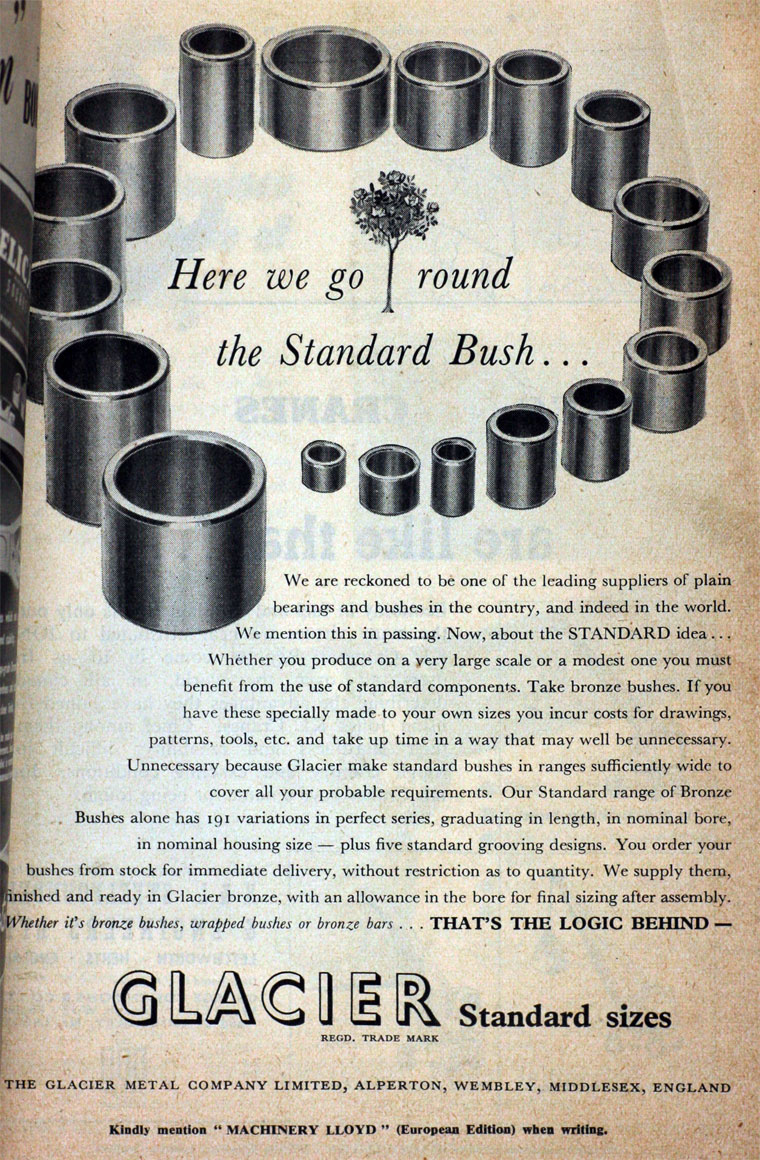 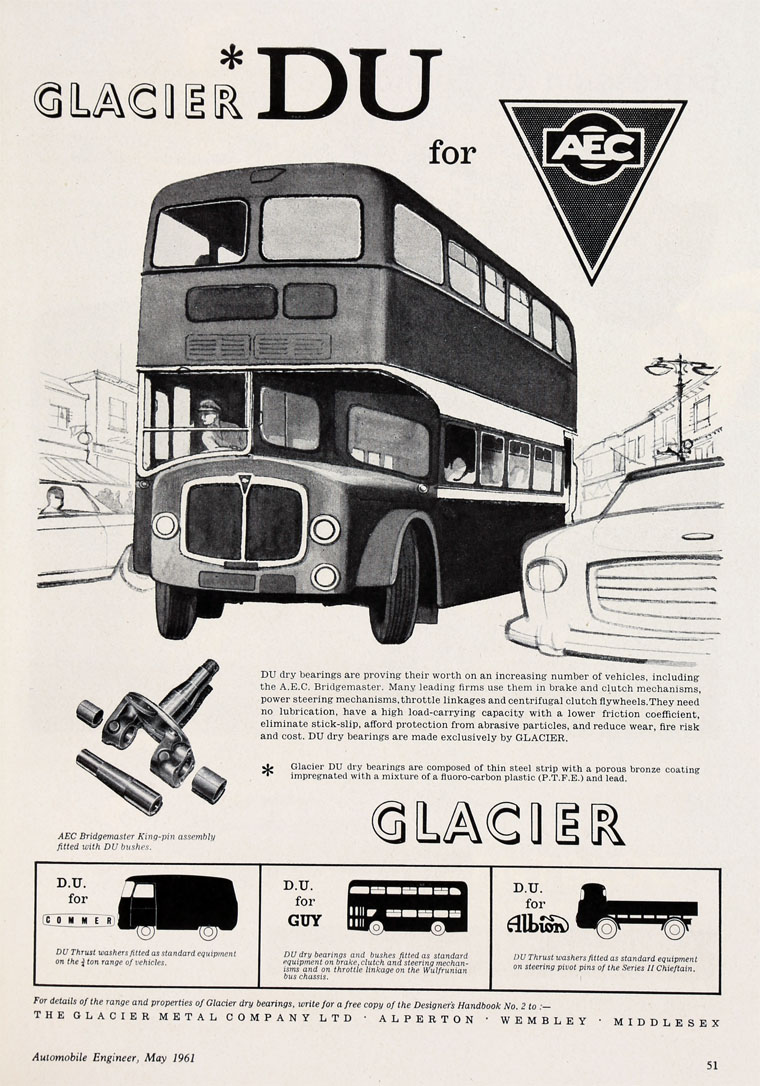 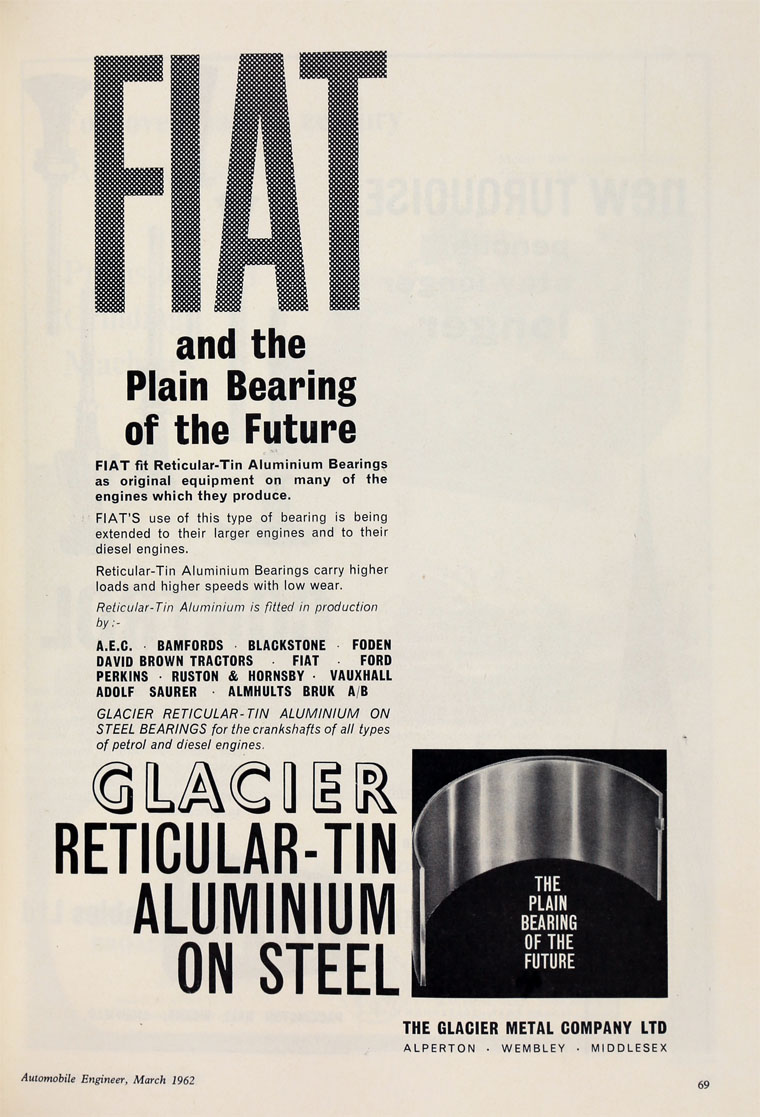 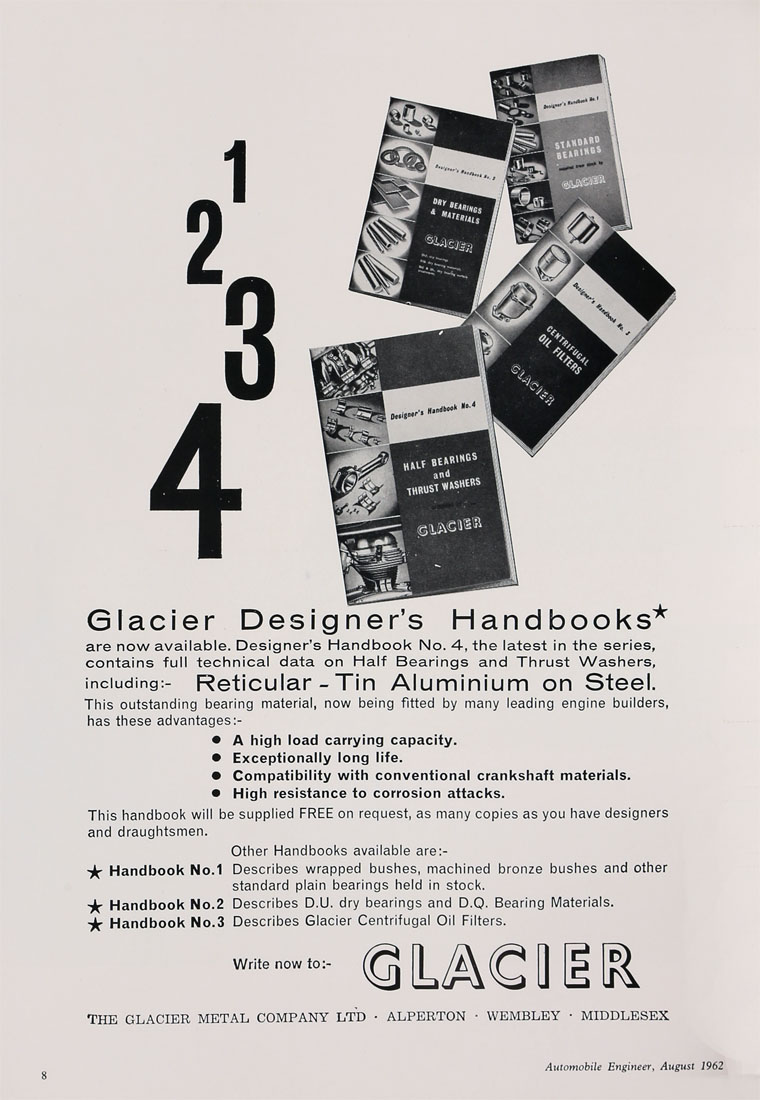 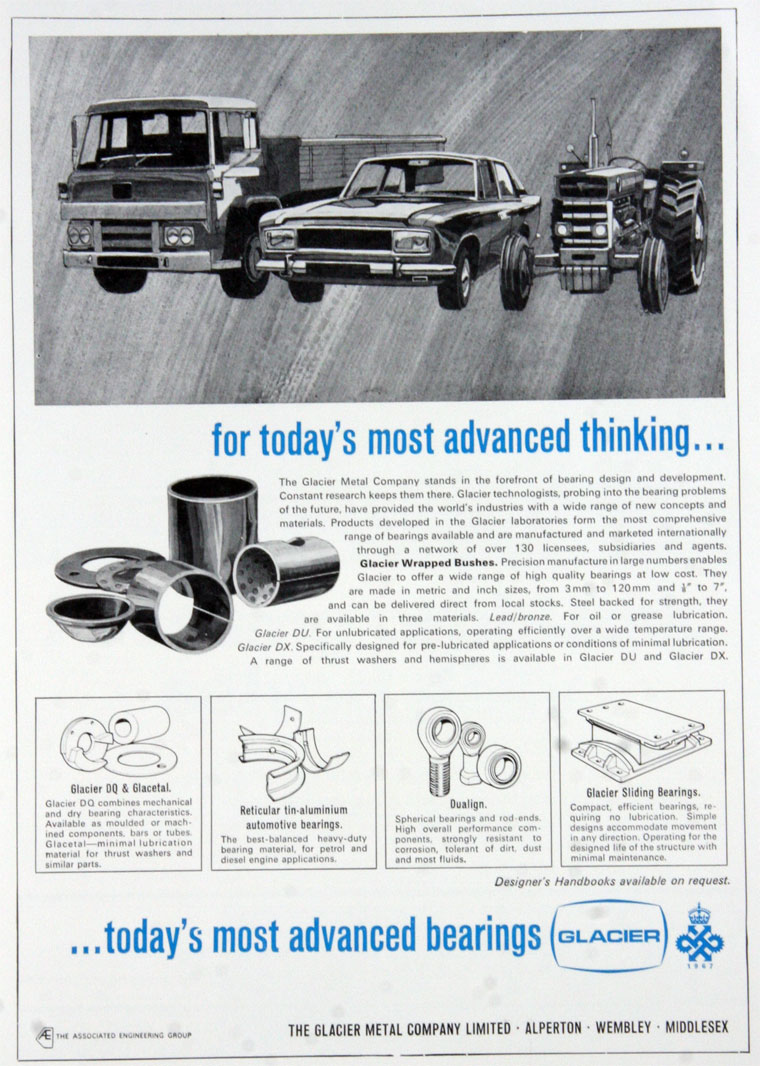 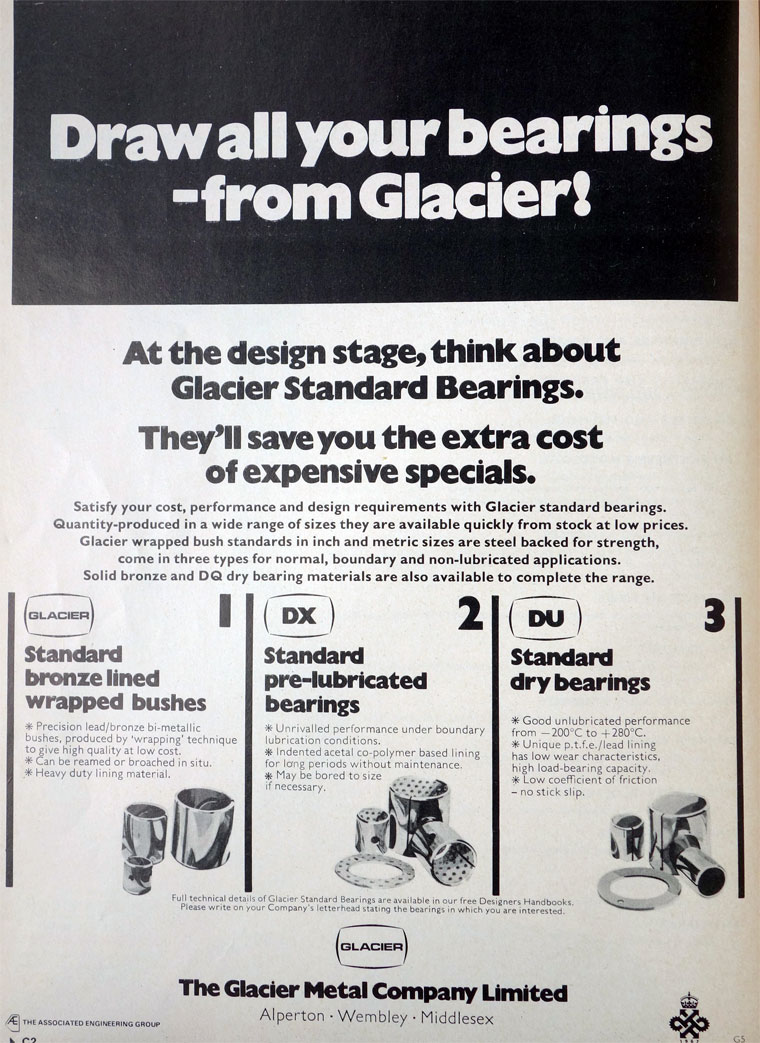 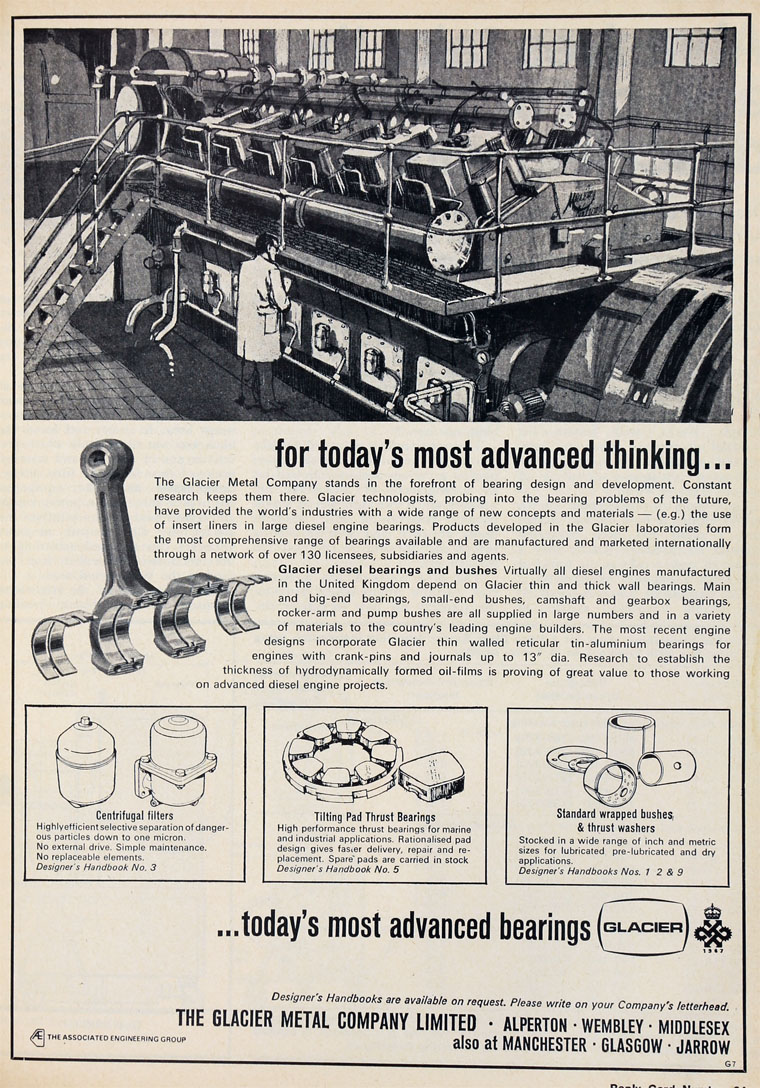 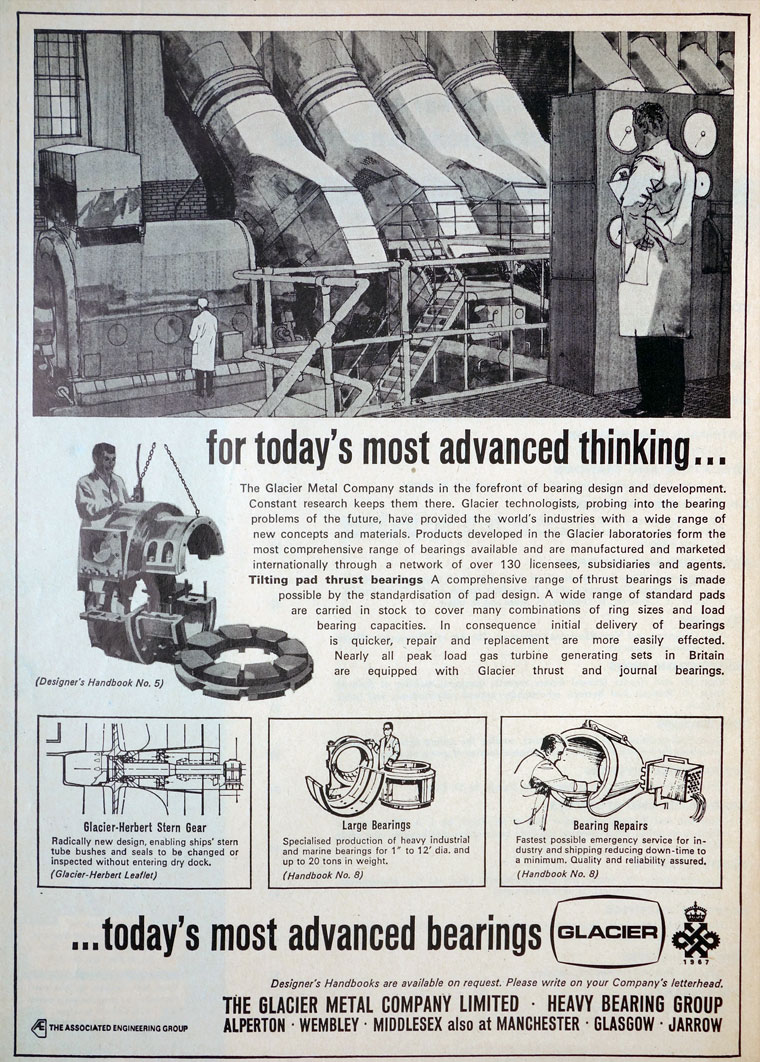 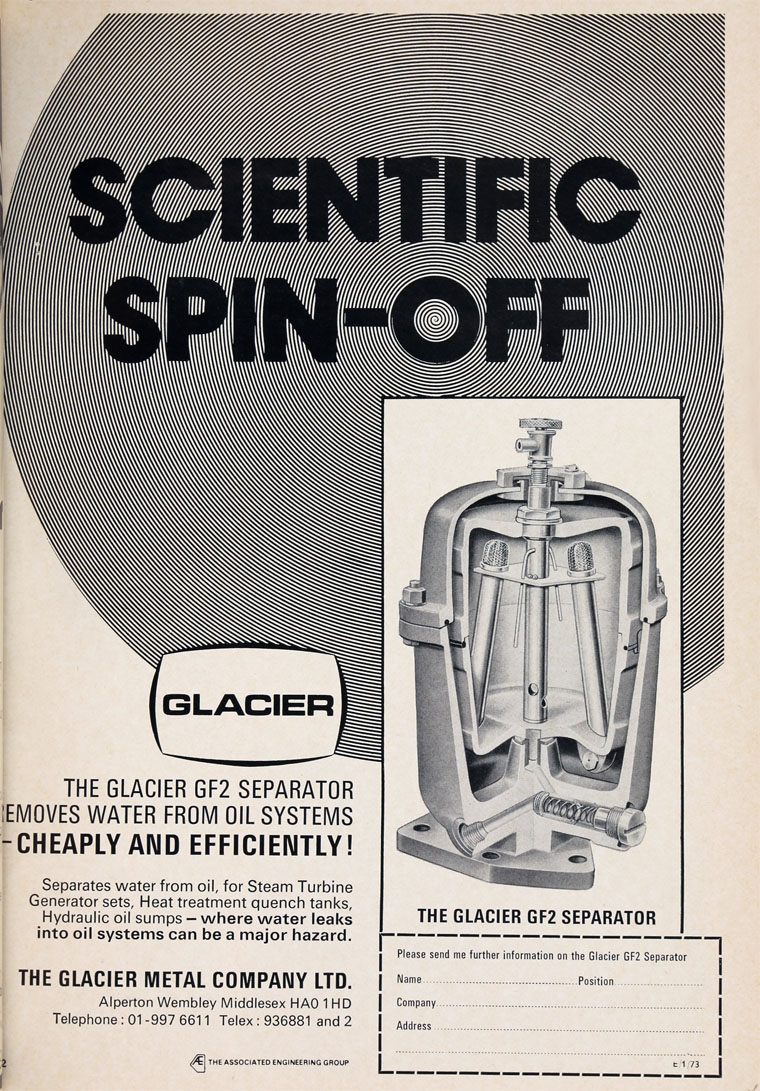 1912 Exhibitor at the Non-Ferrous Metals Exhibition at the Royal Agricultural Halls[1].

1963 Motor Show exhibitor. Bearings and bushes for engines and chassis.

1966 The company had supplied factories for making thin bearings to Roumania and East Germany[3].

1968 New factory extension at Kilmarnock. Other factories at Wembley and Chard.

1973 Glacier was involved in developing a proposal for a mini-steel mill at Hartlepool[5].

1974 Developed in conjunction with Daido Metal of Japan, a whitemetal bearing material which offered very fine grain structure over a wide range of cooling rates.[6]