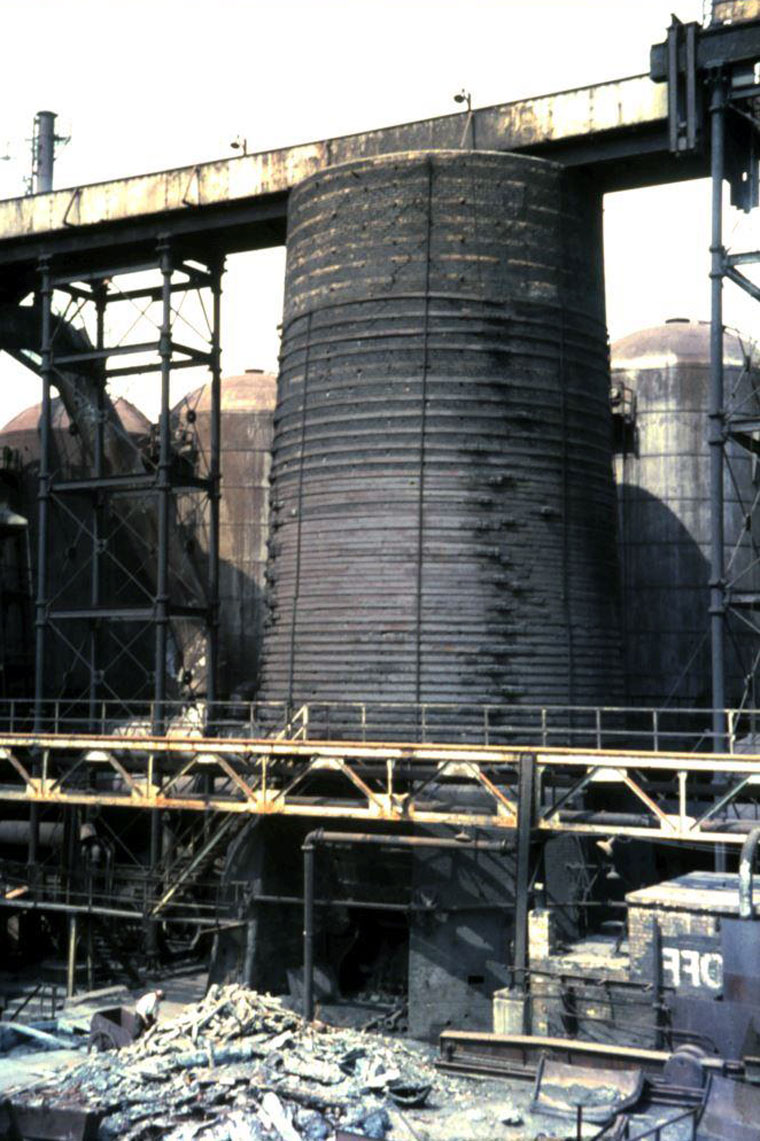 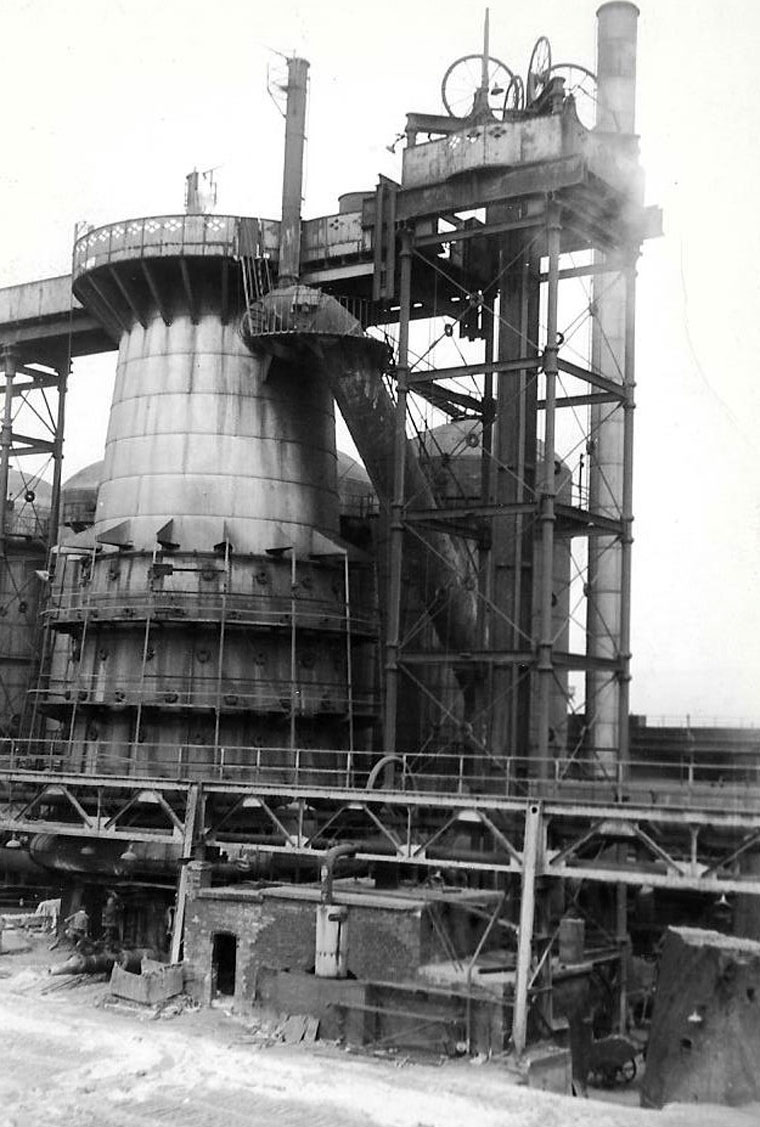 1964. Loading ore in to a wheelbarrow to take to the top of the furnace.

1870 Had a blowing engine installed by Cochrane, Grove and Co.

1963 At this time Cranleigh Group owned Millom Hematite Ore and Iron Co which purchased Gjers, Mills and Co from the Holding and Realization Agency[4]. The purchasers undertook to keep Gjers operating for at least 2 years, despite the depressed state of trade.