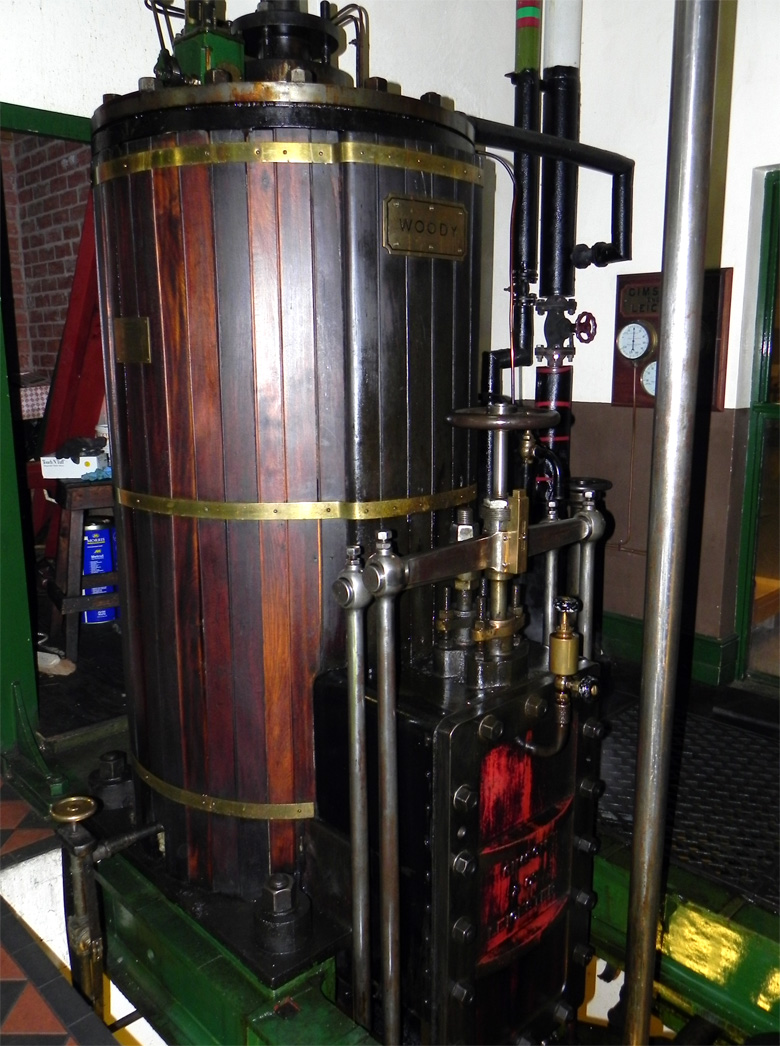 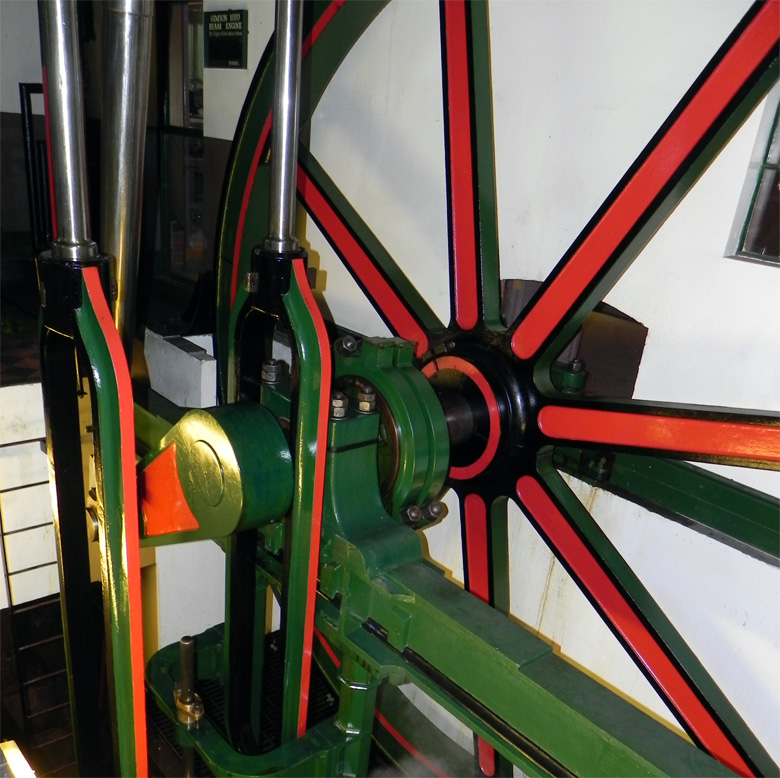 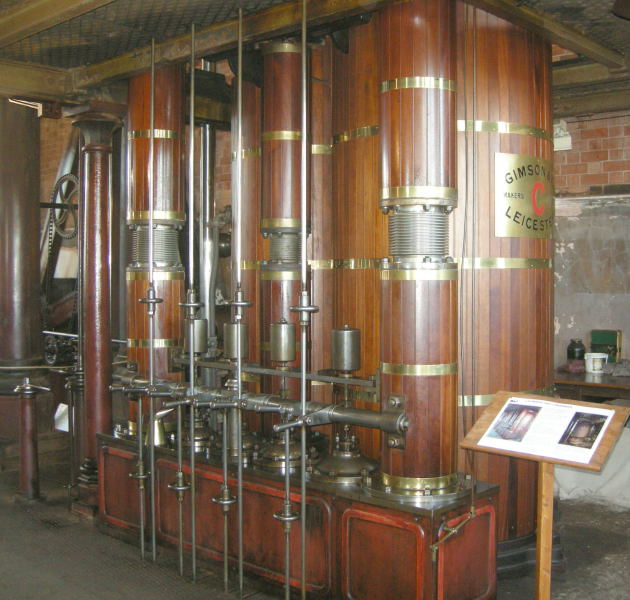 1885 beam pumping engine, which can be seen operating at Claymills Victorian Pumping Station.

1885 beam pumping engine, which can be seen operating at Claymills Victorian Pumping Station. 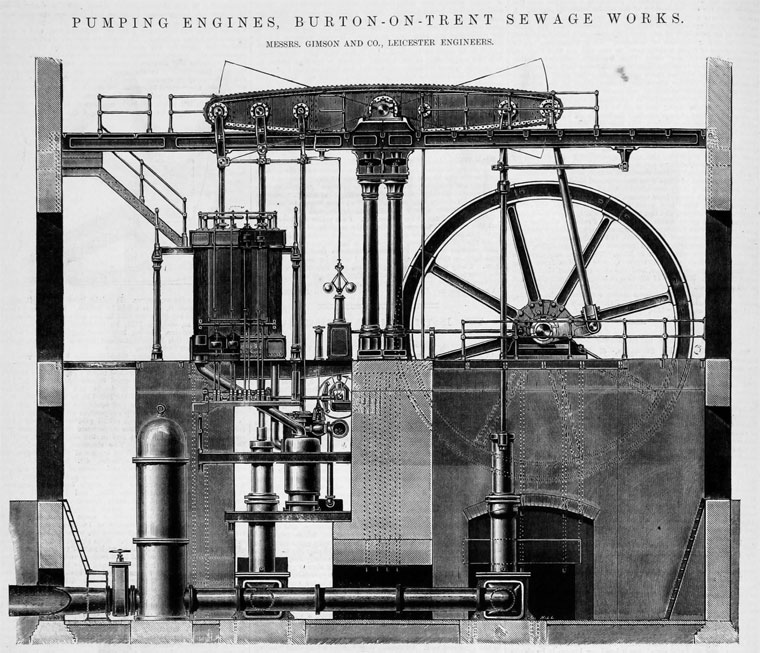 Art, saved for the nation! Bearing pedestal on one of four superb 1891 Gimson beam engines at Abbey Pumping Station, Leicester 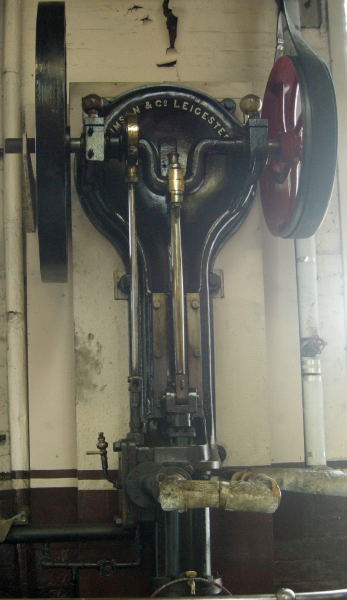 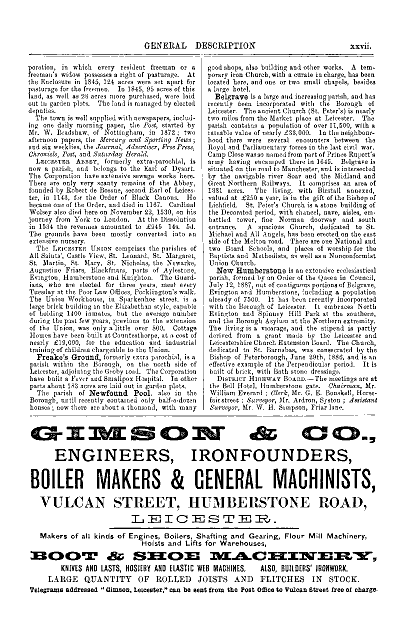 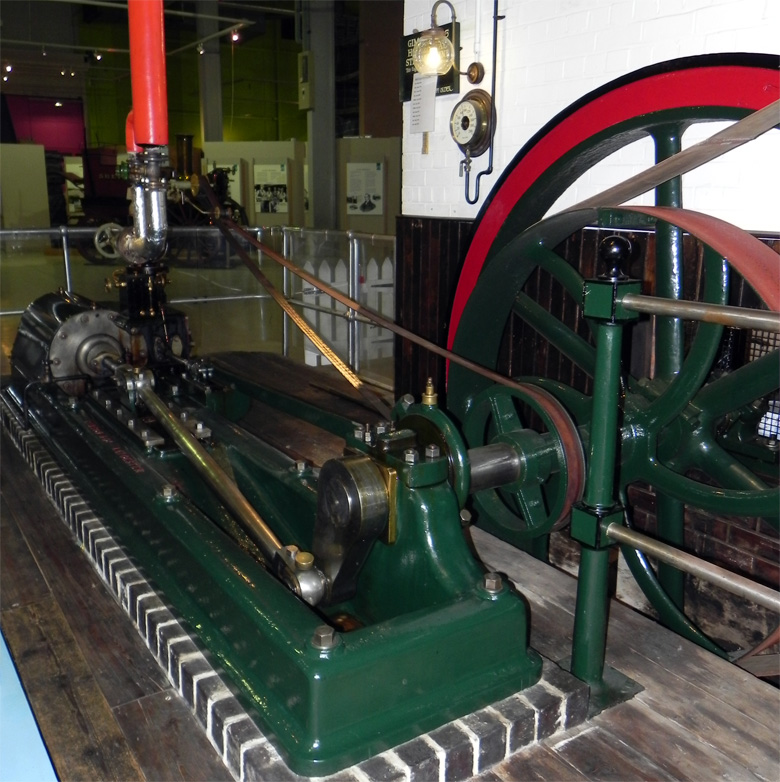 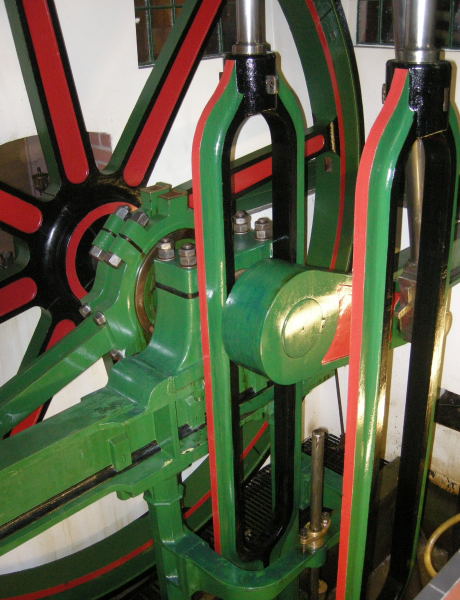 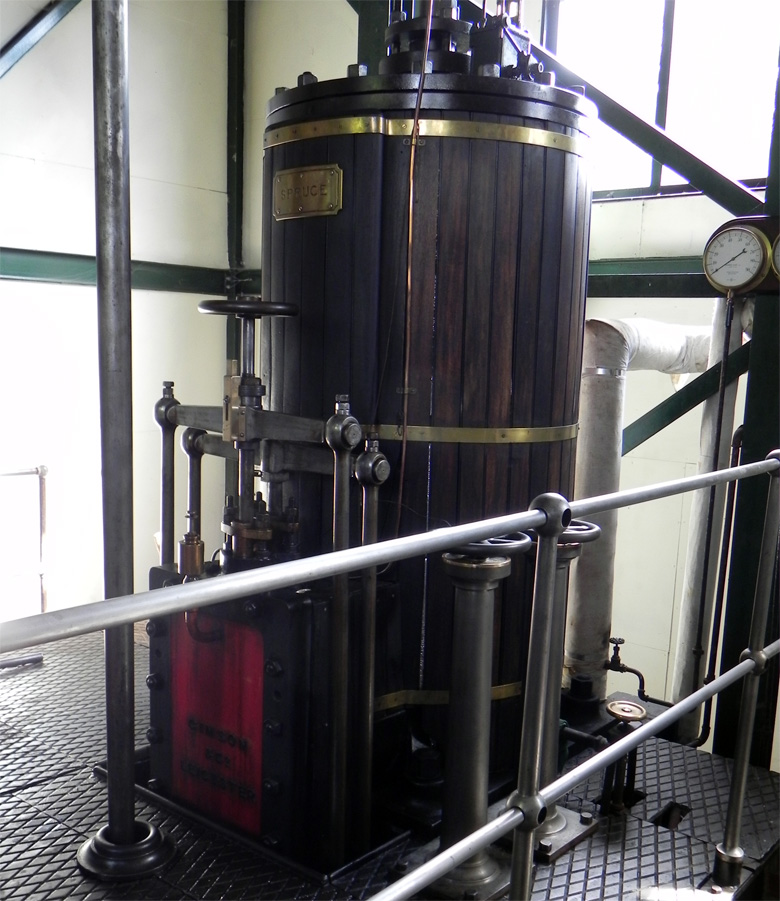 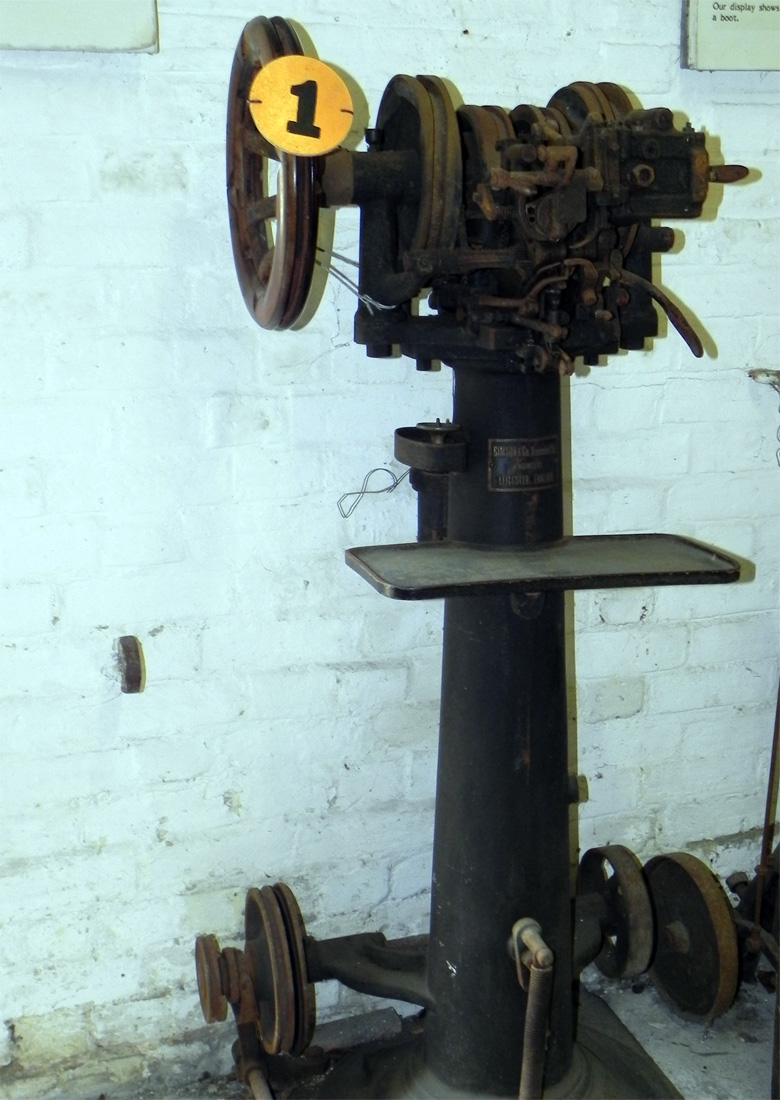 Early products were braid machinery for the elastic web trade and they also advertised as brassfounders, millwrights and manufacturers of boot and shoe making machinery

In 1878 new works were built at Humberstone Road, Leicester, close to the Midland Railway. The building was designed by John Breedon Everard and is one of the earliest examples of the integration of iron foundry and engineering.

1880 A pair of Single-Cylinder Rotative beam Engines for South Staffordshire Waterworks (Hopwas Pumping Station). These engines are both preserved - one at Snibston Discovery Museum the other at Forncett Industrial Steam Museum

1887 Gimsons were awarded the contract for the supply and erection of the four beam engines, complete with eight boilers and associated machinery, at the Abbey Pumping Station, Leicester built in 1891.

1896 Private company. The company was registered on 4 September, to acquire the business of mechanical engineers of the firm of the same name. [6] Directors were Josiah Mentor Gimson, Arthur James Gimson, Sydney Ansell Gimson and Josiah Gimson.