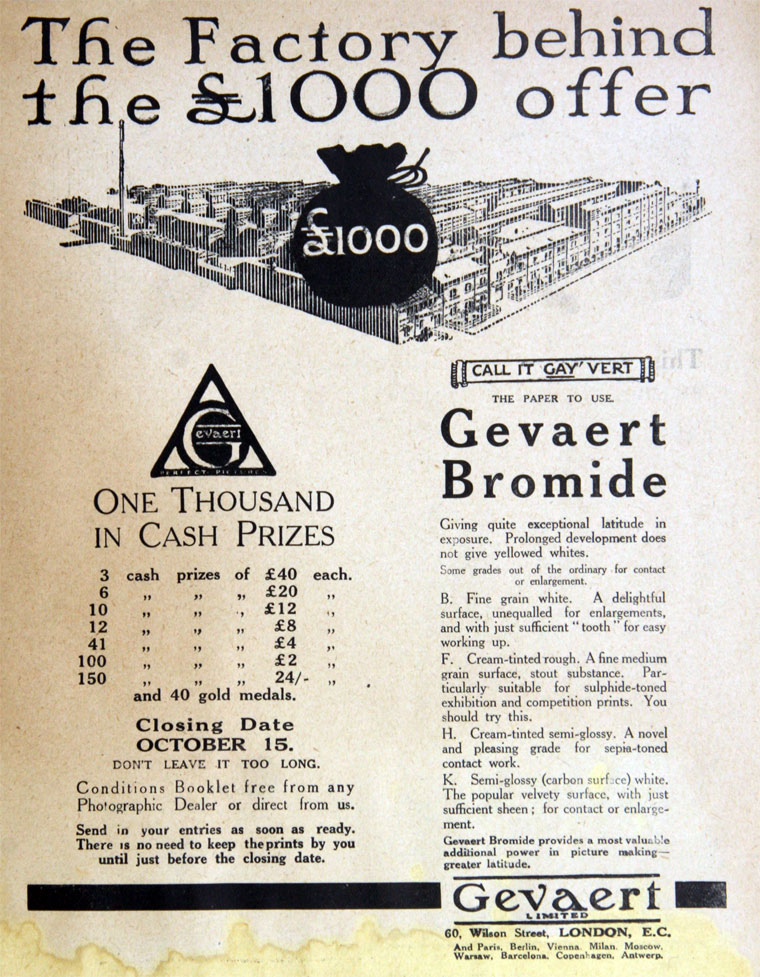 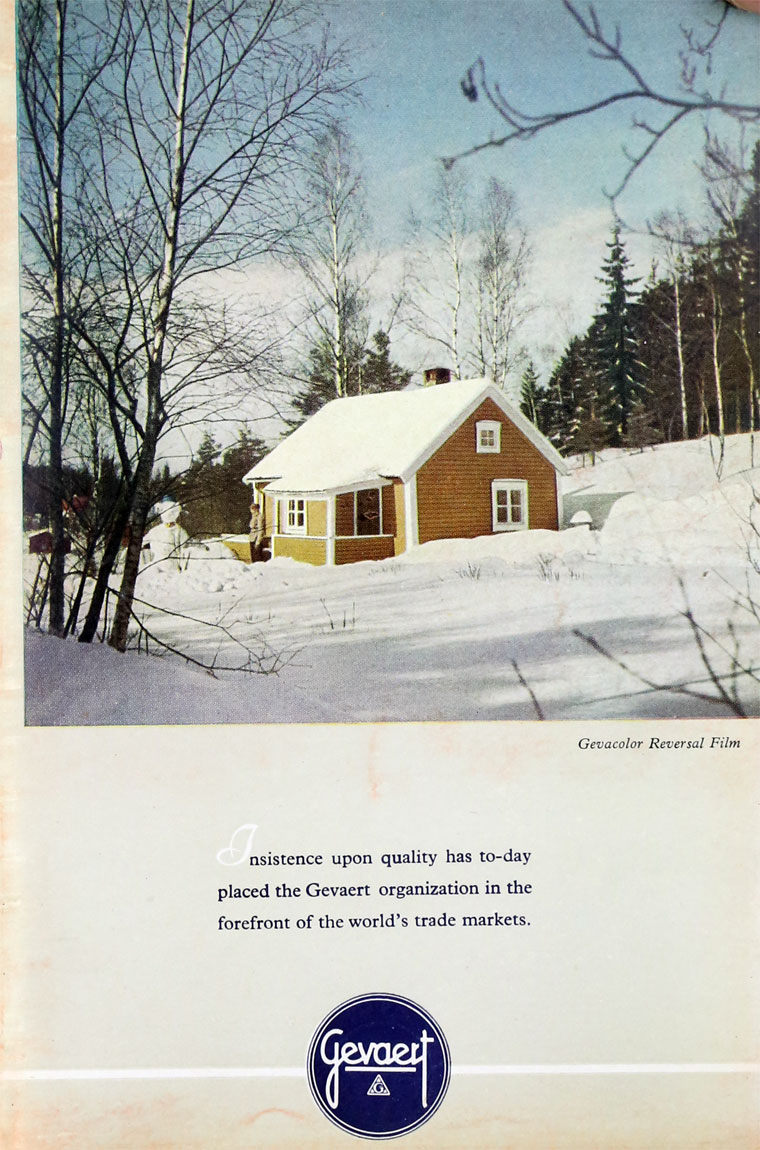 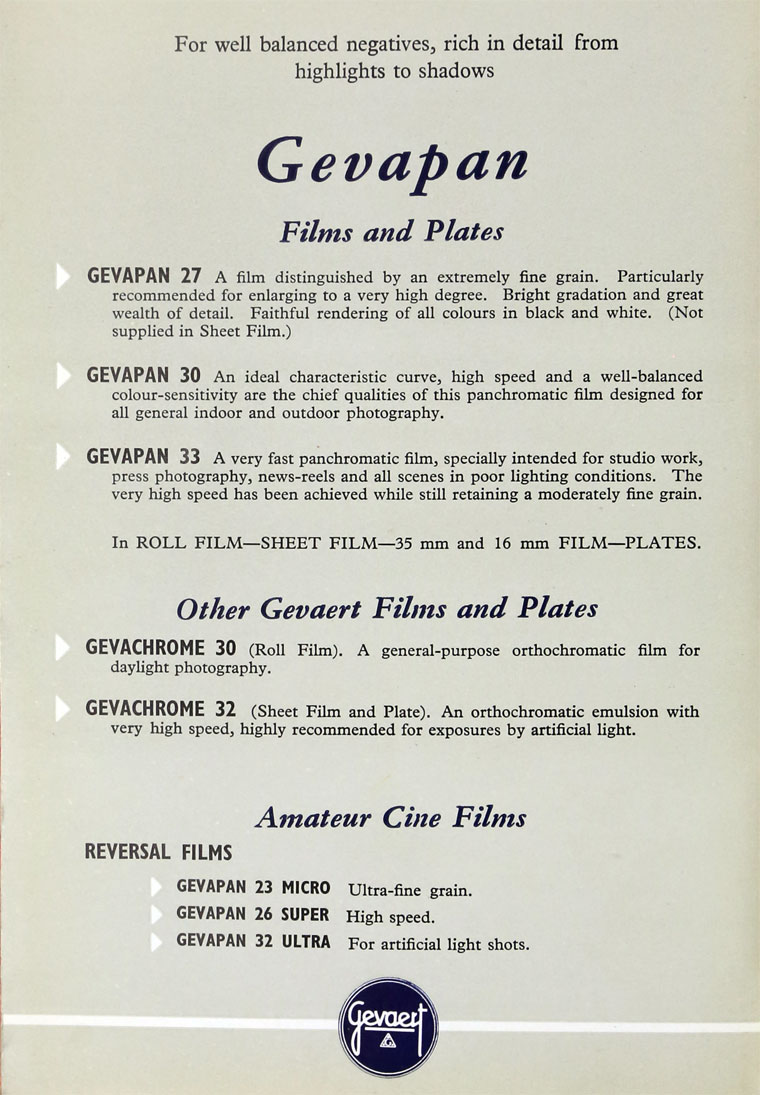 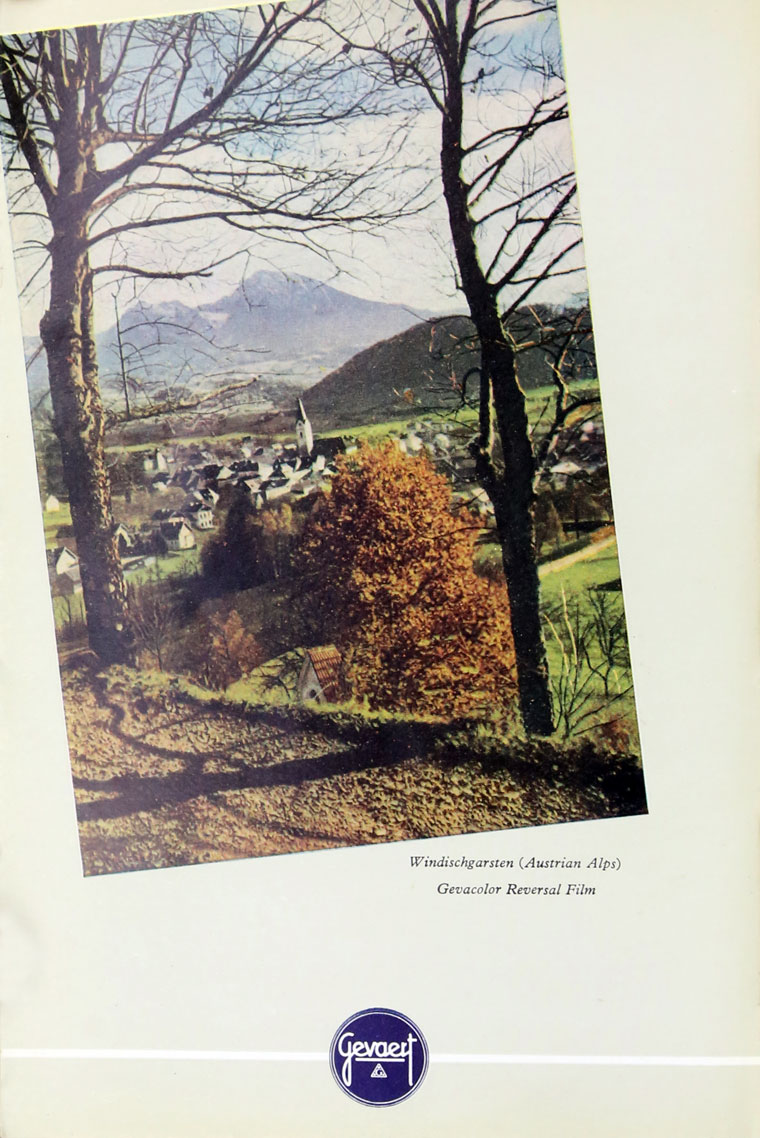 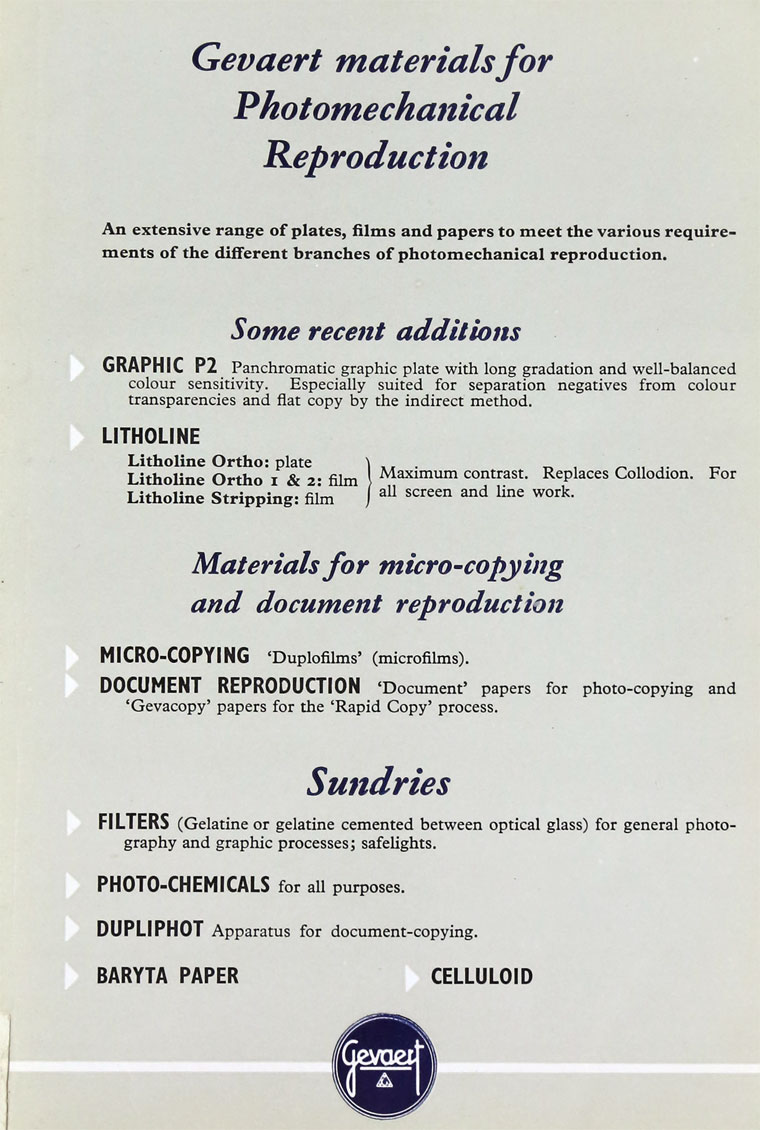 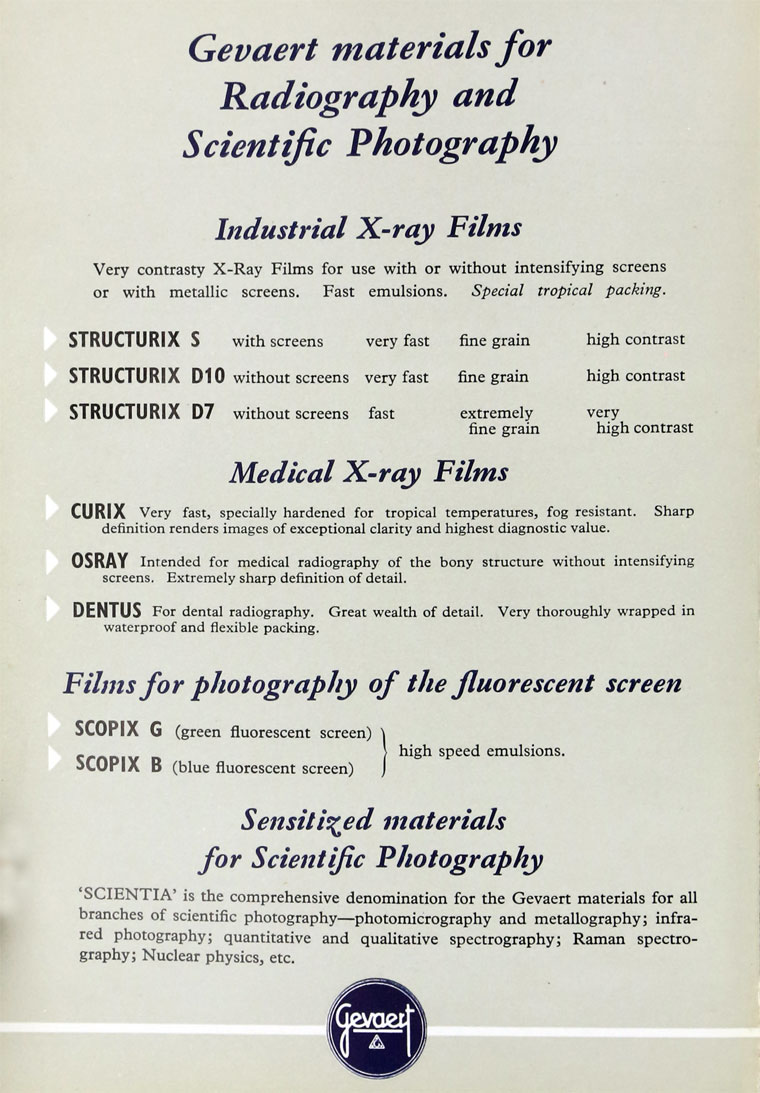 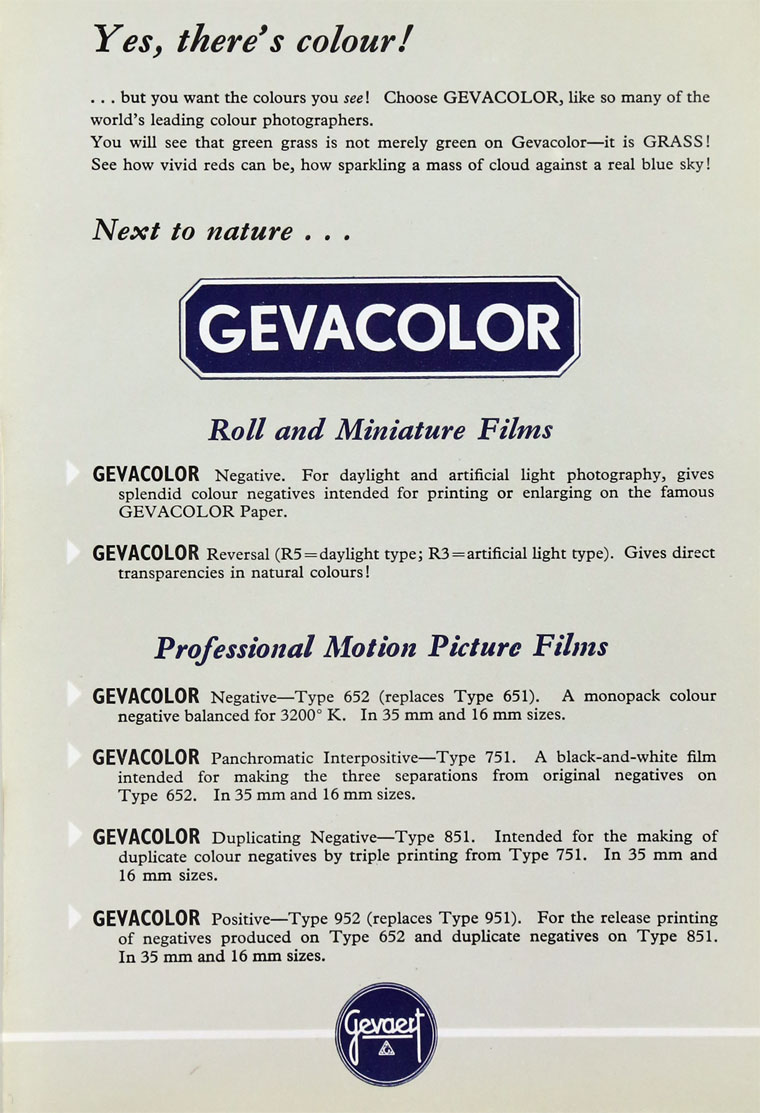 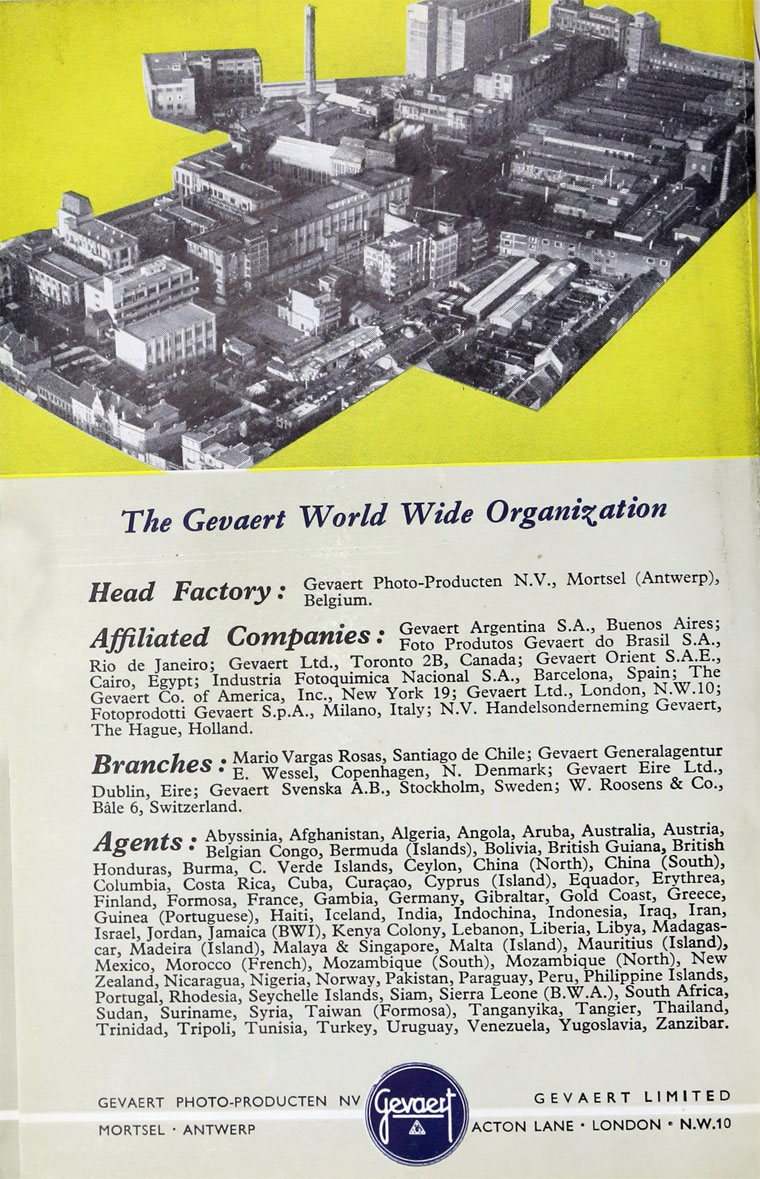 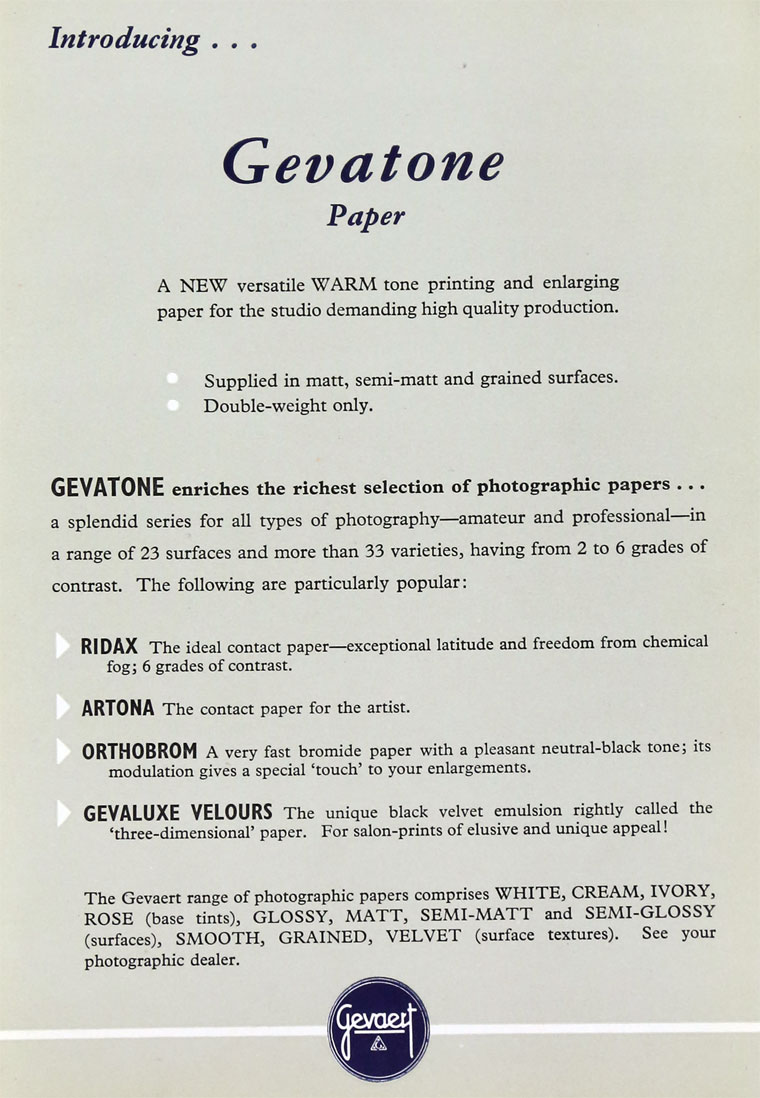 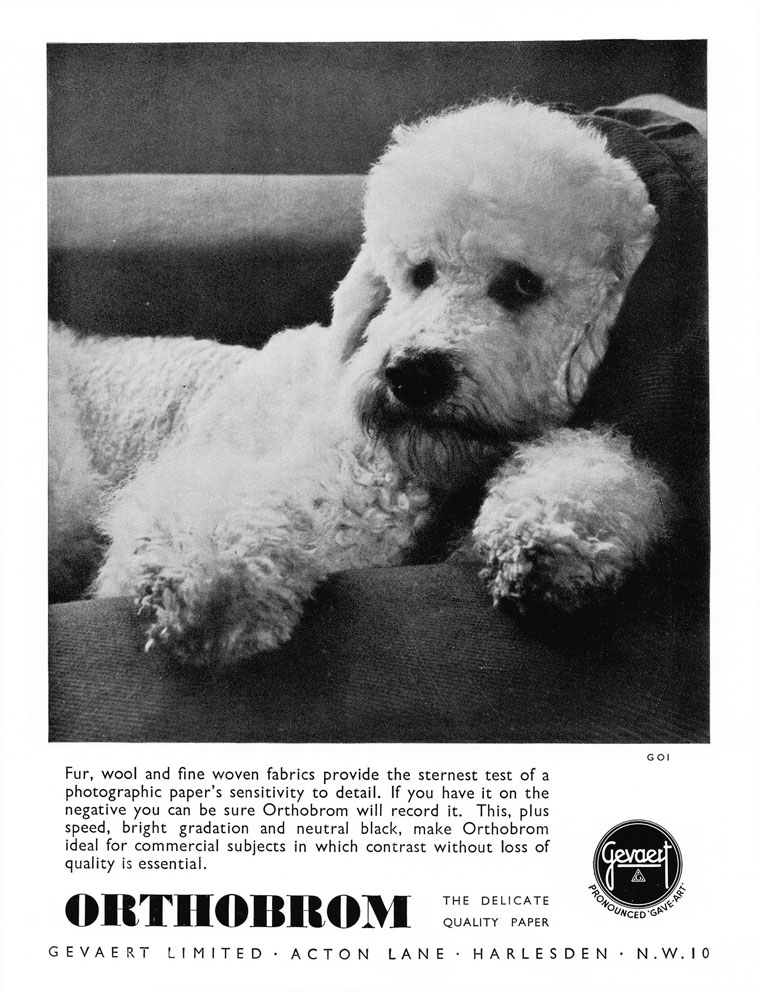 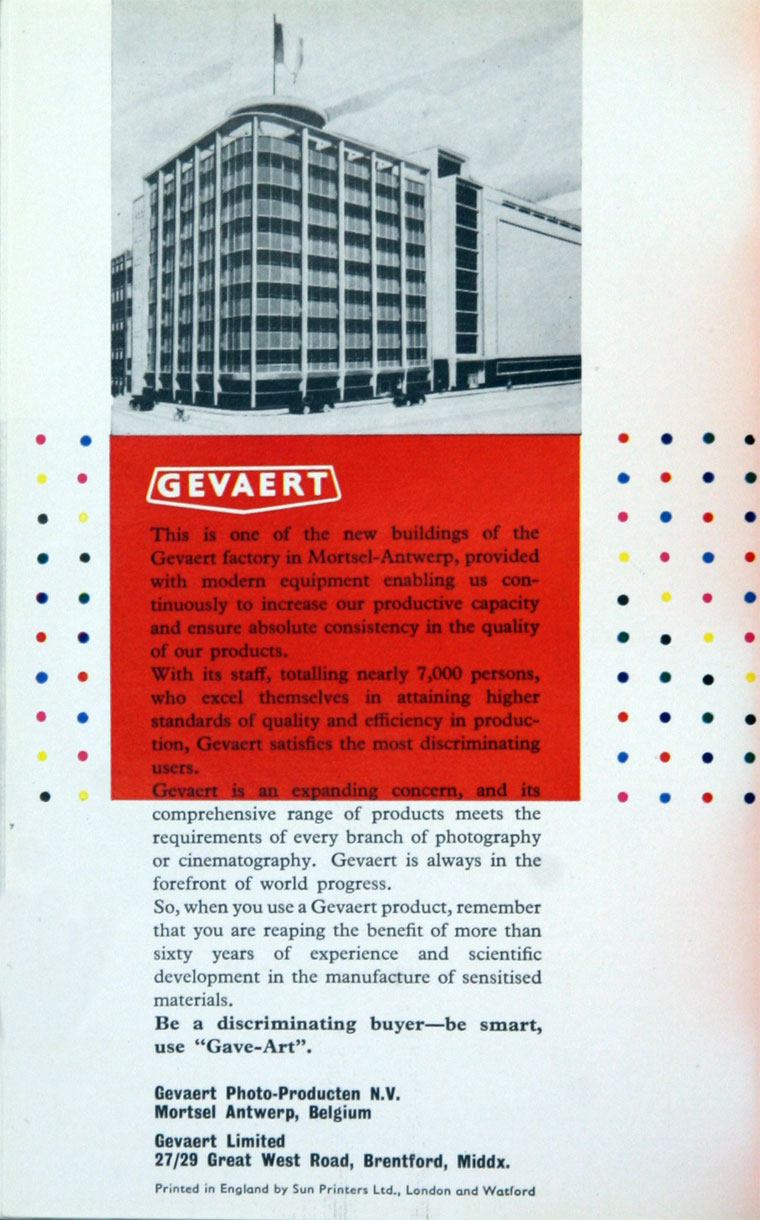 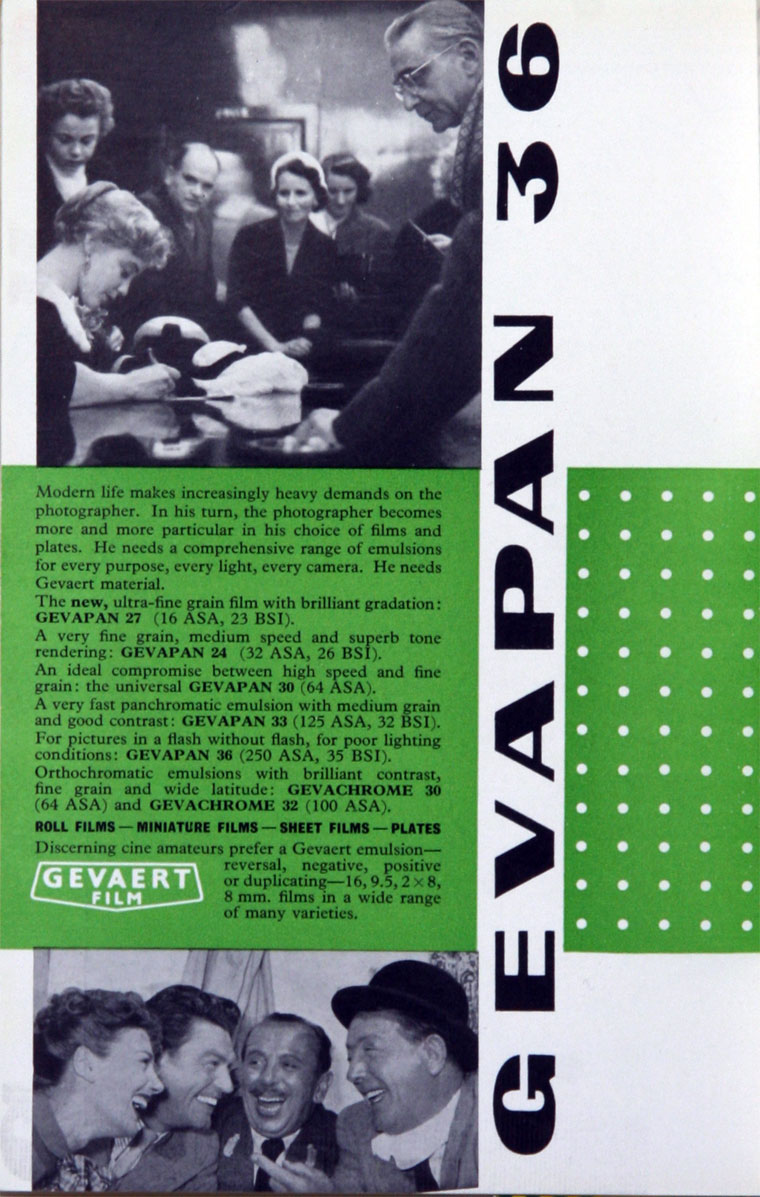 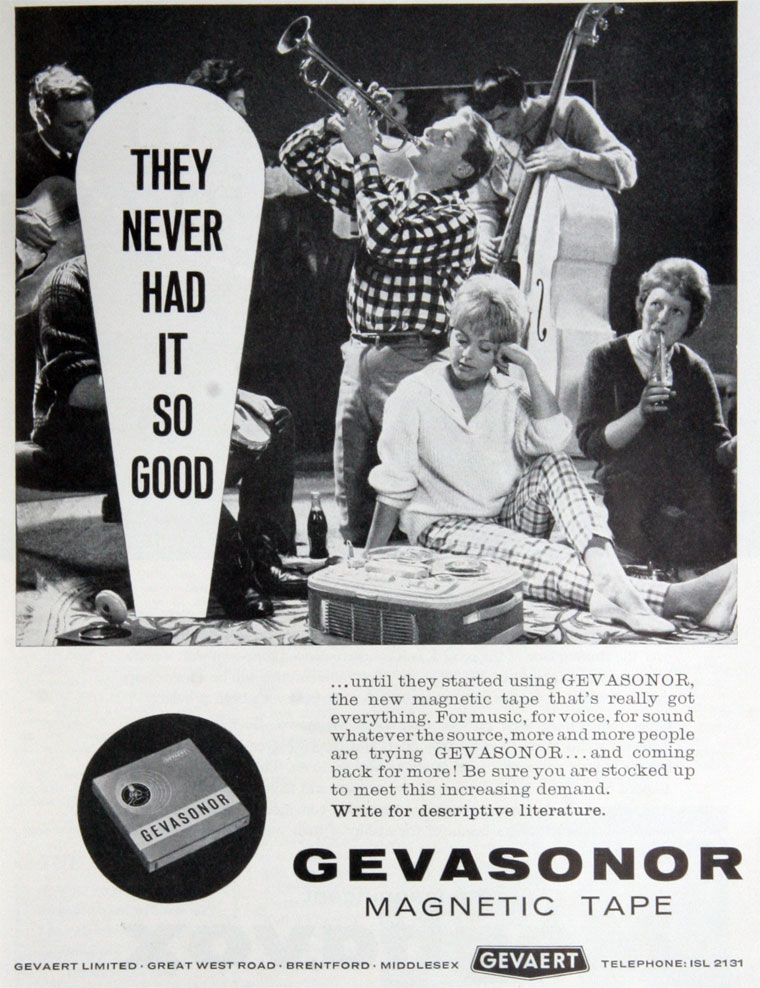 1890 Lieven Gevaert established his own workshop in Antwerp (Belgium), mainly for manufacturing calcium paper for photography.

1895 Established its first subsidiary abroad by taking-over the Parisian company 'Blue Star Papers' that had introduced a gelatine paper.

1904 The factory moved from Antwerp to Mortsel.

1952 introduced a range of plates and films for scientists which was used in astronomy, nuclear physics, infrared photography, micrography, etc.