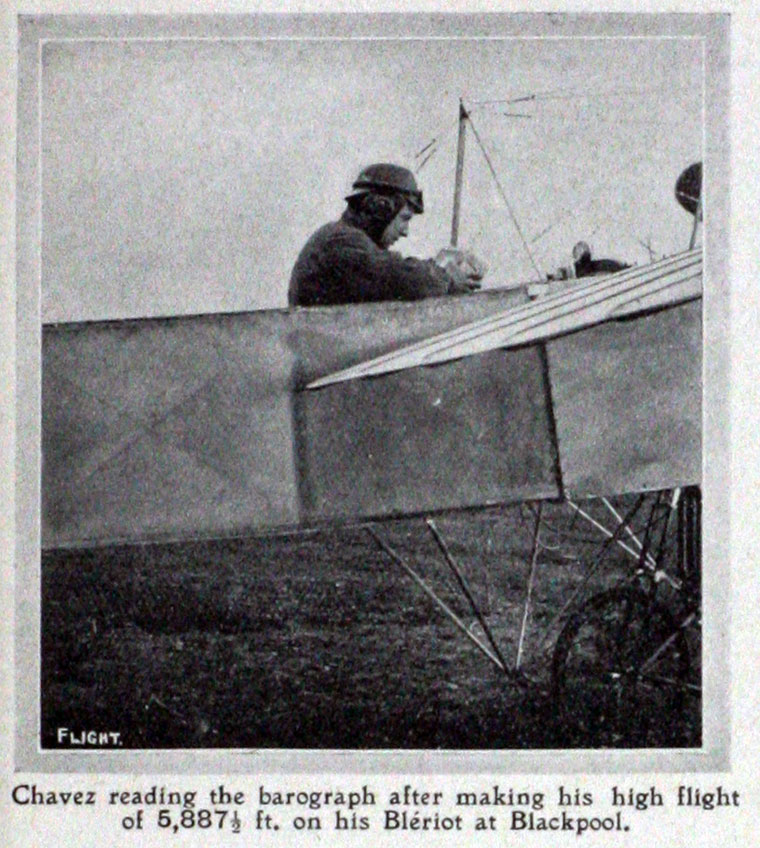 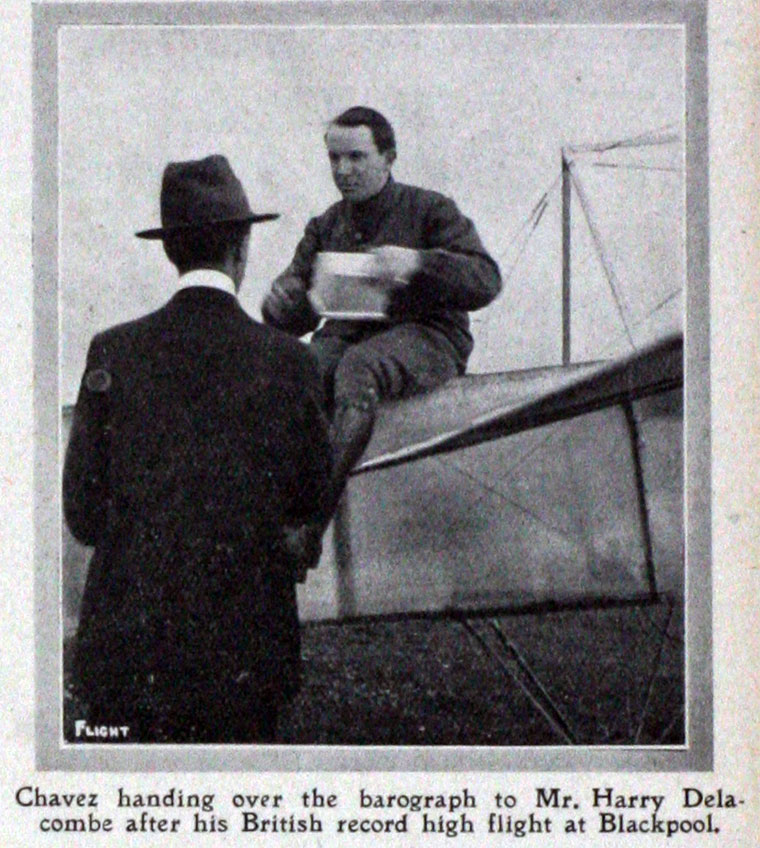 Italian promoters posted a $14,000 prize for the first aviator to fly though the Simplon Pass, a height of 6,600 feet, which lay between Switzerland and Italy.

One of the entrants was a Peruvian aviator named Jorges Chavez Dartnell (who was referred to France as Georges Chavez). In preparation for the flight Chavez took his Bleriot XI up in a test flight 8,487 feet, breaking the current altitude record.

On September 23, weather cleared and Chavez made it through the dangerous, twisting gorges, though, and headed for a landing at the town of Domodossola on the Italian side. As he approached the landing field he gave the Bleriot a little gas to get past a road. The craft was so weakened by the high winds it failed under the strain. "I saw the two wings of the monoplane suddenly flatten out and paste themselves against the fuselage," a watcher said "Chavez was about a dozen meters up; he fell like a stone."