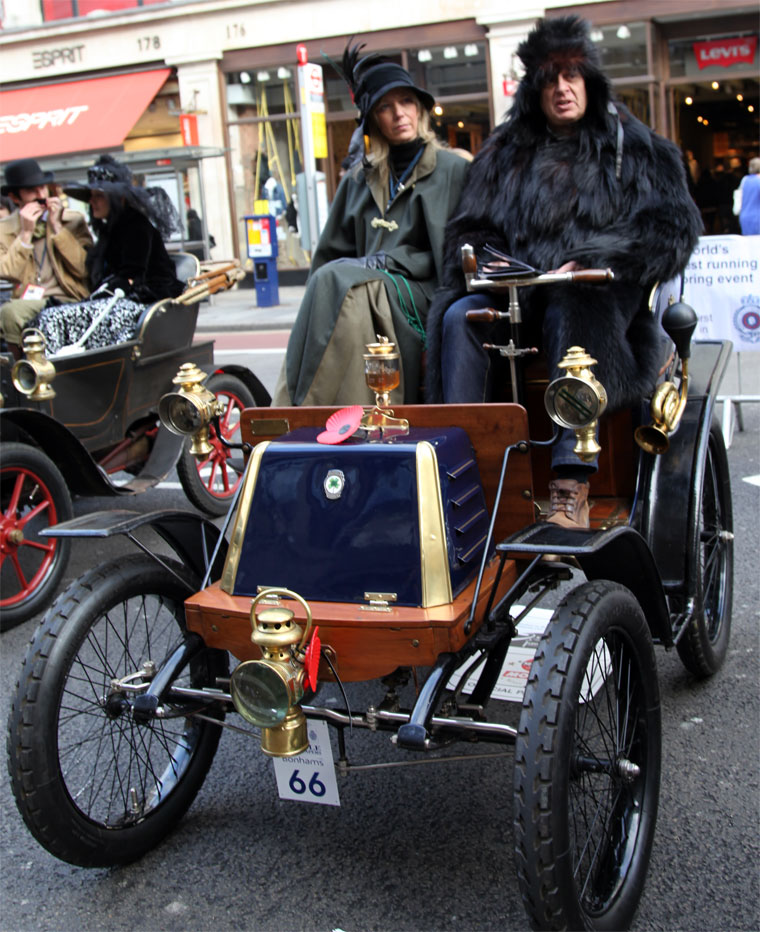 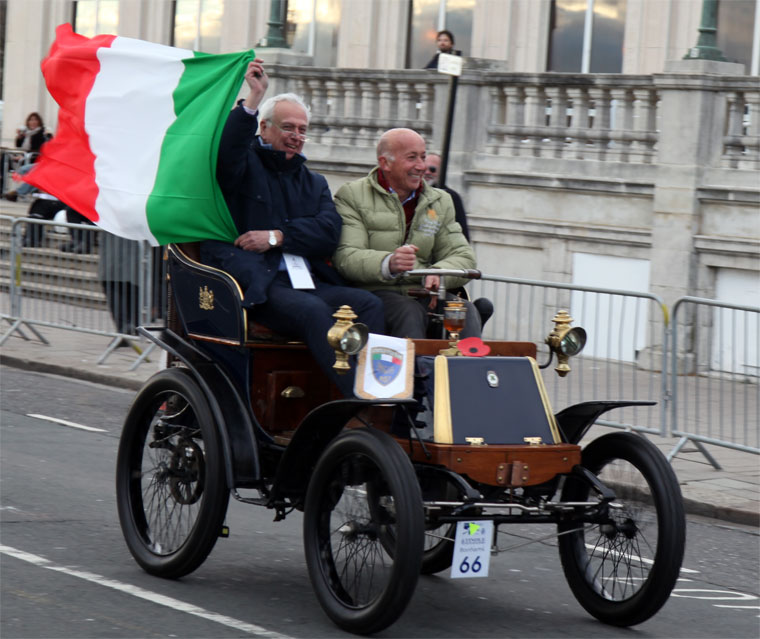 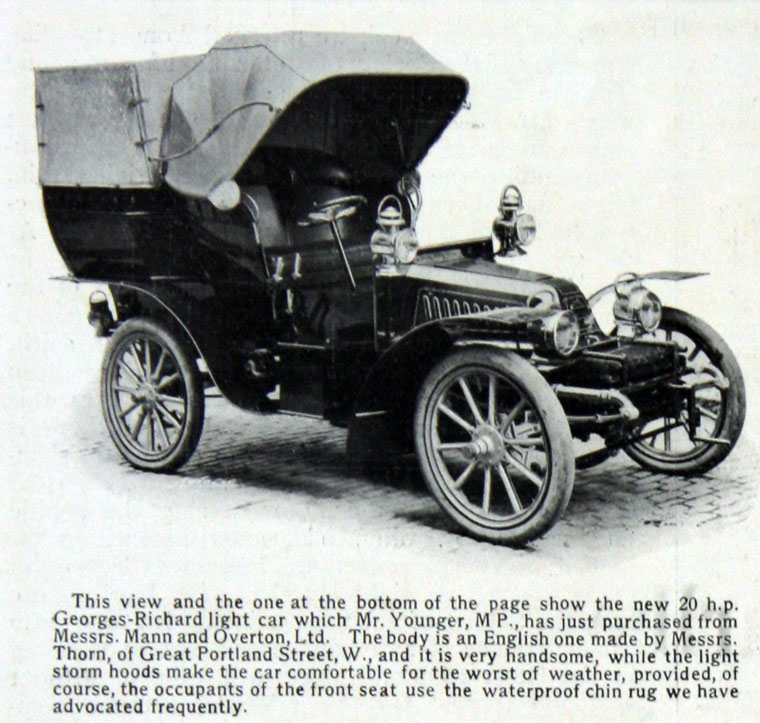 January 1903. 20 h.p. Georges-Richard owned by Mr. Younger M.P. and bought from Mann and Overtons with body by Messrs. Thorn.

Georges Richard (???? - 1922) was a Frenchman who ran a short lived automobile manufacturing firm from under his own name, copying Benz cars of the era.

In 1900, he bought a licence from the Belgian Vivinus to build voiturettes. The designer Brasier joined the firm in 1902 and the marque became Richard-Brasier.

1900 Georges Richard arranged exclusive right for selling Richard cars in England to The Automobile Manufacturing Co owned by Walter Bersey. In 1900 Walter Bersey entered two cars no. 46 and 47 in the 1900 One Thousand Mile Trial. No 47 is thought to still survive under the London registration A1834.