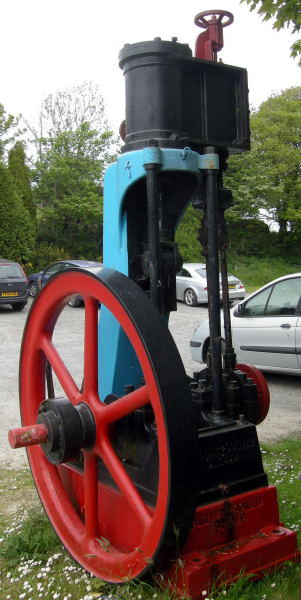 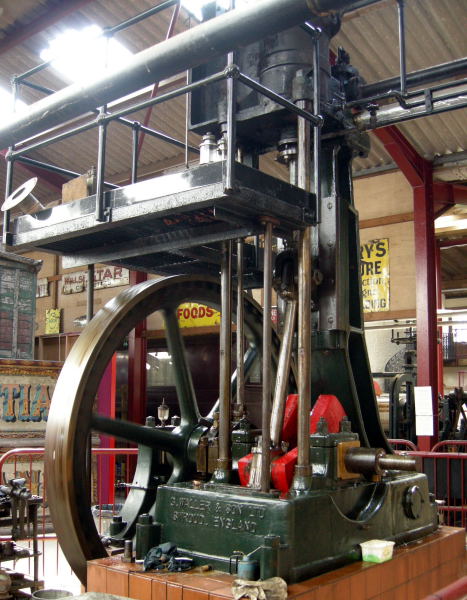 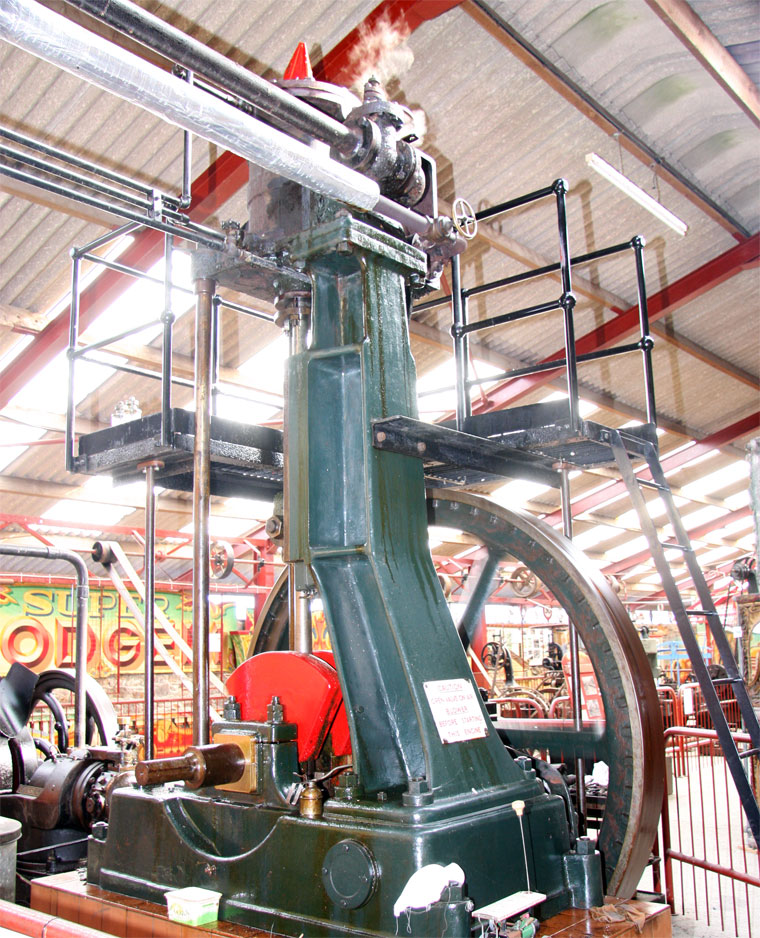 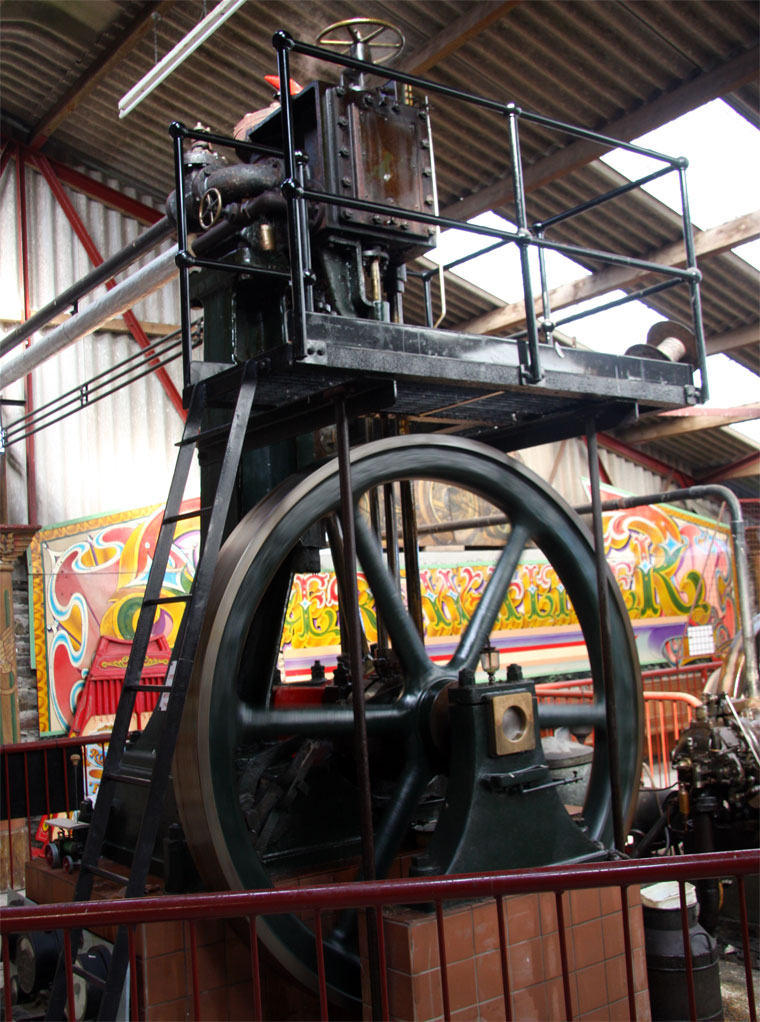 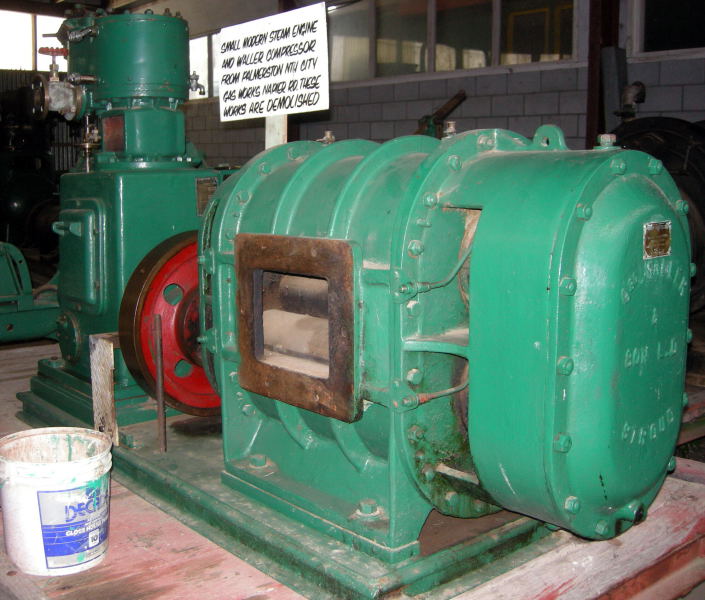 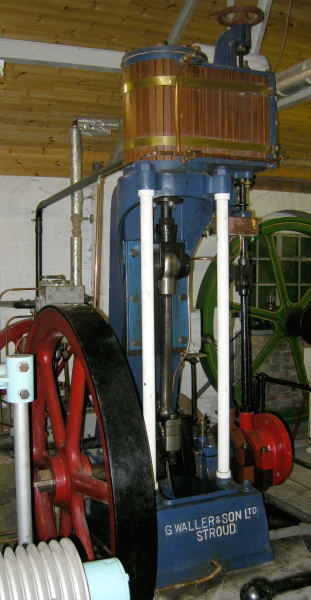 Display board behind engine at Merrywalks Shopping Centre in Stroud

Detail from display board photograph. The lathe operator on the LHS is machining a small engine crankshaft on an ordinary centre lathe. Behind the operator of the large lathe can be seen some castings for horizontal engine bedplates

Gas works and plant engineers, of Southwark (London) and Phoenix Iron Works, Stroud (Glos.). Southwark address given up at some point.

From 1872 Burton, Sons, and Waller, later George Waller and Son, a firm of mechanical engineers, occupied the foundry using it to make castings for their main factory in London, and in 1887 the firm moved the whole of its plant to the Phoenix works. Waller & Son, by then part of a larger combine, still occupied the works in 1971 when they were chiefly engaged in the production of compressed-air pumps for gas-works, sewage-works, and other undertakings; the works then employed c. 180 people.[1]

1875 Erected two hoists in the Royal Hotel, London, one for use of the visitors and the other for the luggage. [3]

1879 Partnership dissolved. '...George Waller and Frederick Colyer, as Engineers, Millwrights, and Iron Founders, and carrying on business at John's place, Holland-street, and Bear-gardens, both in the county of Surrey, and also at Stroud, in the county of Gloucester, under the style or firm of George Waller and Co., was this day dissolved by mutual consent. And notice is further given, that the said business will henceforth be carried on by the said George Waller on his own account...'[4]

1944 Bryan Donkin Co and W. C. Holmes and Co each acquired half interest in George Waller and Son Ltd[8].