Former works of George Saxon, at the junction of South St and Tram St, Openshaw, as seen in November 2008 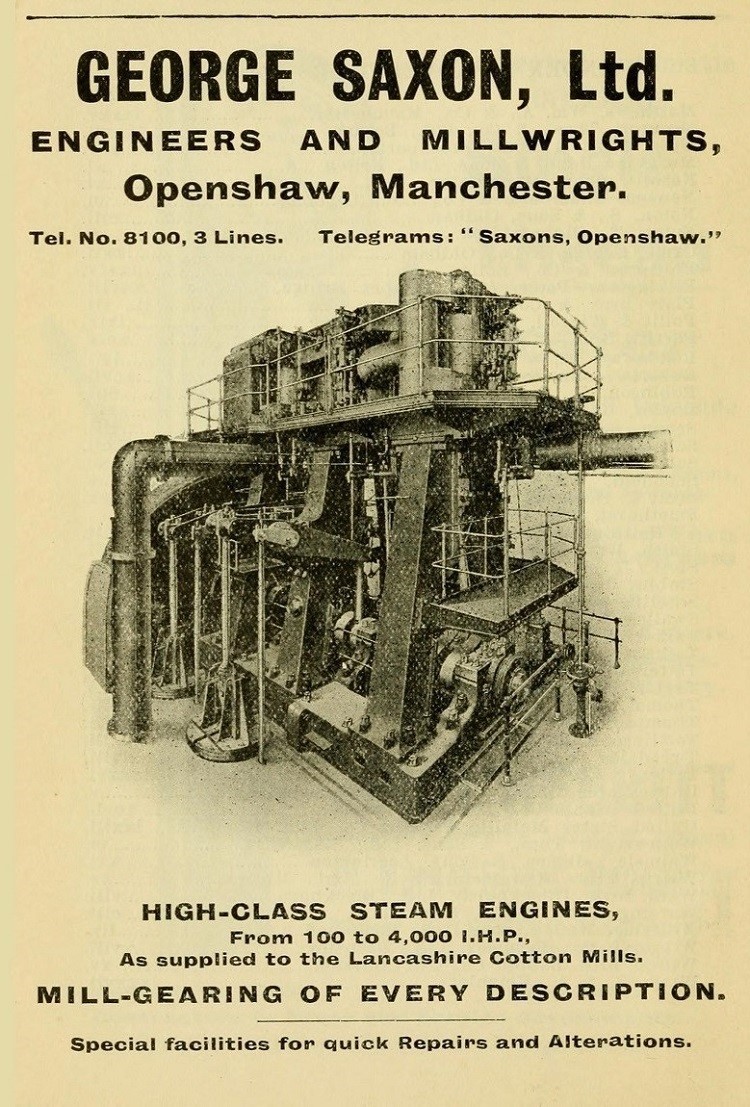 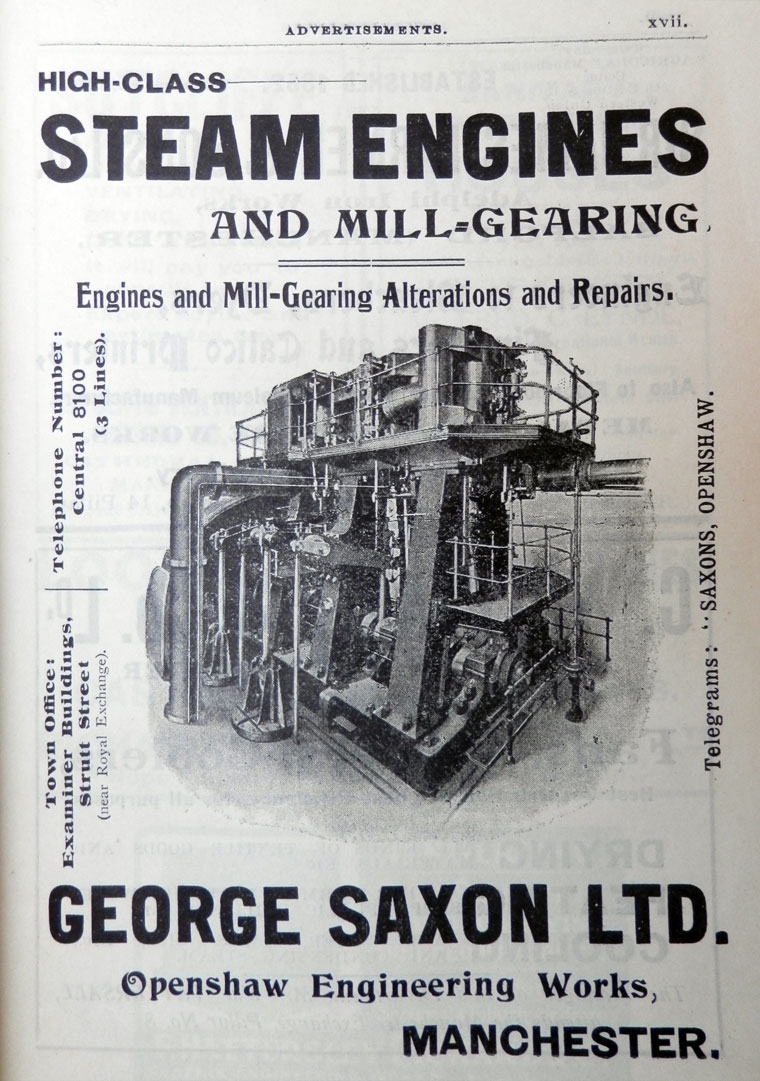 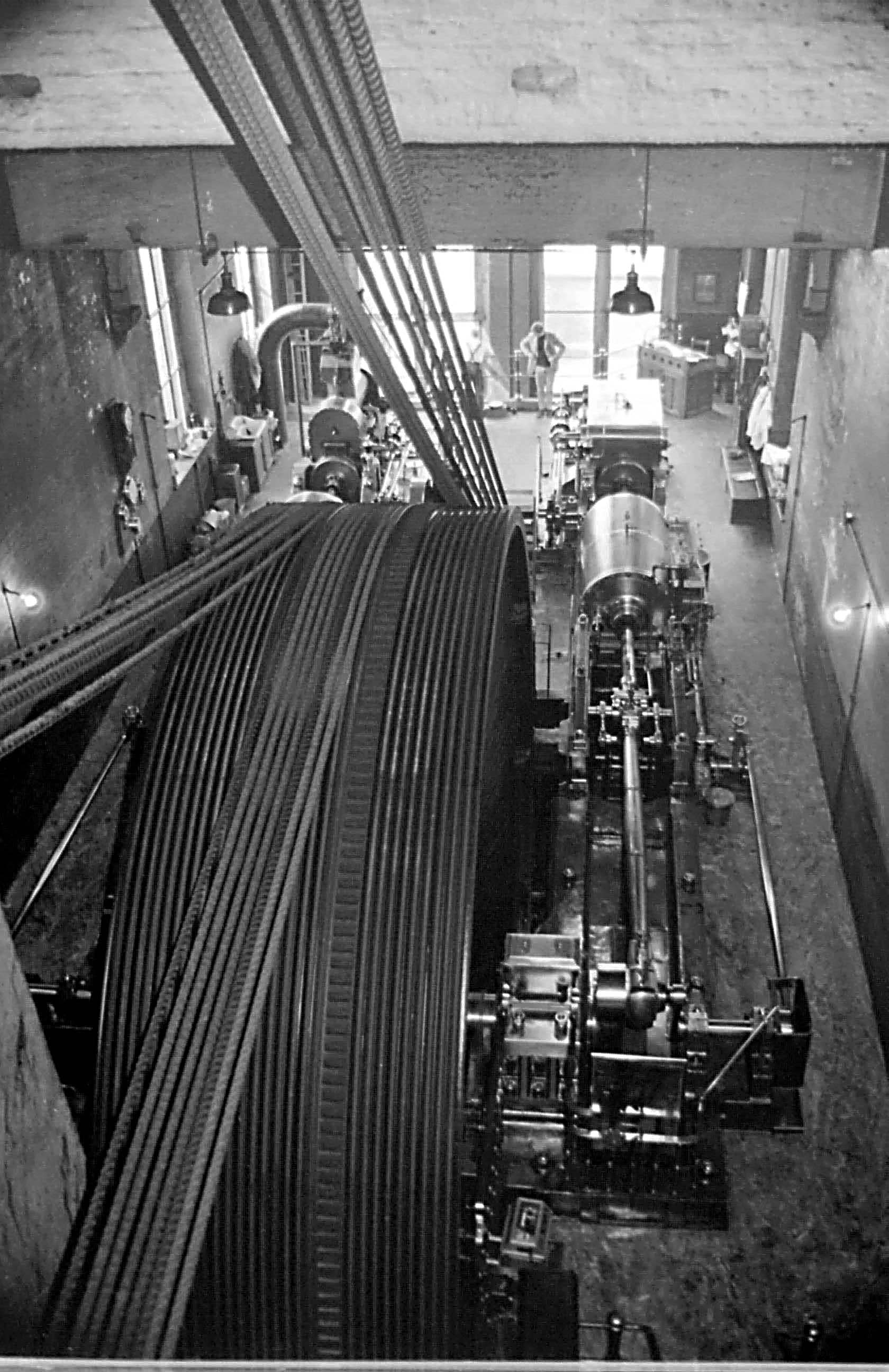 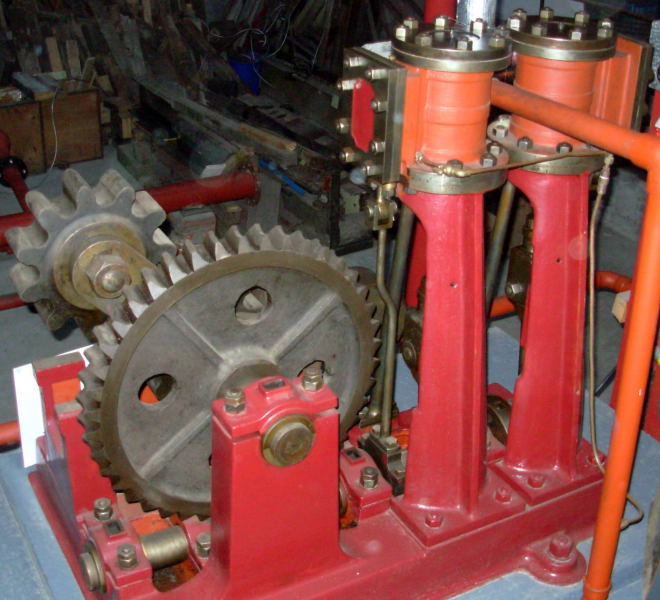 1909? Two-cylinder barring engine from a 1300 IHP engine at Hawthorn Mill, Chadderton, near Oldham. The gears would be engaged with the flywheel in order to ’bar’ the engine over slowly. On display at the Bolton Steam Museum (Northern Mill Engine Society) in Bolton 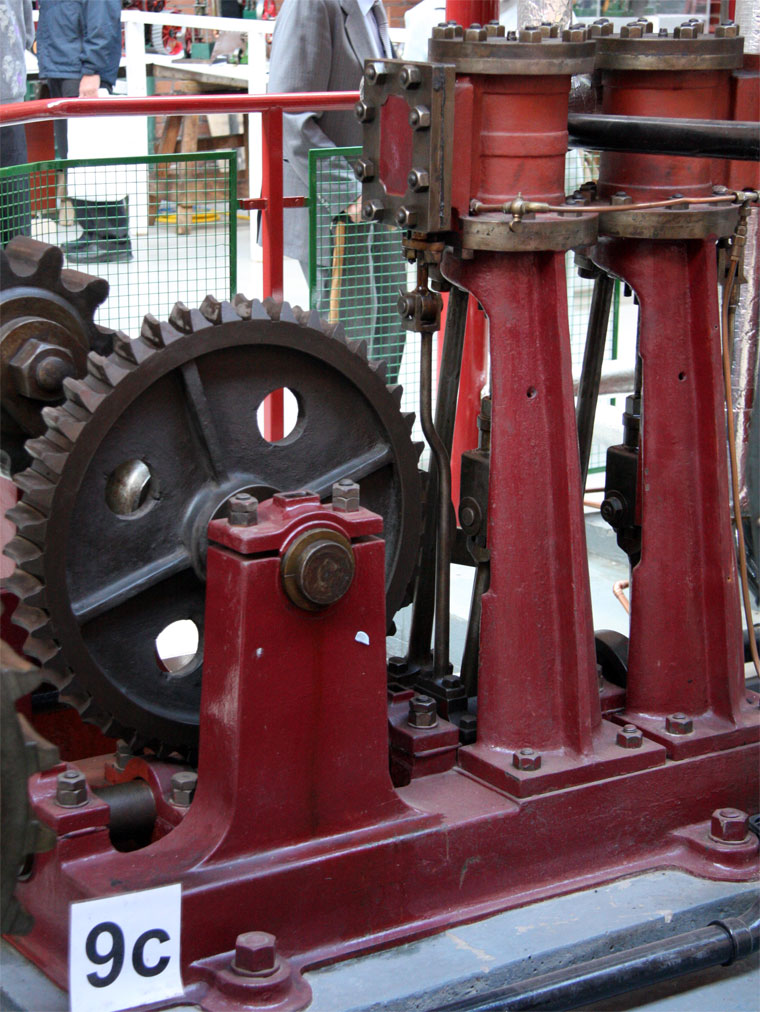 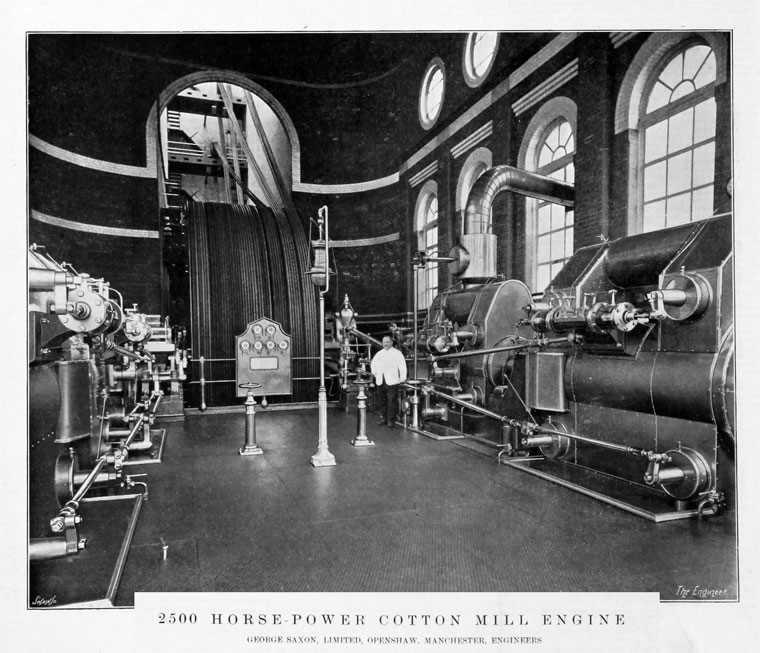 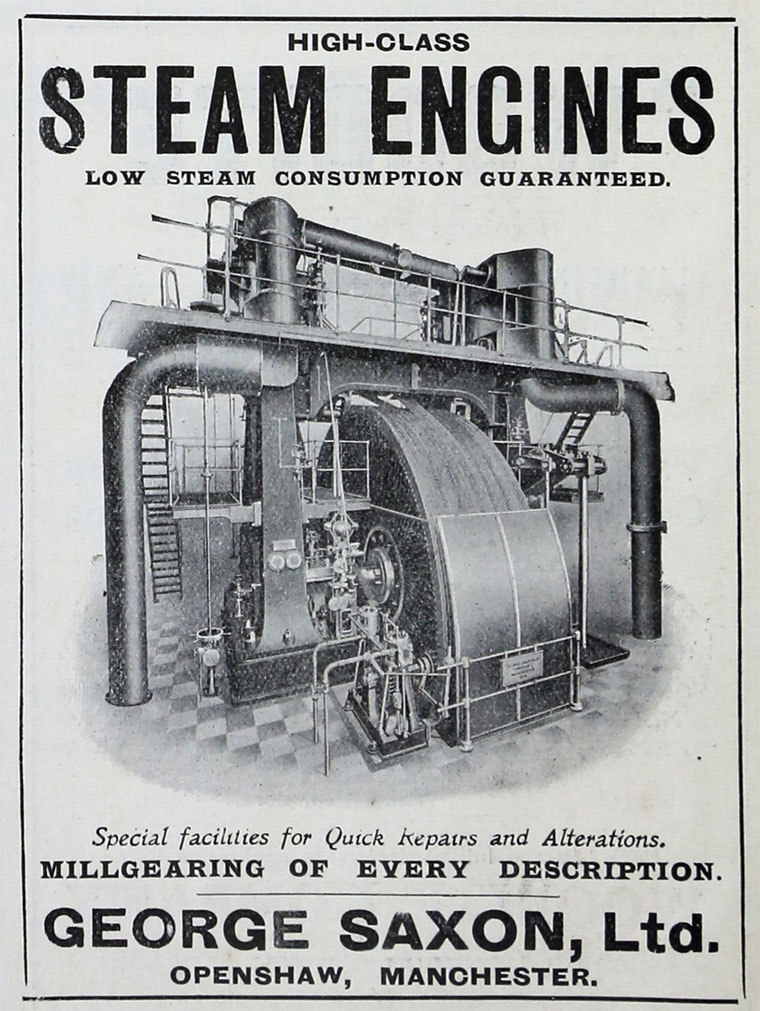 1903 Engine for the Tudor Mill, Ashton-under-Lyne

1903 2200hp Twin Tandem Compound Engine for Magnet Mill, Oldham. A set of valve gear from the RH High Pressure cylinder of this engine is believed to survive at Manchester Museum of Science and Industry, but is not on display.

1913 Steam engine at Pear New Mill, Bredbury. This was a very large double ‘Manhattan’ engine, having horizontal high pressure cylinders and vertical low pressure cylinders, driving a pulley grooved for 73 ropes. It was designed to produce 4000 HP, but in the event only half of the mill was completed, so only half of the engine was used. Photographed by George Watkins in 1952.[2]

Barring engine for mill engine. Exhibit at Manchester's Museum of Science and Industry