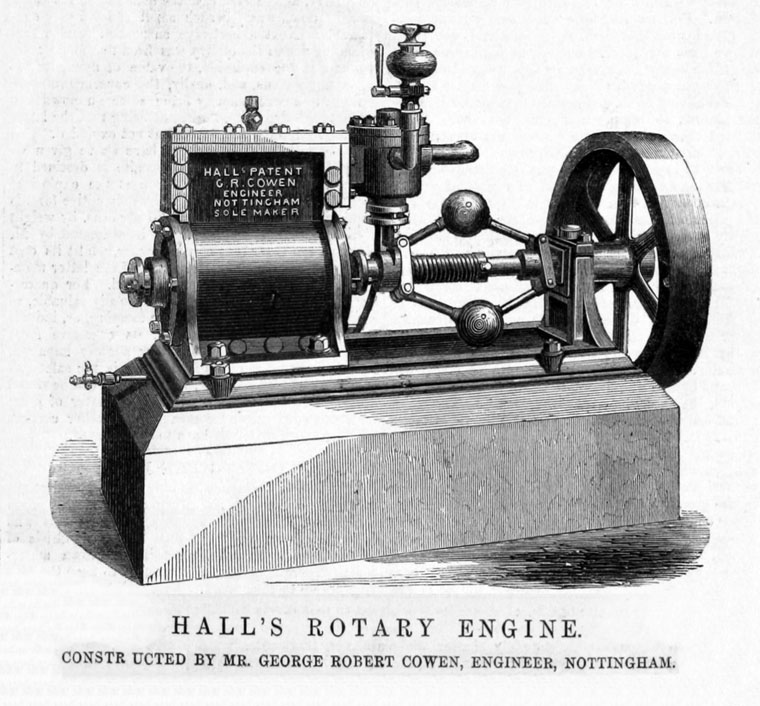 GEORGE ROBERTS COWEN was born at Sheffield on 18th December 1817, being the eldest son of Mr. Robert Cowen who removed to Nottingham in the following year.

He was educated at the Nottingham Grammar School, and, after serving his apprenticeship at the Beck Works, Nottingham, founded by his father in 1822, he spent some time in Leicester as foreman at Mr. B. Cort's Foundry.

Mr. Cowen retired from the business in 1882, his two sons having entered the firm previously.

Having been engaged in a general engineering, ironfounding, and boiler-snaking business for so many years, he had acquired an extensive knowledge of its various branches, and was especially experienced in steam-power installations, of which he erected a large number in Nottingham and the surrounding district. He was one of the earliest experimenters in the manufacture of hollow fire-bars for steam-boilers, and of machinery connected with the pressing of lace and hosiery.

His death took place at his residence in Nottingham on 11th May 1907, at the age of eighty-nine.

He became a Member of this Institution in 1870, and resigned in 1888. Ten years later he resumed his Membership.