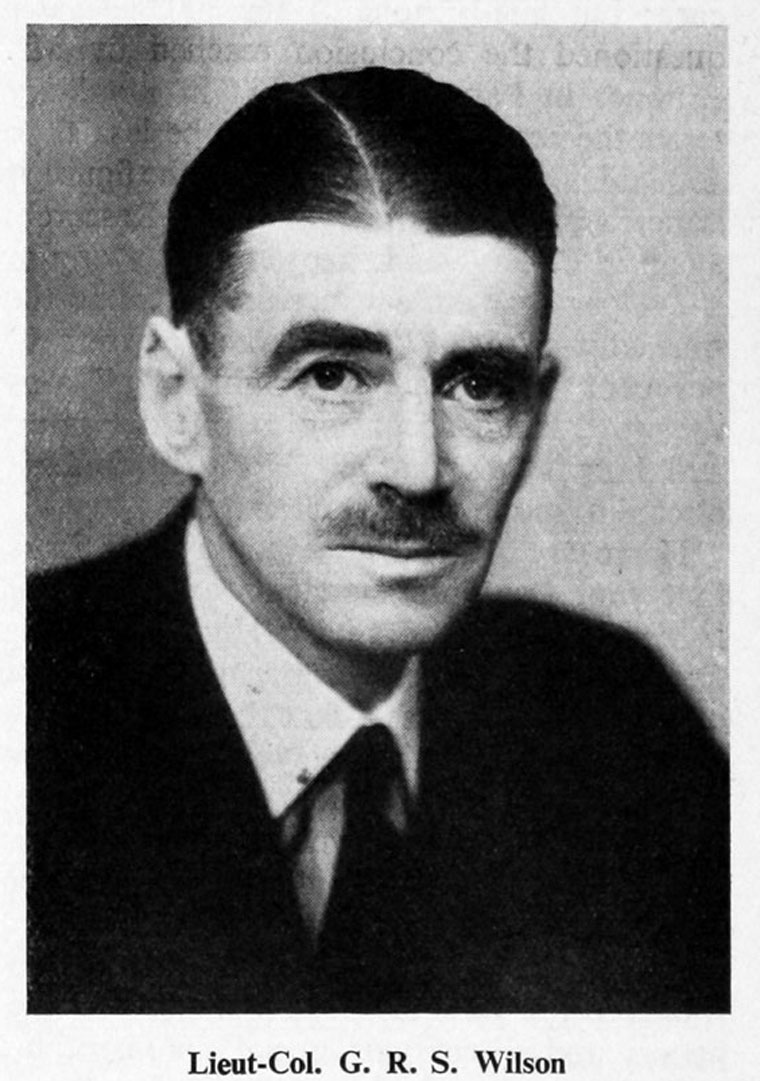 WE record with regret the death of Lieut.Colonel George Robert Stewart Wilson, which occurred suddenly, in London, on Thursday, March 20. Lieut.-Colonel Wilson, who was sixty-one, had been Chief Inspecting Officer of Railways, Ministry of Transport and Civil Aviation since 1949.

Lieut.-Colonel Wilson was educated at Marlborough and at the Royal Military Academy, Woolwich, and served with the Royal Engineers in France and Macedonia throughout the first world war.

After the war he was on the Colonial Office staff for some months, and was subsequently appointed an instructor at the Railway Training Centre at Longmoor, Hants.

Lieut.-Colonel Wilson joined the railway inspectorate at the Ministry of Transport in 1935, but was recalled to military service on the outbreak of the second world war.

From September, 1939, until June, 1940, he was assistant director of railways with the British Expeditionary Force in France. After the evacuation from Dunkirk, he resumed his work with the railway inspectorate at the Ministry of Transport and was appointed an inspecting officer in 1941. Lieut.-Colonel Wilson succeeded to the post of chief inspecting officer in 1949.

In recent years, he personally conducted the inquiries into the serious railway accidents at Harrow, Barnes and, quite recently, at Lewisham. At the time of his death, he was completing his report on the circumstances of the Lewisham disaster.

In recent years he had visited the U.S.A. and France to study safety methods in railway operation; he was also responsible for advising the Minister of Transport on the system of automatic train control adopted by British Railways. Lieut.Colonel Wilson was a permanent member of the International Railway Congress Association. His C.B.E. was conferred in 1953.