Grace's Guide is the leading source of historical information on industry and manufacturing in Britain. This web publication contains 140,435 pages of information and 227,382 images on early companies, their products and the people who designed and built them. 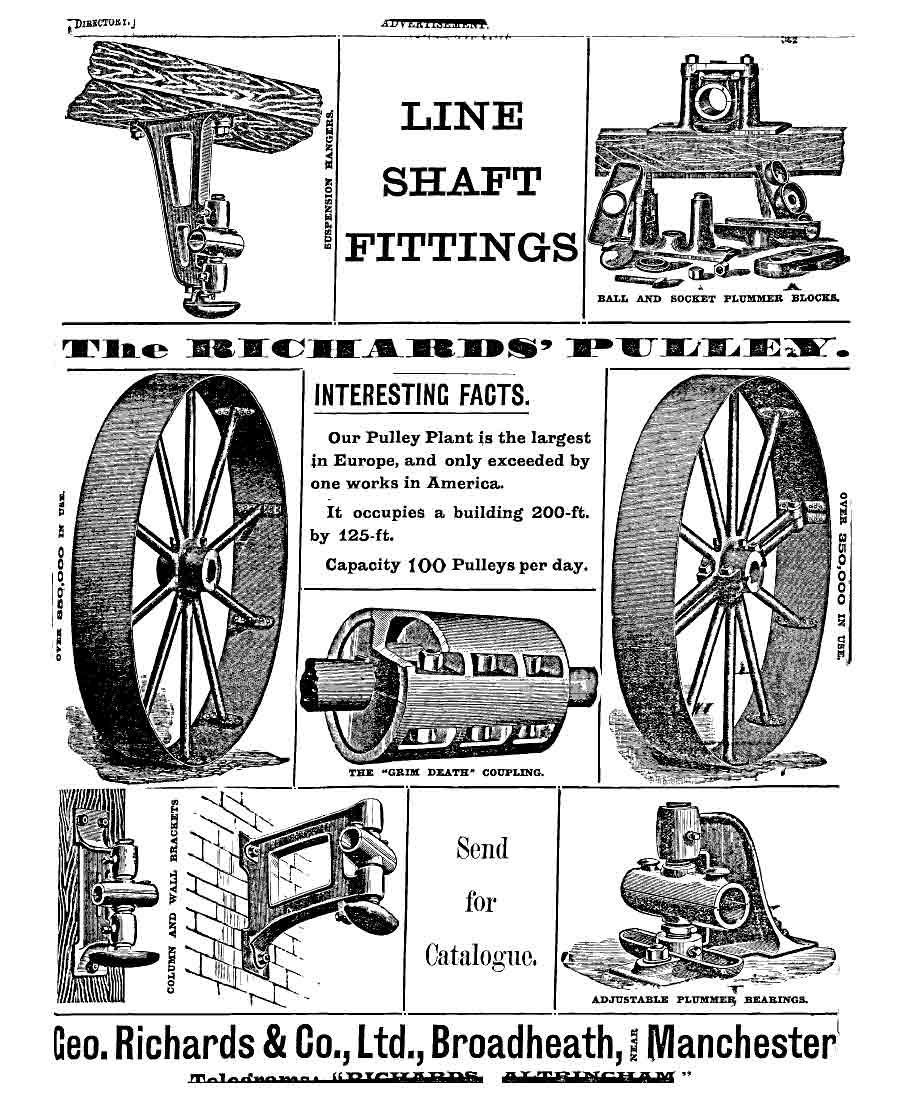 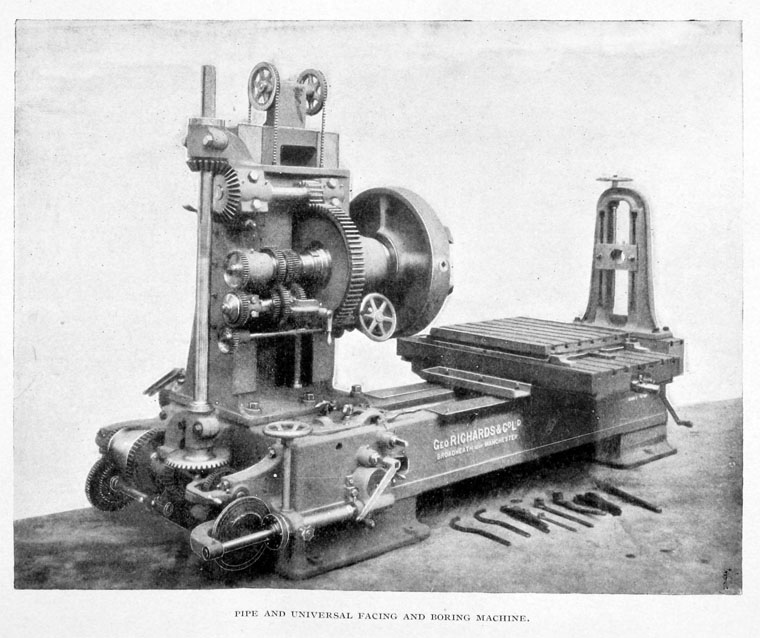 c.1900 side planing machine, which can be seen operating at Claymills Victorian Pumping Station 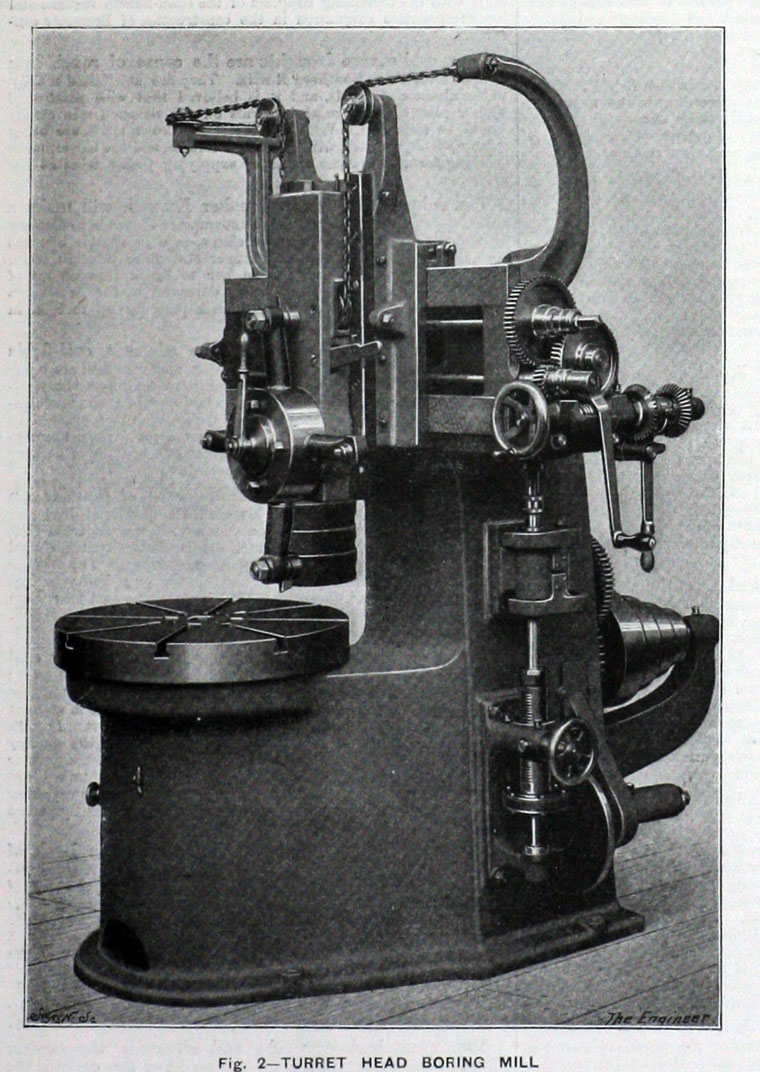 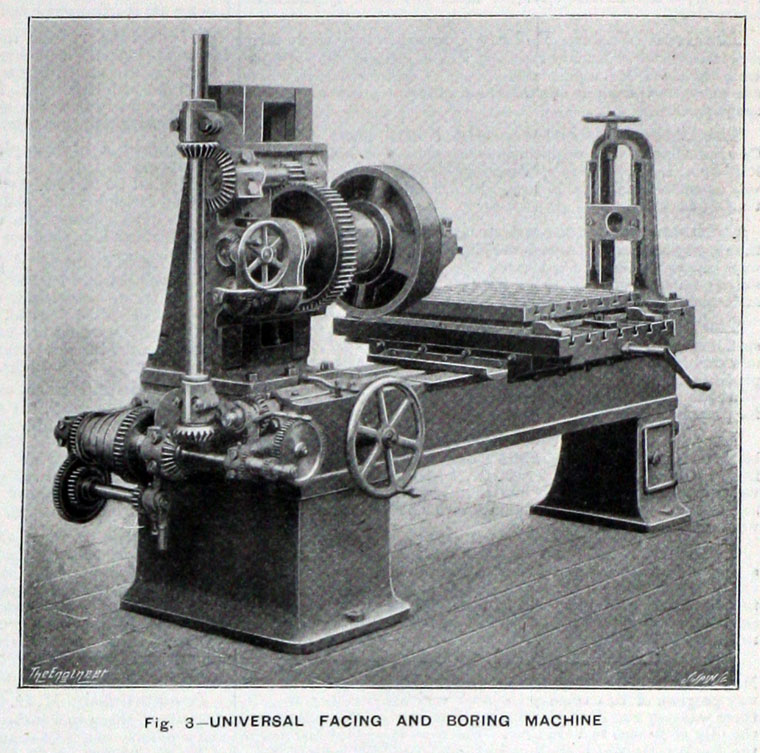 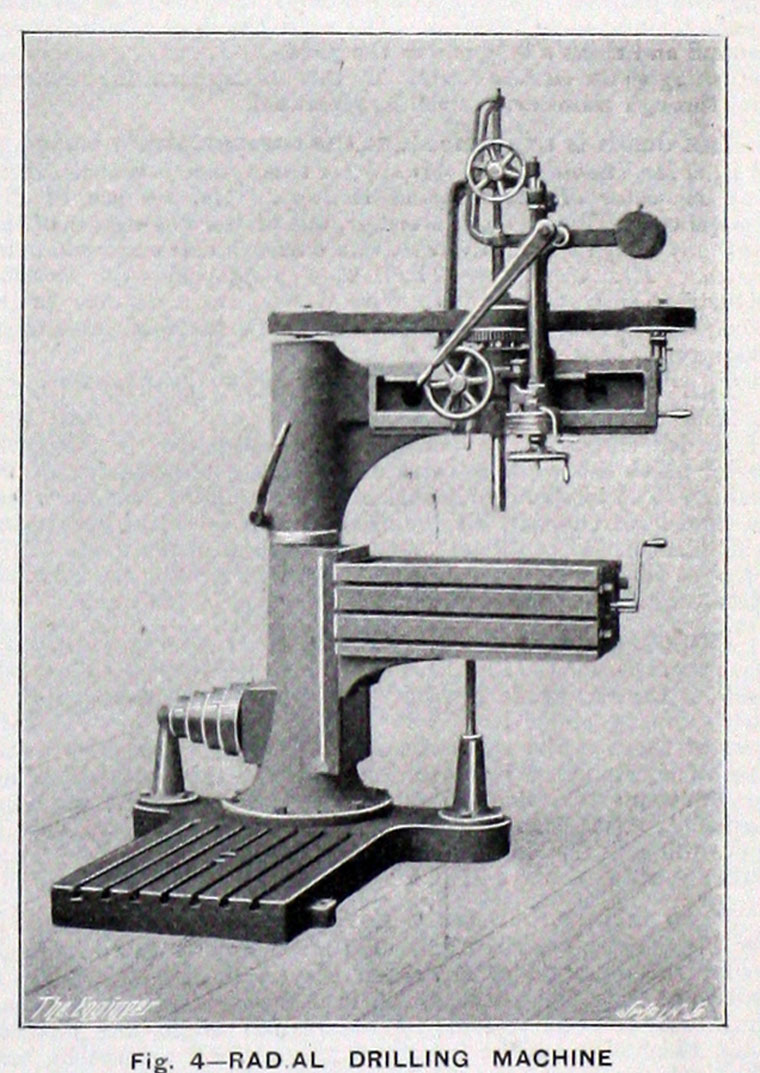 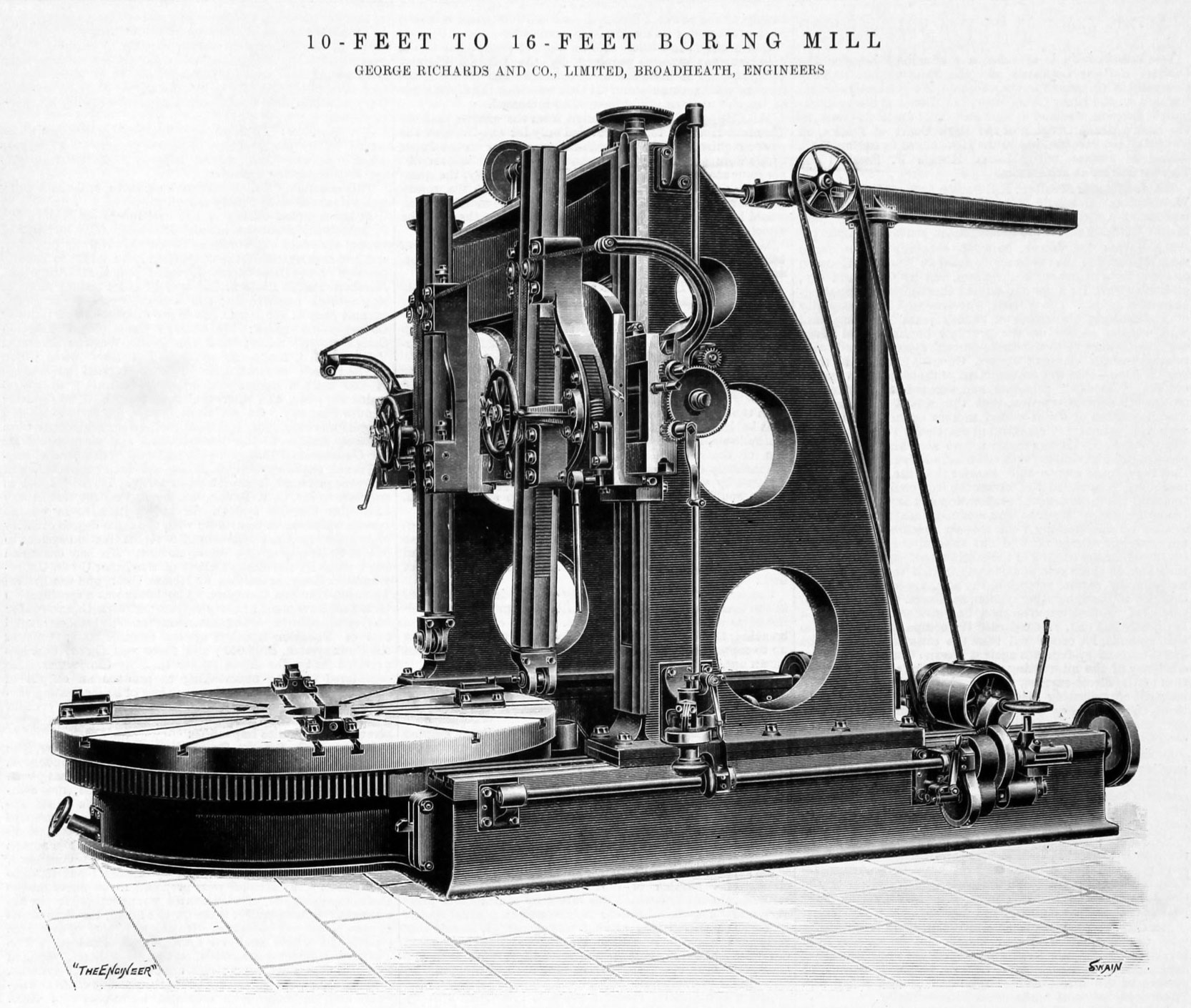 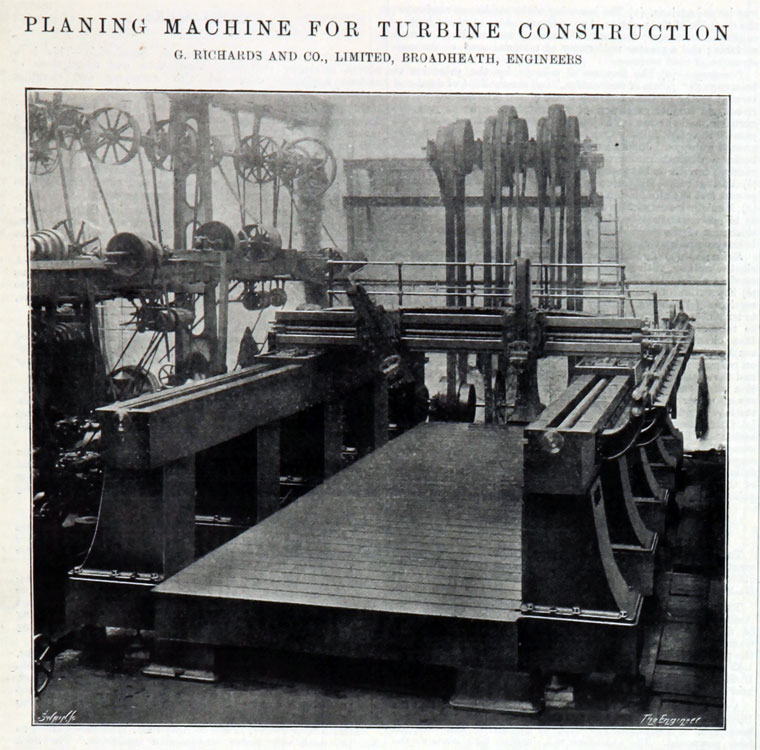 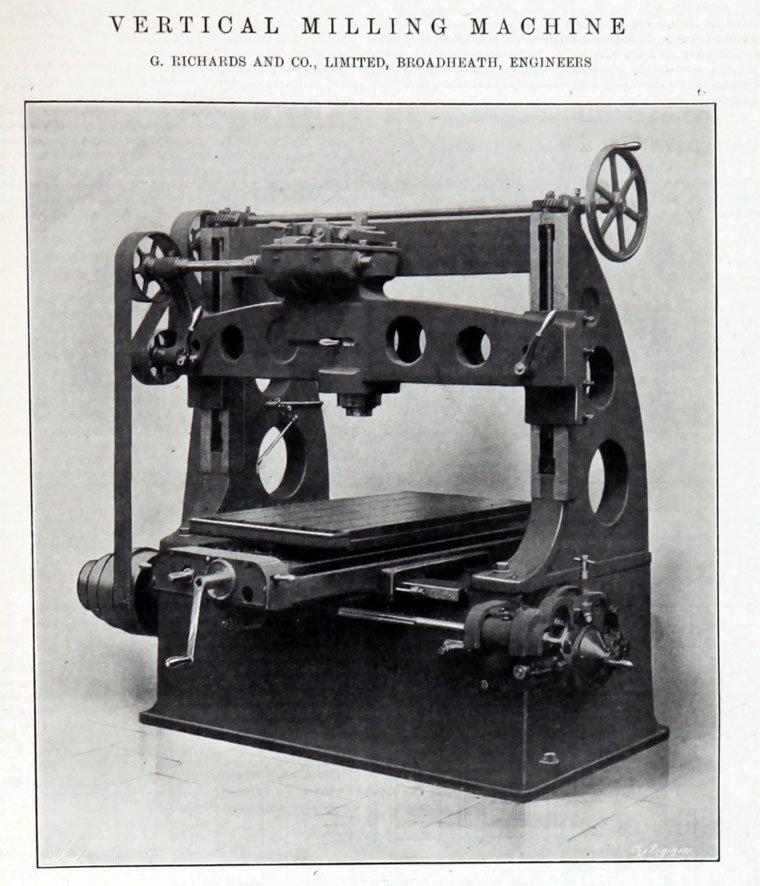 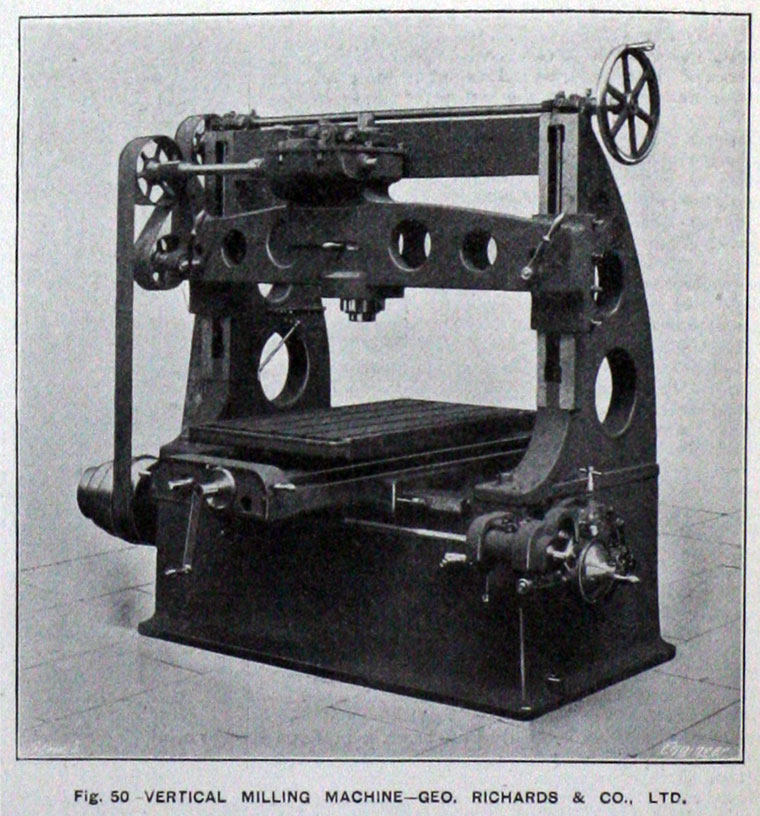 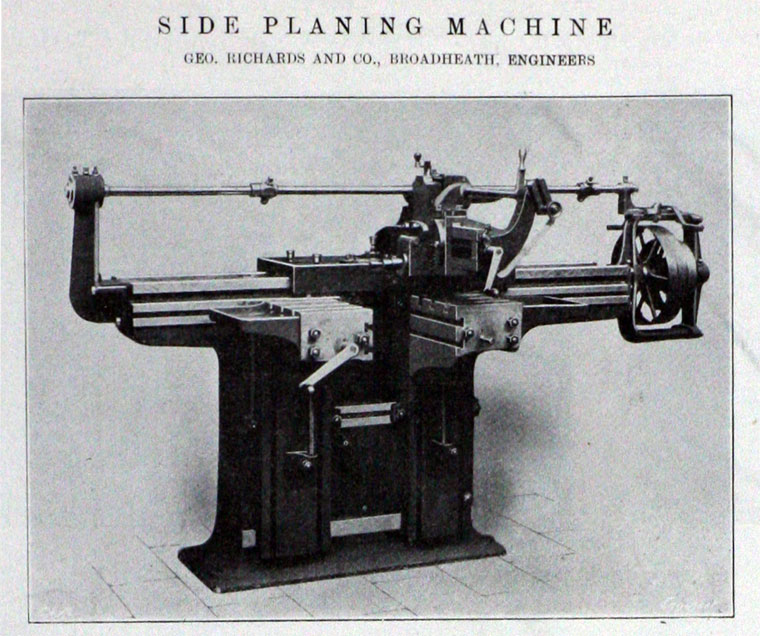 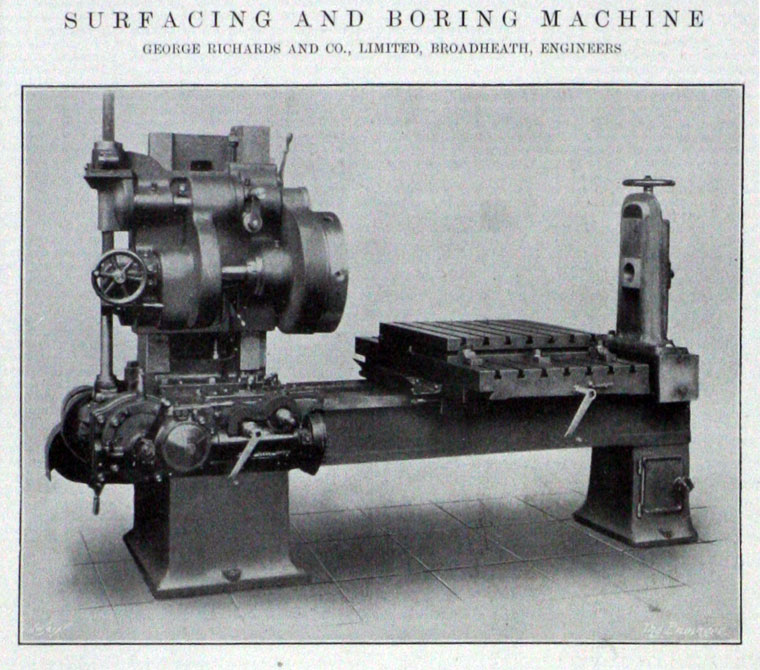 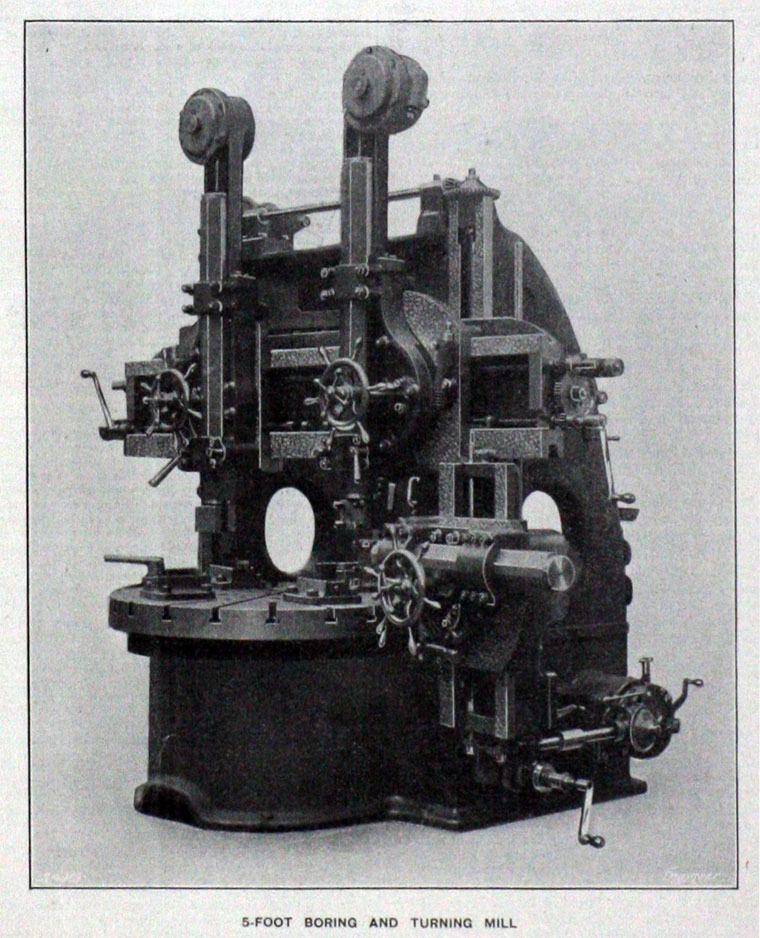 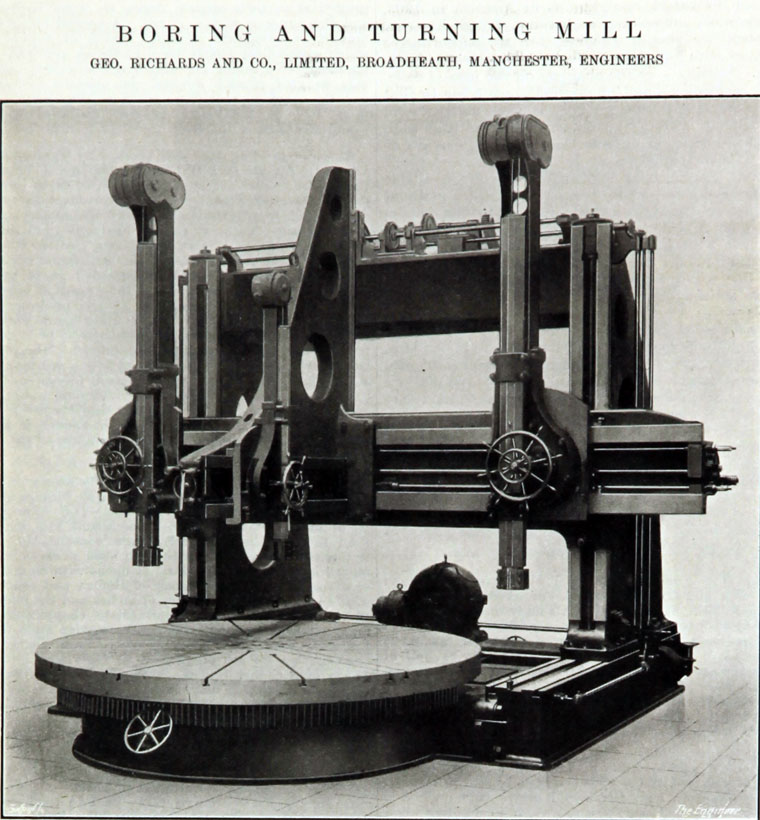 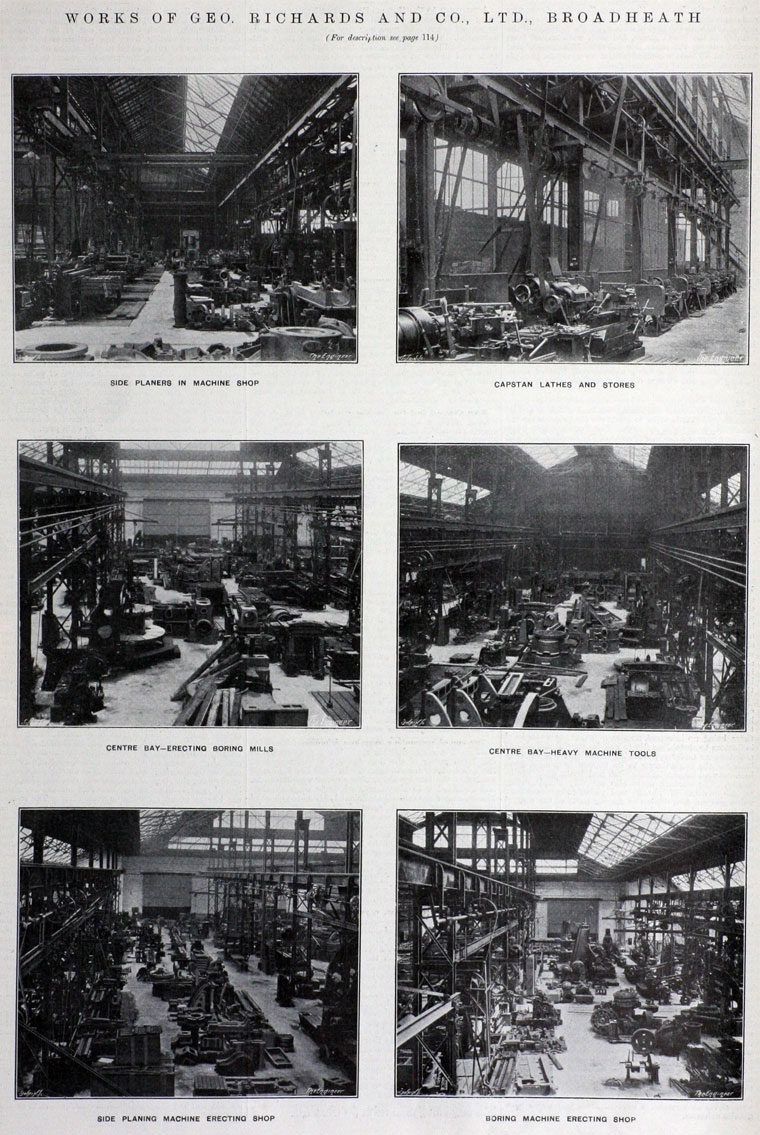 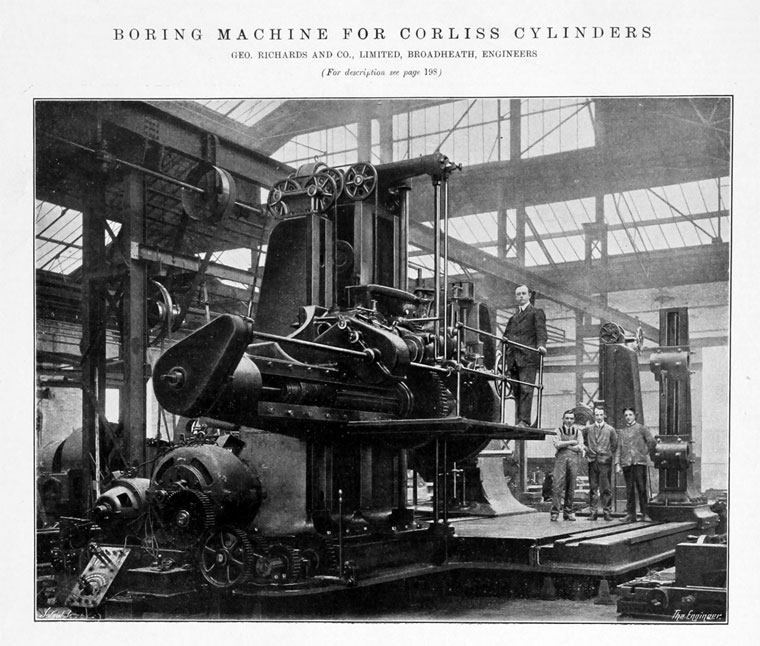 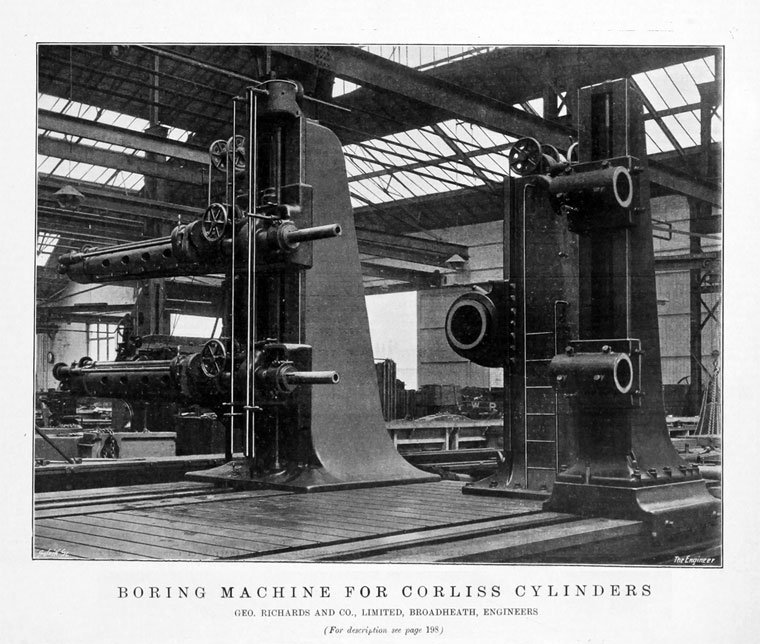 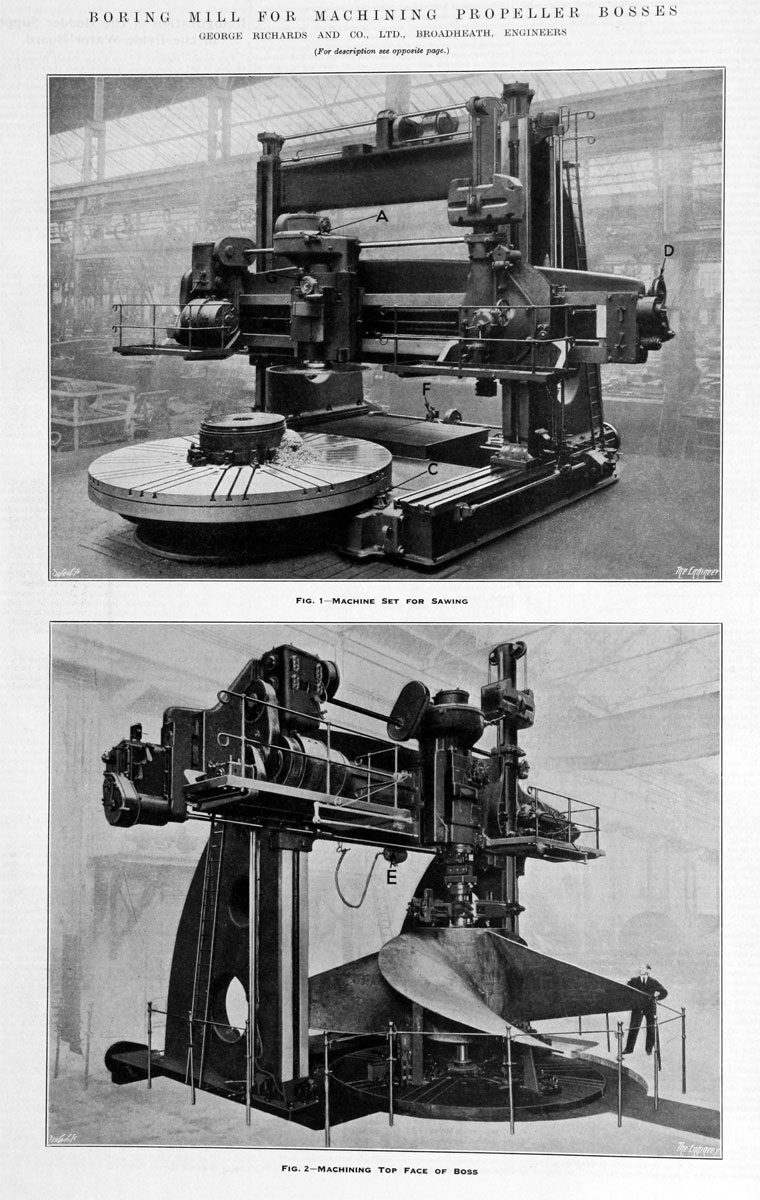 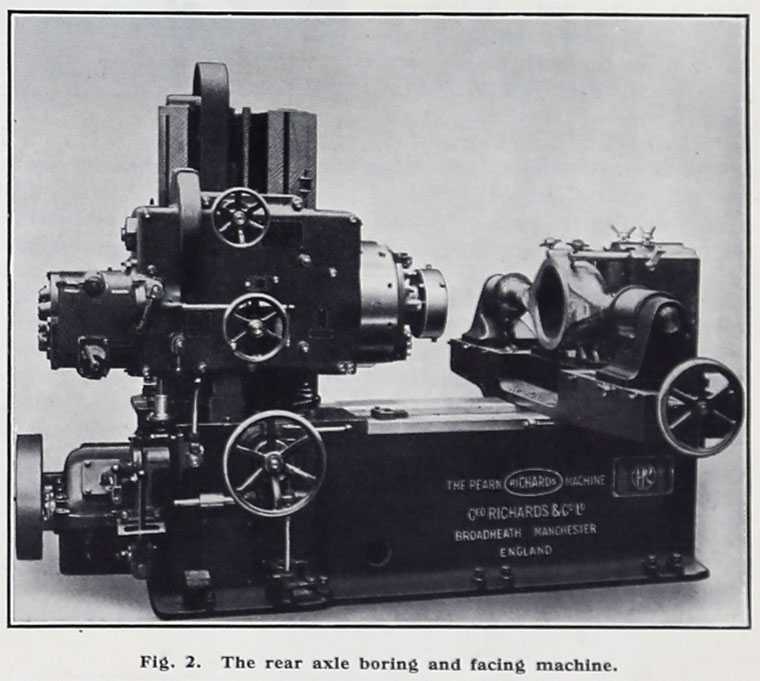 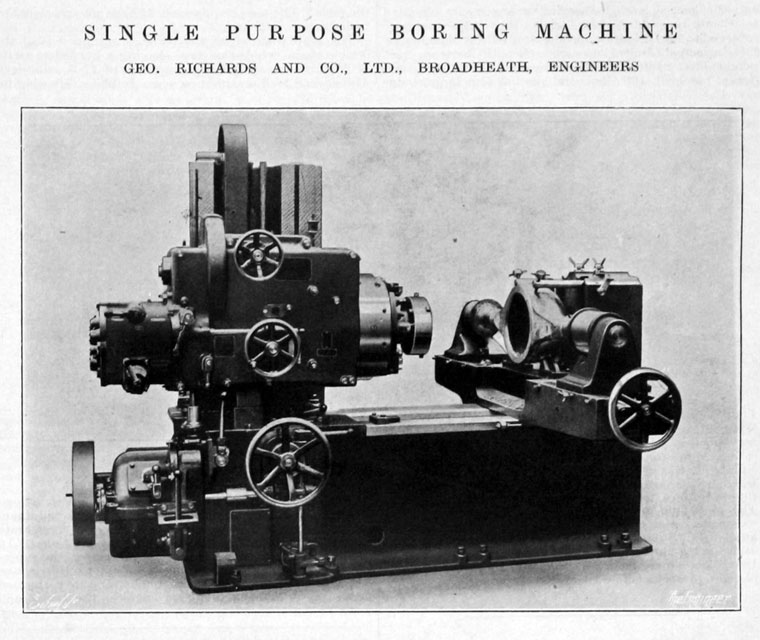 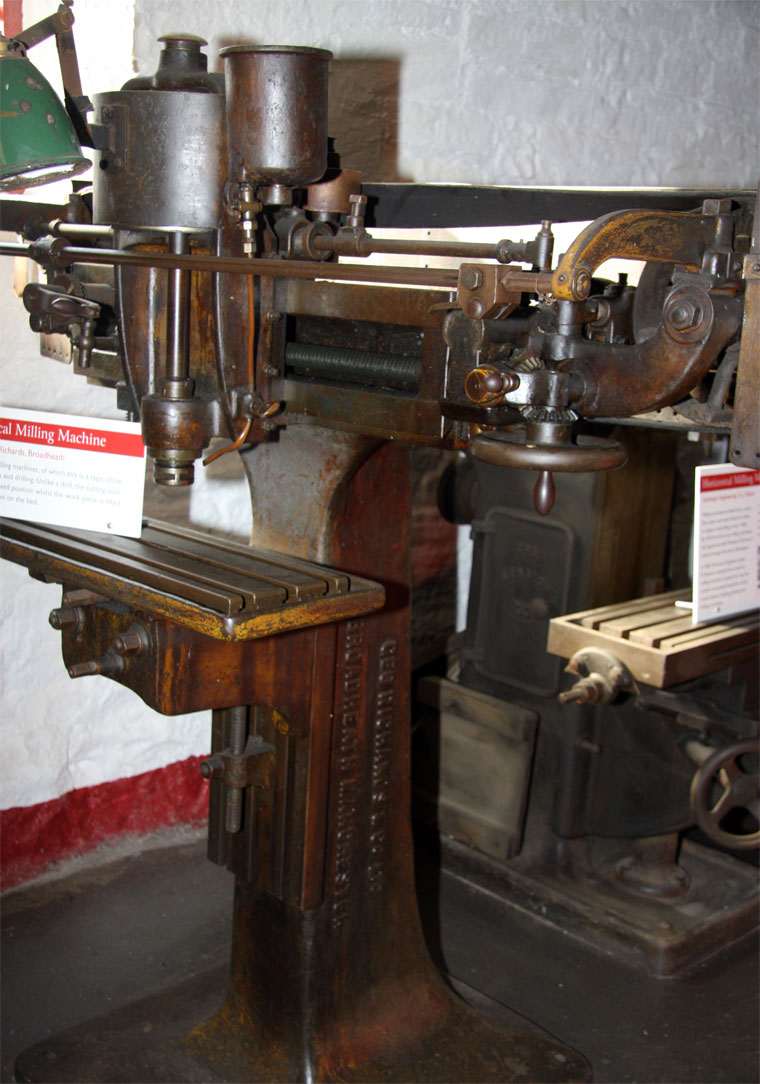 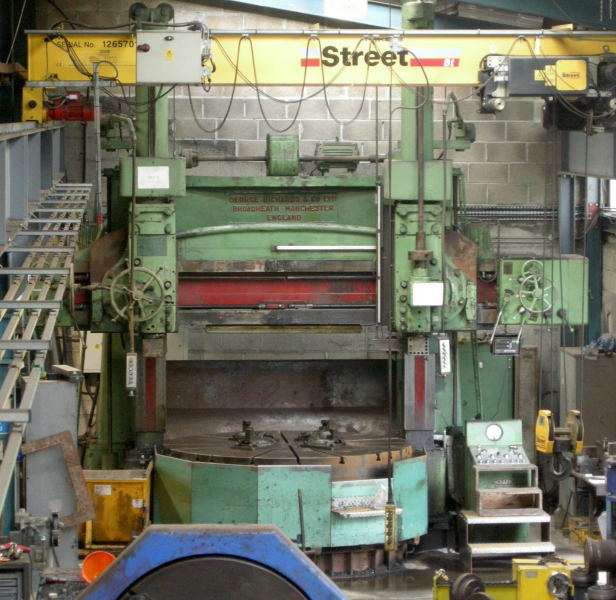 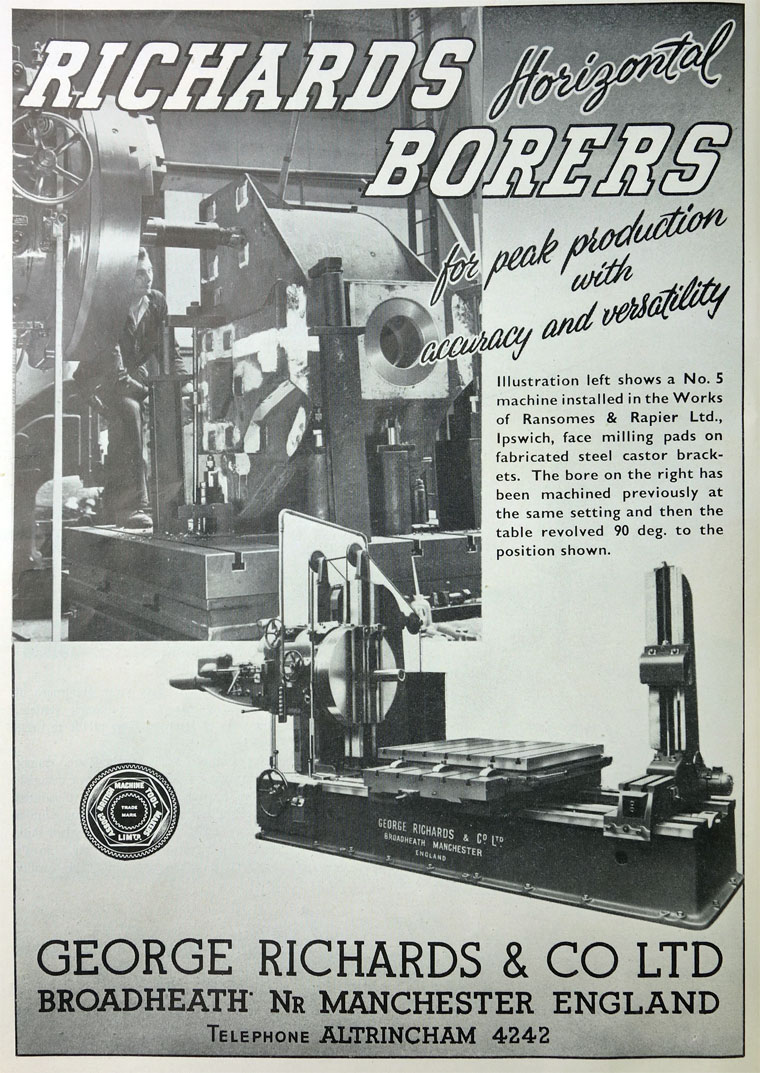 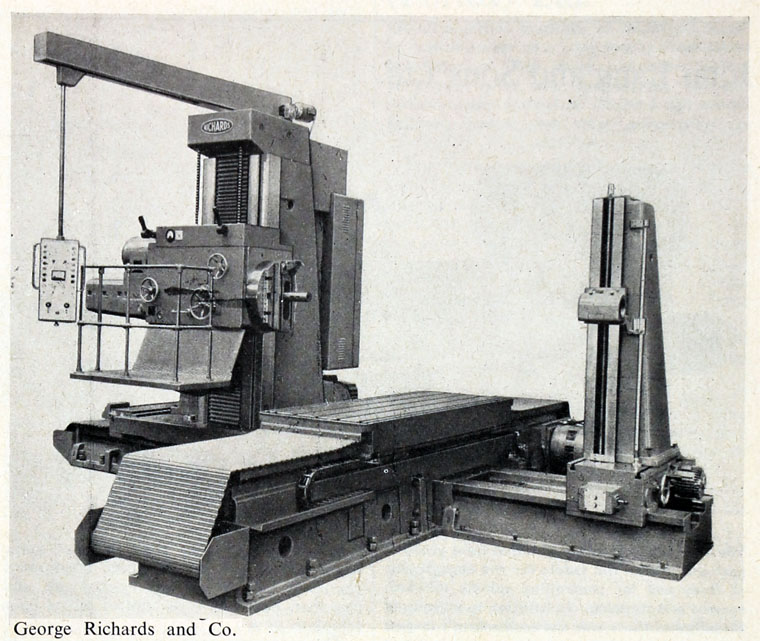 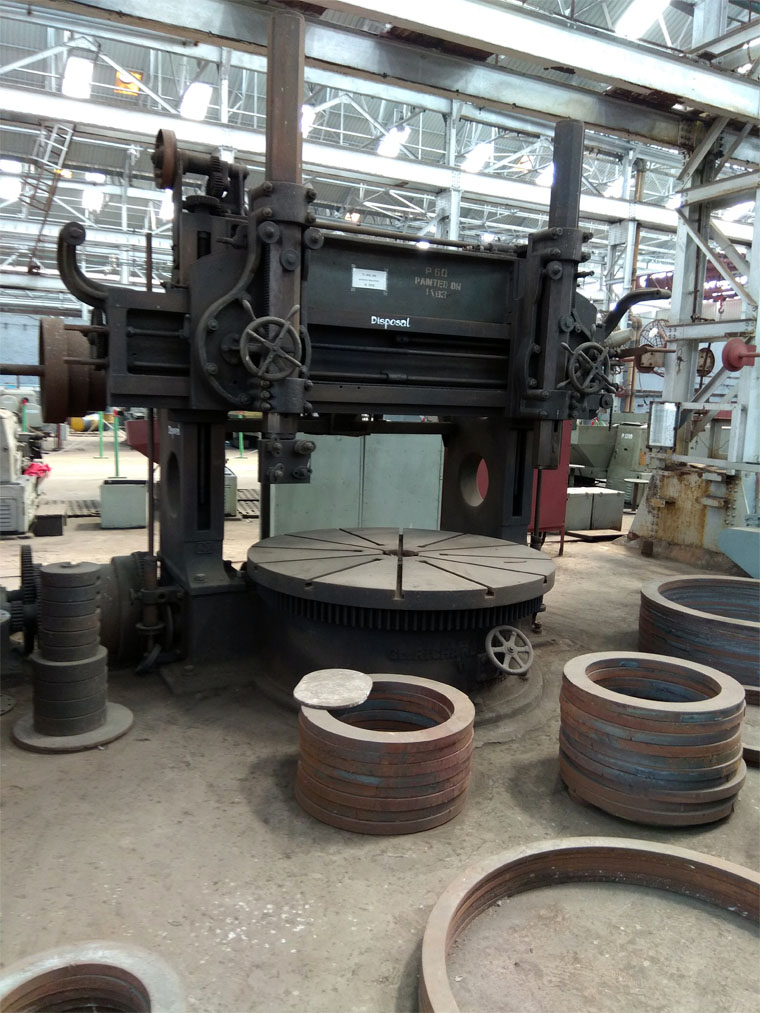 George Richards and Co of Broadheath, Altrincham were makers of Machine Tools and Line Shaft Fittings and Pulleys.

1880 Company founded by George Richards, an American, who established a factory (Atlantic Works) in City Road, Hulme, Manchester for building woodworking machinery, in partnership with Mr A Atkinson (probably E Atkinson - see Richards and Atkinson). Atkinson retired in 1885, by which time the company had moved to a new larger factory in Broadheath, Altrincham.[1], also known as the Atlantic Works.

1896 Taken over by Tilghmans but operated as a separate company

By 1912, the company had confined its activities to the manufacture of high class machine tools including the Pearn-Richards patent universal horizontal surfacing, boring, miffing, drilling and tapping machines.[7]

1920 Article on new taper boring head for Vertical Boring Mills in 'The Engineer'. [9]

1961 Engineers, specialising in boring and turning mills, slot drilling and key-seating machines, and side planing machines. [10]

1965 January: Was still in the red but the owners, Staveley Coal and Iron Co, expected further improvement[11]

1967 The foundry was closed as part of the rationalization of foundries in the machine tool division of Staveley Industries; Kearns had been given responsibility for horizontal table borers, into which factory Richards' production was moved[12] - see Kearns-Richards