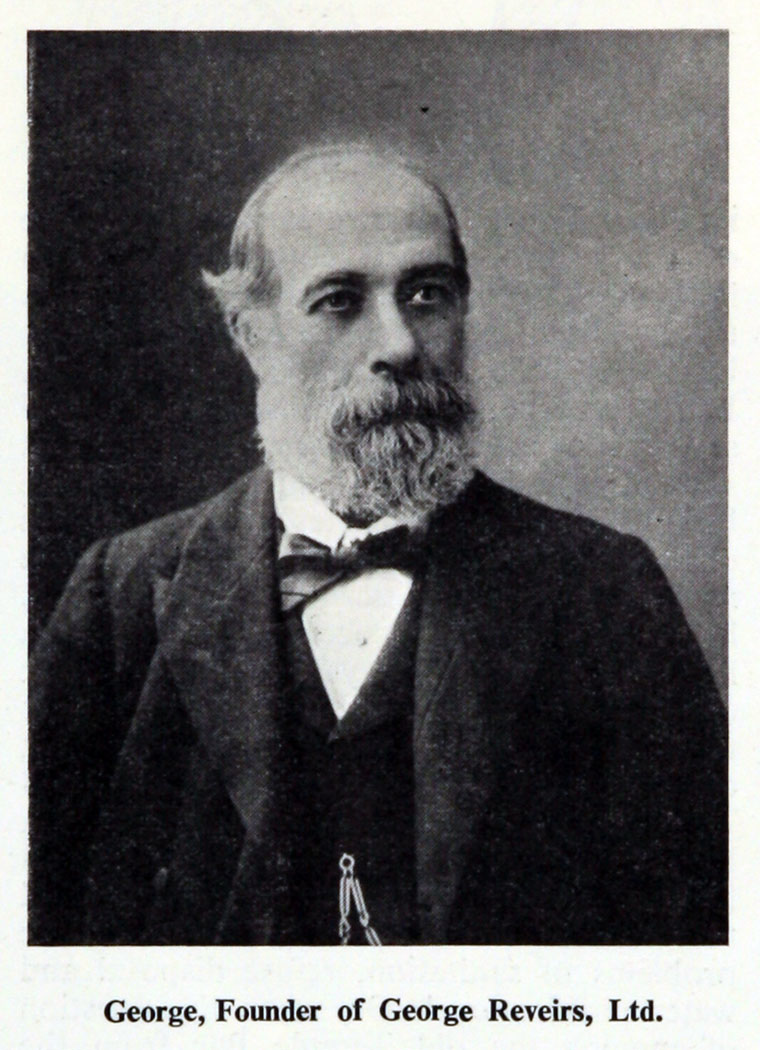 George Reveirs (c1831-1911), printer of The Engineer. Read about the history of his company in relation to The Engineer publication here.

George P. Reveirs was his son.

"IT is with the deepest regret that we record the death of Mr. George Reveirs, bead of the house which for many years has printed The ENGINEER. When the paper was established in 1856 Mr. Reveirs was foreman compositor at Messrs. Taylor and Greening's, who then printed it.

On Mr. Greening's retirement the business pased into the bands of Mr. Samuel Taylor, and when he died in 1874 Mr. George Reveirs acquired it. Hence it will be seen that be was associated with this paper from its very beginning.

No paper was ever more faithfully served by its printer. Mr. Reveirs was of the old school of employers, be retained the business entirely in his own hands, and took that personal interest in his work people which was a characteristic of the best masters of old days. His devotion to the interests of his clients made him at times severe, but his strict justice, his generosity, and his real heartfelt interest in the welfare of all who worked for him won for him the attachment of his whole staff; and whilst his integrity and high honesty made him respected by all who bad business dealings with him, his personal qualities gained their affection. He lived a life which was almost wholly given up to work, and not until failing health and increasing years compelled him to do so did he retire from the active management of his house, leaving it in the bands of his eldest son. He was in his seventy-ninth year. "[1]