Grace's Guide is the leading source of historical information on industry and manufacturing in Britain. This web publication contains 140,754 pages of information and 227,392 images on early companies, their products and the people who designed and built them. 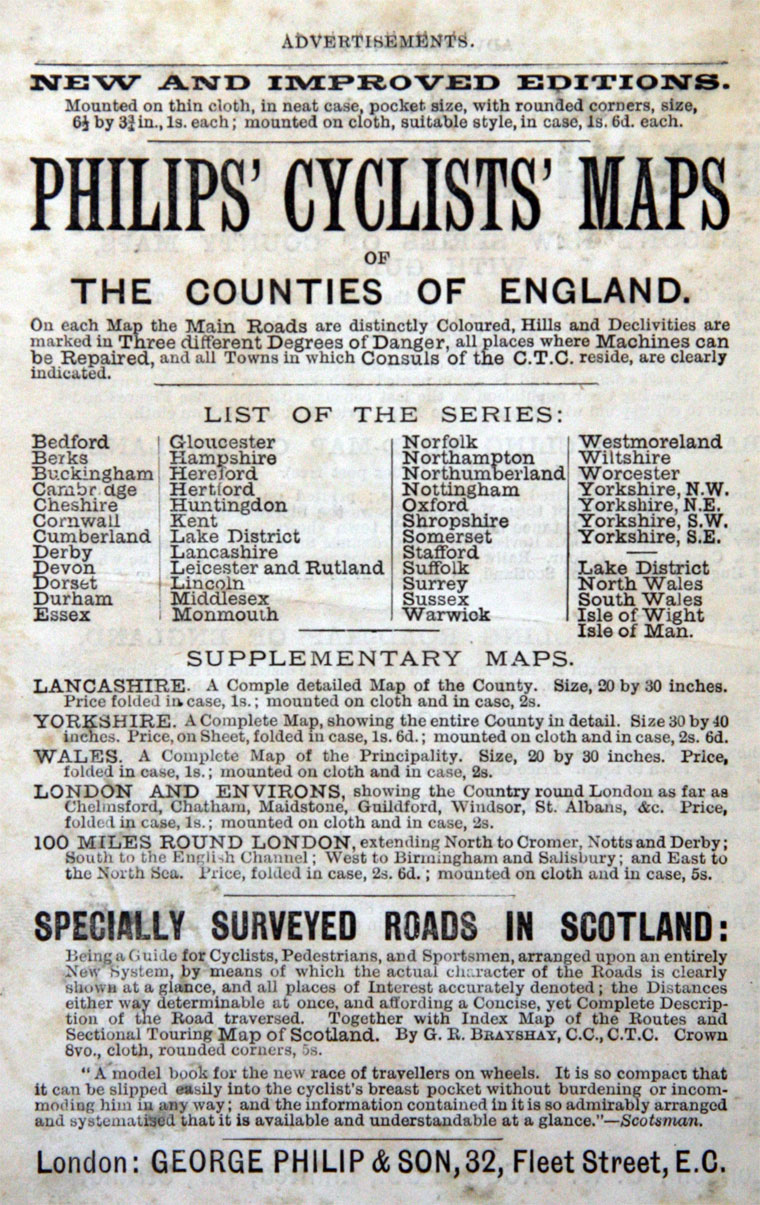 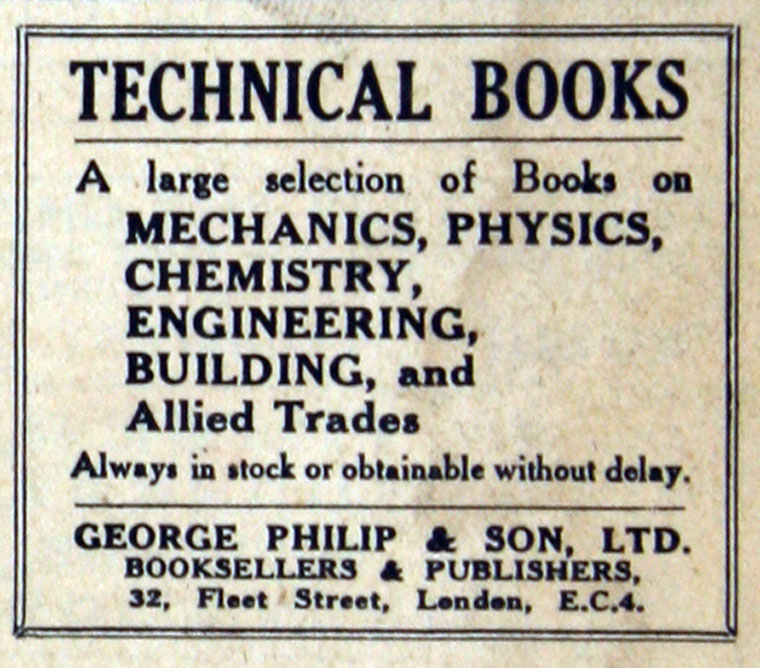 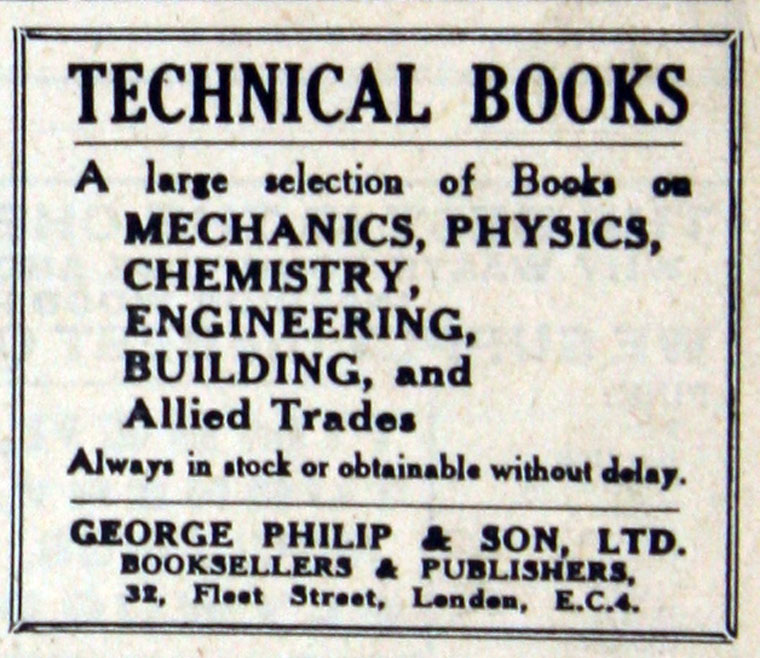 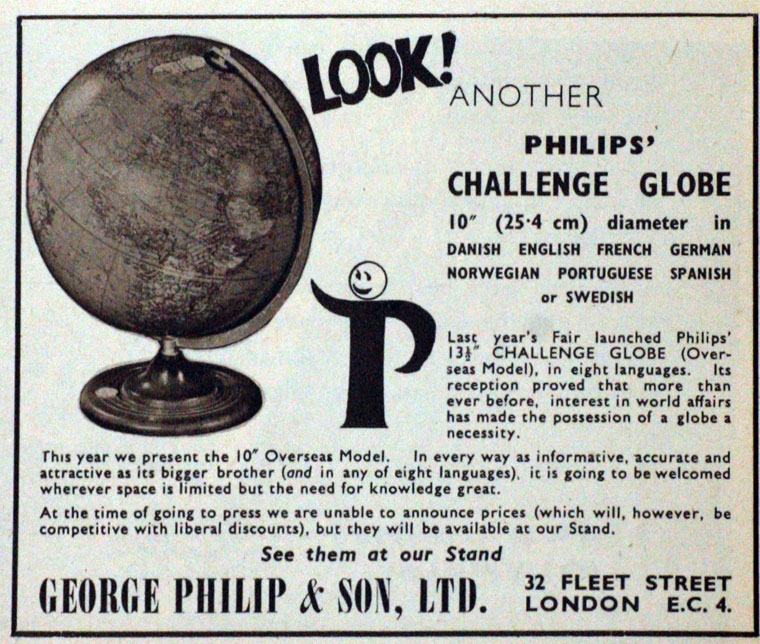 1800 George Philip, cartographer and map publisher, was born at Huntly, Aberdeenshire, Scotland. His father, John Philip, a farmer, and his wife, had at least three sons and a daughter. The family was staunchly Calvinist: two of the sons became ministers and the teaching of the local minister, George Cowie, inspired George to promote education for all.

1819 He went to Liverpool where his brother, Robert, was a nonconformist minister. As a prolific writer of devotional books, Robert was familiar with the local book-selling trade and through Robert's introduction George became assistant to the leading Liverpool bookseller, William Grapel.

1834 He set up his own business as bookseller and stationer in Paradise Street, but rapidly expanded to produce books, particularly maps and educational works, and within the first year had to move to larger premises, the Atlas Buildings in South Castle Street. He placed orders with well-known cartographers, notably John Bartholomew the elder, August Petermann, and William Hughes, for maps on copper plates which he printed and had hand-coloured by his women tinters. His maps ranged from the expensive Imperial Library Atlas (1864) to an atlas costing as little as 3d. and, although the bulk of his production was for the commercial, and particularly the educational market, he also produced important scientific maps, notably of North America, especially the Arctic and Pacific Northwest, and of the West Indies.

1848 George II was admitted as a partner in the business. It is likely that Philip took into his care his nephew, Thomas Dash Philip (1829–1913), after the death of his father, Philip's brother John, in 1837 (such care for his family was typical — he also supported his sister in her old age).

1851 Thomas joined the firm, assumed control of the retail book-selling and school supply departments in 1854, and became a partner in the newly formed additional company, Philip, Son and Nephew, in 1859.

In 1851–2 a London house was opened at 32 Fleet Street (later also 30 and 31 Fleet Street), to promote sales of the firm's geographical and educational publications at home and abroad. The Fleet Street premises had been owned by the publisher John Murray and with them Philip acquired Murray's trademark of the ship. The firm's rapid growth was helped by new technology — notably power-driven lithographic presses and the machine-colouring of maps (used effectively on his county maps of 1862); and by the separation of printing, housed in the purpose-built Caxton Buildings in Liverpool, from publishing and sales, still at South Castle Street and after in Hope Street.

1870 Further expansion was prompted by the demand from board schools for general textbooks, school stationery and equipment, and specialist atlases and wall maps. The firm also supplied atlases and textbooks for many overseas countries in several languages, beginning with an atlas for Australian schools in 1865 and for New Zealand in 1869.

1879 Philip retired from the business, to The Retreat, Bickley, Kent.

1882 George Philip died on 3 October, at Huntly House, Lilley Road, Fairfield, Liverpool, the home of one of his executors, James Askins Crowe, merchant. He was shrewd and canny, energetic, innovative and ready to take advantage of opportunity.

1929 Listed Exhibitor - British Industries Fair. Publishers of Maps, Atlases and Globes, and of Geographical, Educational and Nautical Works. Specialists in Map Compiling and Printing for Advertising and other purposes. (Stand No. R.142) [1]

George Philip and Son remained a flourishing family firm until, in April 1988, it was sold to the Octopus Publishing Co, part of Reed International Group of Companies, London; it continued to trade as George Philip Ltd.