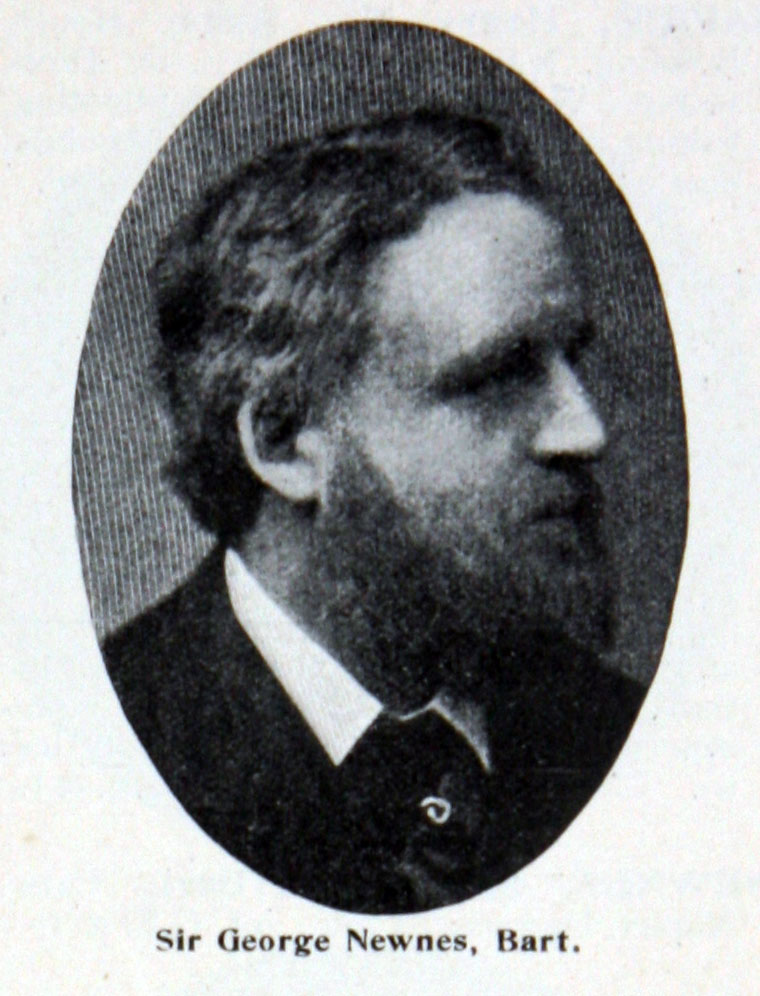 1851 born on 13 March at Glenorchy House, Matlock, the youngest of the six children of the Revd Thomas Mold Newnes (d. 1883), Congregational minister, and his wife, Sarah (d. 1855), daughter of David Urquhart of Dundee.

Educated at Silcoates School, Yorkshire, Shireland Hall, Birmingham, and for two terms at the City of London School.

c.1867 Apprenticed to a wholesale haberdasher in the City, subsequently travelling in haberdashery and managing a shop in Manchester.

1881 Had the idea of a journal made up entirely of entertaining and interesting anecdotes — "tit-bits" as he called them. He scraped together enough funds to produce the first edition, which was an immediate success.

1889 W. T. Stead, a celebrated journalist and contemporary of Newnes at Silcoates, agreed to edit a new digest of journals, to be called the "Sixpenny Monthly" but this became the weekly "Review of Reviews".

1890 After six months the partnership was dissolved by mutual agreement - Stead bought out Newnes for £3000.

George Newnes Co was one of the first publishers to receive a stock exchange quotation.

1890 Gave cliff railway to Lynton, where he had his country house.

1891 Then published the Strand Magazine, an illustrated monthly which also was a best-seller.

1892 Founded a new Liberal paper, the Westminster Gazette, but it was not a commercial success

1893 Gave a cable railway to Matlock, his birthplace.

1895 Supported the Bill for the Lynton and Barnstaple Railway and became chairman of the company.

1895 Defeated in the General Election

Gave a fine library for the use of the citizens of Putney, where he had his London residence;