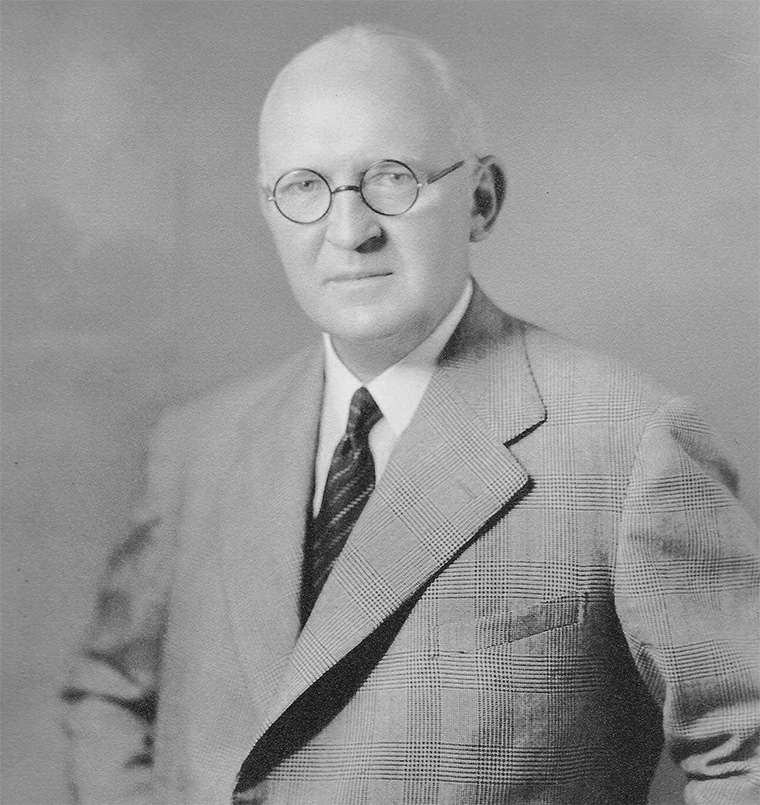 1911 Listed as an Engineering Student in Cheltenham.[1]

We record with regret the death of Mr. G. McLeod Paterson, C.B.E., M.A., which occurred at Weston-super-Mare earlier this week.

Mr. Paterson, who was sixty-two and was educated at Cheltenham College and Pembroke College, Cambridge, gained his early experience in shipbuilding with John Brown and Co., Ltd., and after serving with the Department of the Director of Naval Construction during the First World War joined the Cunard Steamship Company, Ltd.

He succeeded Mr. Leonard Peskett as the company's naval architect in 1924 and continued to hold that post until be retired in 1950, due to reasons of health. During his years with the company he was associated with the liner conversion programme after the 1914-18 war and also after the Second World War, and was largely responsible for the design of the "Queen Mary" and "Queen Elizabeth."