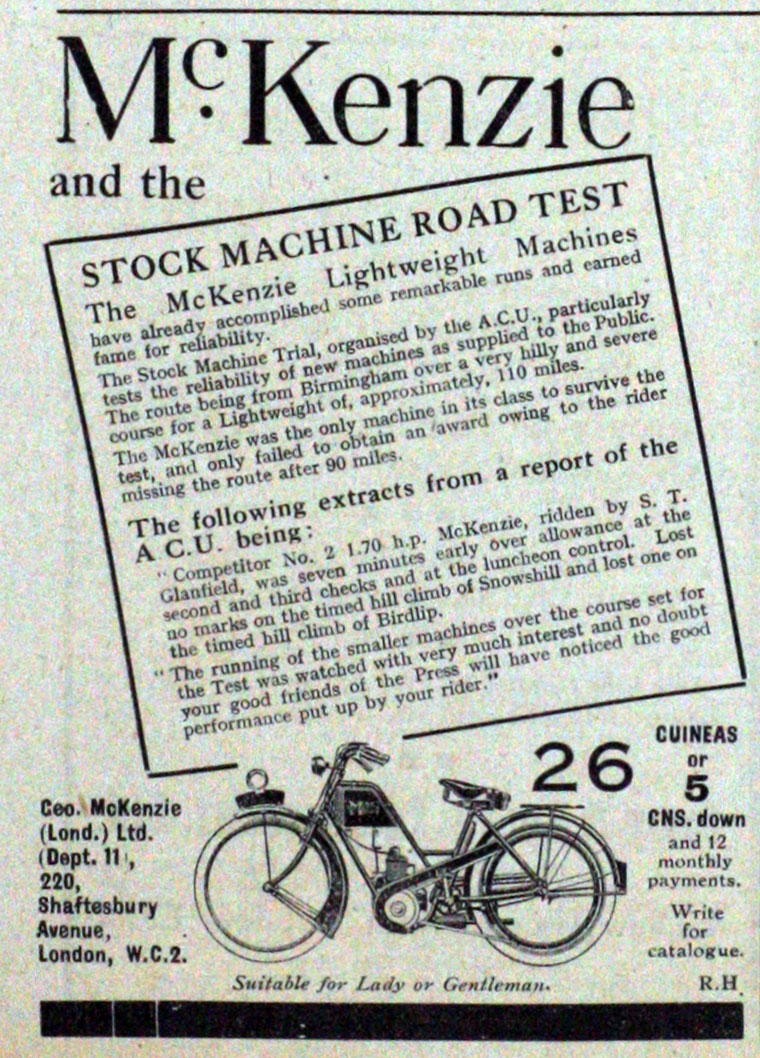 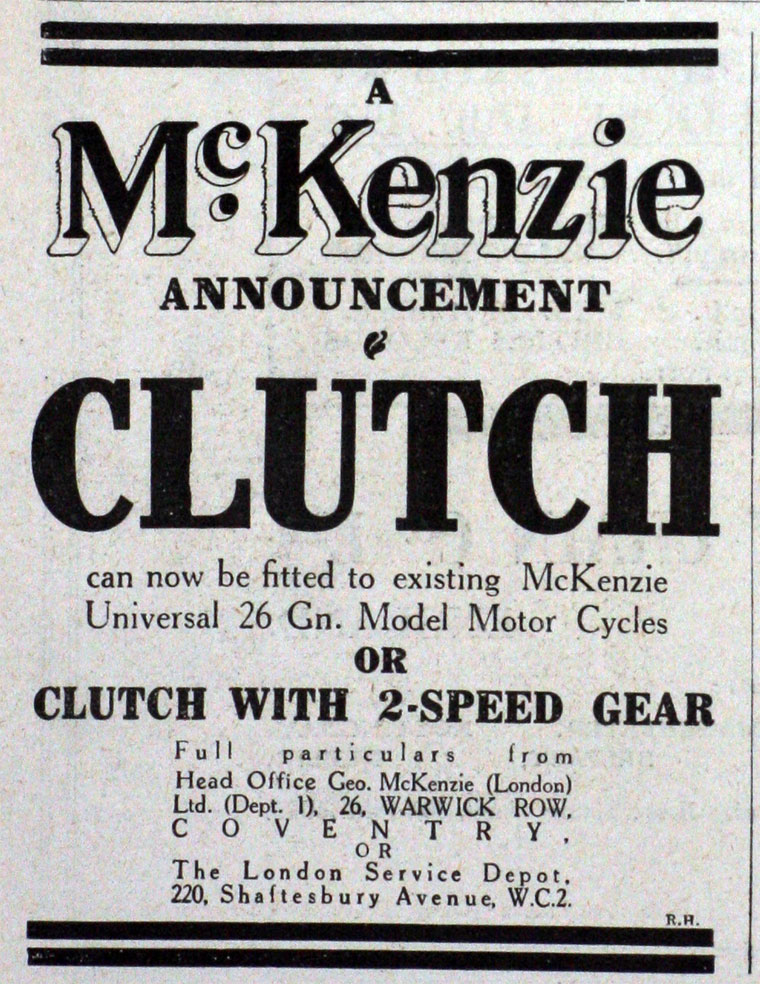 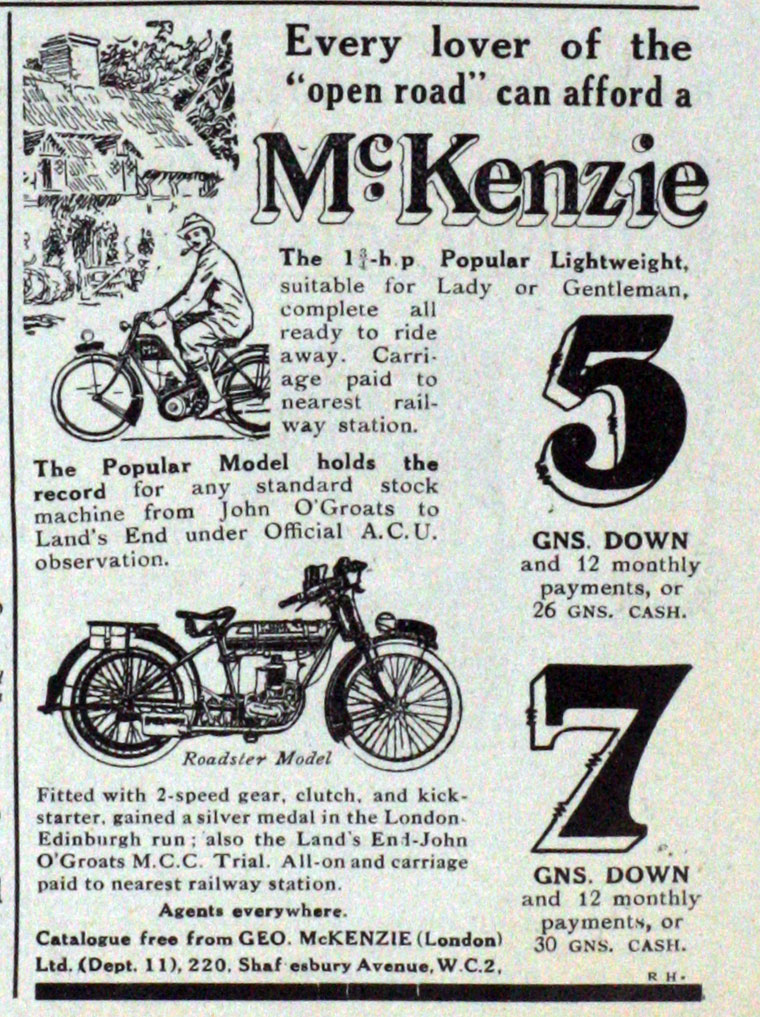 McKenzie were motorcycles produced from 1921 to 1925, by George H. McKenzie.

1921 The McKenzie was produced as an ultra lightweight/featherweight, in an attempt to provide a machine suitable for everyday transport. It weighed a mere 80lb and had an open frame, unsprung forks, direct-belt drive and a 170cc two-stroke Hobart engine.

1923 As the model was a success and large numbers had been sold, the basic model continued into that year. A new two-speed model was now added, with Druid forks.

1924 That new model was uprated in a new design and given a new 147cc Aza two-stroke engine, Albion two-speed chain-cum-belt drive, clutch and kick-starter. The open-frame miniature also had a two-speed gear. The business faltered during that year.

1925 After restructuring the company, George McKenzie secured the goodwill and continued production with the same two-model range, fitting the lightweight with a larger Aza engine. It was the last year of manufacture for the McKenzie.