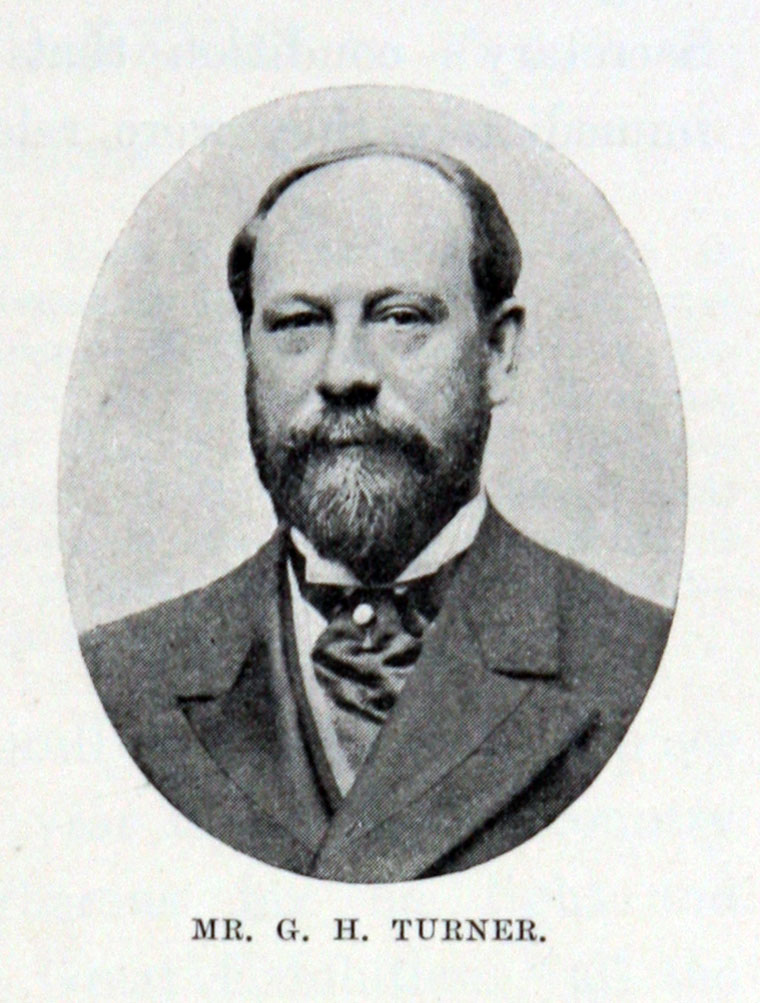 1892-01 General Manager of the Midland Railway

Mr. George Henry Turner, late general manager of the Midland Railway, died at the Midland Hotel, St. Paneras, London, between 7 and 8 o'clock on Wednesday night. Mr. Turner arrived at the hotel on Monday, and afterwards underwent an operation for a serious internal trouble. From the effects of this operation he never really rallied.

Born in 1837, the eldest son of Mr. George Turner and Priscilla, daughter of Captain Hole, of Combwich, Bridgwater, Mr. Turner was educated at Dr. Morgan's School, Bridgwater, and as boy of 12 began office work with Messrs, Pickford & Co., at that place.

A year later was engaged as clerk at the Bridgwater Station of the Bristol and Exeter Railway, and 1853 he first entered the service of the Midland Railway Company as goods clerk Bristol. From there he was transferred to Birmingham, and ultimately became chief goods clerk, a position he held until 1875, when was appointed chief goods agent Nottingham.

After three years' service Nottingham was transferred to the head-quarters of the Company at Derby as chief goods canvasser, from this time until his retirement, with the exception of two years spent in Scotland as goods manager of the Glasgow and South-western Railway, he was identified with the chief management of the Midland Railway Company.

The late Mr. Turner was one of the few Englishmen of whom it may be said that he rose from a wage of half-a-crown a week a salary of £4,000 year. When 12 years of age he obtained position in the Bristol and Exeter Railway at Bridgwater - a line which was afterwards taken over by the Great Western Company - where his work began at seven o'clock in the morning with lighting the fire and sweeping out the office, and continued until half-past nine at night. After four years he wrote to the Midland Railway asking for a situation, and was given one at £1 a week. "I thought I was king," Mr. Turner said referring that event, for, although his salary had been raised, was getting not quite £40 a year. Rapid rise in salary did not follow on each rise in position, for until comparatively late in life his salary was a poor one, end until 1885 he was not in receipt of £500 year. When he been general manager of the Midland his salary leapt to £3,000 year, but less than two years the directors had become go impressed with the remarkable powers of organisation of the new chief that they advanced his salary by another £1,000. Many railway passenger reforms were brought about by Mr. Turner the most important, from popular point of view, being the introduction of third-class dining-cars.