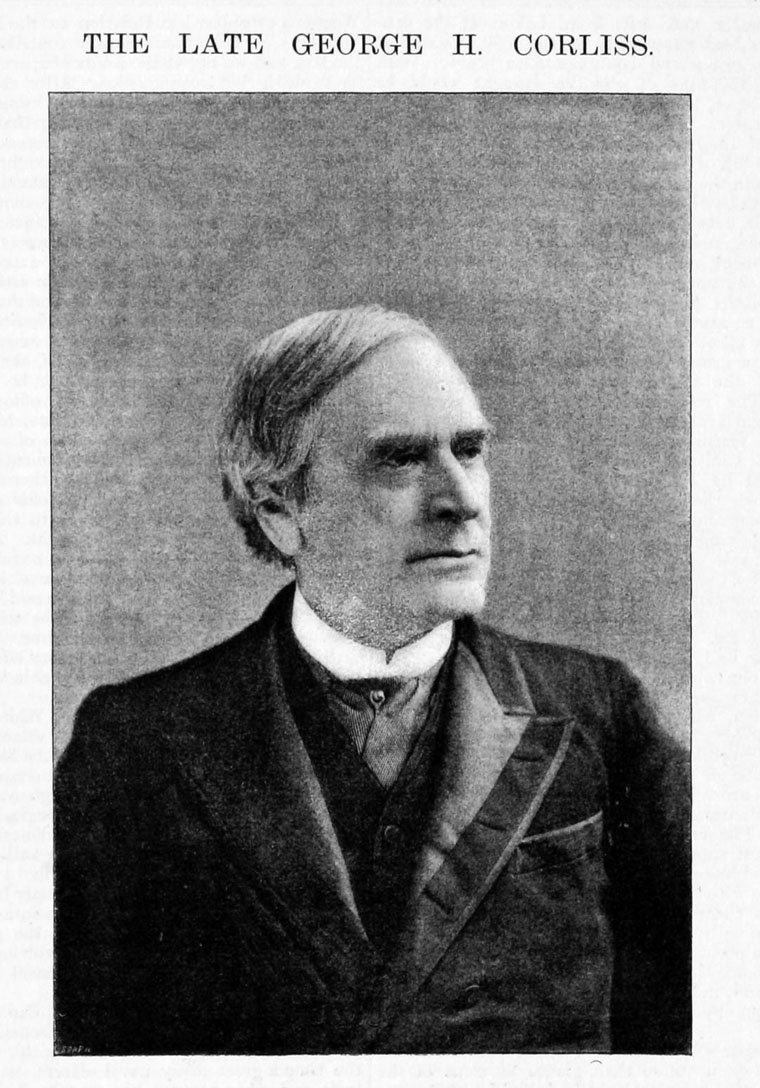 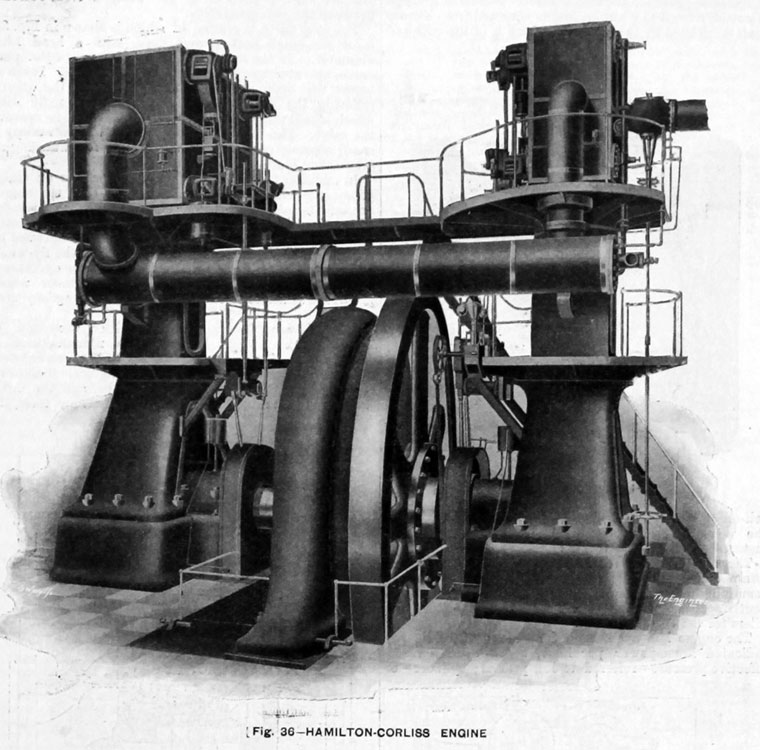 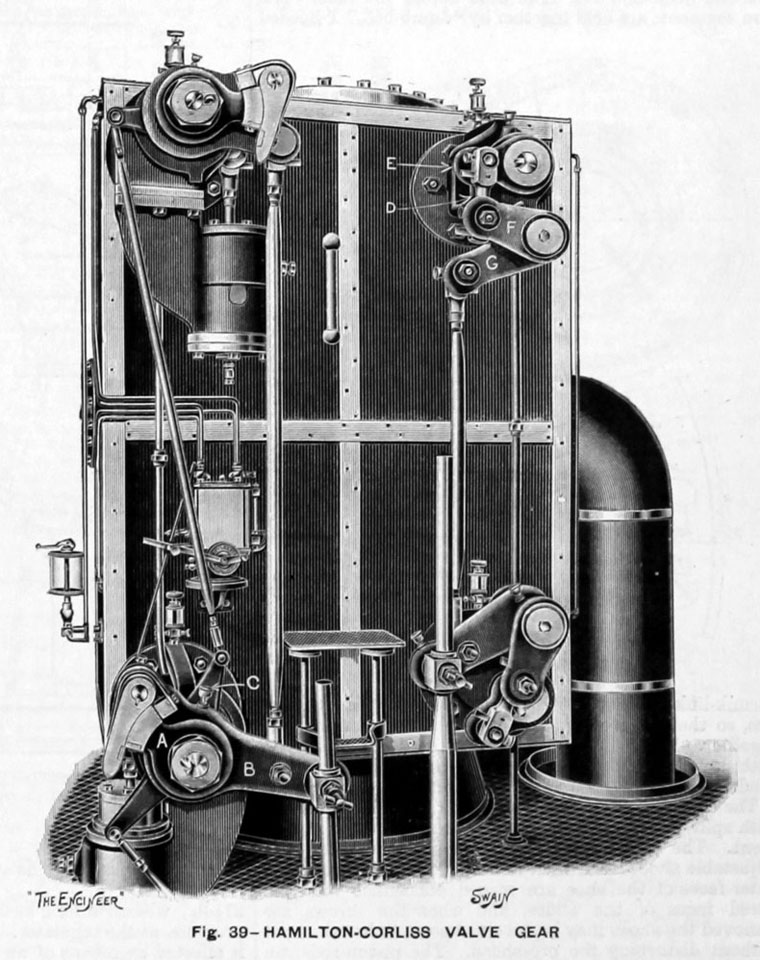 George Henry Corliss (1817-1888) was an American engineer and the head of the Corliss Steam Engine Co.

He was 27 years old when he associated himself with John Barstow and E. J. Nightingale, under the name of Corliss, Nightingale and Co.

In 1849 he took out patents to protect his inventions to improve the steam engine.

In 1867 the Corliss engine won first prize at the Paris Exhibition gaining him notoriety amongst his peers.

In 1870 he was awarded the Rumford Medal by the American Academy of Arts and Sciences.

As a member of the committee at the Centennial Exhibition of 1870, Mr. Corliss showed a 1400 hp engine which turned all the machinery in the building offering him great respect.

In 1873, in the Vienna Exhibition, of the 400 engines exhibited nearly all were of the Corliss type.

In 1876 he was a presidential elector.

In 1878 the institute of France presented him with the Monoyon Medal; the highest honour for mechanical achievement.

In 1886 the King of Belgium made him an Officer of the Order of Leopold.

He was twice married and had a son and a daughter.[1]