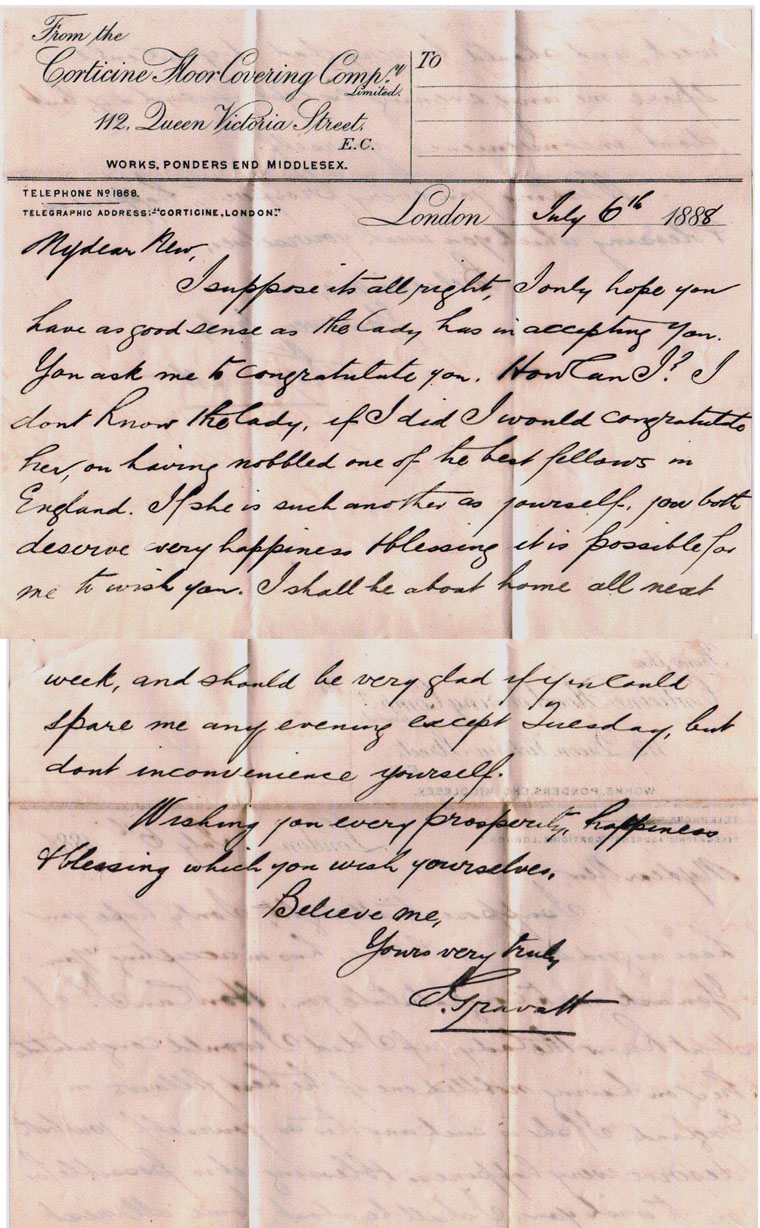 1888. Letter to George from Mr P. Gravatt of The Corticine Floor Co congratulating him on his recent engagement. 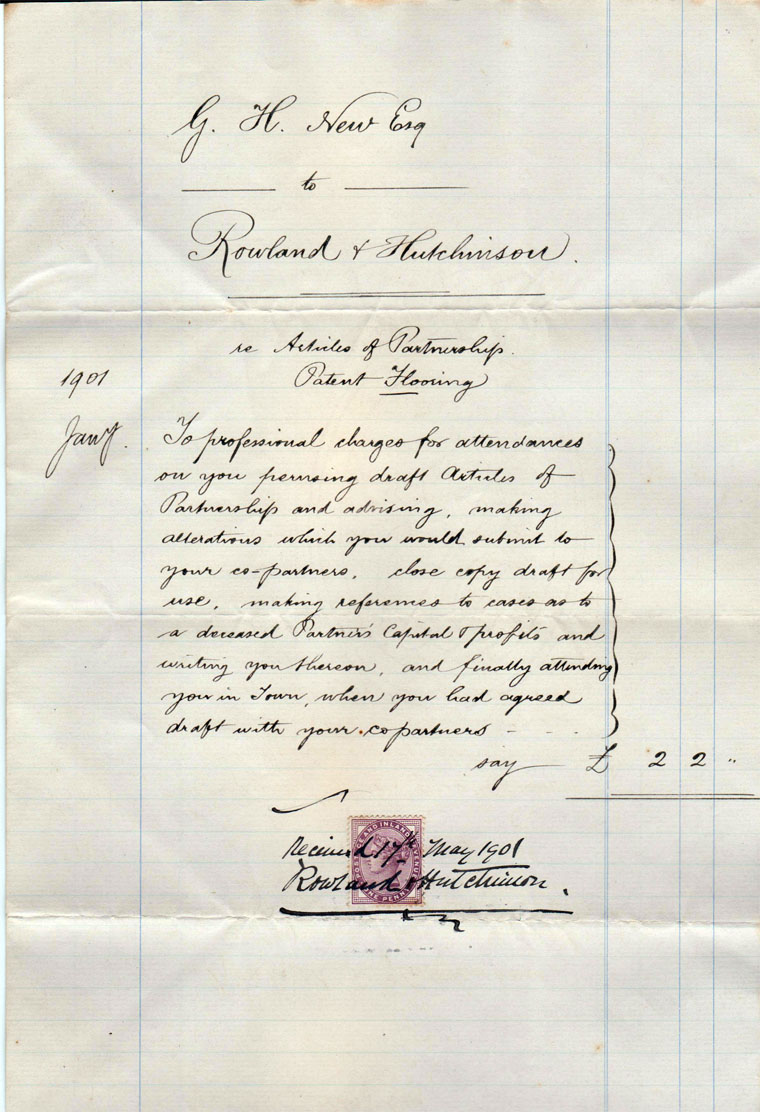 1901. Article of Partnership for The Patent Parquet Co.

His father Henry was Vestry Clerk and Accountant for St Pauls, Covent Garden, commonly known as the actors church. (Henry's sister, brother in law and nephew, were the founders of New and Lingwood, Eton, in 1865.)

1874 George was educated at Dulwich College, leaving in September 1874.

He began work as a commercial clerk with carpet manufacturing company - Thomas Tapling and Co - almost straight from college.

Enrolled for evening classes at Kings College London, passing his French examinations at the end of the summer term 1884.

1890 On 28th June 1890 he married Elizabeth Crane Coles at the Parish Church in Croydon and moved to Ormonde Villa, Kingston, New Maldon, Surrey.

By 1900 the couple had three children (two sons killed in WW1 and a daughter) and had moved to a new home at 2 Maple View, Leeson Road, Isle of Wight. George continued with the carpet company, now in charge of the warehouse and had become a share holder.

George kept Patent Parquet financial records from 1901 when he appears to be in partnership with W. M. Lee, and a 3rd partner joining in 1903.

By 1906 George Hedley was sole owner of Patent Parquet.[6]

1911 Saw George continuing with Thomas Tapling and Co, but by now he had become a share holder and was in charge of the warehouse, simultaneously directing the Patent Parquet Flooring Co.

1914 Now a Director of Thomas Tapling and Co Ltd.

1927 "The Brentwood police are trying to trace a motorcar which failed to stop after knocking down and seriously injuring Mr. George H. New of Shenfield, on the London-Chelmsford main road, at Shenfield, on Sunday night" From The Times Newspaper 1927[8] - This accident forced George to retire from all active business at the age of 66.