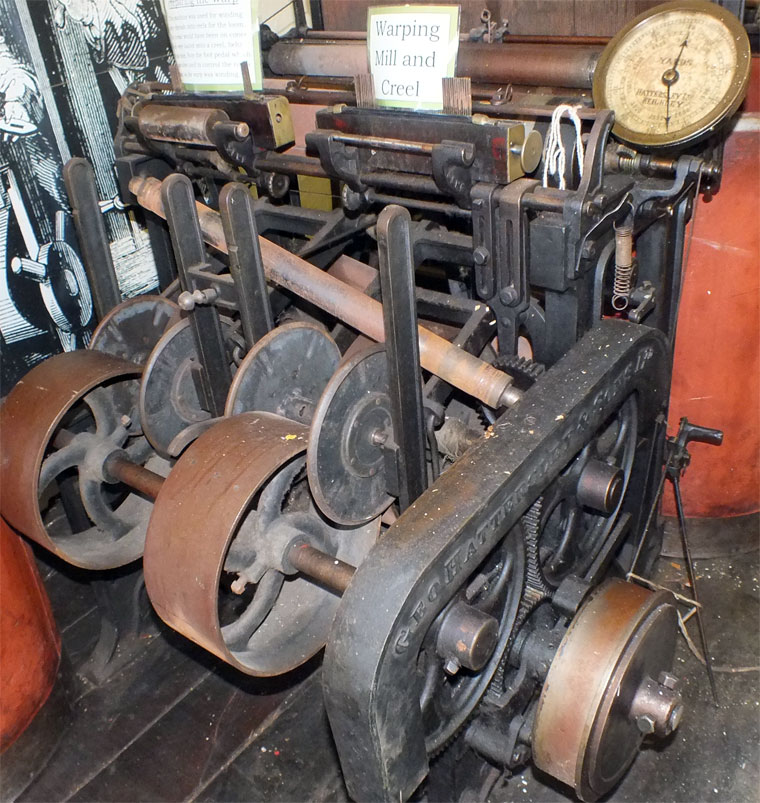 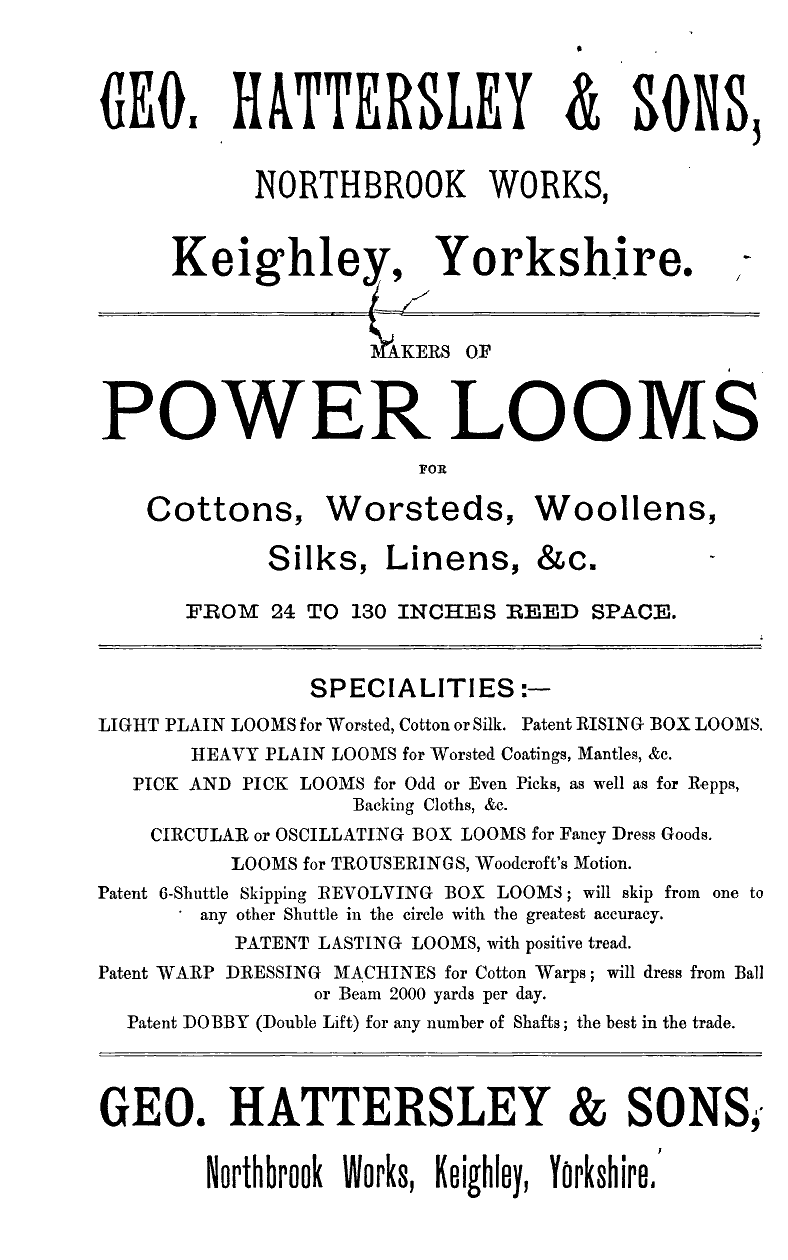 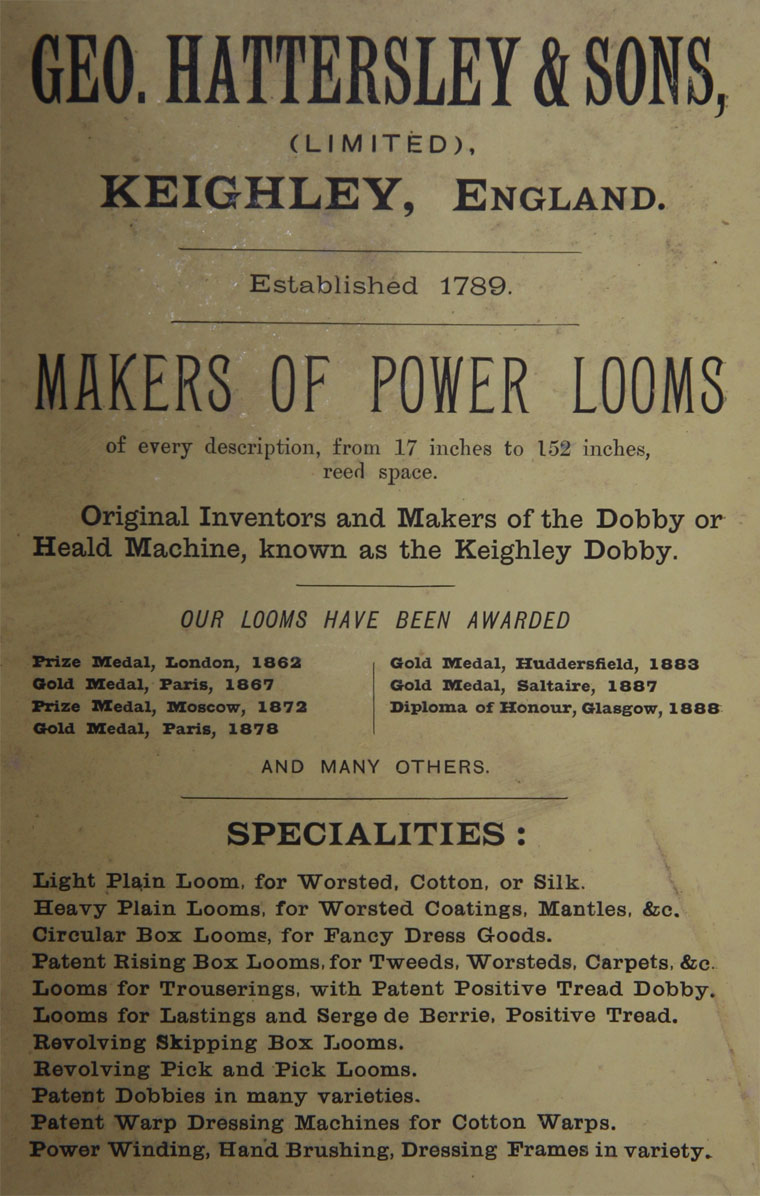 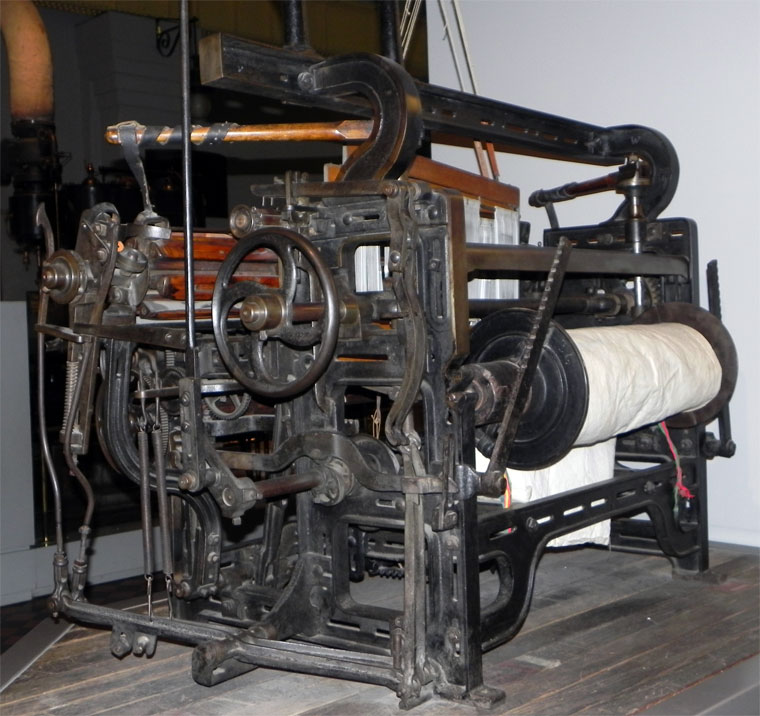 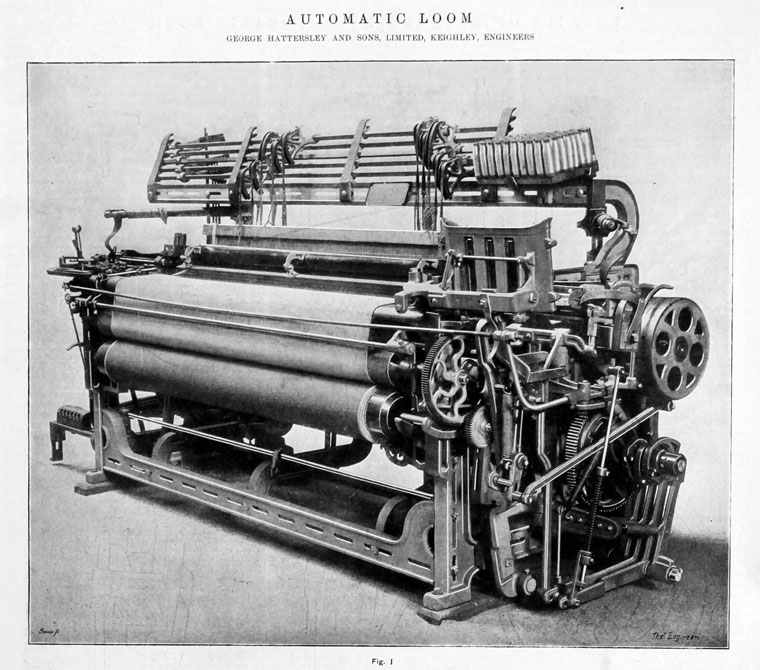 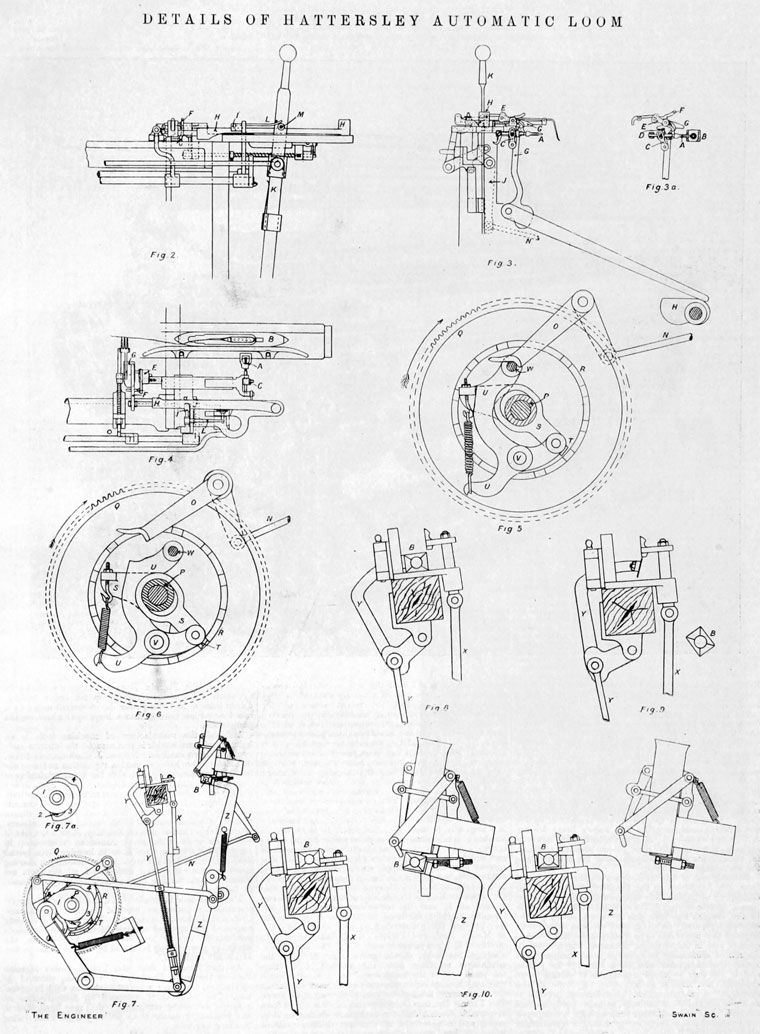 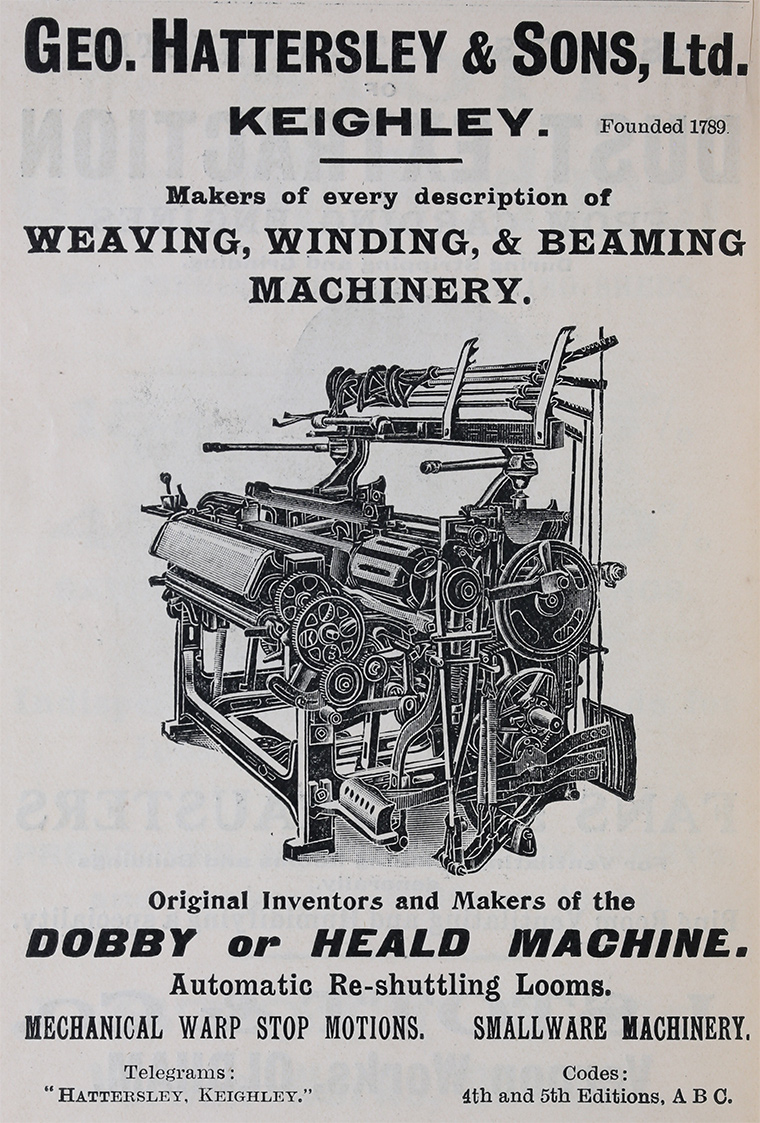 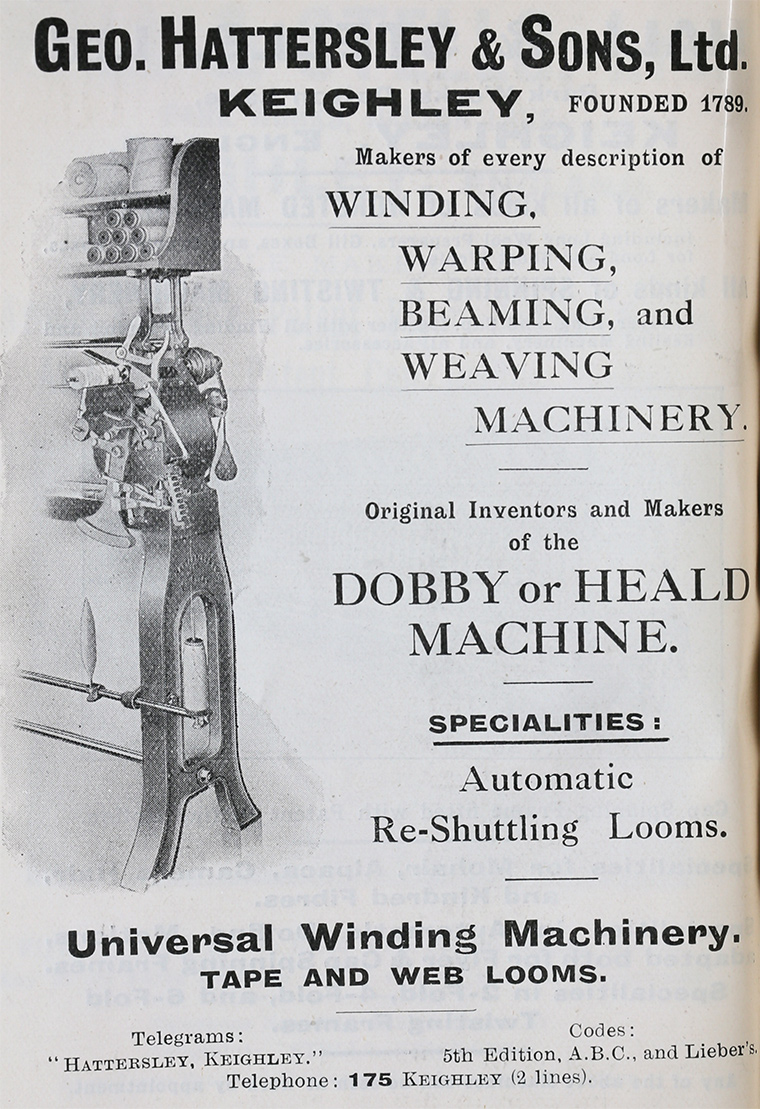 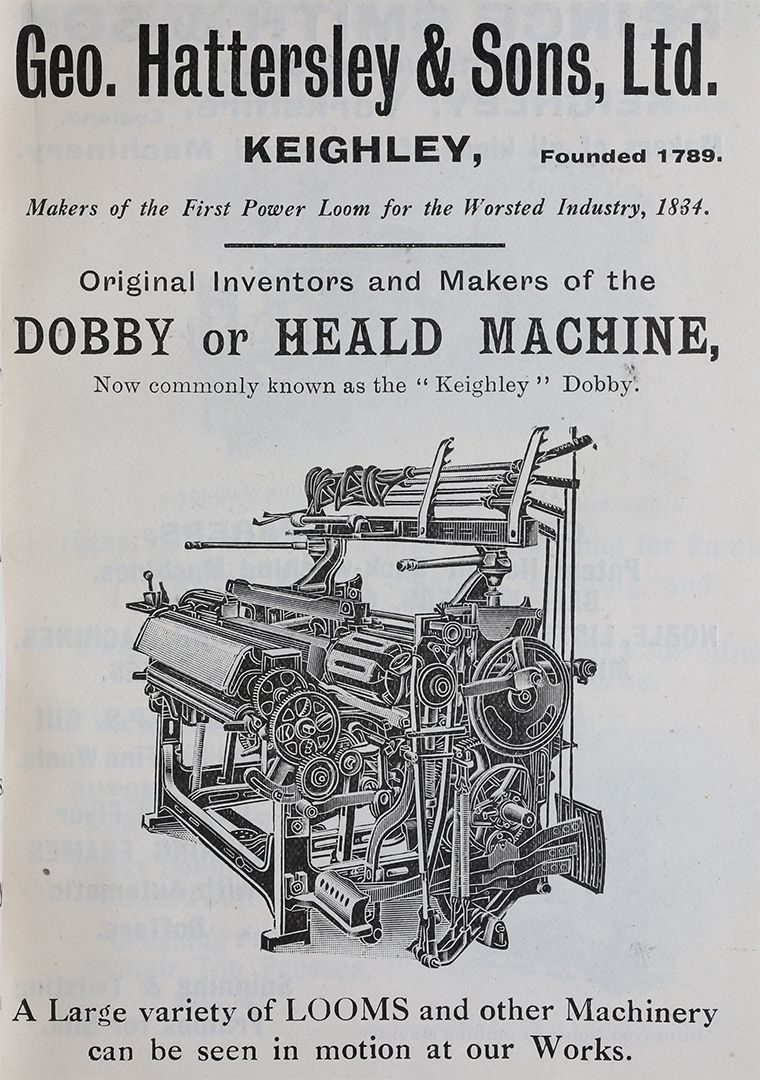 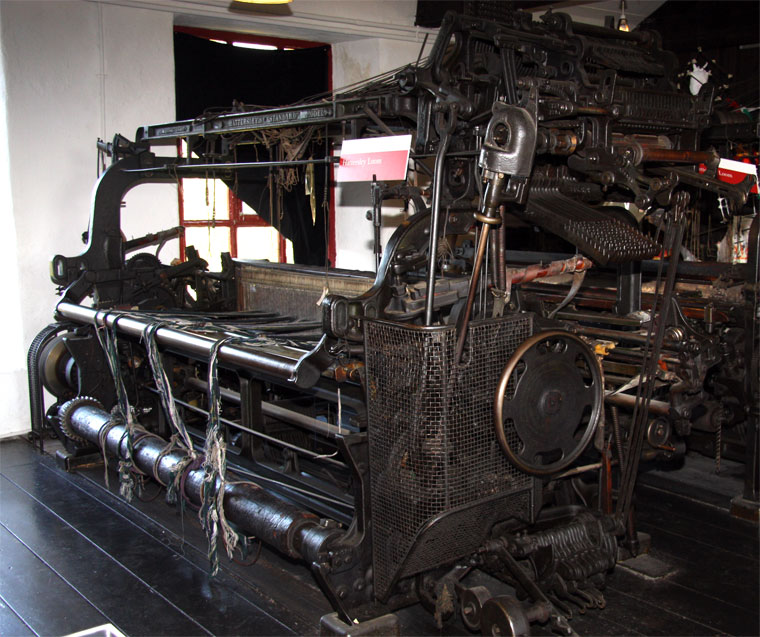 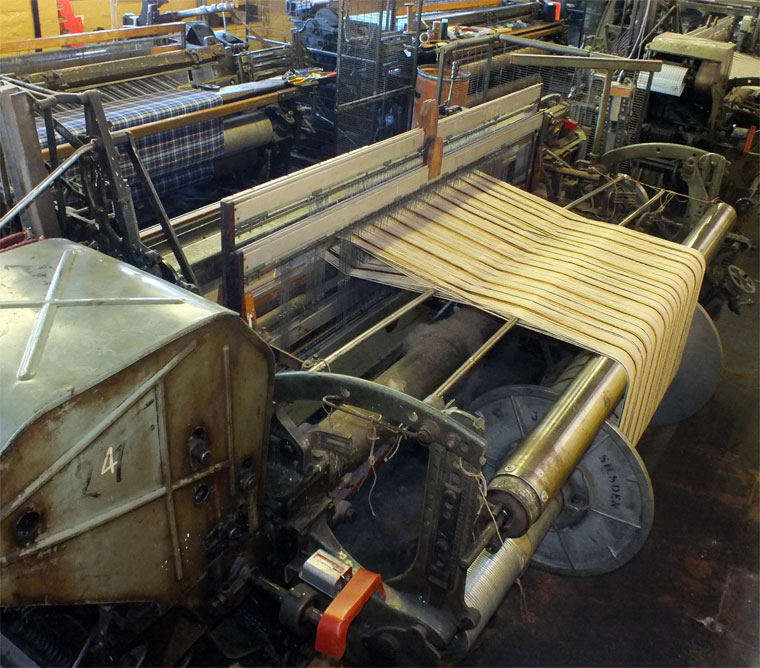 Later set up another company to develop technology for the textile industry. This became George Hattersley and Sons

1800 Established the Northbrook Works for the company.

1834 The first power loom was made at the Northbrook works. It was broken up by a mob of hand-loom weavers while in transit between Keighley and Bradford.

1866 The first revolving box loom was made.

c.1876 The Dobby or Heald Machine was patented, known as the "Keighley Dobby."

Became the producer of hundreds of different sizes and types of looms. World-wide reputation for wool-preparing machinery.

1888 Private company. The business continued in the control of the original family.

1914 Manufacturers of looms and other textile machinery. Specialities: looms and preparing machinery of every description. Employees 1,100. [1]

A number of their looms. Exhibit at Bradford Industrial Museum.