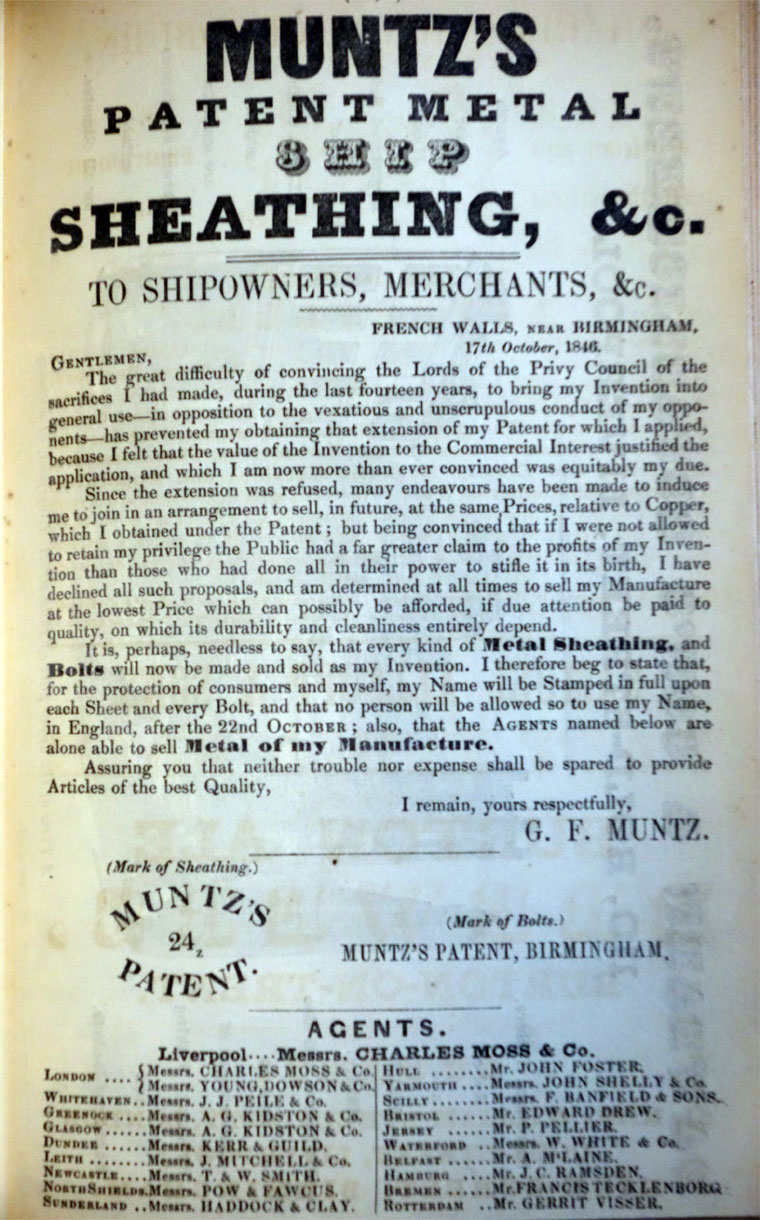 His father, on the advice of Matthew Boulton, bought a share in the firm of Mynors/Minors and Robert Purden]], merchants. The firm was later widely known as Muntz and Purden.

1811 On the death of his father, George Muntz managed the metalworks which his father had established in Water Street, Birmingham, which presumably was G. F. and P. H. Muntz.

George Muntz made a fortune by the manufacture and application of what became known as Muntz's metal, which was similar to a compound invented previously by James Keir, who took out a patent in 1779 which Matthew Boulton had drawn to the attention of the Admiralty. Whether Muntz knew of Keir's efforts is uncertain but he first introduced the metal into universal use.

Muntz's metal, also known as Yellow metal, consisted of approximately 60% copper and 40% zinc, and often a very small amount of lead. It was patented by George Muntz in 1832 and was specially used for sheathing ships' hulls as a cheaper alternative to pure copper[3]

1837 he became a partner with the copper smelters Pascoe Grenfell and Sons of London and Swansea,

His principal metalworks were at French Wall's, near Birmingham, the location of the Patent Metal Co.

1846 patent for an alloy for sheathing ships.

1857 Early in May he was showing signs of ill health. He died on 30 July, at Umberslade Hall, Warwickshire.

His younger son Philip Albert Muntz (1839–1908), was Conservative MP for Warwickshire (Tamworth division) from 1884 until his death, and was created a baronet in 1902. He and the eldest son, George Frederick Muntz, Junior, ran the family business after their father's death.