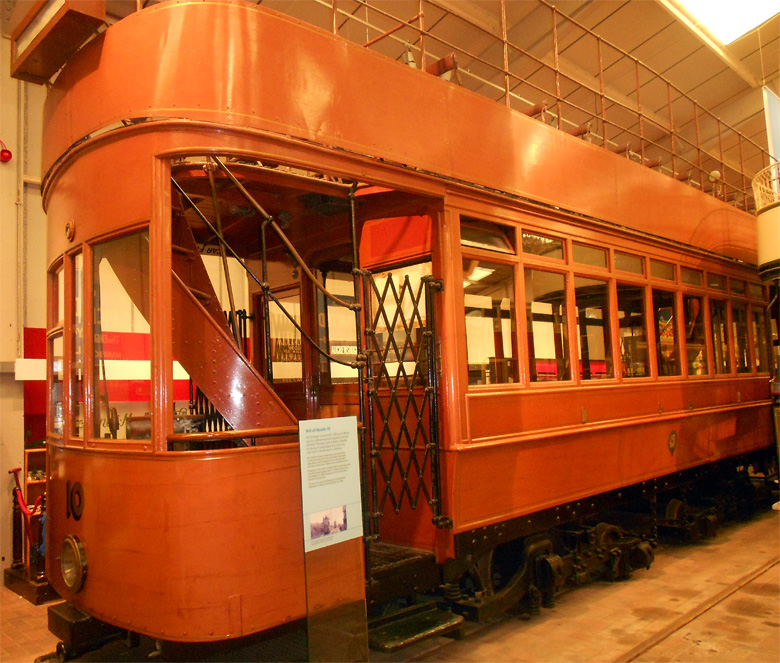 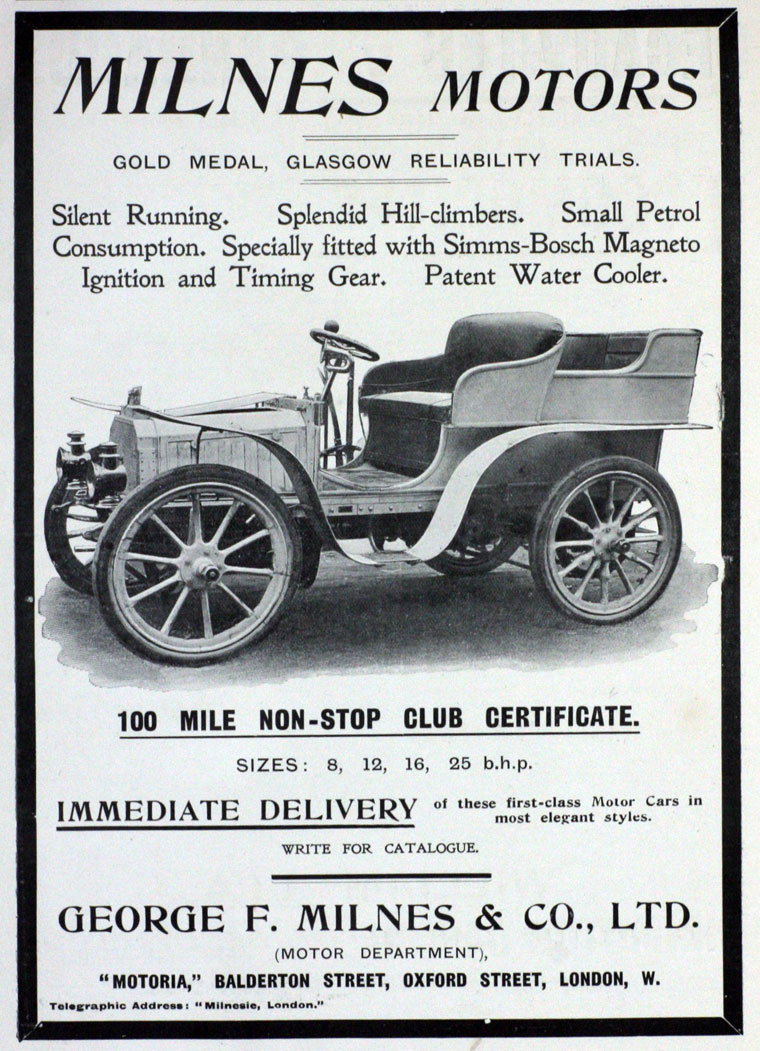 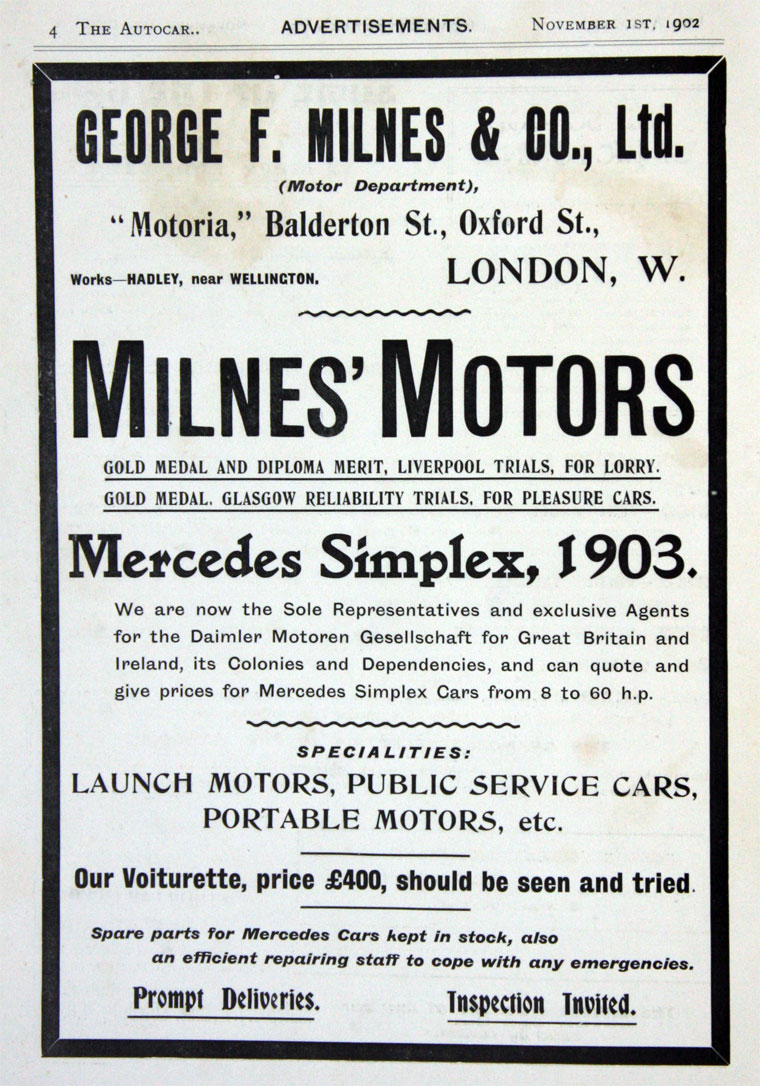 1888 Supplied 2 tramcars to the Blackburn and Over-Darwen Tramway

1898 Partnership change. '... the Partnership heretofore subsisting between the undersigned, George Frederick Milnes and Albert Hughes, at 227 to 241, Cleveland-street, Birkenhead, in the county of Chester, as Tramway Carriage Builders, under the style of George F. Milnes and Co., has been dissolved...'[1]

Daimler products were sold in the British Empire in a partnership with George F. Milnes and Co called Milnes-Daimler.

1901 Entered two 6hp Daimler lorries in the trials run by the Liverpool Self-Propelled Traffic Association was awarded a Gold Medal and a Certificate against the competition from steam driven vehicles.

1901 December. Details of the steam lorry for military purposes.[2]

1902 January. Details and image of the motor service vehicle supplied to Portsmouth and Gosport Motors.[3]

1902 October. Detailed report on their voiturette.[5]

WWI Though the Milnes-Daimler company met success in selling buses throughout the British Empire, the partnership between Daimler and Milnes had to be undone due to the First World War.

Milnes-Daimler were eventually sold just as chassis with Milnes bodies.