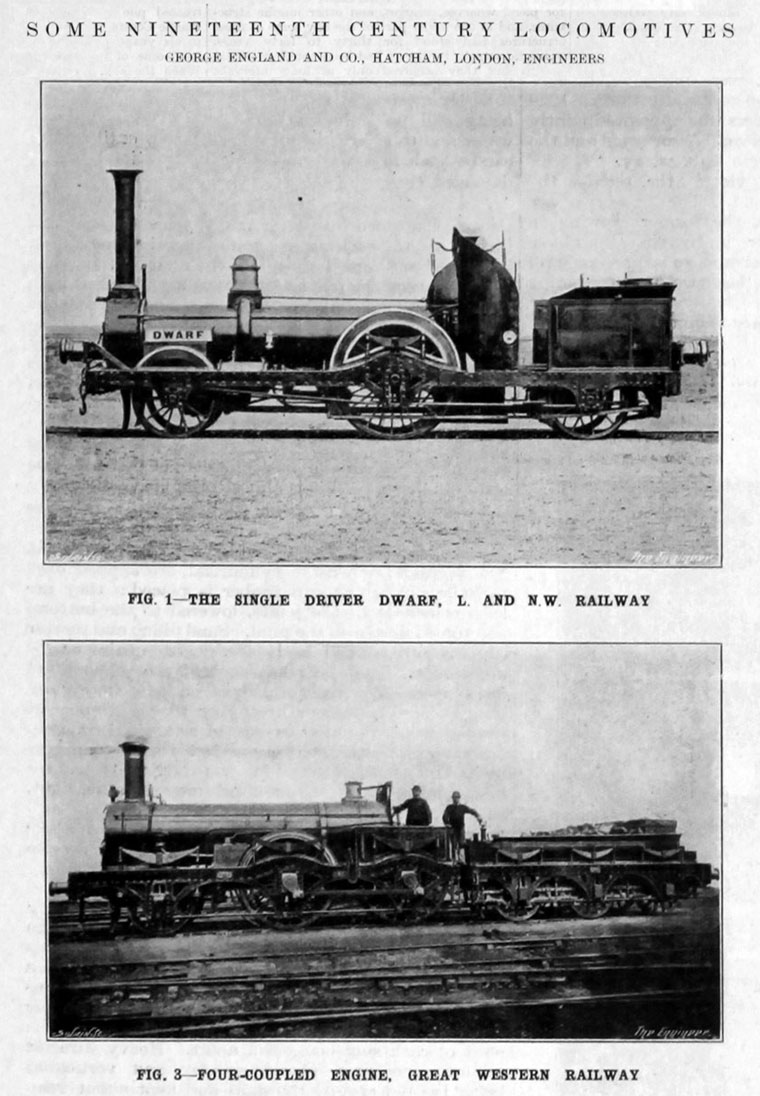 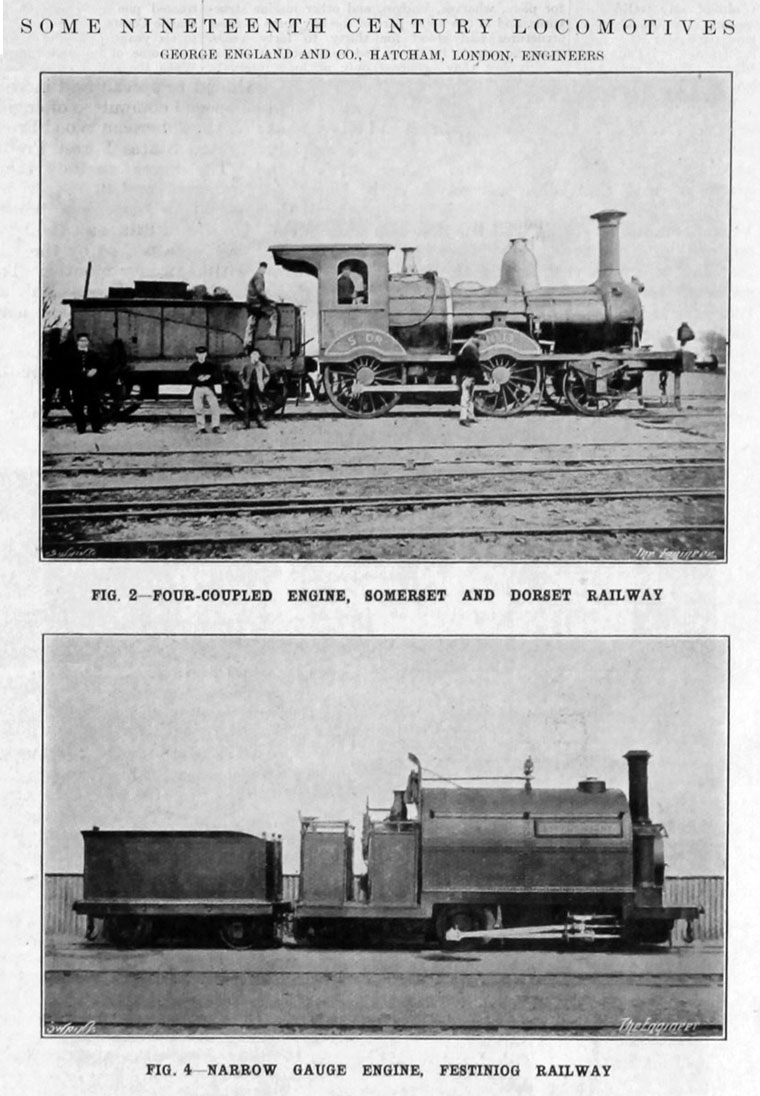 1851 Exhibited at the 1851 Great Exhibition where they showed a small locomotive.

1853 George England and Co. The company was then kept busy constructing locomotives for railways in Britain — for collieries and contractors — and for export to India and Australia.

1862 The works were extended again.

1863 Best-known for having built the first 2 steam locomotives for the Ffestiniog Railway, replacing horses, followed by 4 more

1865 a disastrous strike took place at the works in response to George England's increasingly tyrannical attitude. Much business was lost.

1868 Started construction of a double-bogie, double-boiler locomotive of the type patented by Robert Fairlie for the Ffestiniog. This locomotive, "Little Wonder", was the first wholly successful "double Fairlie": warranted by England to be as powerful as two of the small locomotives, it proved almost as powerful as three. Demonstrations of it as it hauled immensely long trains up grade through sinuous curves were a vital influence in worldwide adoption of economical narrow gauges.

1869 England retired because of ill health. The works was taken on lease by Fairlie, George England junior, and J. S. Fraser, under whom "Little Wonder" was completed. George junior died a few months later and locomotive building ceased.

1869 The company was renamed the Fairlie Engine and Steam Locomotive Co.

1871 Avonside Engine Co took over the rights to the Fairlie designs.

1872 The works had been closed for some time, and it was arranged to dispose of the contents by auction sale[1]. They had built some 250 locomotives.