(Redirected from George Craddock and Co)
Jump to: navigation, search 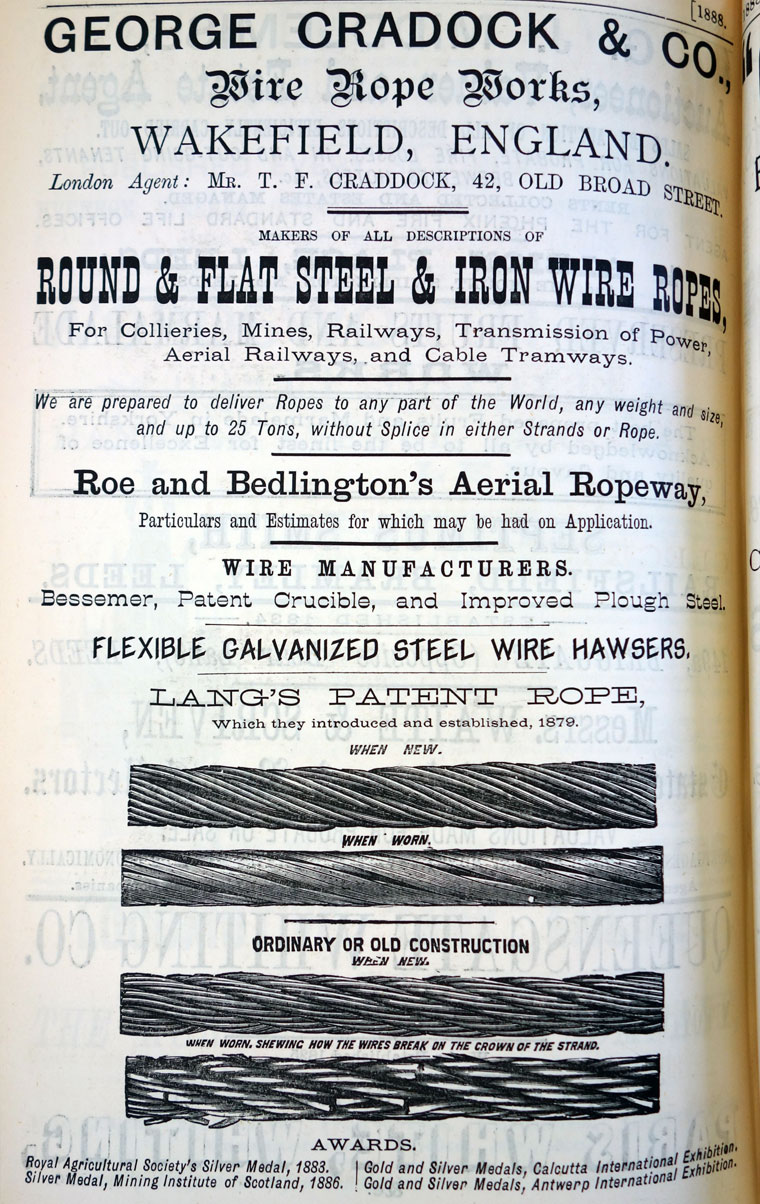 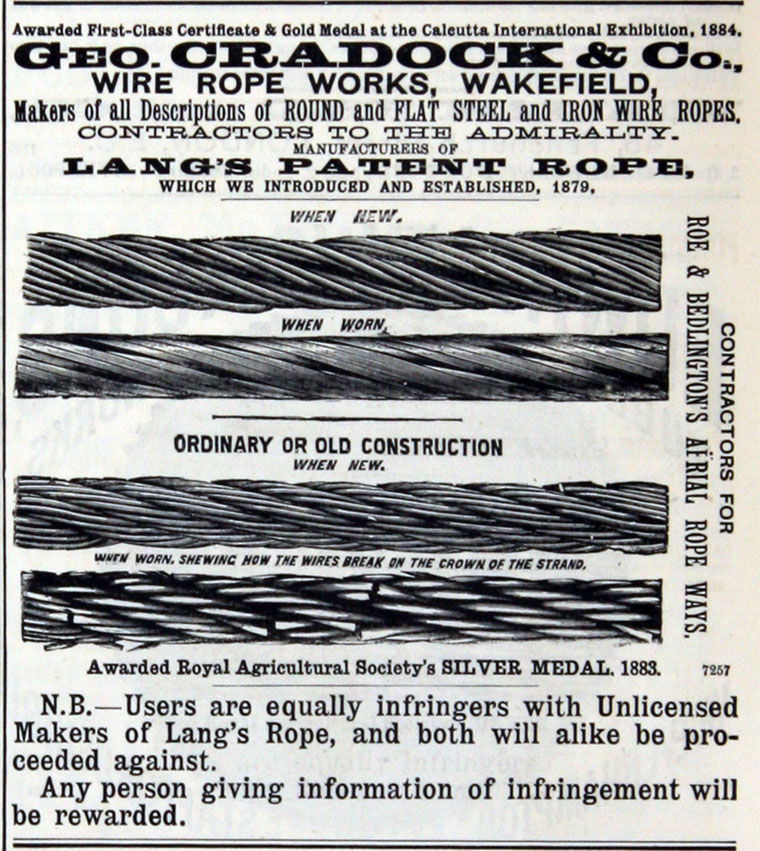 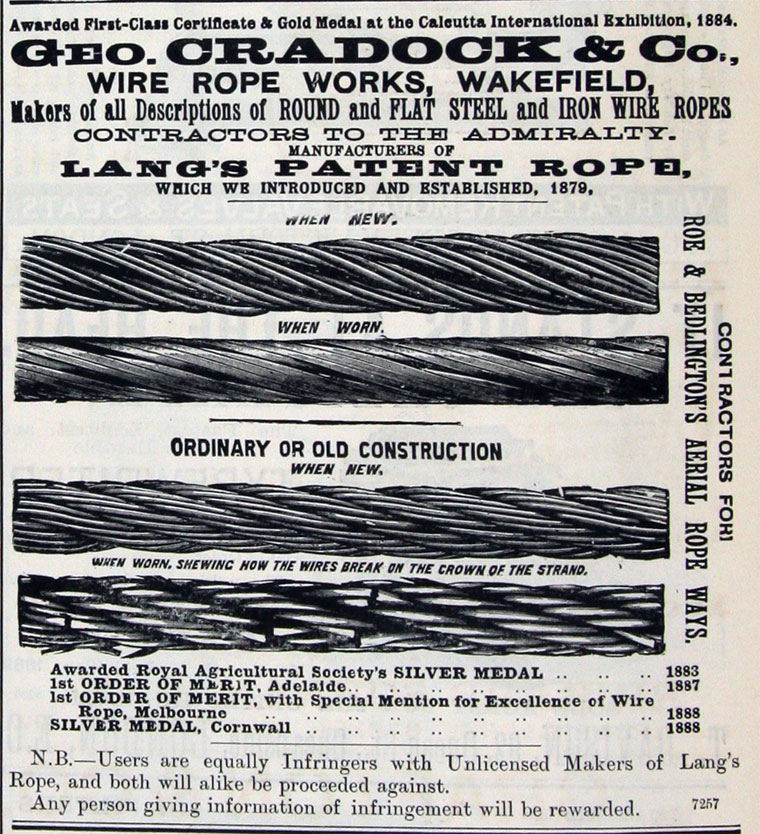 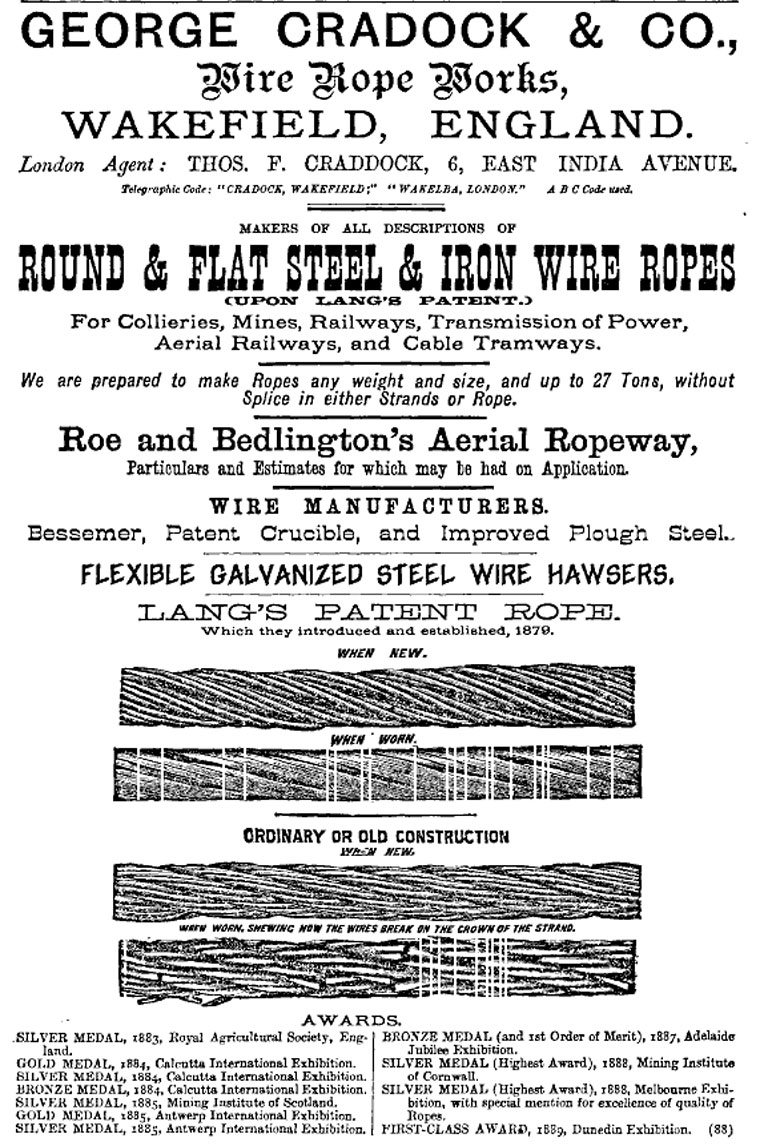 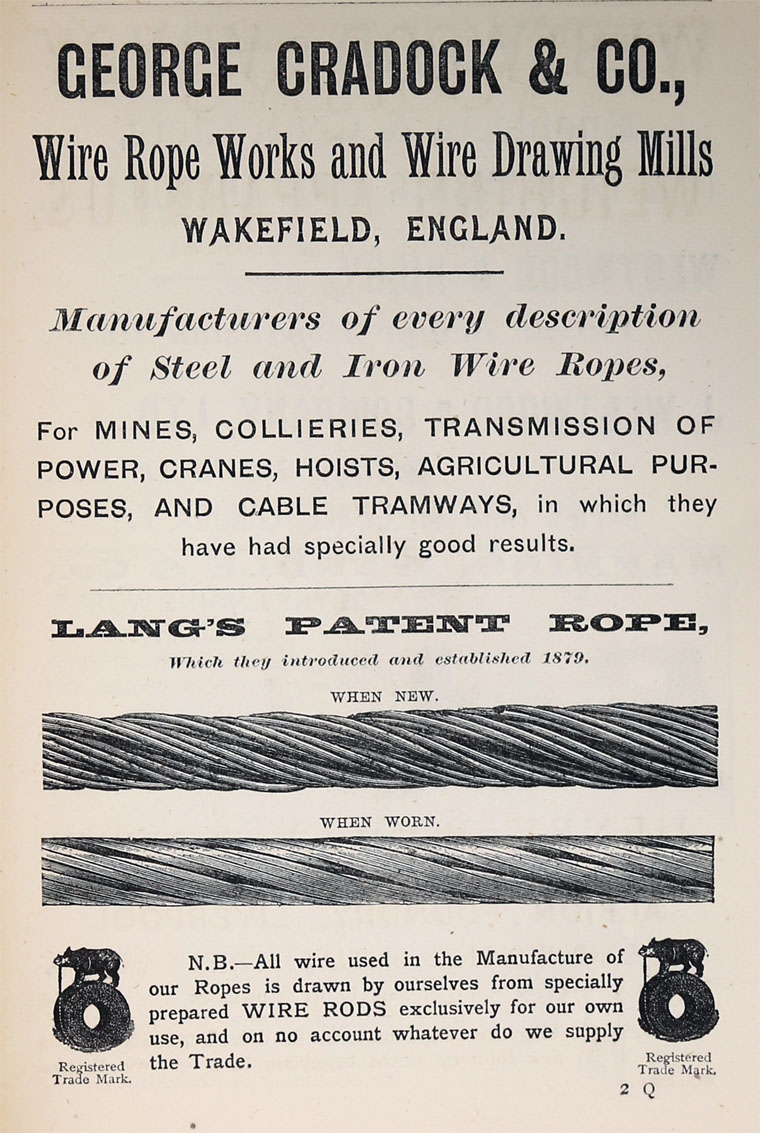 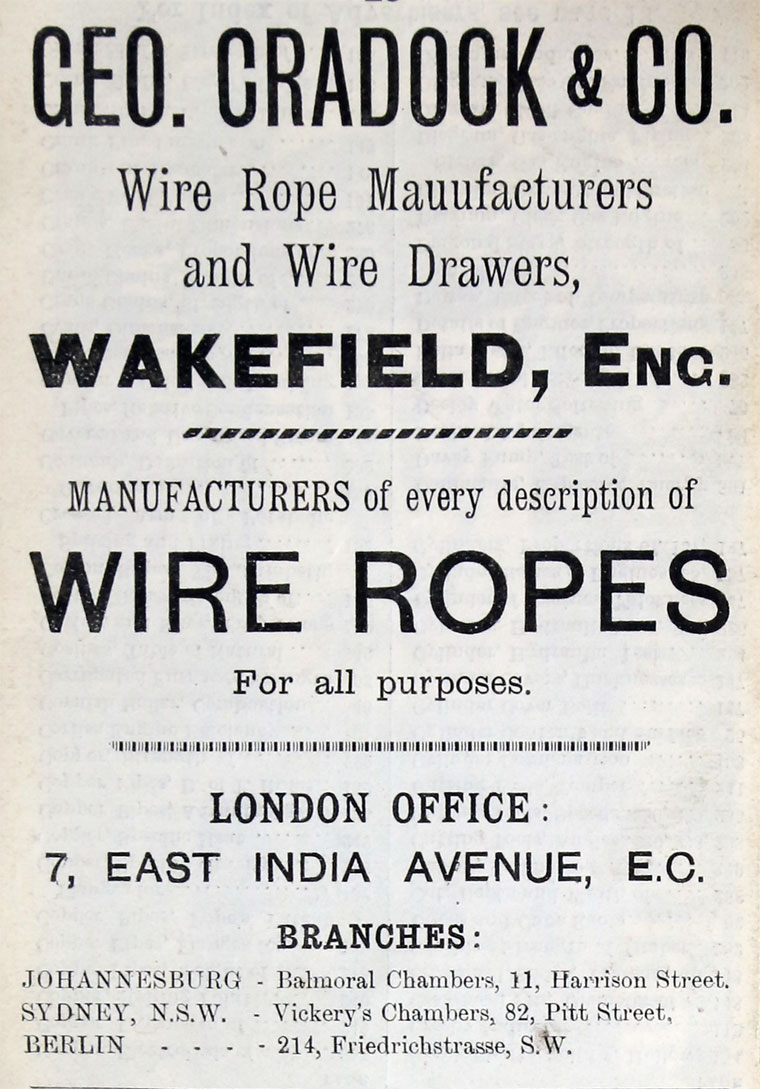 1901. General View of the Steel Works at Wakefield. 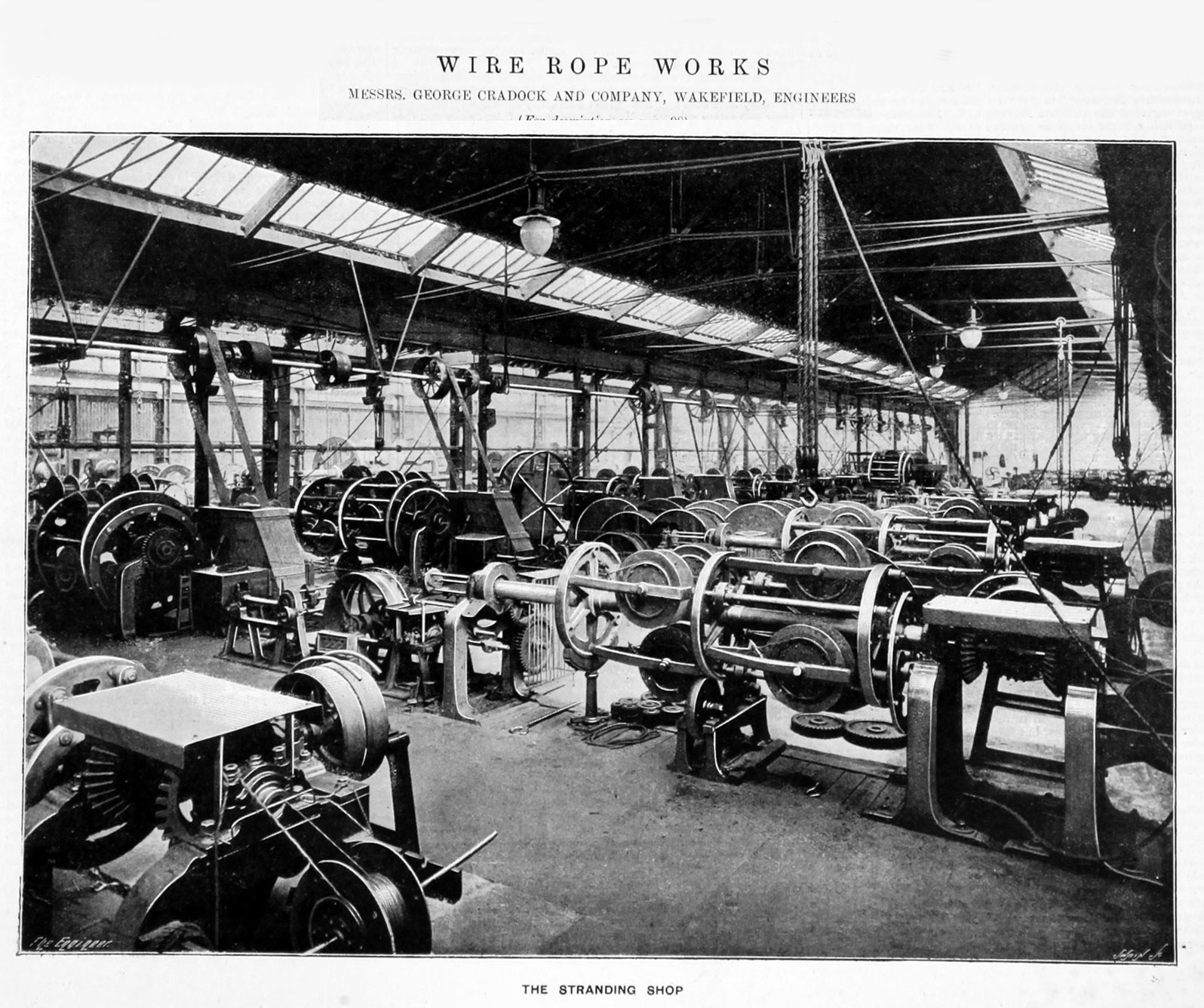 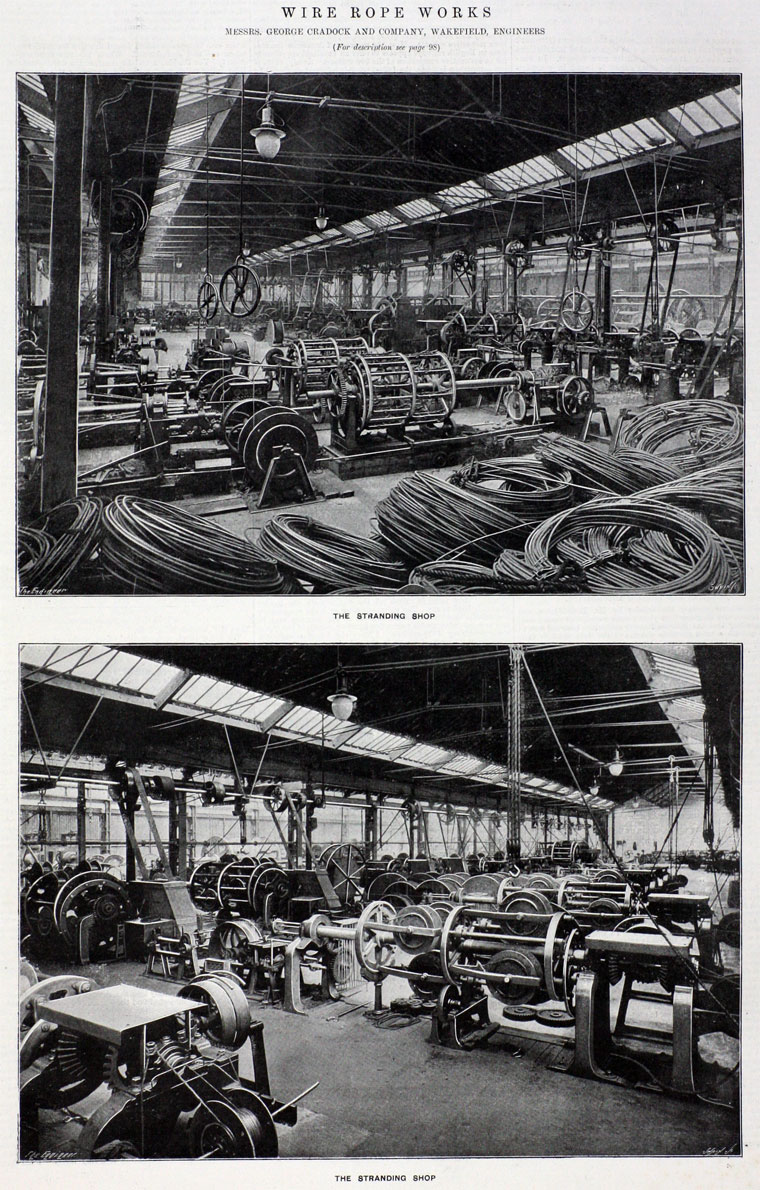 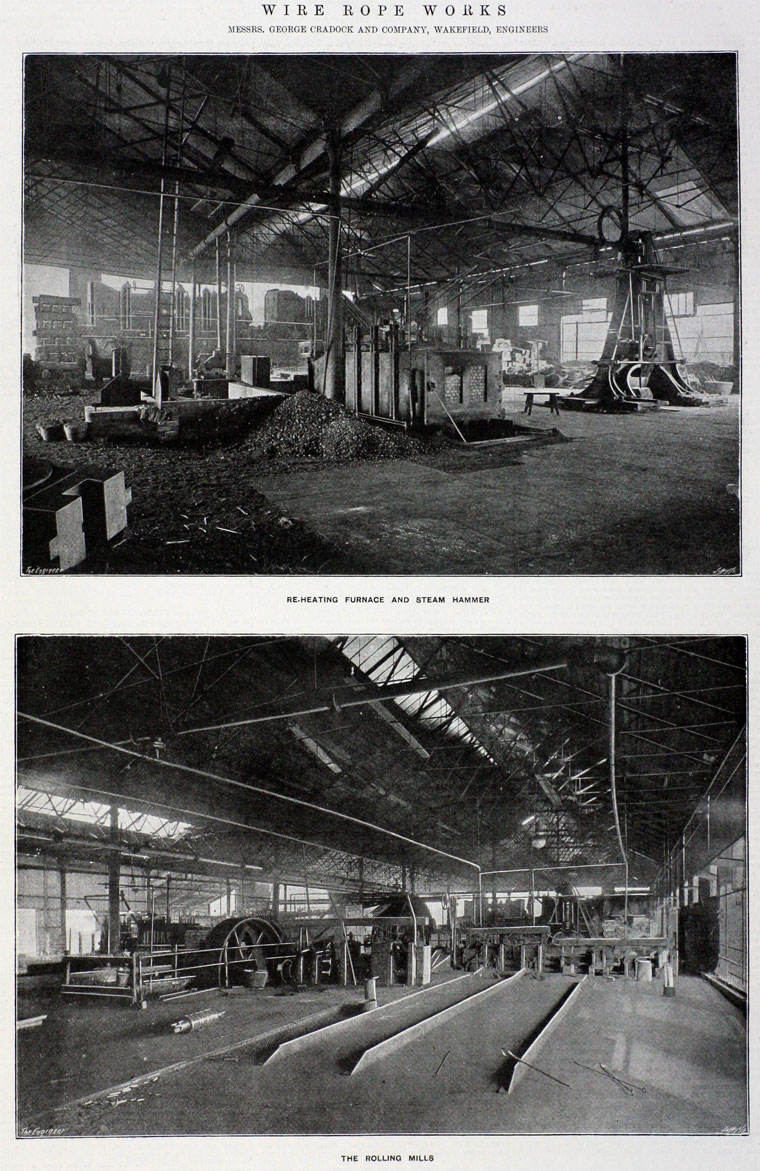 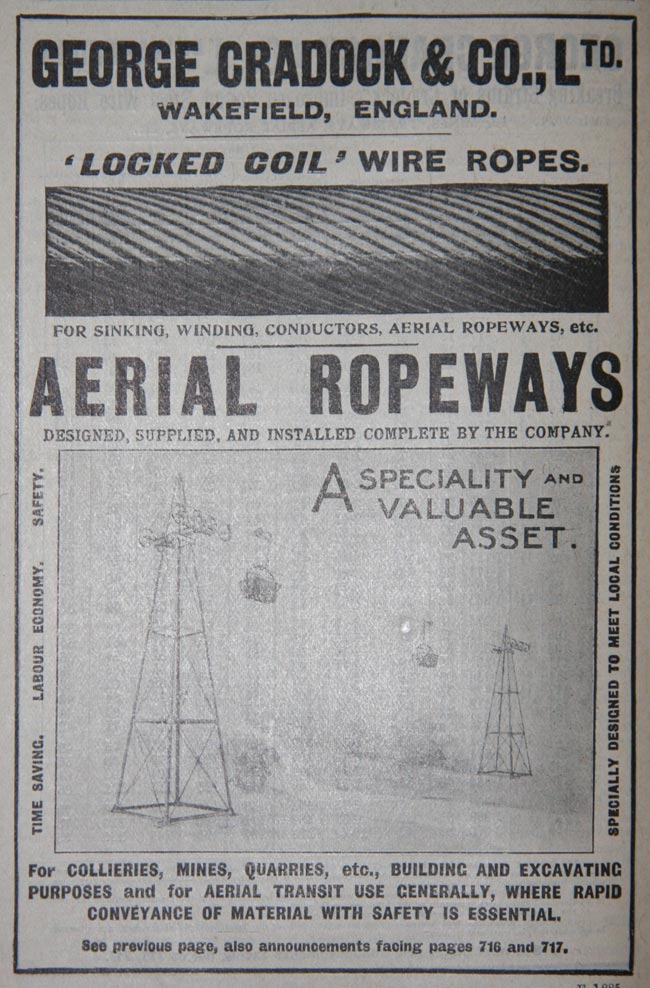 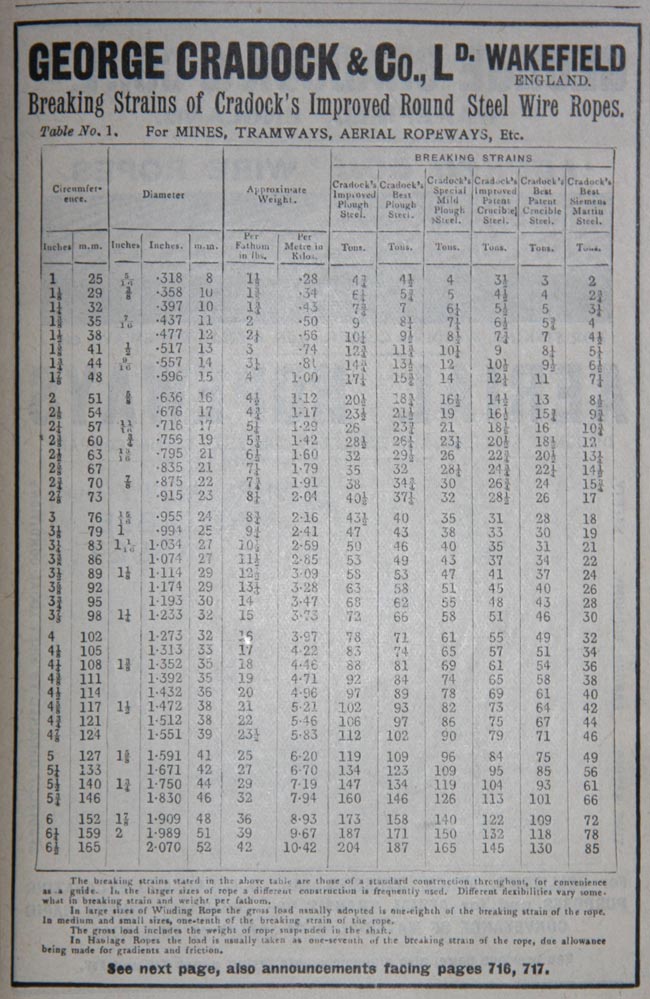 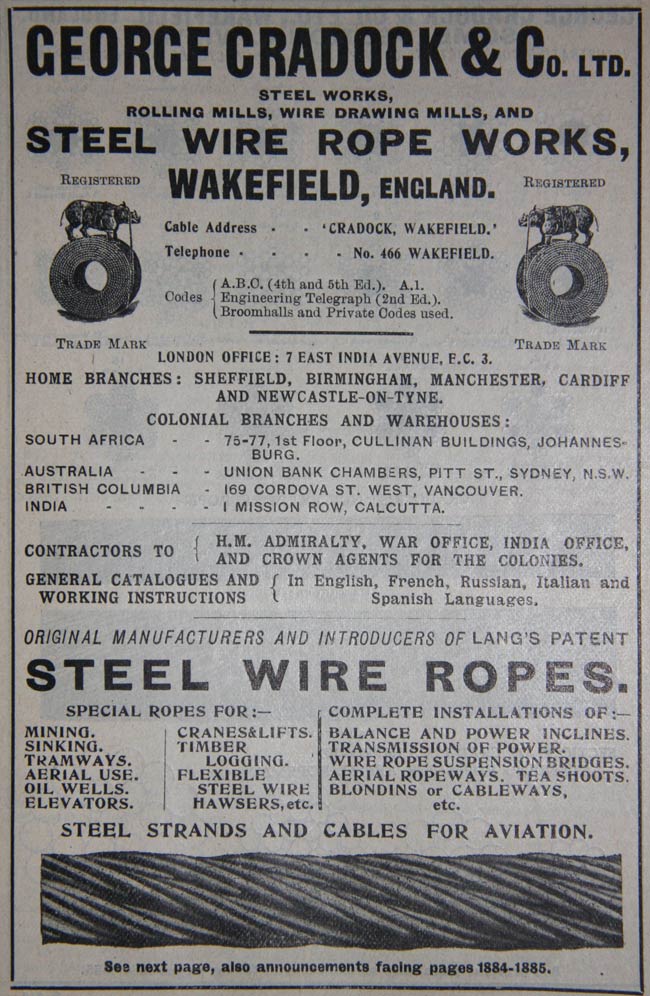 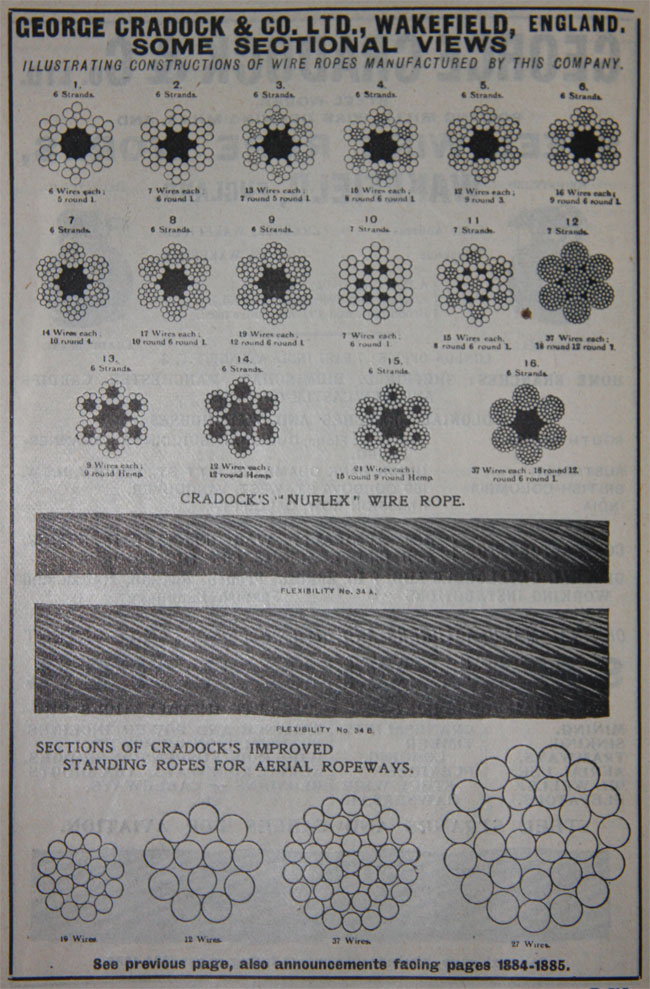 1881 Gave up the manufacture of hemp ropes, excepting those for use in the centre of its own wire ropes, to concentrate on wire rope.

1891 'MESSRS. CRADOCK and Co, Wakefield, have been awarded the contract fo r the supply of wire ropes to the Tramway Funiculaire de Belleville, Paris.'[3]

1900 The firm started making its own steel.

1924 One of eight companies merged into British Ropes Ltd on its formation[11].