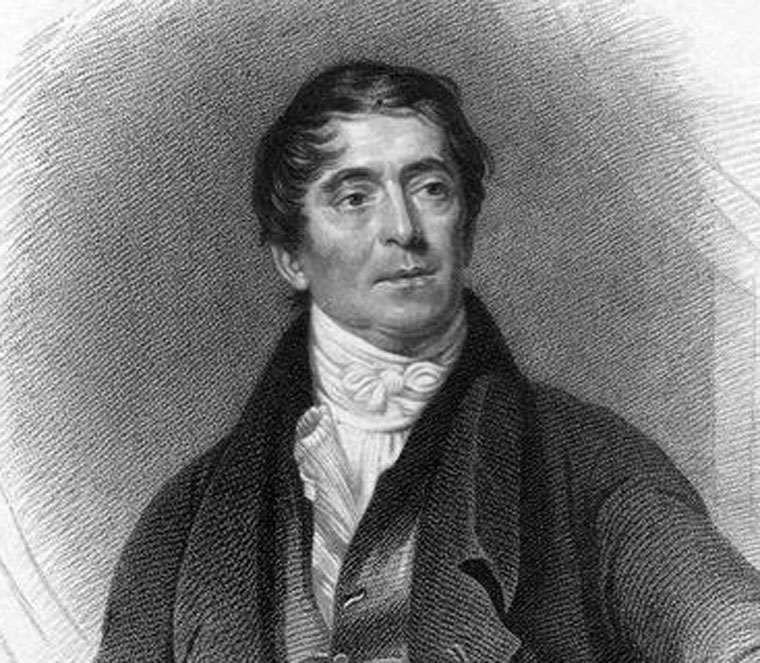 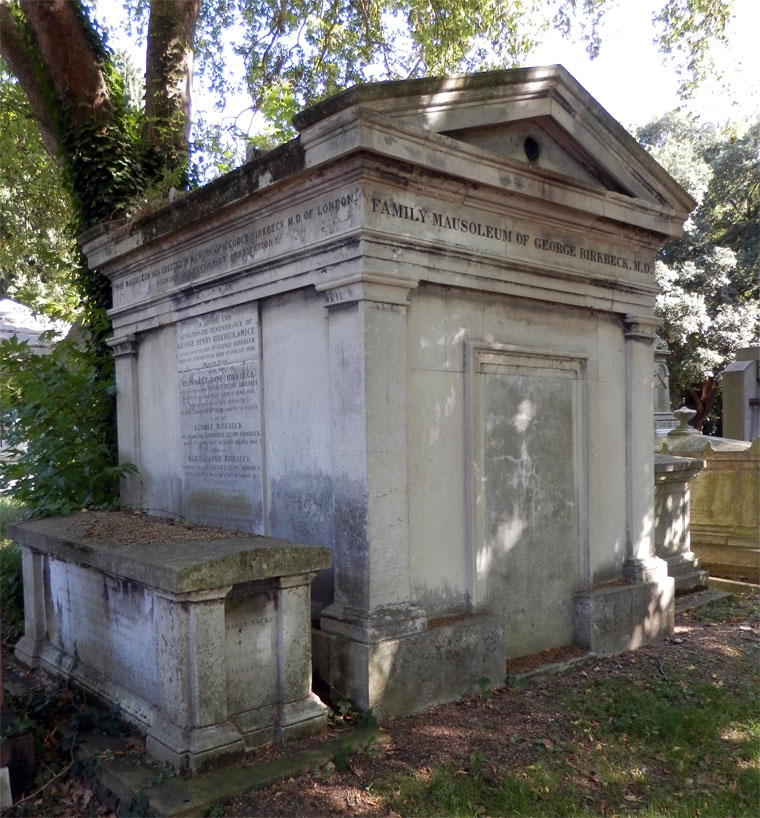 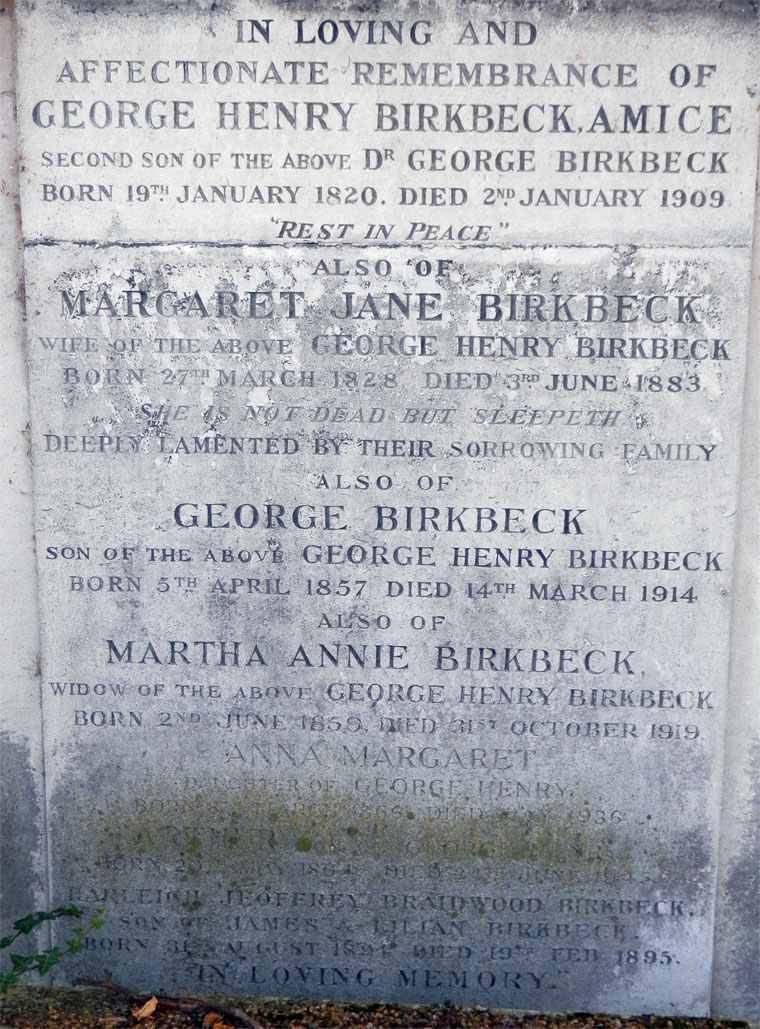 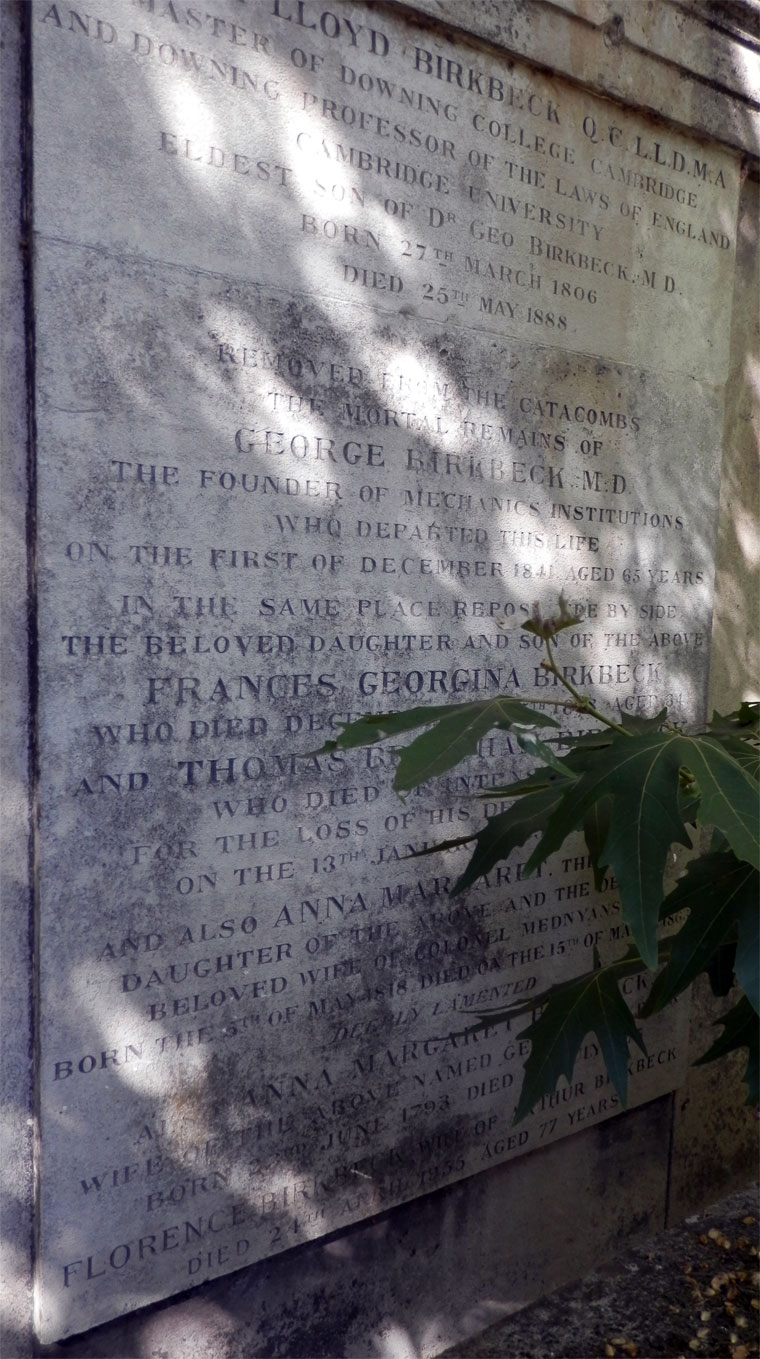 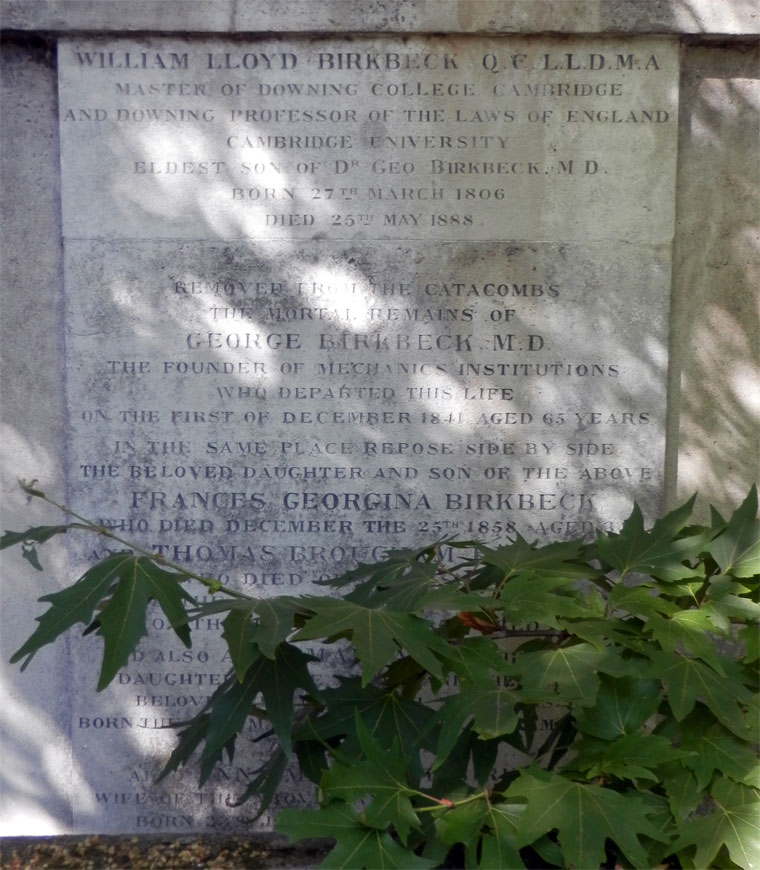 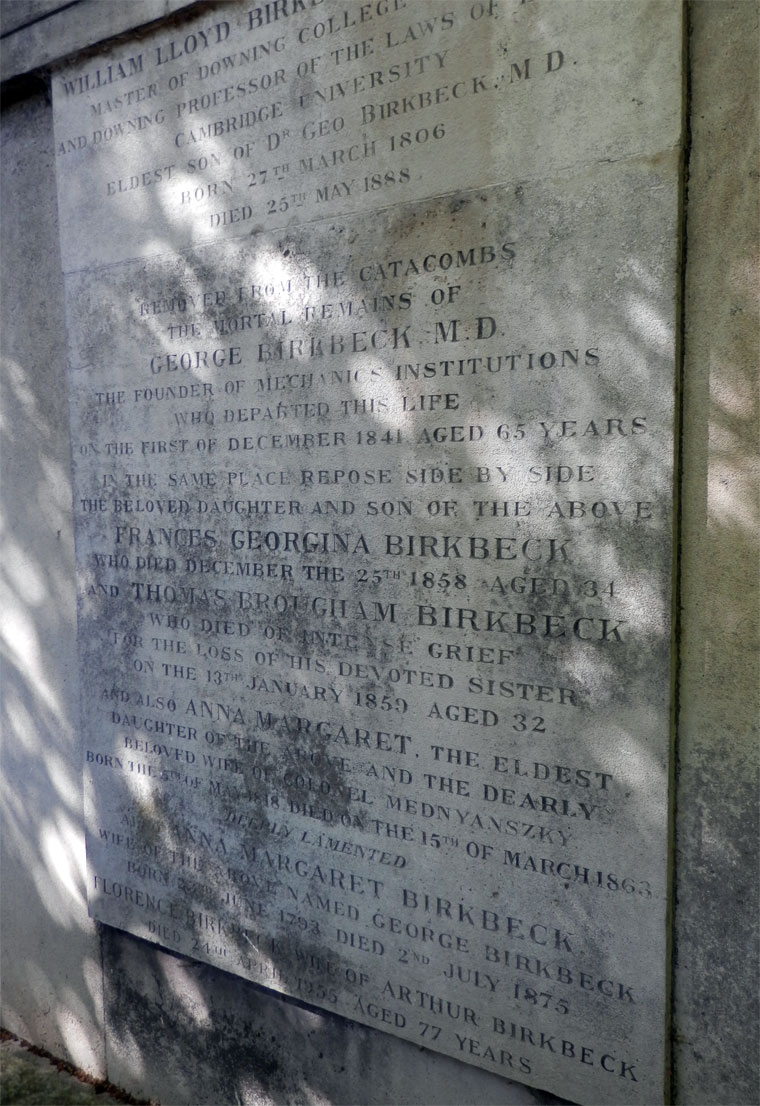 from the Quaker family of Settle

1776 January 10th. Born to a Quaker family in Settle, North Yorkshire, Birkbeck went to Sedbergh School and then completed his training as a doctor in Edinburgh in 1799.

Before practising as a physician, however, he initially embarked on an academic career, being appointed second professor of natural philosophy at the Andersonian Institution, which later became the University of Strathclyde in Glasgow.

After mechanics started asking questions about the apparatus he used in his lectures, he had the idea of holding free, public lectures on the 'mechanical arts' (c1800-1804). These Saturday evening events proved very popular and continued after his departure to London, leading to the formation in 1821 of the first Mechanics' Institute in Glasgow.

Working as a doctor in London, Birkbeck, with others, established the London Mechanics Institute in November 1823 - of which he was the first President. The Mechanics Institute concept was quickly adopted in numerous other cities and towns across the UK and overseas, but his association with the ground-breaking London institution was marked by it being renamed the Birkbeck Literary and Scientific Institution in 1866 (now, as Birkbeck College, part of the University of London).

He also helped create the first chemistry laboratory for undergraduates at University College London, and was head of the short-lived London Chemical Society of the 1820s.

1841 December 1st. He died and was buried in Kensal Green Cemetery, London.

A monument is in St Akelda's church in Giggleswick, near his birthplace in Settle.