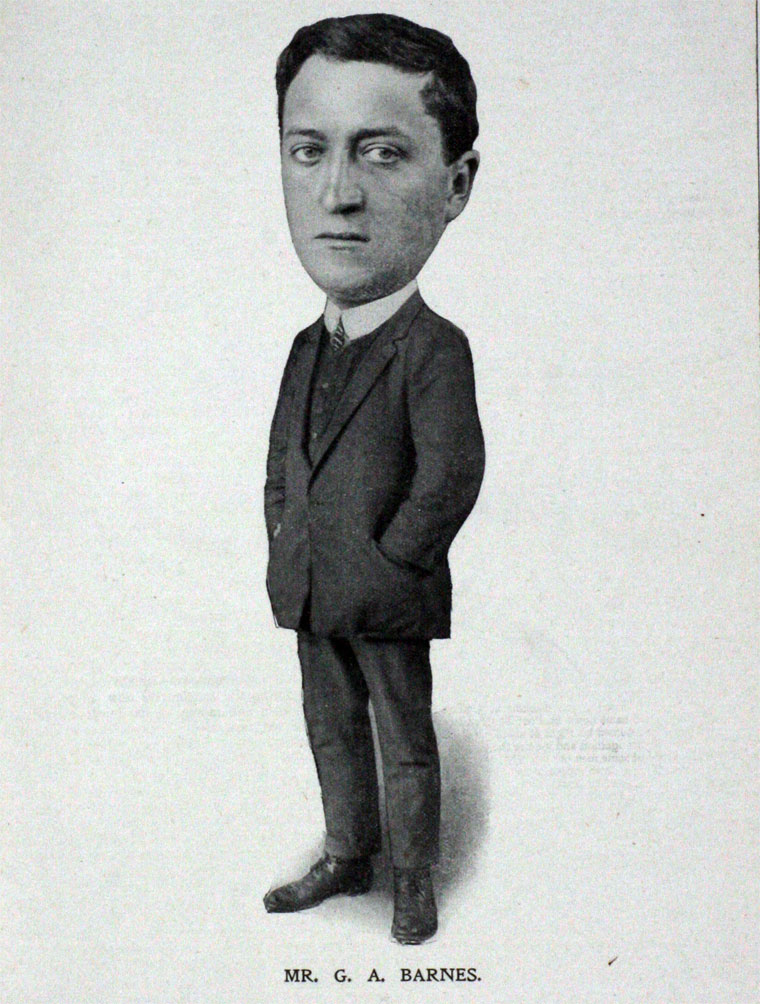 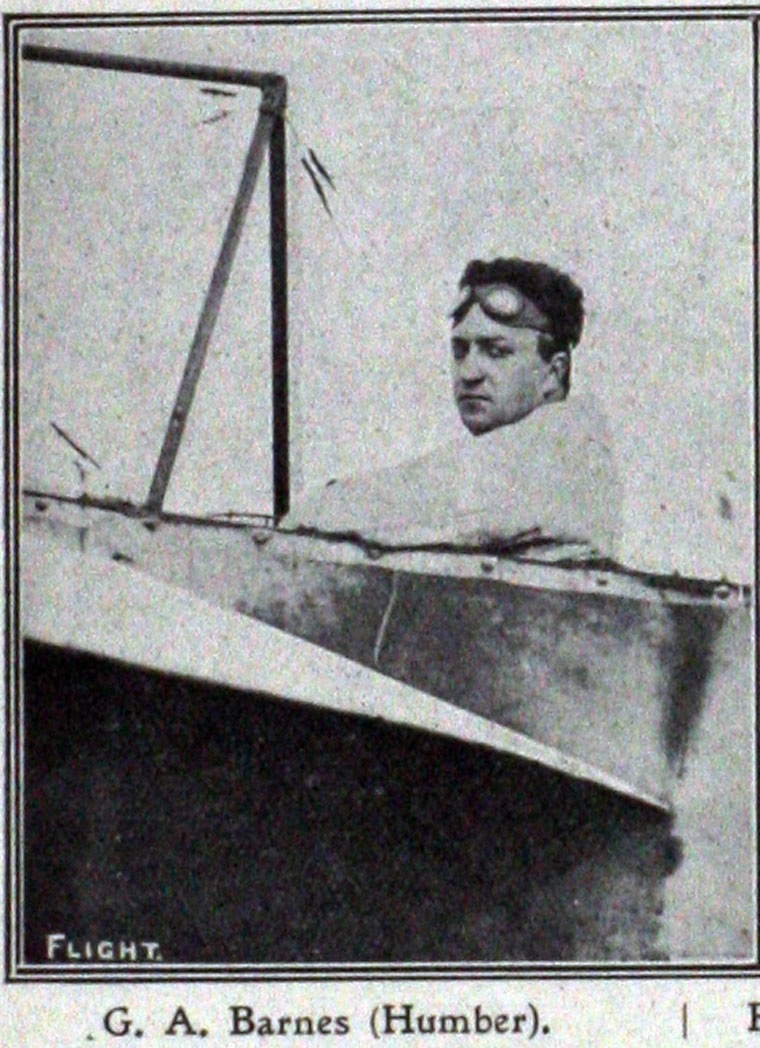 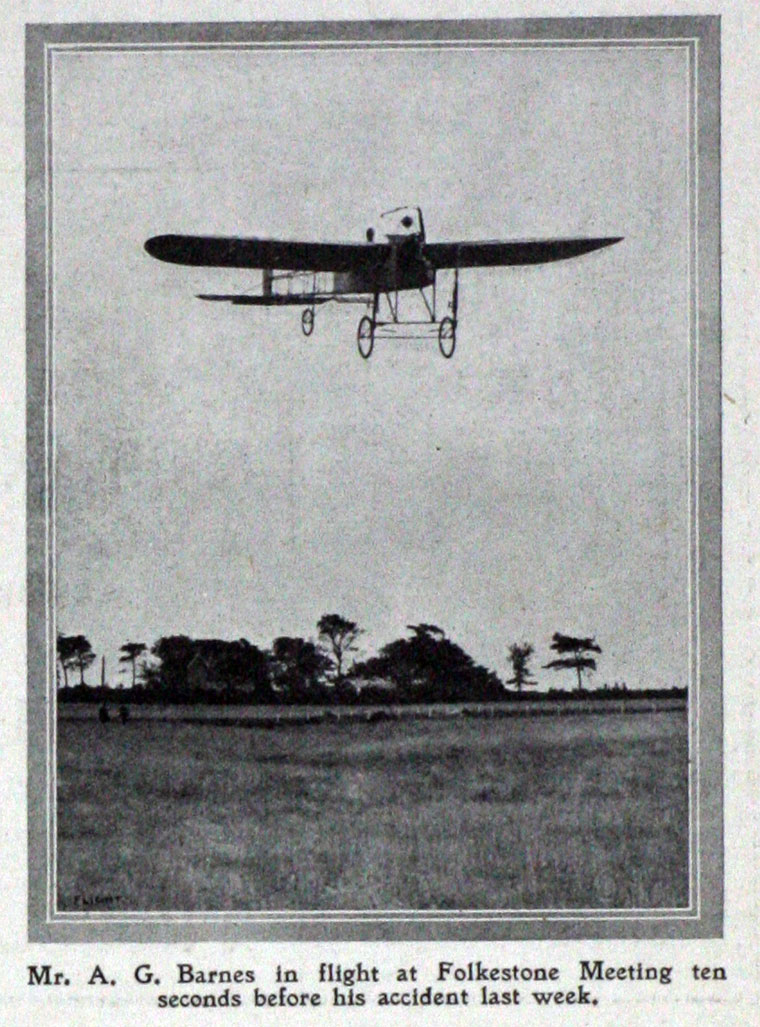 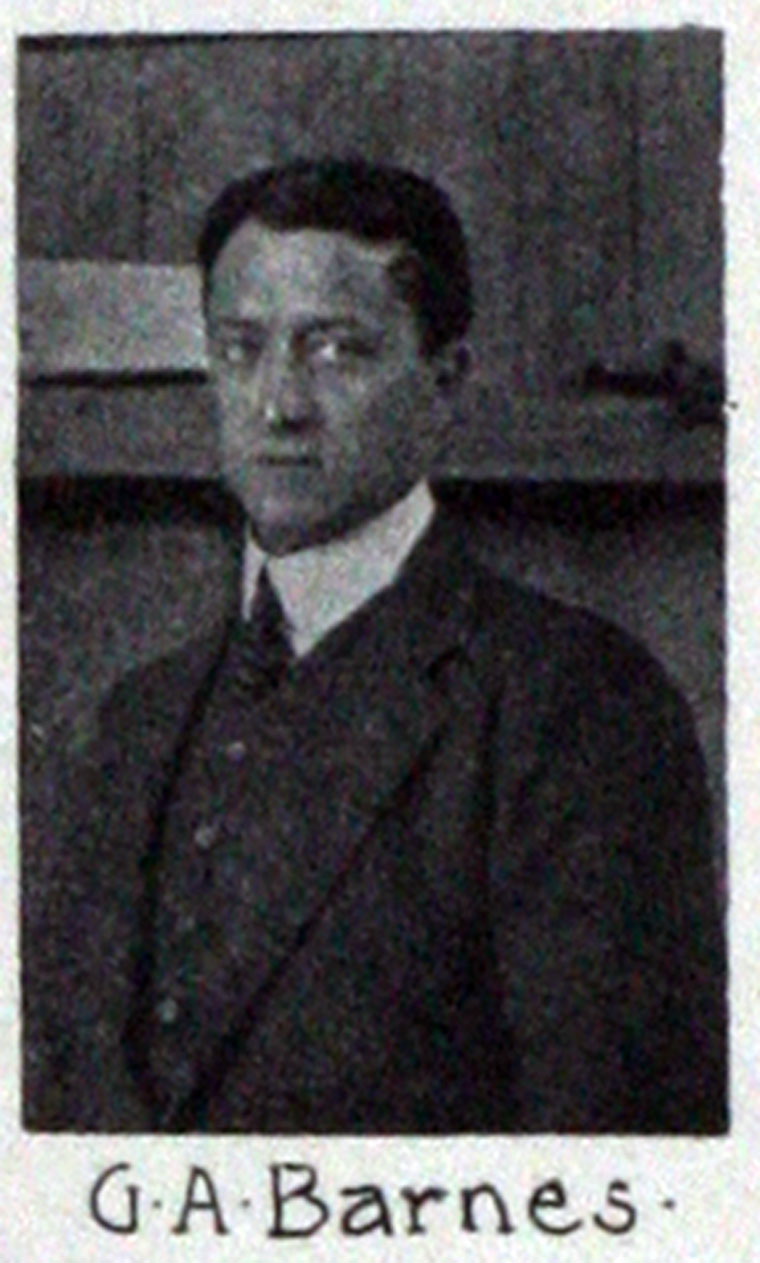 1883 Born in Hoxton, London, the son of Frank Barnes, a Licensed Victualler, and his wife Amelia

1904-05, Barnes was in a partnership with George Wilton, manufacturing and selling motorcycles as George A. Barnes and Co.; the partnership was dissolved on 17 August 1905. '... the Partnership heretofore subsisting between us the undersigned, George Arthur Barnes and George Wilton, carrying on business as Motor Manufacturers and Dealers in Motors, &6 112, Prince-street, Deptford, Kent, under the style or firm of "GEORGE A. BARNES AND CO.," has been dissolved by mutual consent ...'[3]

1904-06 Made a number of tricars at Lewisham and Deptford

1909 ' Mr. George A. Barnes, motor engineer, Lewisham, and formerly a prominent motorcycle rider in England and on the Continent, has for some months been engaged in the construction of a monoplane on some marsh ground in the neighbourhood of Abbey Wood, near London. On Monday a trial was made. The machine left the ground, and a circuit of about one and three-quarter miles was made, lasting about two and half minutes. On coming down to earth a sudden current of wind tilted the rear of the machine up, and the front came in contact with the bank of a ditch. Mr. Barnes was able to retain his seat, but the monoplane was travelling at about forty miles an hour, the shock sprained his left wrist. He was at once released from his position, and it was then found that the woodwork was completely wrecked. Mr. Barnes claims to the first to have flown in an all-English machine.'[5]

1910 Gained his aviator's certificate No. 16 flying a Humber monoplane at Brooklands