Grace's Guide is the leading source of historical information on industry and manufacturing in Britain. This web publication contains 143,370 pages of information and 230,037 images on early companies, their products and the people who designed and built them. 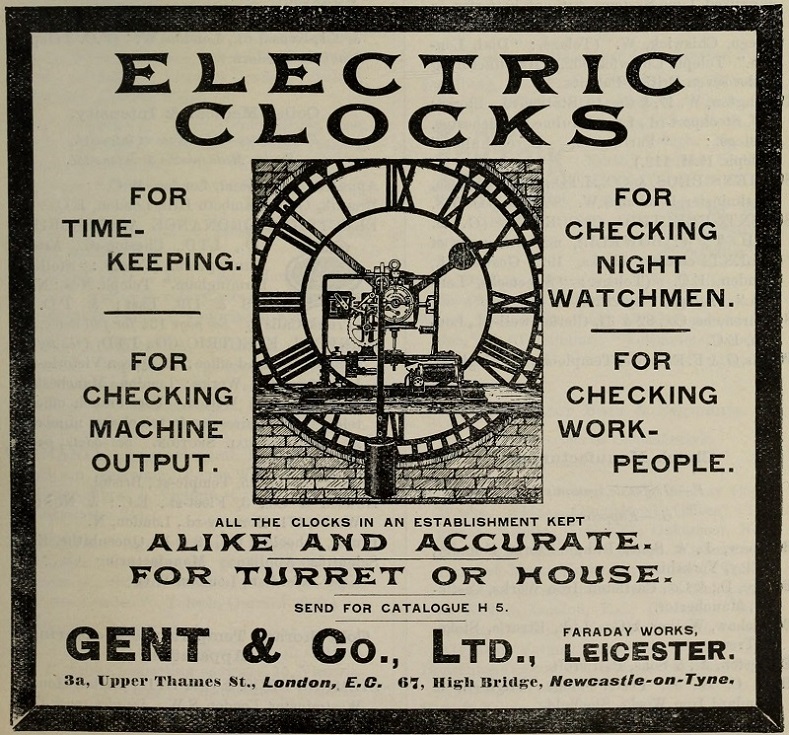 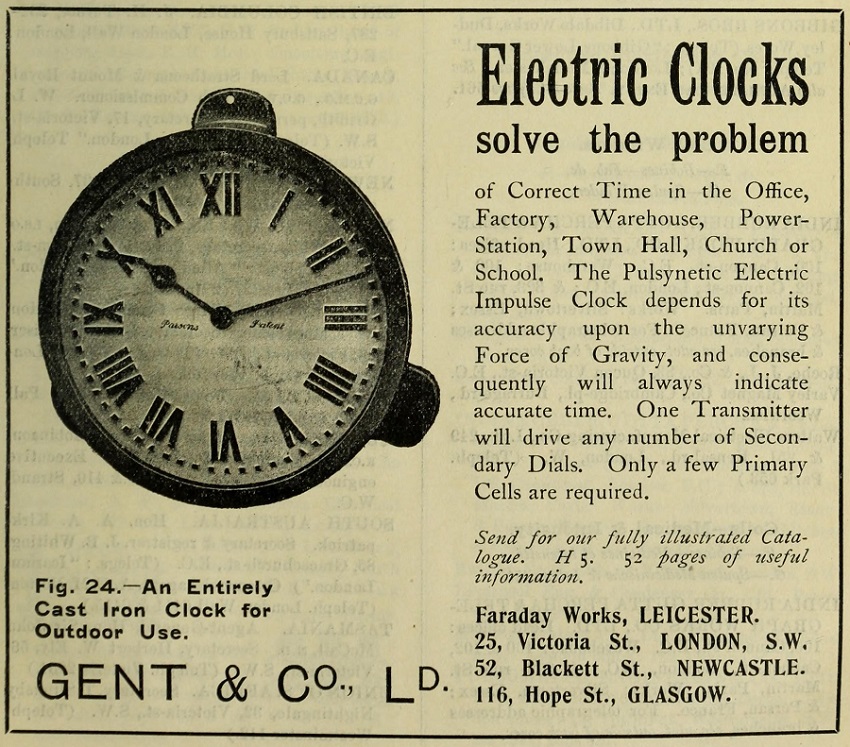 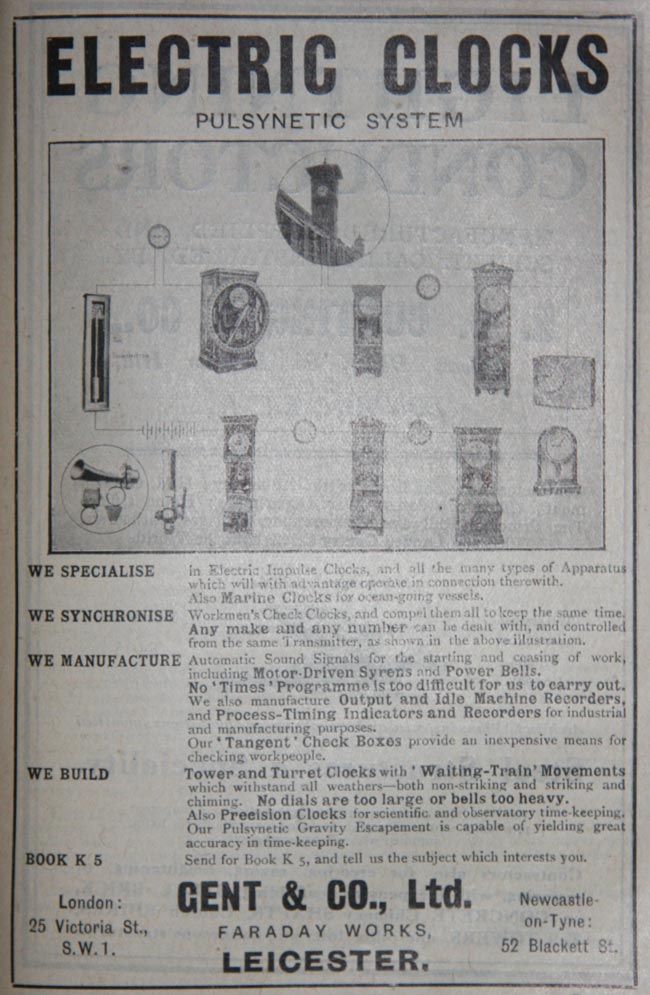 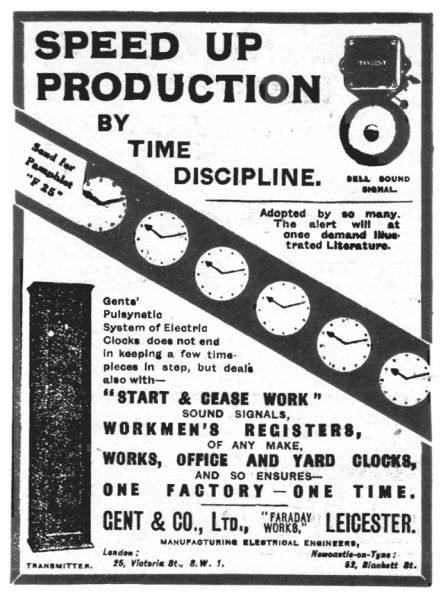 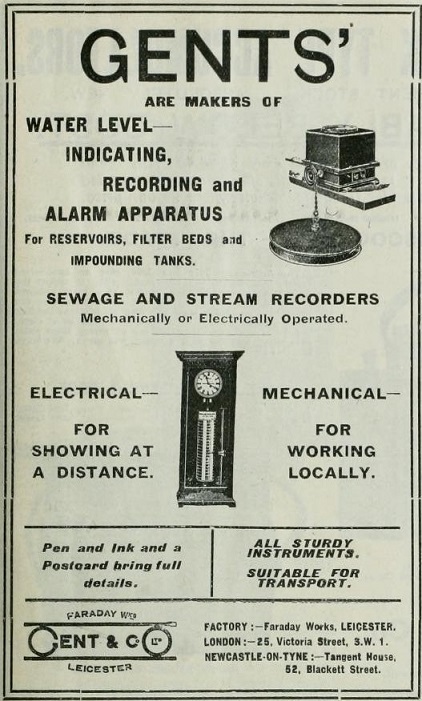 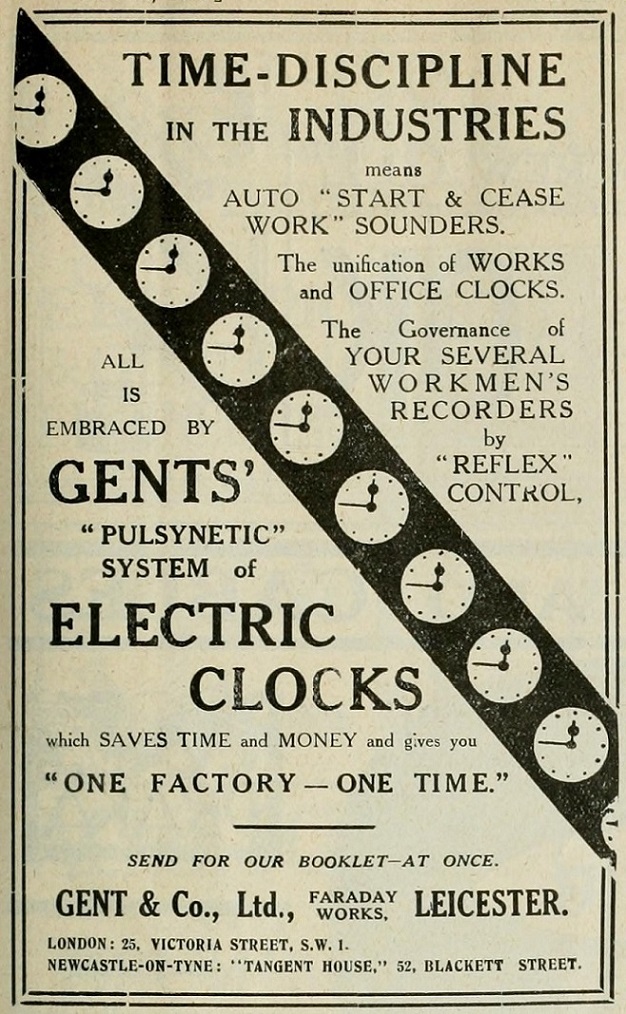 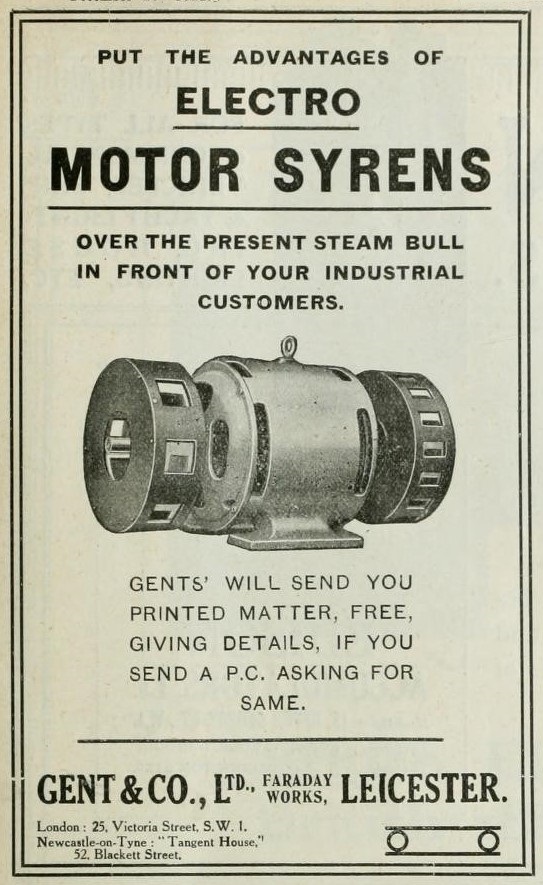 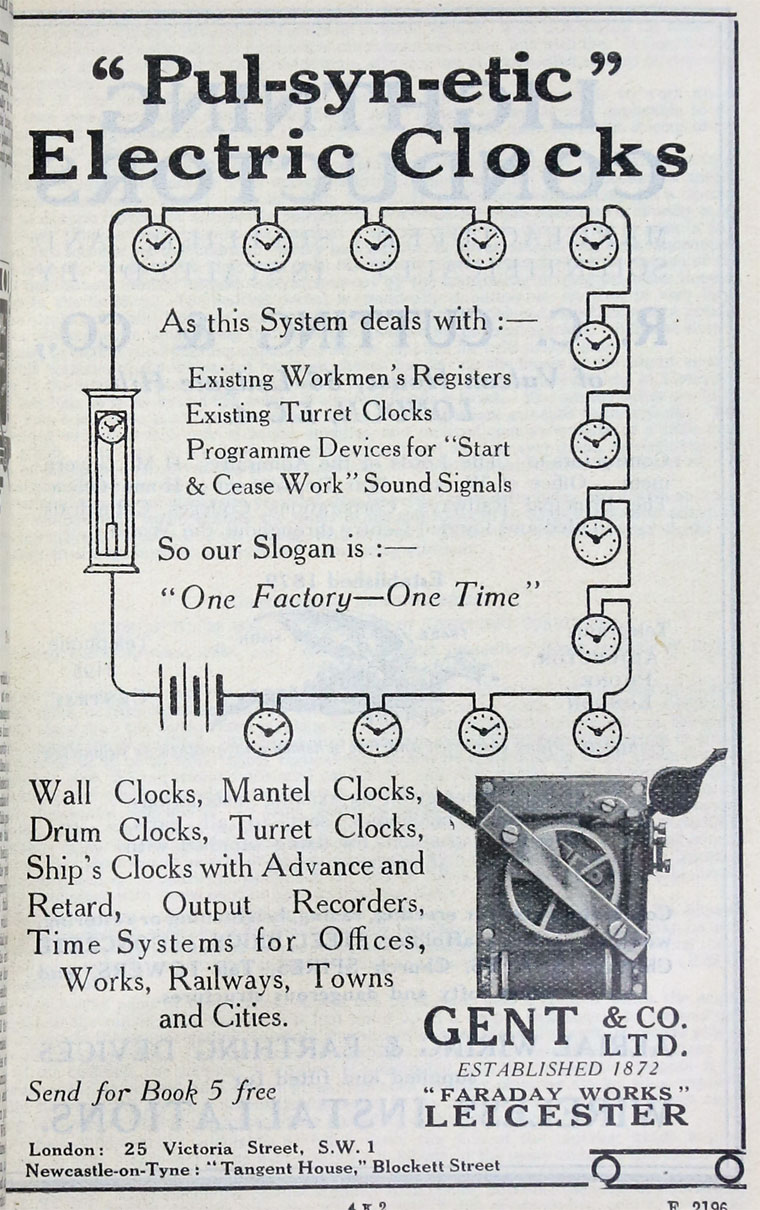 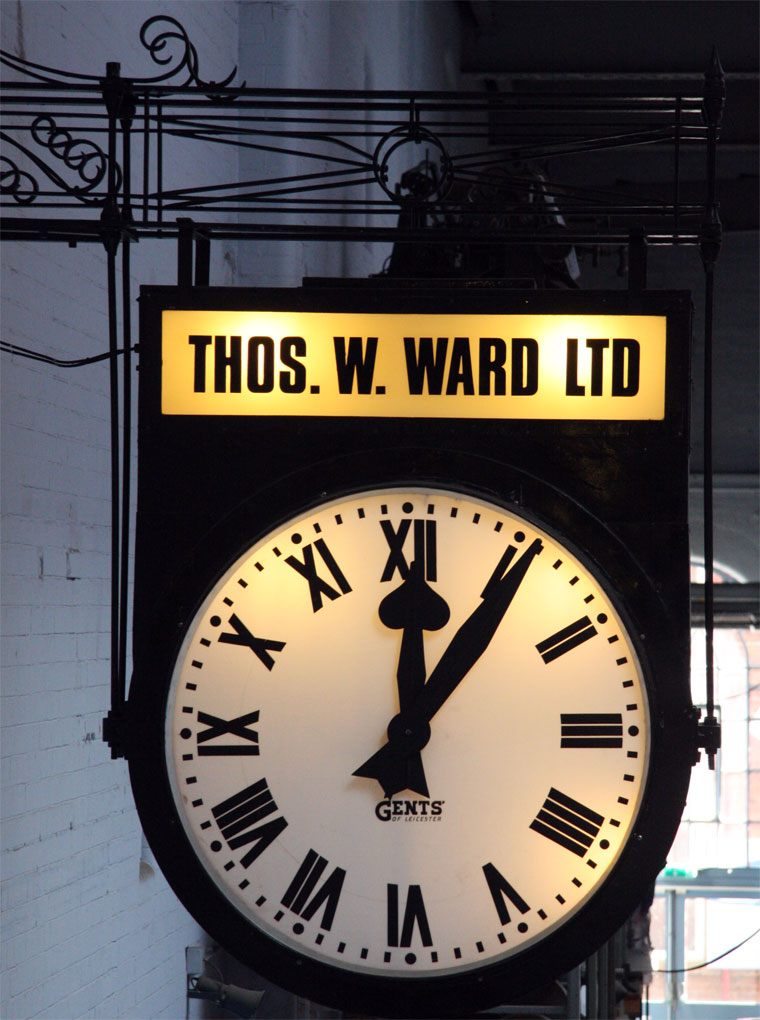 1938. Clock by Gent and Co. Exhibit at Kelham Island Museum. 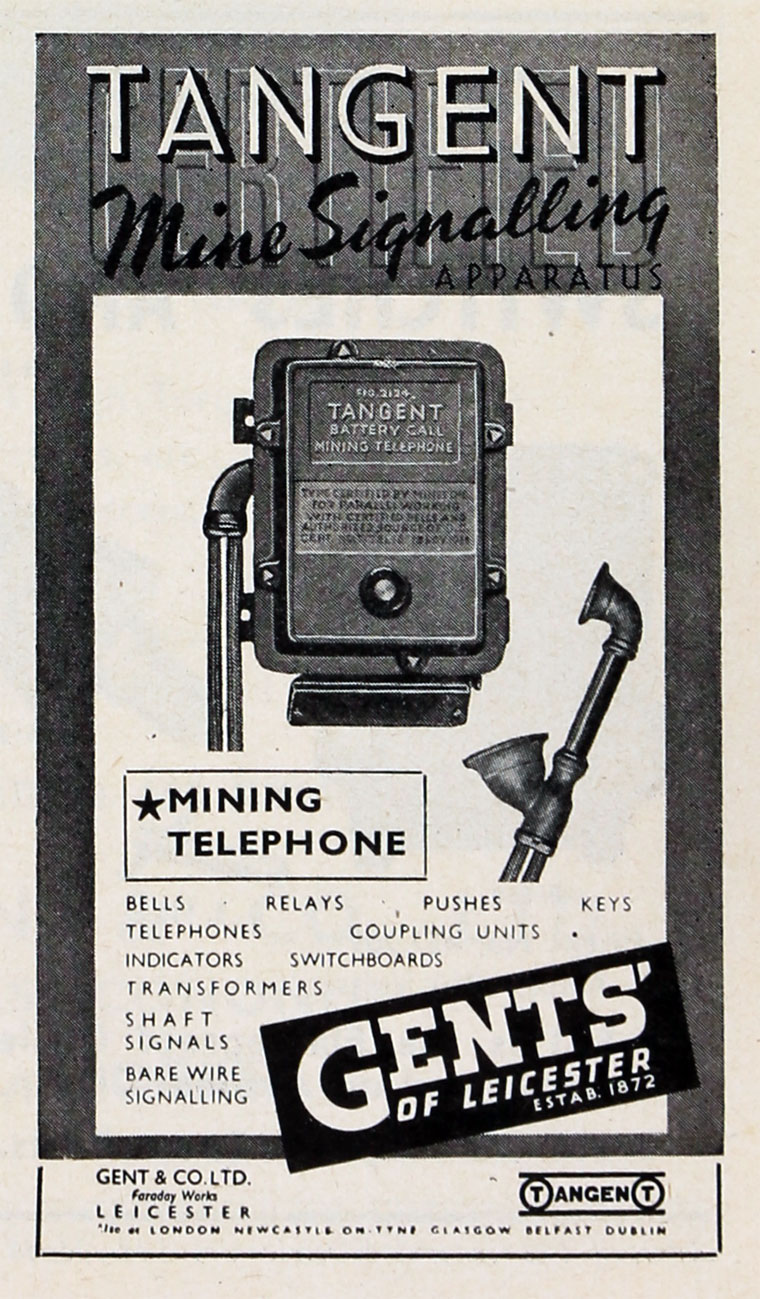 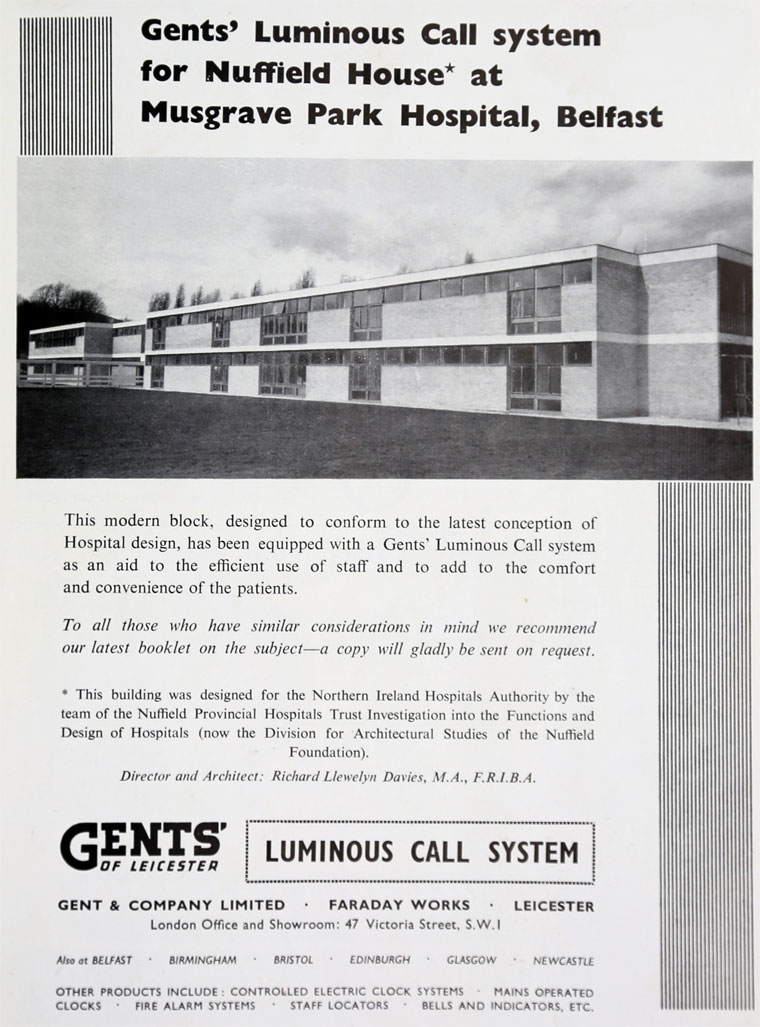 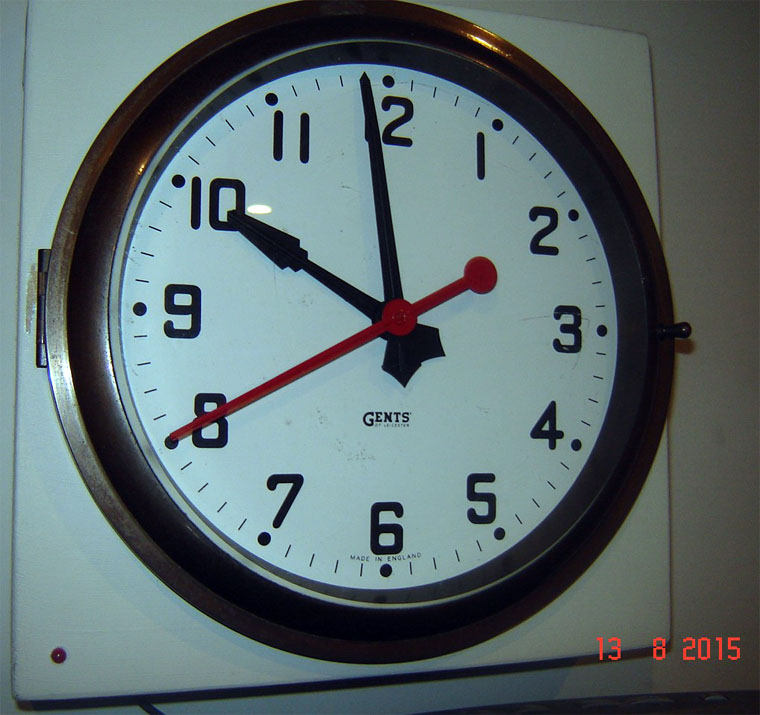 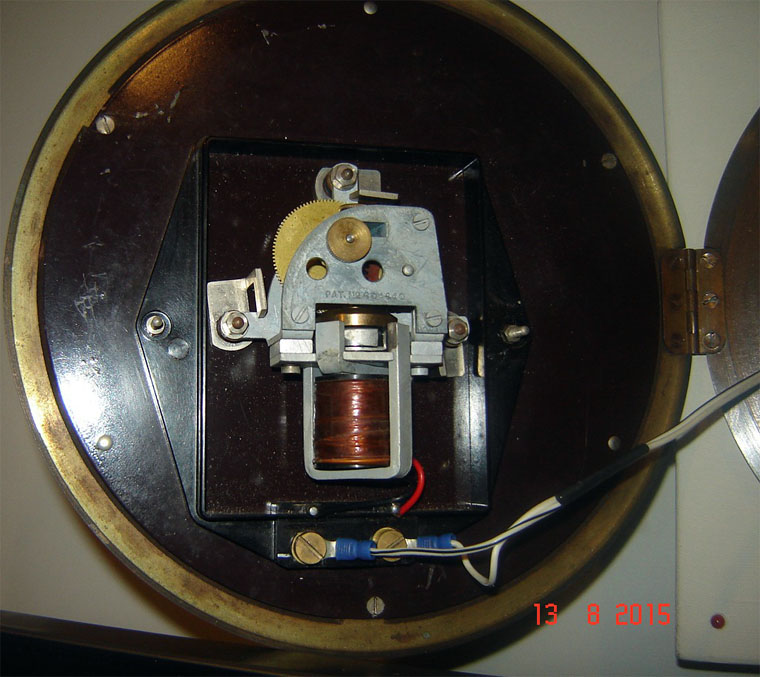 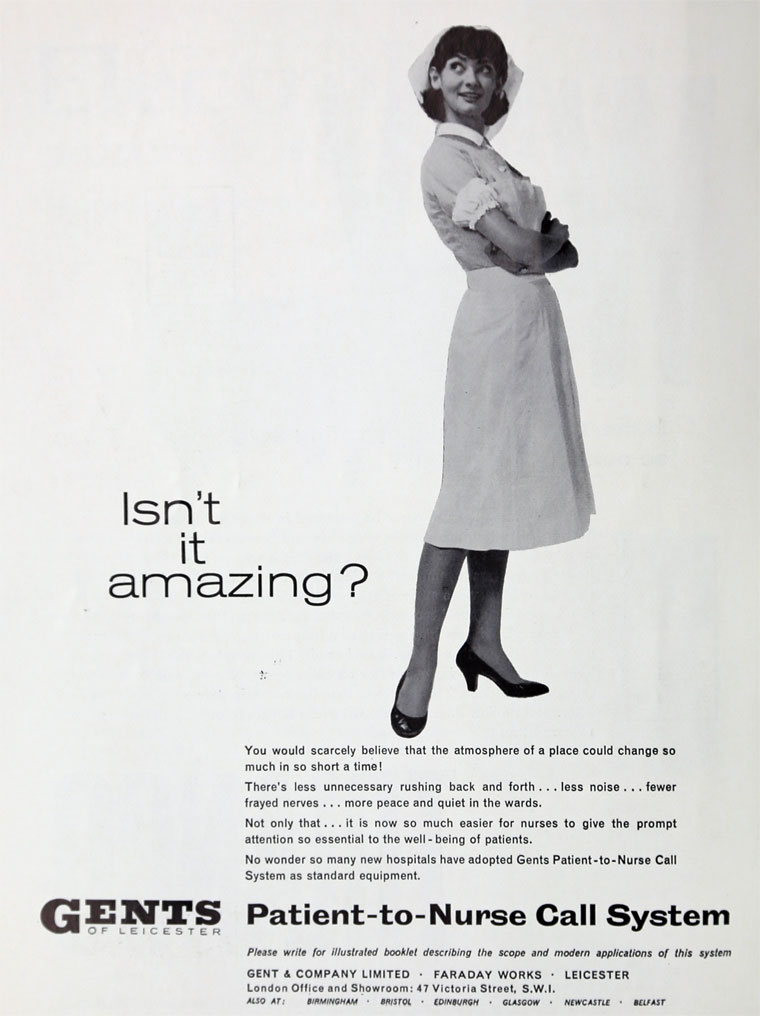 1872 John Thomas Gent started the business after serving an apprenticeship in Halifax.

It is said that G. T. Gent and Co were one of the first to produce electric bells in the UK. During the first years Gent was interested in developing electrical equipment, including telephones, fire alarms, electric lightning and other devices.

1884 I. H. Parsons was apprenticed to Mr Gent, later followed by A. W. Stavely. Mr Gent retired from Gent and Co that year, leaving Parsons and Stavely as joint partners.

1903 The firm was registered as a limited company known as Gent and Co. Shortly after that A. E. J Ball joined the company and they started to produce an electric clock system, known eventually as the "Pul-syn-etic".

1904 Offered water-tight contacts for use with water-level alarms.