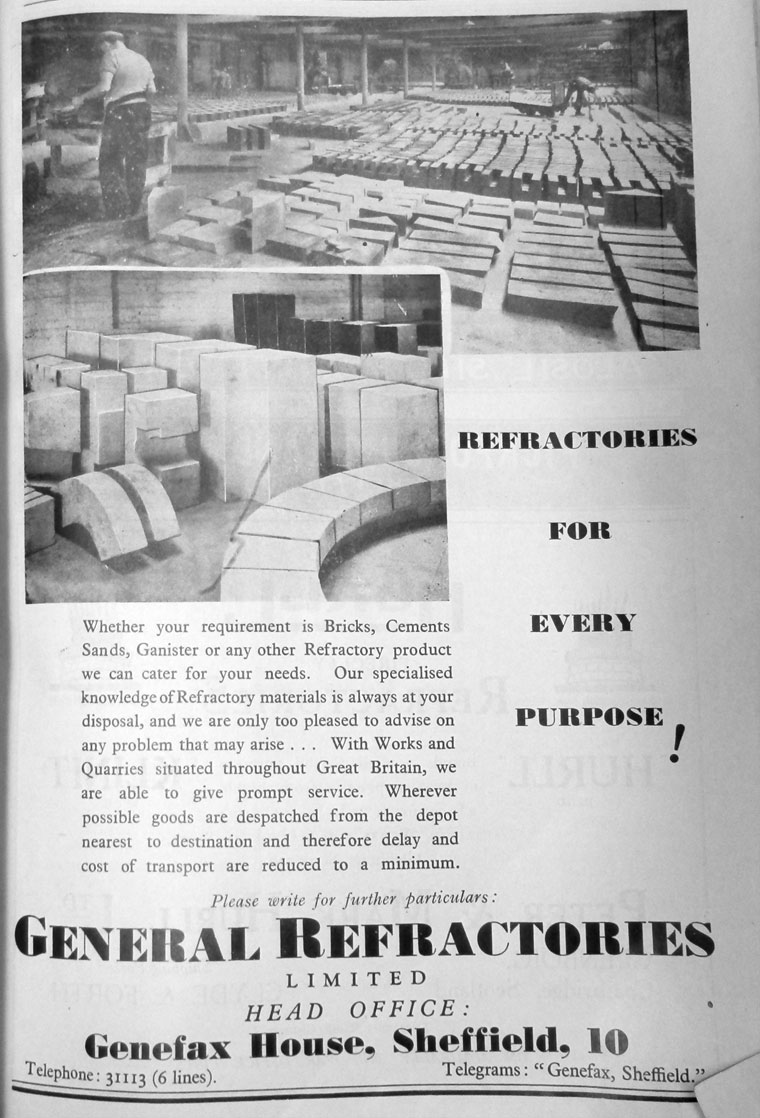 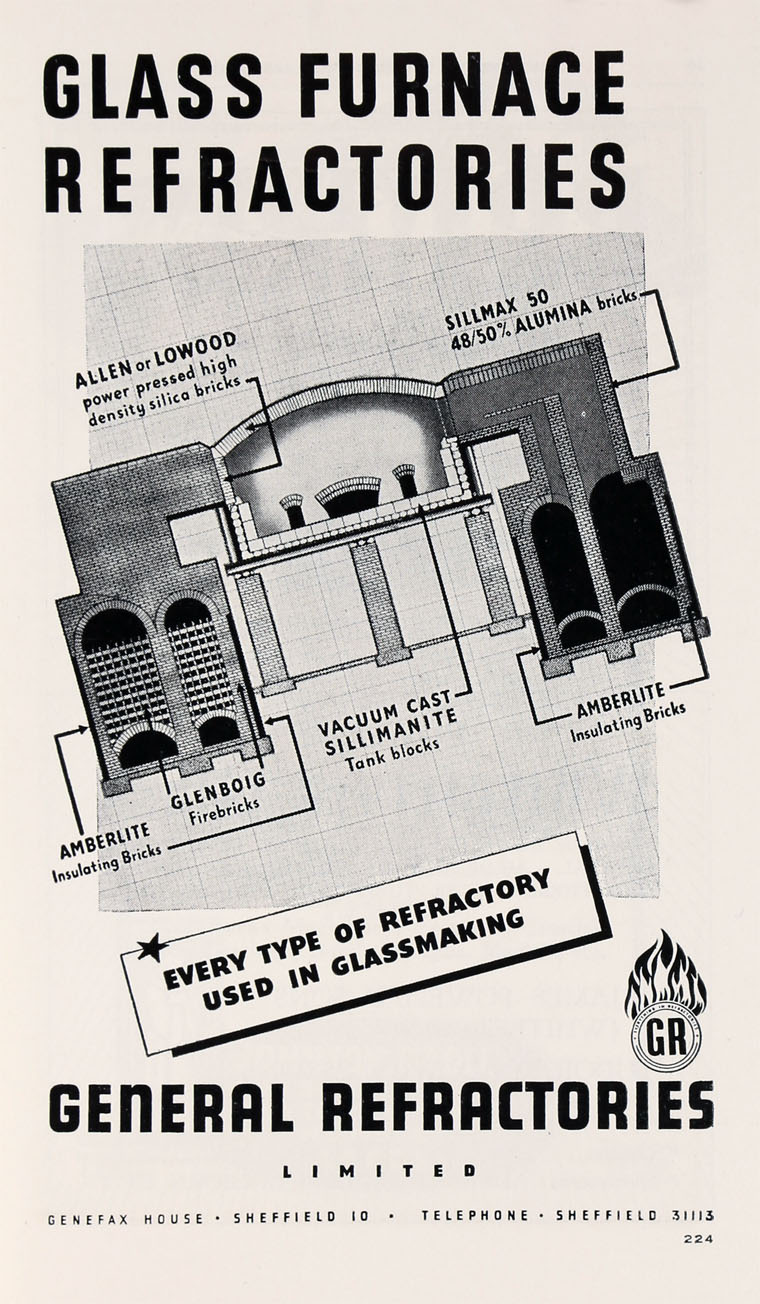 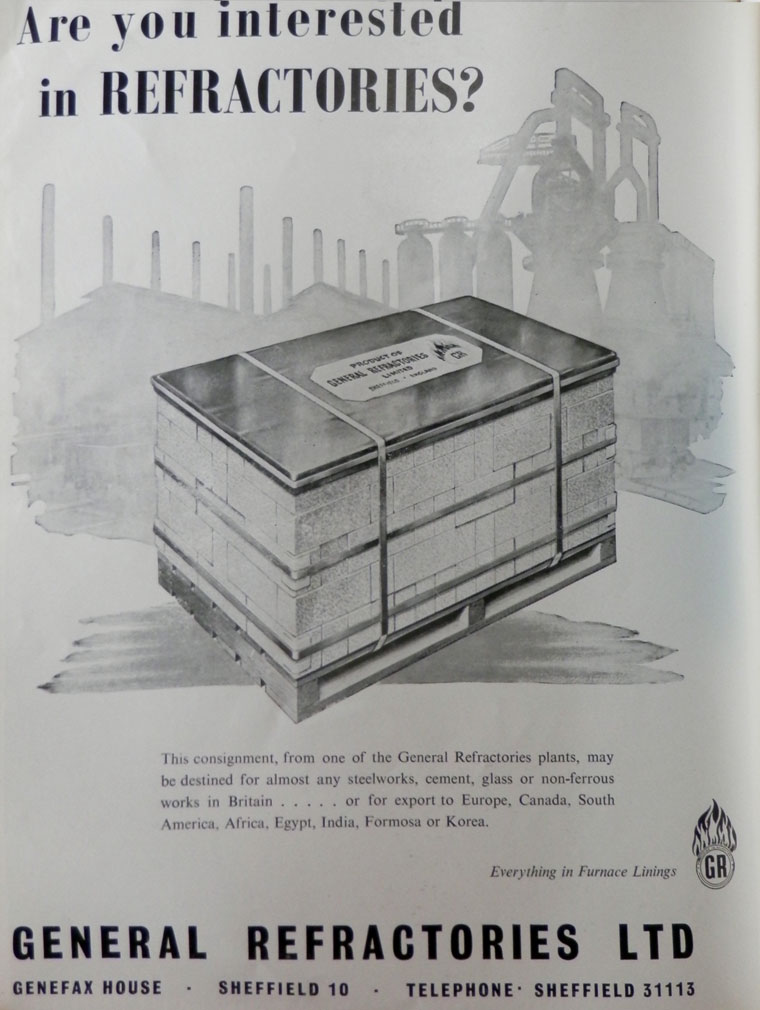 1900 The company was registered as Worksop Brick Co Ltd.

1929 Changed its name to General Refractories.

It owned factories at Sheffield, Worksop, Bawtry, Middlesbrough and King's Lynn together with the Mayers Lane mine, Bradfield and the Wharncliffe Chase Mine, Deepcar.

1937 British Industries Fair Advert as Manufacturers of Heat Resisting and Heat Insulating Materials of Every Description. Saxpyre, the improved Basic Refractory. Moulding and silica Sands of every type. Insulating Bricks which reduce full costs by as much as 20 per cent. (Engineering/Metals/Quarry, Roads and Mining/Transport Section - Stand Nos. D.913 and D.810)

1969 Discussions with Hepworth Iron Co about a merger; would create a large clay-using group from the 2 largely complementary companies[3].