Grace's Guide is the leading source of historical information on industry and manufacturing in Britain. This web publication contains 148,552 pages of information and 233,970 images on early companies, their products and the people who designed and built them.

Exhibit at Geevor Tin Mine Museum. Head Gear over the Victory Shaft. 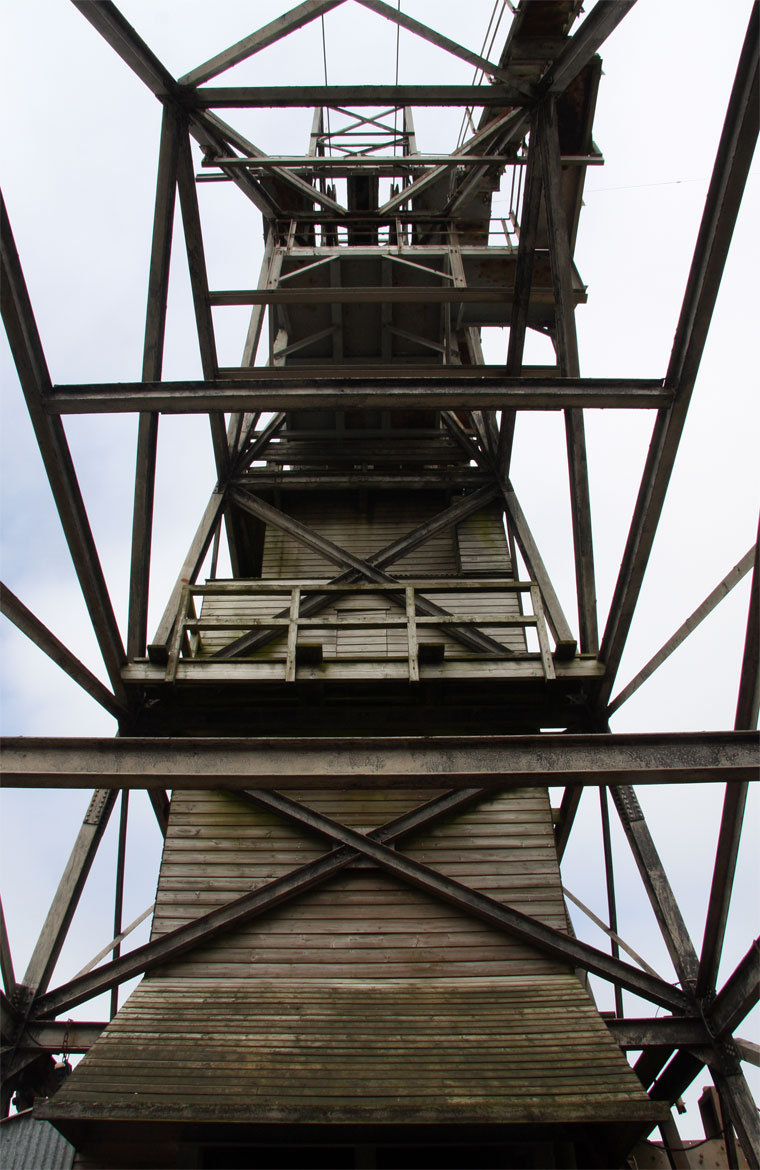 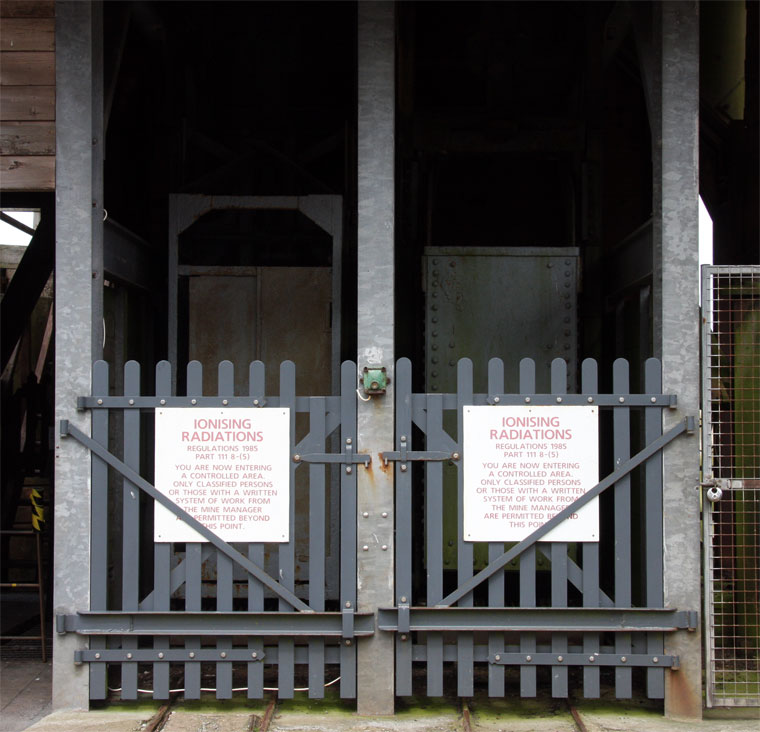 Exhibit at Geevor Tin Mine Museum. The Winding Gear for the Victory Shaft.

Plaque on the Winding Gear on the Victory Shaft at Geevor Mine.

Electric Winding Equipment at Geevor Mine. 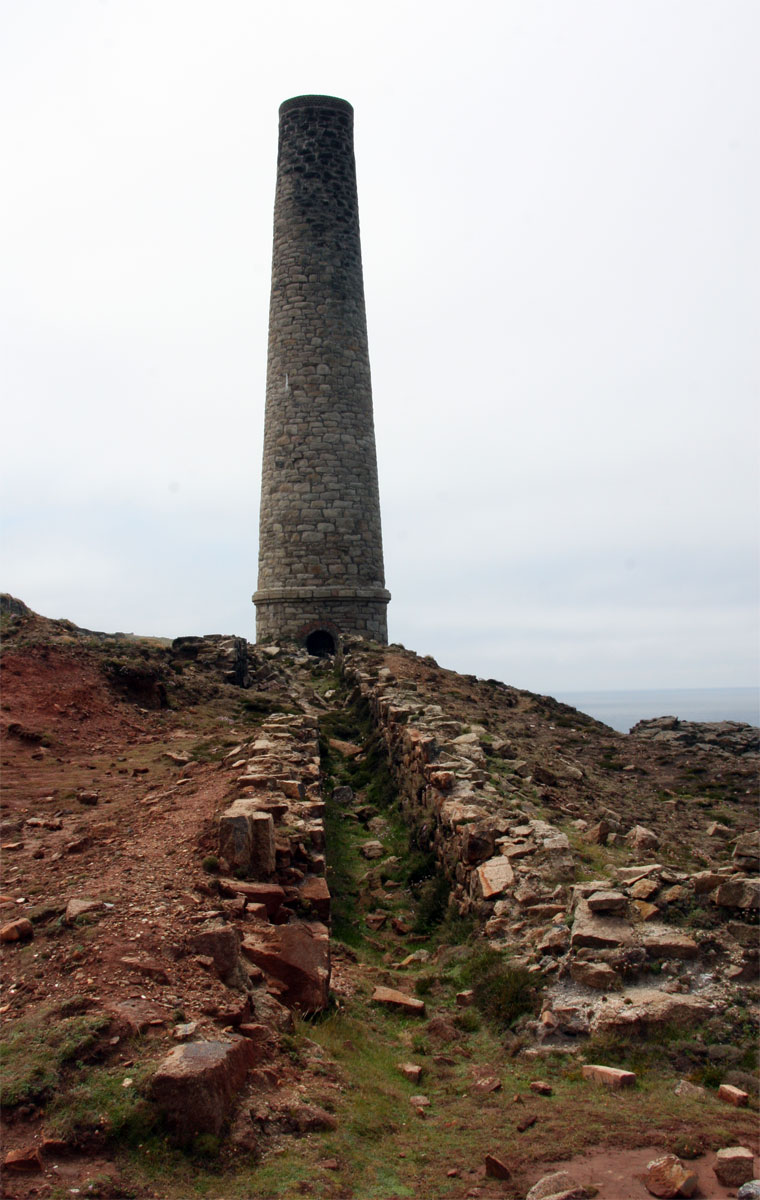 The stacks or chimneys were required to draw air through the mines.

Remnants of Geevors industrial past.

Adits or mine openings can still be seen all round the mining area.

The copper rich deposits can be seen leaching out of the cliff (green).

Mining activity on this site dates back to the Bronze Age, 4000 years. By the 1700s there were a large number of small independant mines called setts.

1716 It is recorded that 'Huel an Gever' was working this ground in 1716 along with other nearby mines at Wheal Geevor, Wheal Mexico and Wheal Stennack.

1851 A new company was formed called 'North Levant' and within nine years were investigating the possibility of working the richer subsea lodes. The mine grew gradually over the next quarter century or so expanding into the former workings of Wheal Bal and Wheal Carne.

In 1891 'North Levant' stopped working due to the generally depressed state of the mining industry in the far west.

1905 The mine lay idle until 1905 when it was purchased by the West Australian Gold Fields Company. The new management renamed the company as 'North Levant and Geevor Ltd'. Its main shaft was the Wethered Shaft, named after Oliver Wethered who became the chairman in 1906.

1911 Geevor Tin Mines Ltd was formed to combine 3 setts; North Levant and Geevor Ltd and Wheel Carne. It covered an area of 208 acres.

1919 The mine survived the turmoil of the First World War and a new shaft was sunk in 1919 to commemorate the Allies victory the previous year. This was the Victory Shaft with the now iconic headgear still remaining.

The winding gear used to haul the massive loads up and down the Victory Shaft at Geevor was originally a steam winder. It can still been seen in situ at the Geevor Tin Mine Museum, although not operational. In August 1954 it was replaced by an enormous electric winder built by BTH and M. B. Wild and Co. Images can be seen on the right of this page. It is a double drum winder powered by a 440 volt motor, which produced 450 horse-power (340Kw). The steel ropes are 28mm in diameter and pass out of the building and up over the top of the head gear and down the Victory shaft attached to the cage. The two cables are set up so that as one unwinds the other winds, so that as one cage is lowered the other is raised. The maximum speed was 25ft per second and a cage could be raised from the bottom of the shaft to the surface in 1.5 minutes.

In the 1920s there was a dramatic drop in the price of tin due to a global economic crisis and from 1930-1932 mining stopped completely at Geevor.

From 1933 to 1938 mining production returned to normal and in fact this was a period of investment as the company bought new machinery and improved the conditions for the miners.

1960s New ore bodies were discovered at Grenfell Lode (Victory shaft) and the rich Simm's Lode (near Boscaswell Lode) in the early 1960's.

In 1975 the decision was taken to drive a sub-incline shaft from Victory Shaft to connect Geevor's 18th level with the lower submarine levels of Levant Mine - at the 278 fathom main tramming level.

There were also plans to run another sub-incline shaft from Victory Shaft over to the ore reserves remaining in the Botallack Sett. New headgear was erected over the refurbished Allen's shaft near to the Botallack Counthouse and exploratory work carried out.

The mine ceased production in 1990 and is now a museum.

Over the life of the modern mine 4.5 million tonnes of ore was raised producing over 50,000 tonnes of black tin.