Built 1823 and replaced in 1901. First iron railway bridge over the Gaunless river at West Auckland.

Model of bridge and 'Locomotion' at the London Science Museum 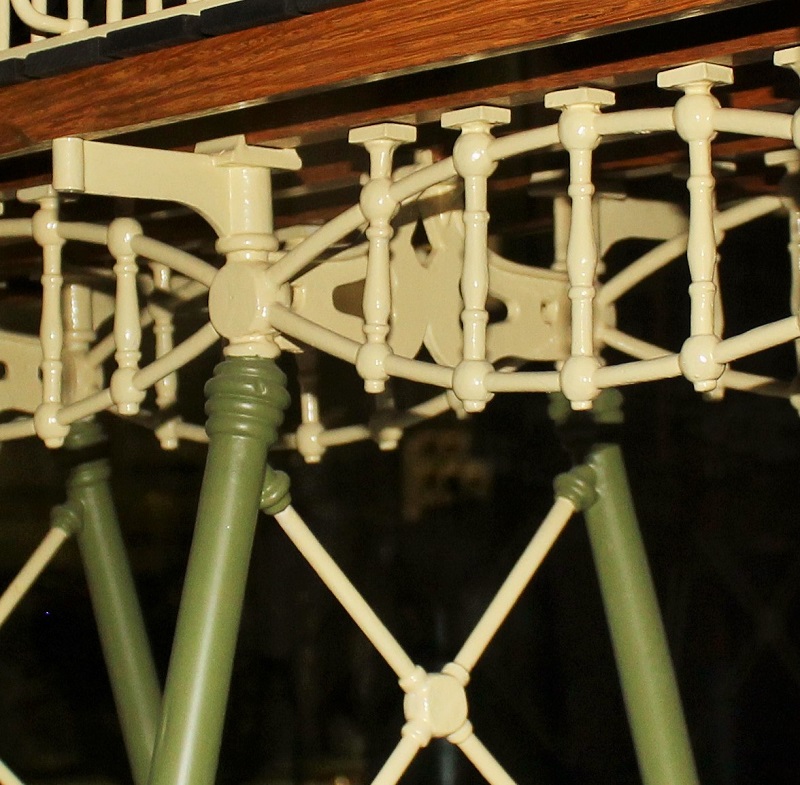 This entry relates to the first iron viaduct over the River Gaunless.

This very early lenticular truss bridge was probably the first iron bridge used on a public railway (as distinct from tramway bridges used on ironworks).

Designed by George Stephenson. Ironwork by John and Isaac Burrell, Newcastle upon Tyne. Constructed in 1823, first used in 1825.

The bridge remained intact until 1901 when it was dismantled. It was later re-erected in the Queen Street Museum, York for its opening in 1928. It was re-erected at the National Railway Museum in 1975.

The five pairs of splayed cast iron columns and cross beams are connected by girders of 12ft 6in span: these are of curved wrought iron bars with cast iron vertical posts supporting the longitudinal deck members and track. [2]

John Rapley considered that it 'was far more sophisticated than its resemblance to a giant bedstead might suggest.'[3]