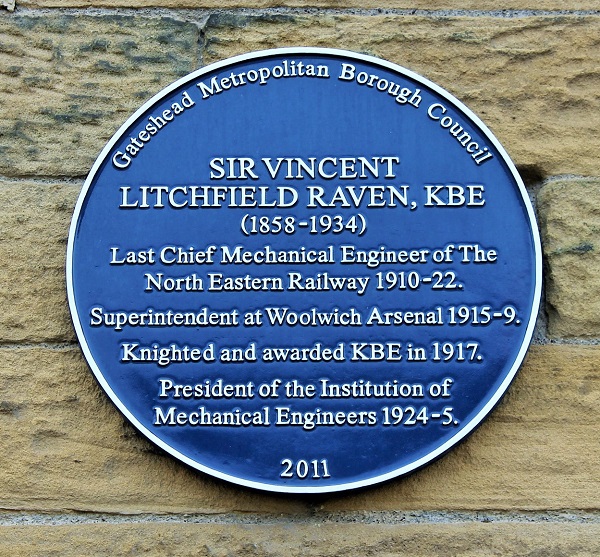 In 1844 Brandling Junction Railway Company, a predecessor company of the North Eastern Railway (NER), gained powers to erect a station at Greenesfield, Gateshead.

1852 The York and Newcastle Railway company built large locomotive sheds and works on the same site, immediately adjacent to the south end of the High Level Bridge.

The Gateshead Railway Works closed in 1933. However, a number of the works buildings have survived, some tastefully restored for commercial and residential use, while several others are presently (2017) derelict.

The assumed function of the buildings is based on the 1896 plan in 'The Engineer'.

Photo 2: Not present on 1896 plan. Opposite side of road to Photo 1. It has been graced with a blue plaque commemorating Sir Vincent Litchfield Raven (Photo 5). Presumably the building was Raven's office.

Photo 6: Part of large model in the Discovery Museum, Newcastle, made in 1929. Gateshead Works is embraced by the southern part of the railway system loop serving Newcastle Railway Station and by the River Tyne.