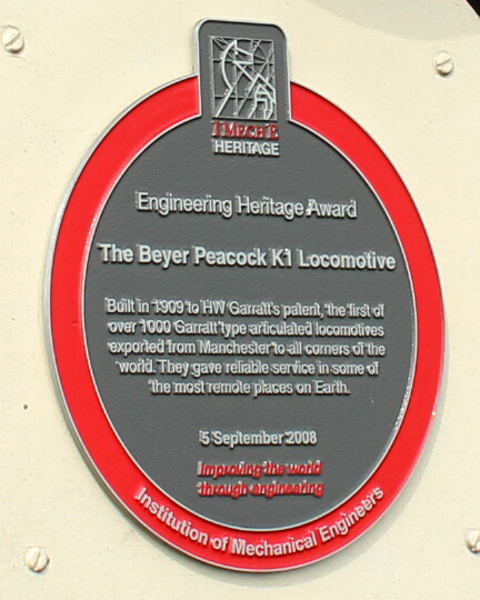 A Garratt is a type of steam locomotive that is articulated in three parts. Its boiler is mounted on the centre frame, and two steam engines are mounted on separate frames, one on each end of the boiler. Because a Garratt locomotive has the wheel arrangement of two locomotives back to back, it is typically named "Double x," where x is a named arrangement. The 4-6-2 arrangement is called a Pacific, so a 4-6-2 + 2-6-4 Garratt is called a Double Pacific.

Articulation permits larger locomotives to negotiate curves which might otherwise restrict large rigid framed locomotives. Many articulated designs aim to double the power of the largest conventional locomotives operating on their railways, thus eliminating the need for two locomotives and multiple crews.

The Garratt's main competition was the Mallet, however no railway that possessed Mallets and purchased Garratts ever purchased another Mallet

The Garratt articulated locomotive was developed by Herbert William Garratt, a British locomotive engineer who after a career with British colonial railways was for some time the New South Wales Railways' Inspecting Engineer based in London. He first applied for a patent on the idea in 1907, after observing articulated gun carriages.