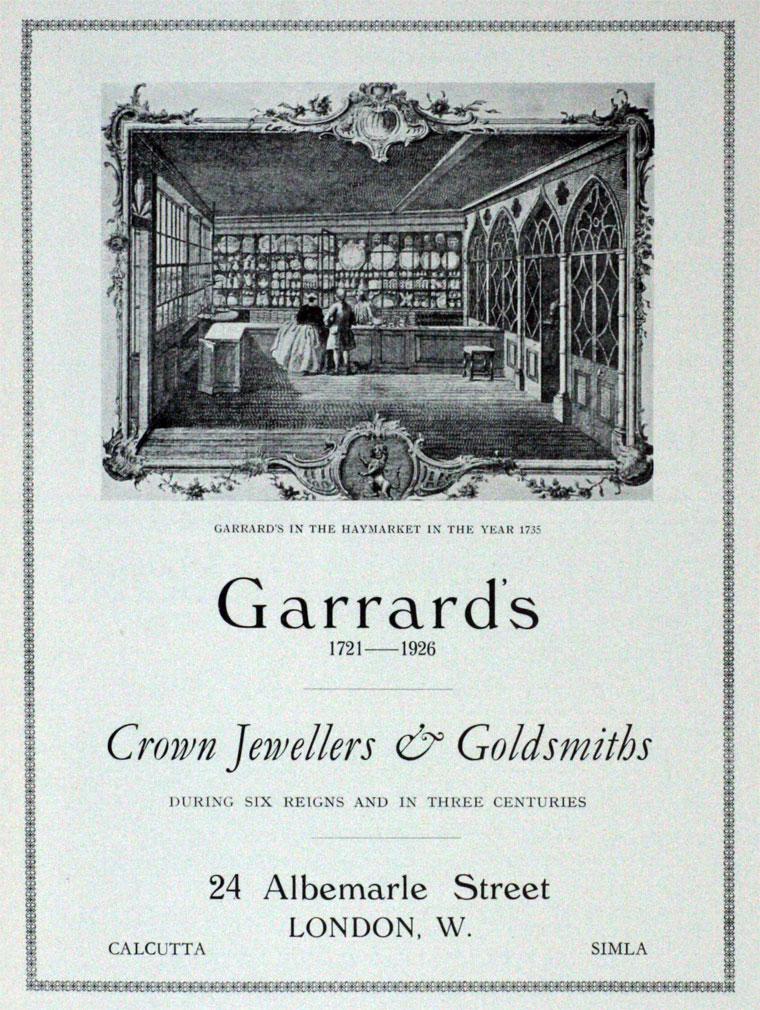 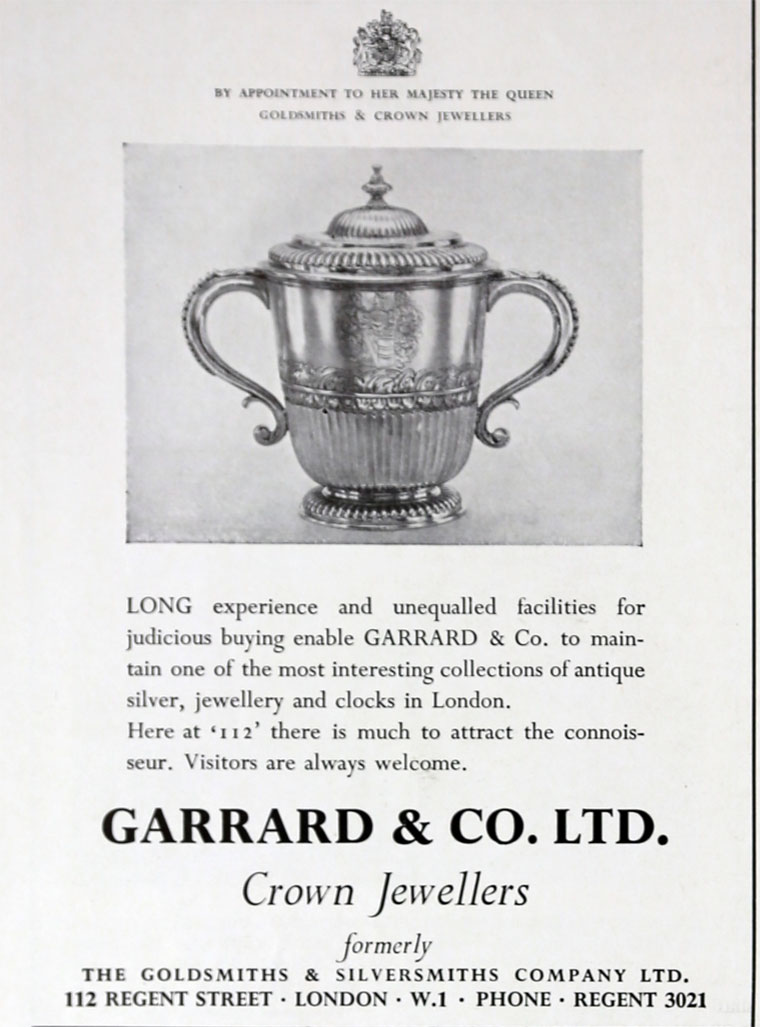 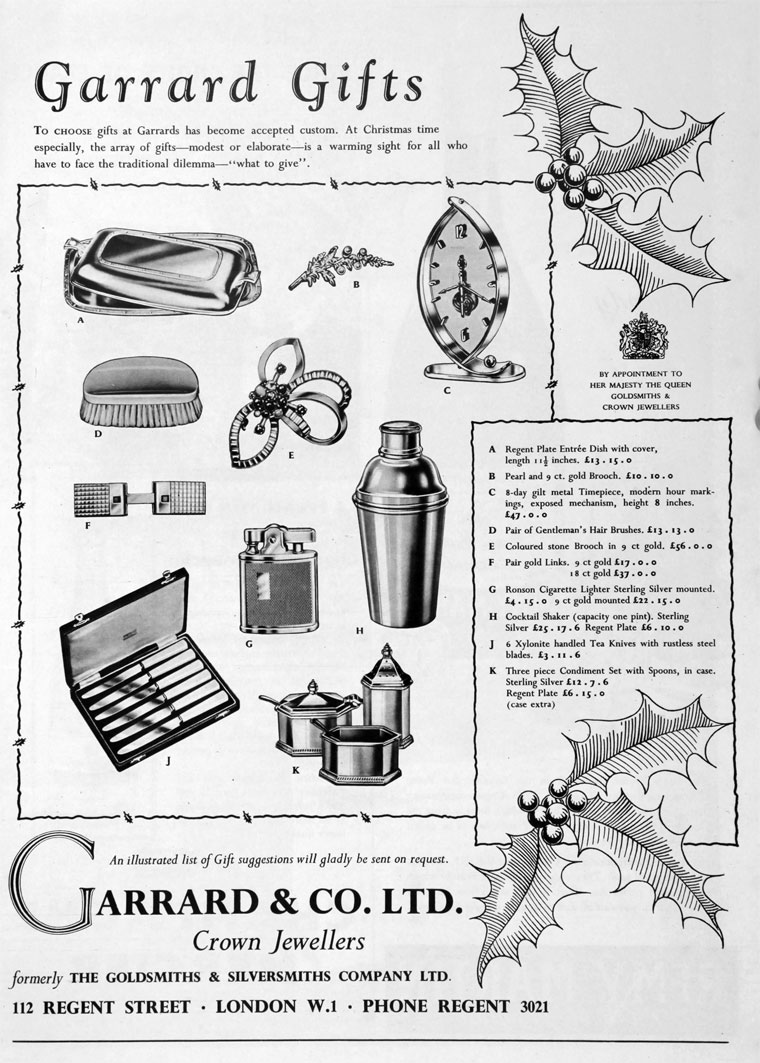 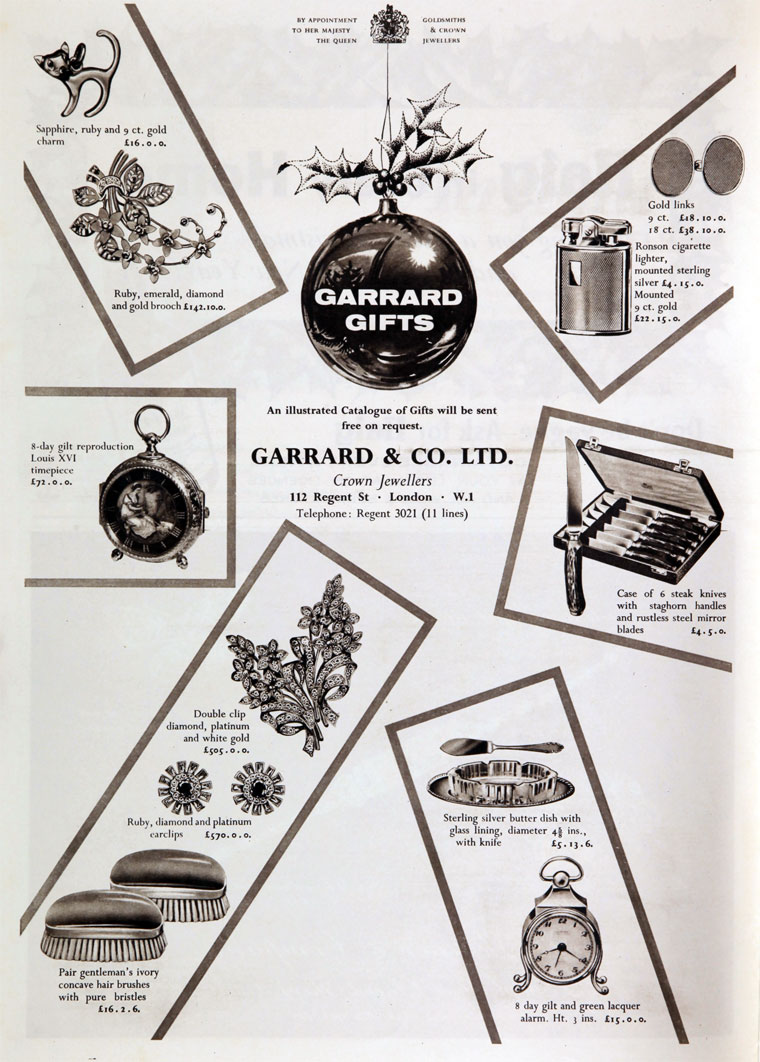 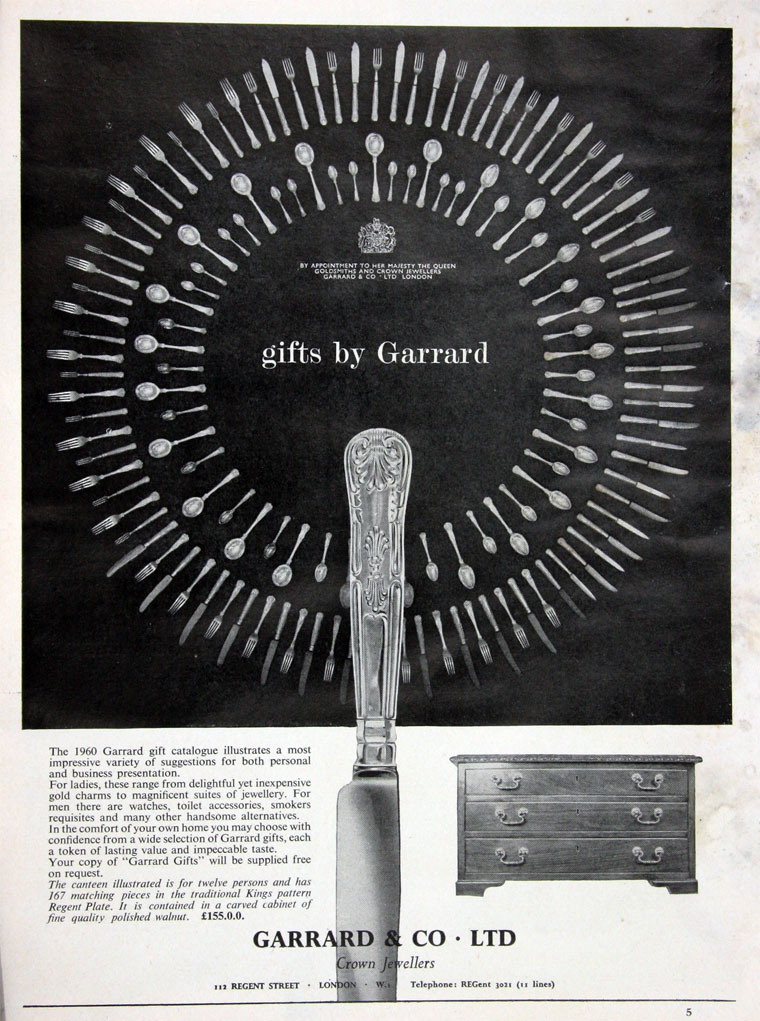 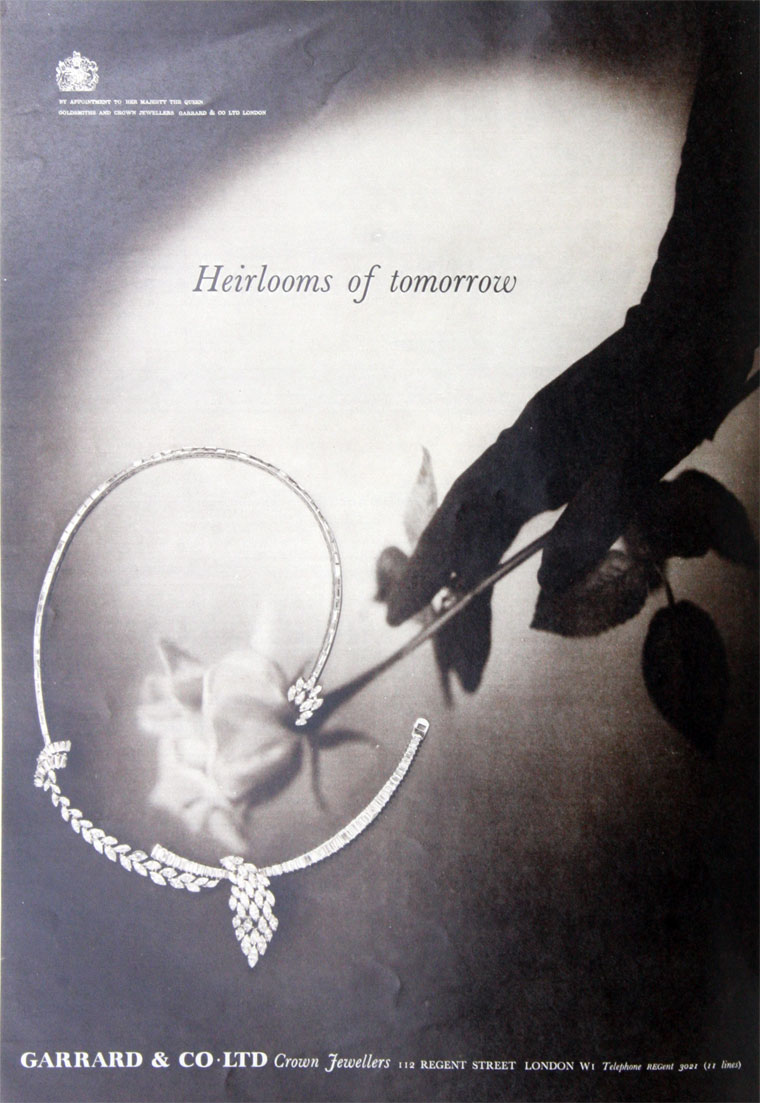 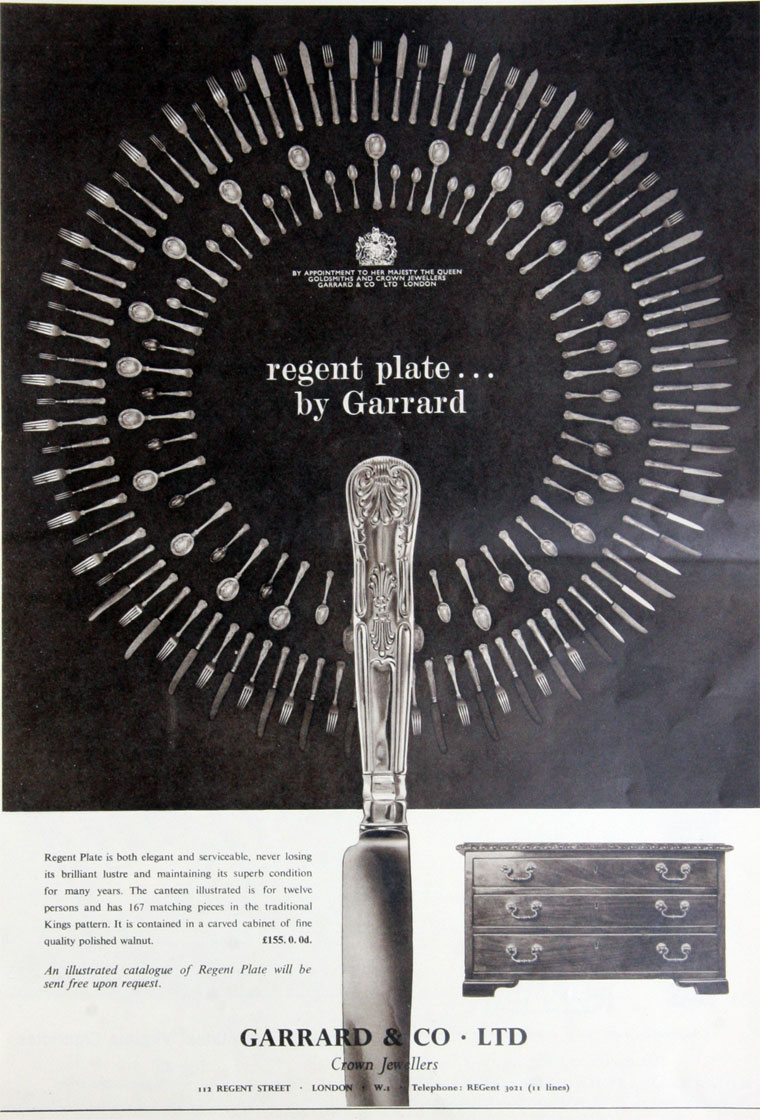 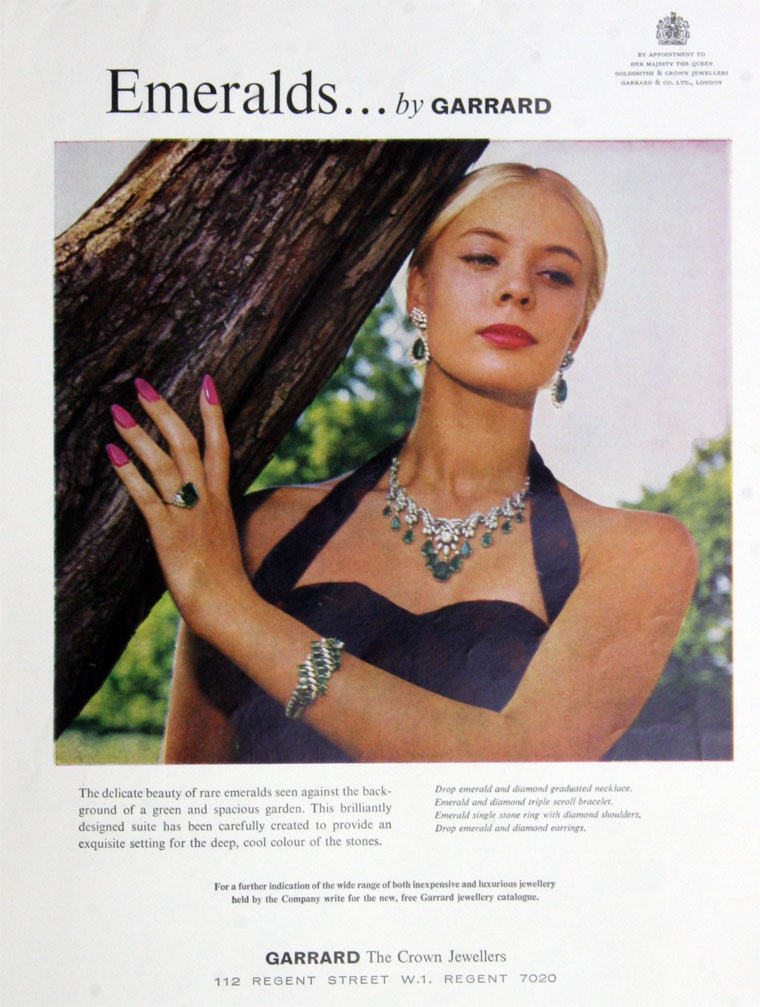 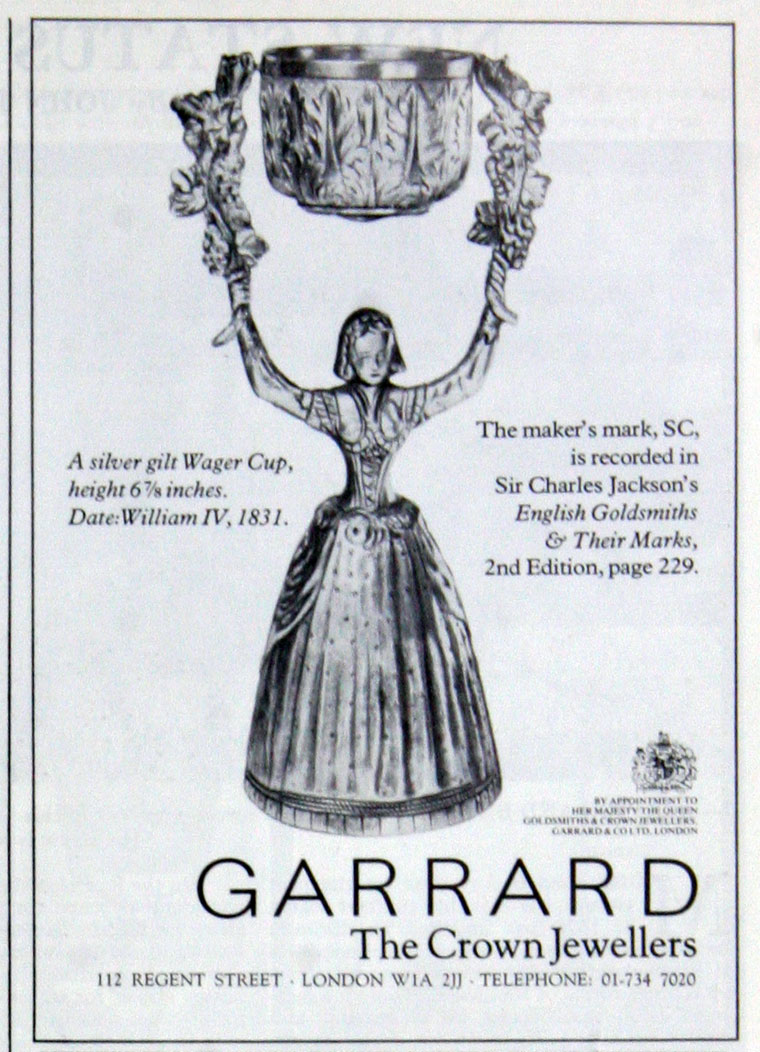 Company taken over by:

1852 The celebrated diamond, the "Koh-i-noor" was recut on the premises, the first facet being cut by the Duke of Wellington.

1853 'formerly the Goldsmiths and Silversmiths Co'[1]

1914 Crown jewellers, goldsmiths and silversmiths. Appointed Crown Jewellers to Queen Victoria, King Edward VII, King George V, the appointment entailing supervision of the regalia. Supplied Queen Mary's crown which she wore at Westminster Abbey; also the Imperial crown worn by King George V at the Delhi Durbar. Specialities: fine diamond and coloured gem jewellery and pearls, gold and silver plate and artistic productions in both gold and silver, the Insignia of all the principal Orders of Knighthood. [2]

1915 They formed the Garrard Engineering and Manufacturing Company Ltd with Major S. H. Garrard as Chairman, to run a factory set up in the premises of the White Heather Laundry in Willesden, London, to create precision rangefinders, as they had the specialist equipment necessary.