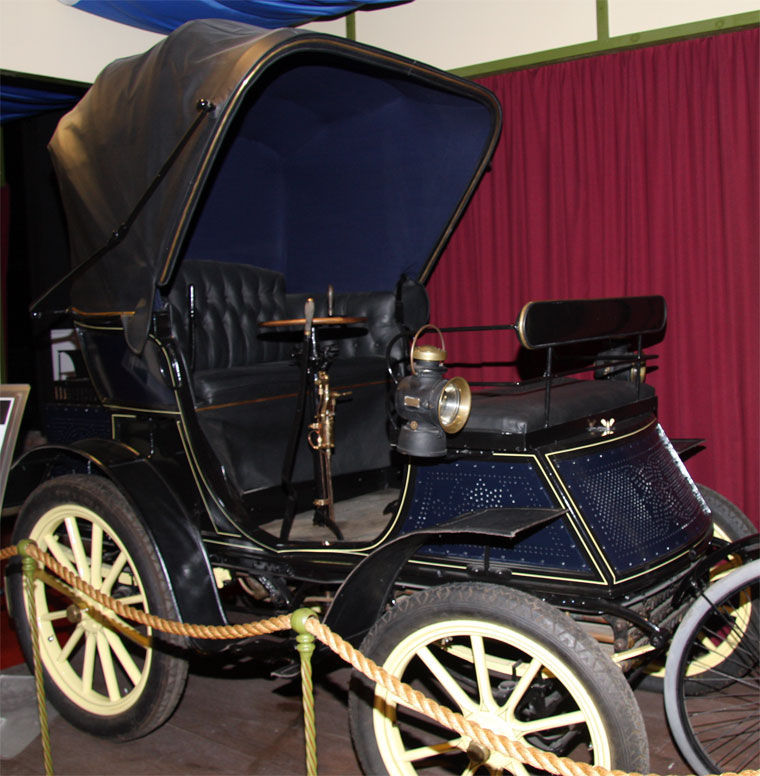 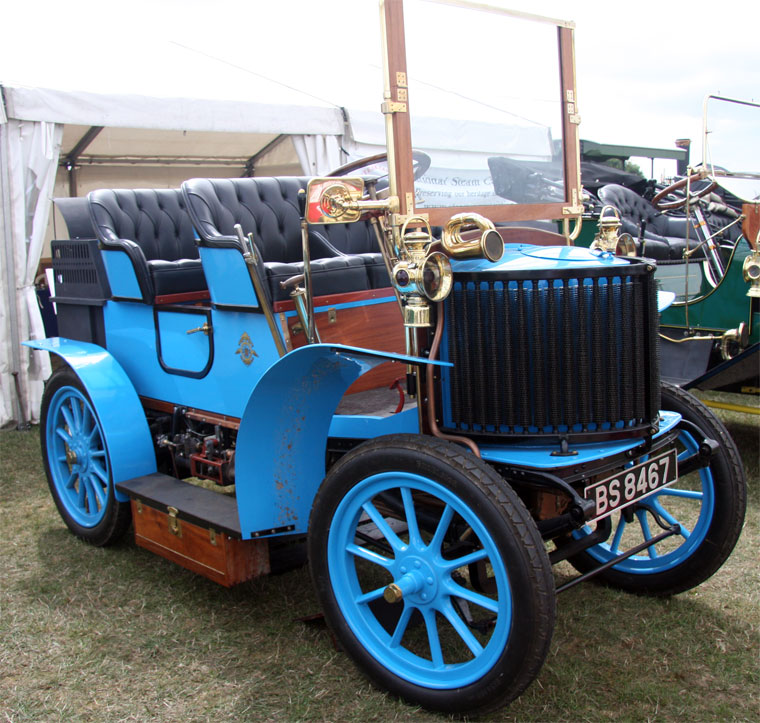 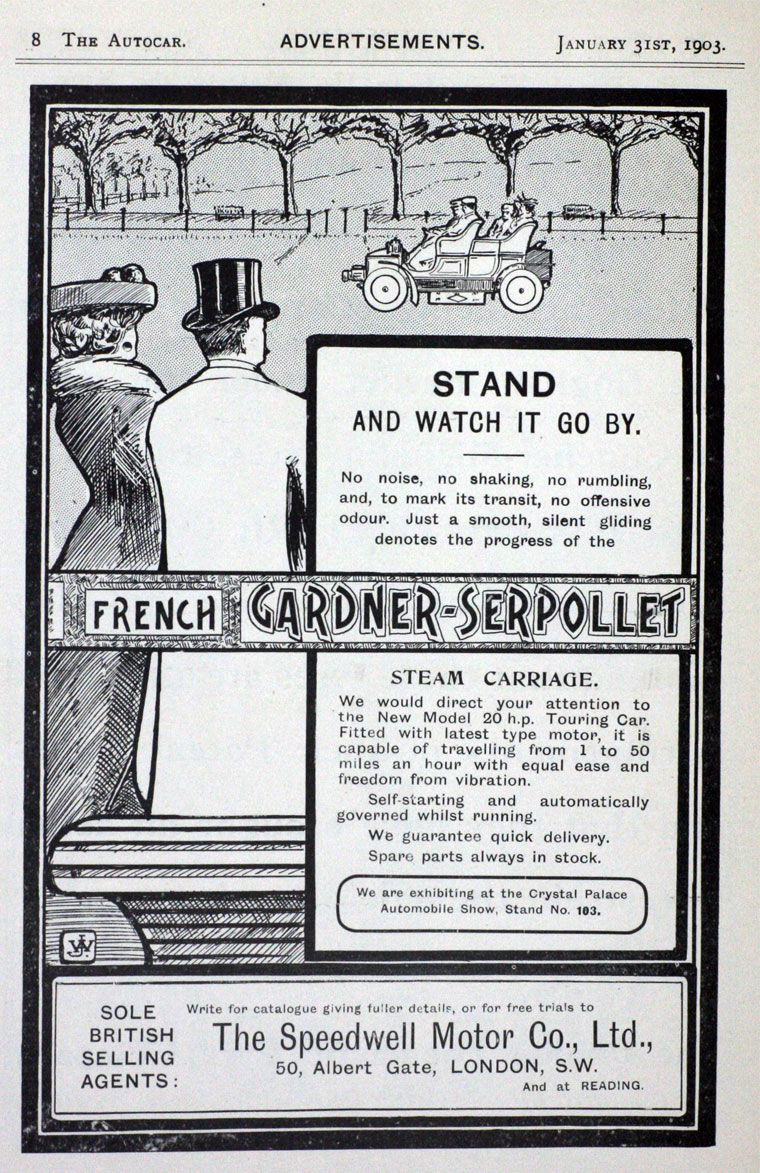 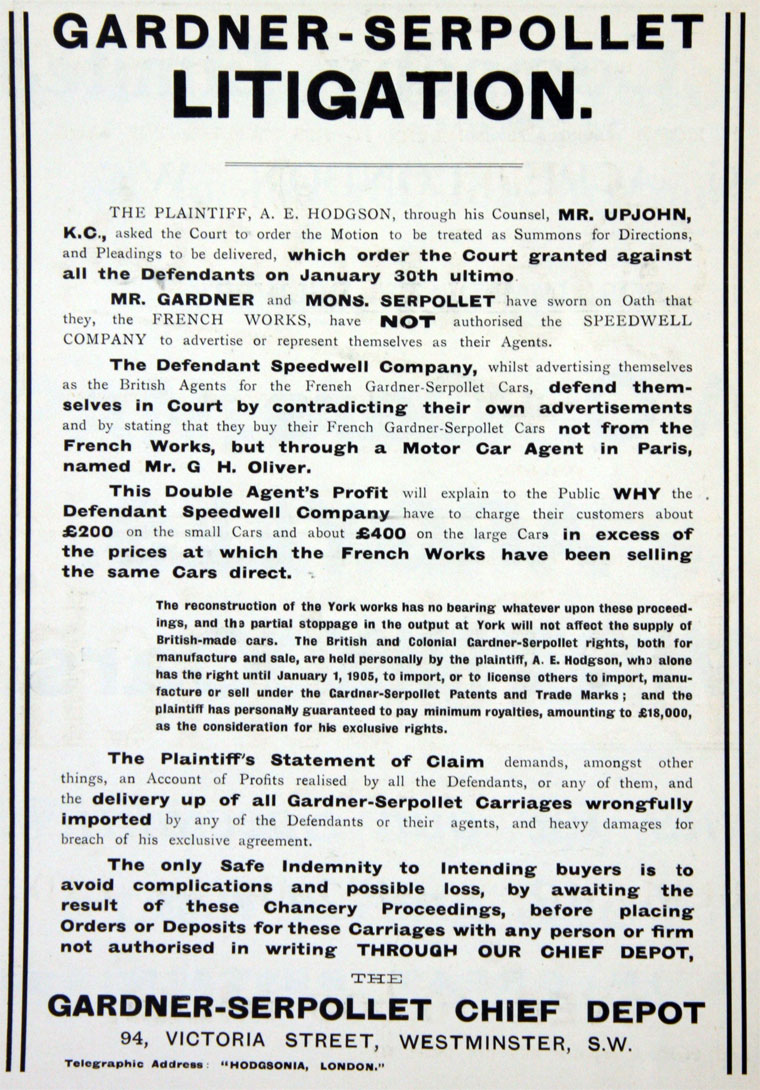 February 1903. Litigation with the Speedwell Co. 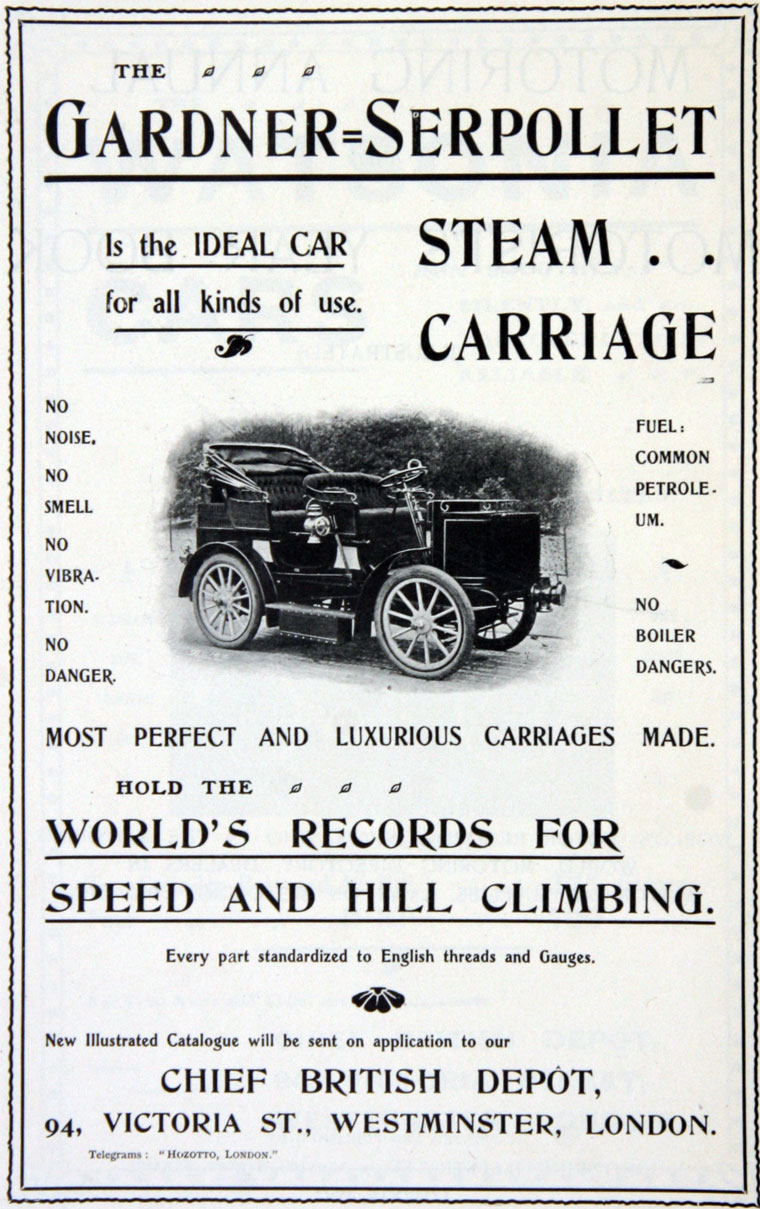 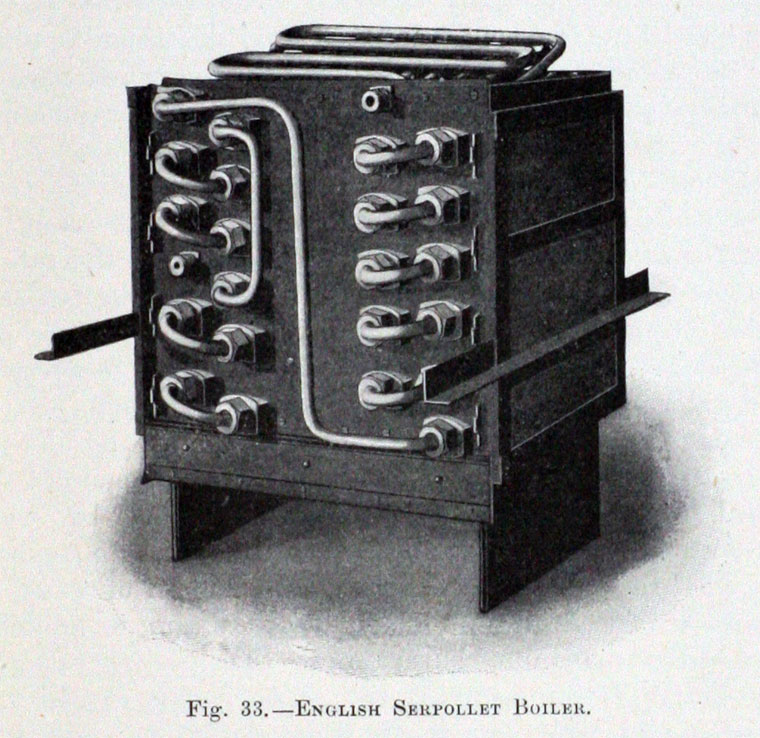 Gardner-Serpollet was a French manufacturer of steam-powered cars under Messrs Gardner and Serpollet; their chief British depot was in Victoria St, London

Some vehicles were assembled in Britain.

In 1896, Leon Serpollet invented and perfected the flash boiler, which made steam a much more practical source of power for an automobile. The oil-fired flash boiler fed steam to a very advanced four-cylinder enclosed engine similar to the contemporary petrol engine design including poppet valves and an enclosed crankcase.

Serpollet produced his own automobiles under the name Serpollet and Gardner-Serpollet until his death in 1907.

1901 The steam vehicles were represented by the British Power, Traction and Lighting Co

1902 The steam vehicles were sold by the Speedwell Motor Co but there was a legal dispute with Gardner-Serpollet as to whether they were official agents.

There is a 1903 Gardner-Serpollet on display at Larz Anderson Auto Museum in Brookline, Massachusetts.

Besides being an inventor and manufacturer, Leon Serpollet became the first driver of a non-electrically powered car to hold the Land Speed Record. His ovoid steam car Oeuf de Pâques (Easter Egg) reached a speed of 75.06 mph over the flying kilometre on the Promenade des Anglais at Nice, France on 13 April 1902, exceeding the long standing record of Camille Jenatzy's La Jamais Contente.