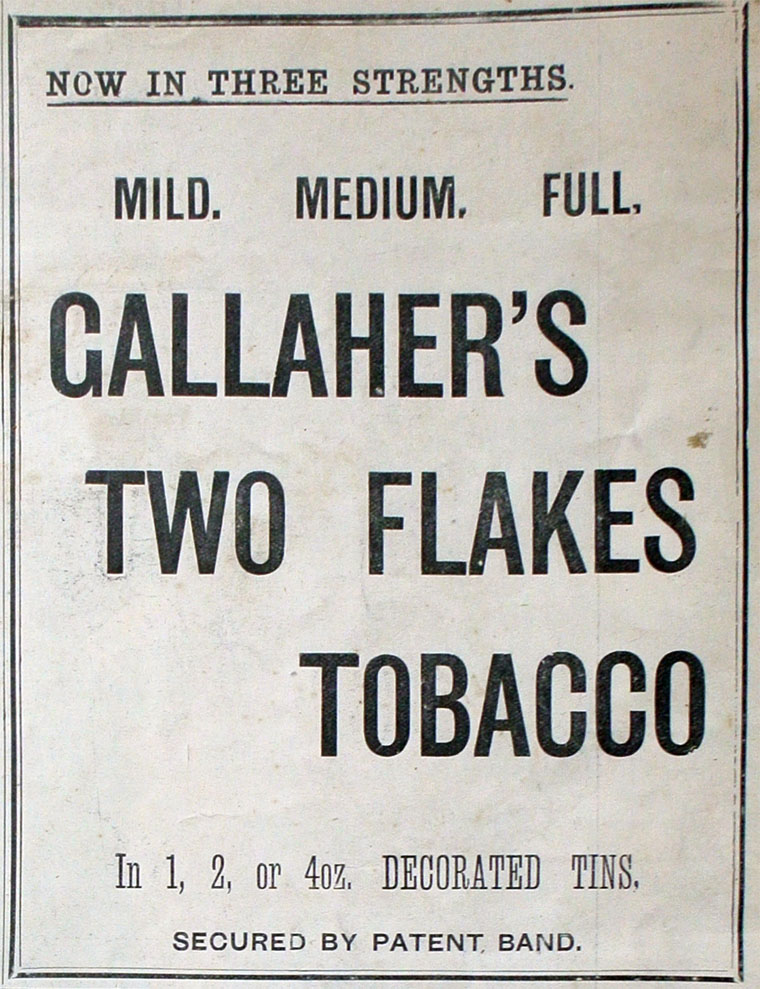 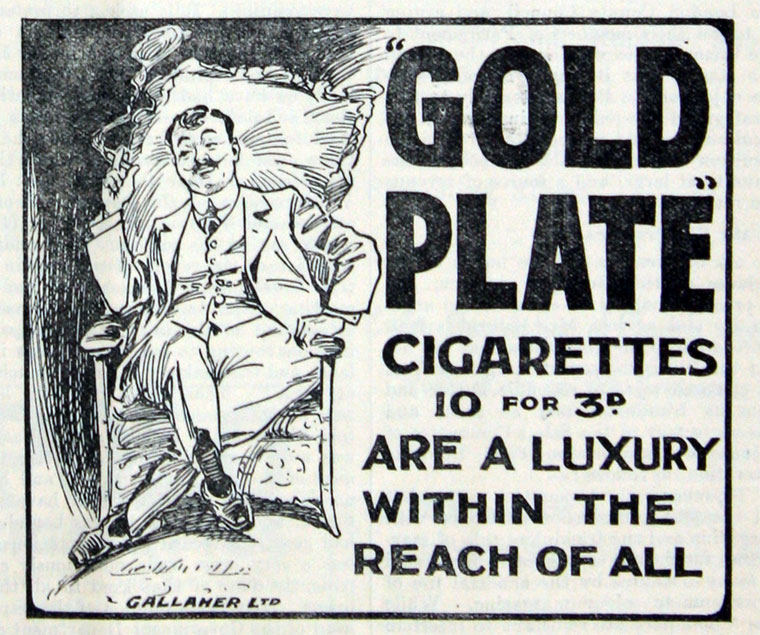 The business was originally founded in 1857 by Tom Gallaher in Derry, Ireland.

By 1896, he had opened the largest tobacco factory in the world in Belfast.

The business was incorporated on 28 March 1896 to "carry on in all their branches the businesses of tobacco, cigar, cigarettes and snuff manufacture".

Formerly produced in London and Dublin, Gallaher's moved its production to Belfast (cigarettes) and Wales (cigars) in the early 1900s.

1944 Gallahers acquired Mono Pumps Ltd in order to ensure that company could re-equip its factories after the War[1]. This was the start of a range of diversified acquisitions.