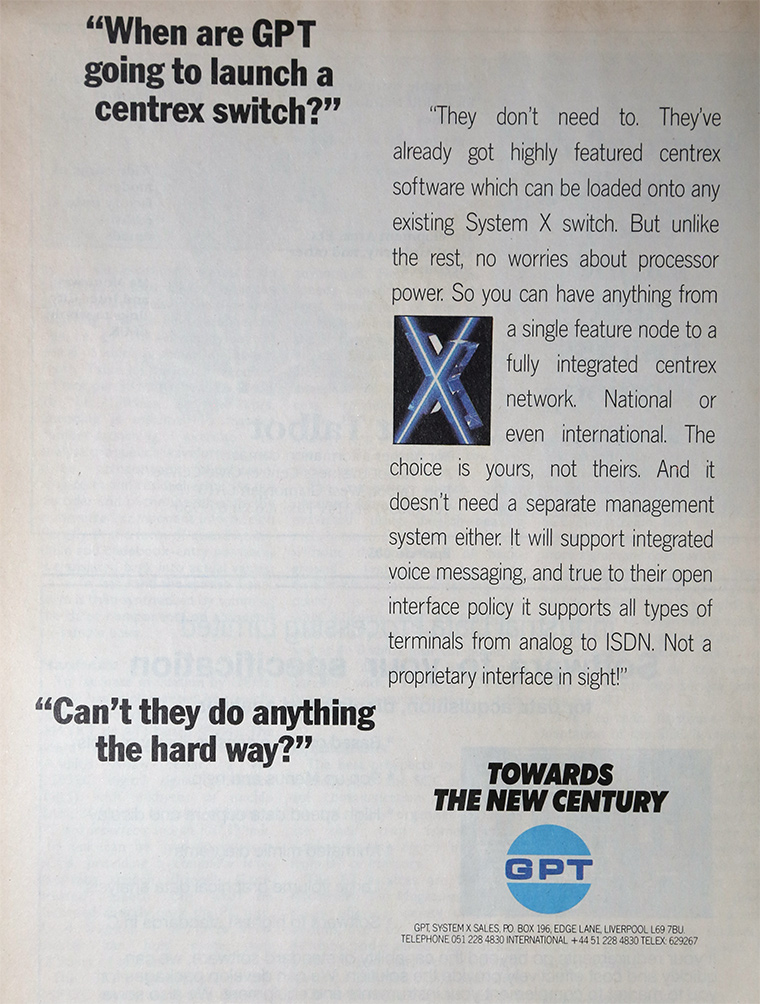 1986 The General Electric Company (GEC) attempted a takeover of Plessey but was barred by regulatory authorities.

1st April 1988 GEC and Plessey Co merged their telecommunications businesses as GEC Plessey Telecommunications, commonly known as GPT. GPT was a business covering public and private switching, transmission and subscriber equipment, telephone cables, data products and auxiliary services. It was a world leader in many fields, for example Synchronous Digital Hierarchy (SDH) technology. This brought the two companies responsible for developing and building the System X telephone exchange together, which was supposed to make selling System X simpler.

1989 GEC and Siemens acquired the Plessey Co through the joint company GEC Siemens plc. While most of Plessey was divided between the companies, GPT remained a joint venture, with a 60/40 shareholding between GEC and Siemens respectively. GEC Plessey Telecommunications officially renamed itself GPT (no longer standing for anything) because Plessey no longer existed (except Plessey Semiconductors retained its name).

August 1998 GEC acquired Siemens' 40% stake in the remainder of GPT and merged it with the telecoms units of its Italian subsidiary, Marconi SpA, GEC Hong Kong and ATC South Africa to form Marconi Communications.