Grace's Guide is the leading source of historical information on industry and manufacturing in Britain. This web publication contains 140,632 pages of information and 227,383 images on early companies, their products and the people who designed and built them. 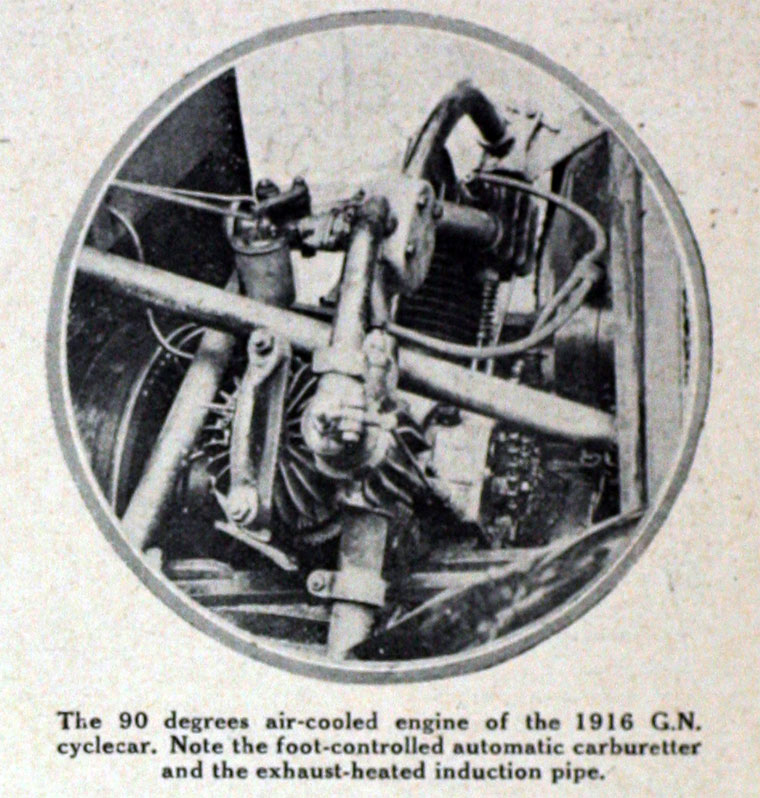 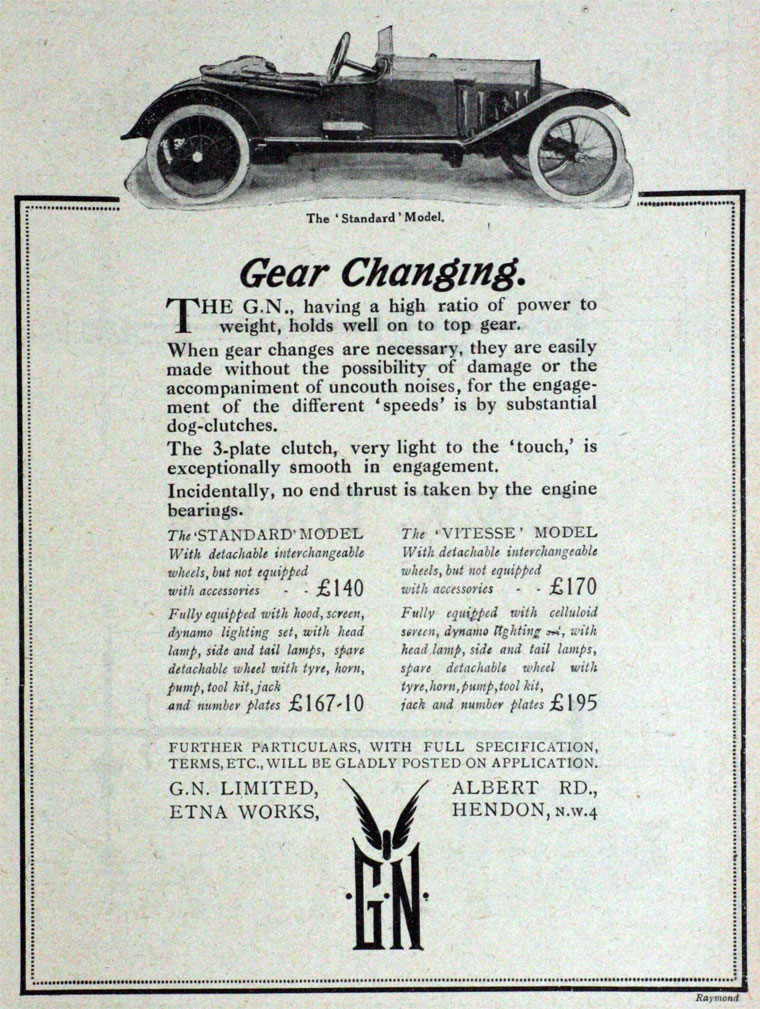 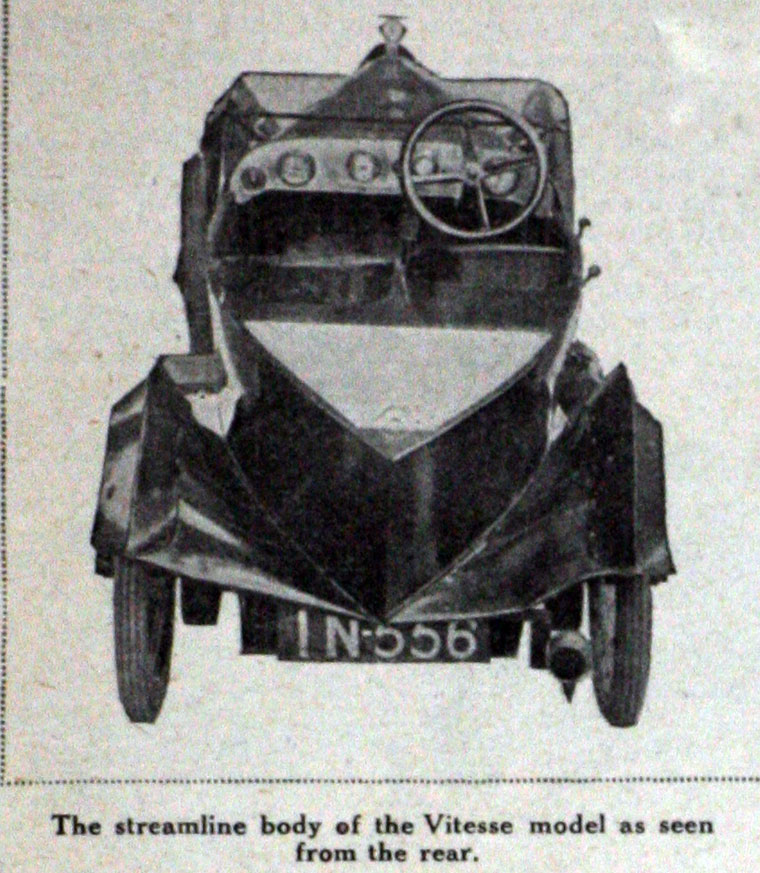 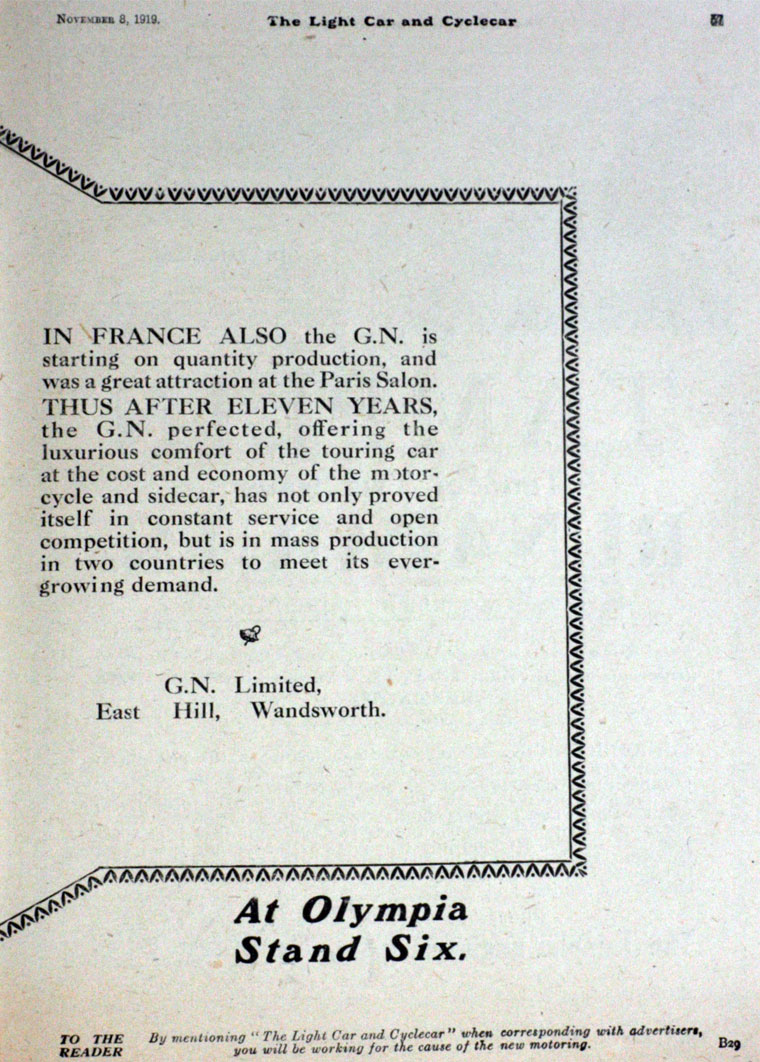 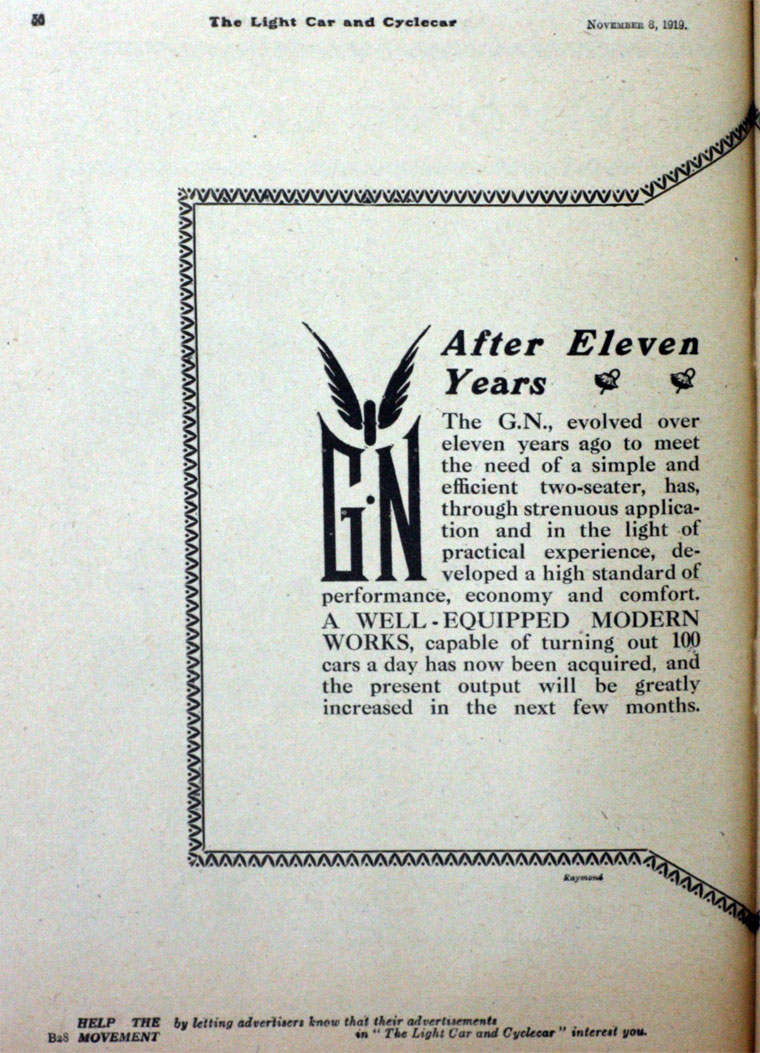 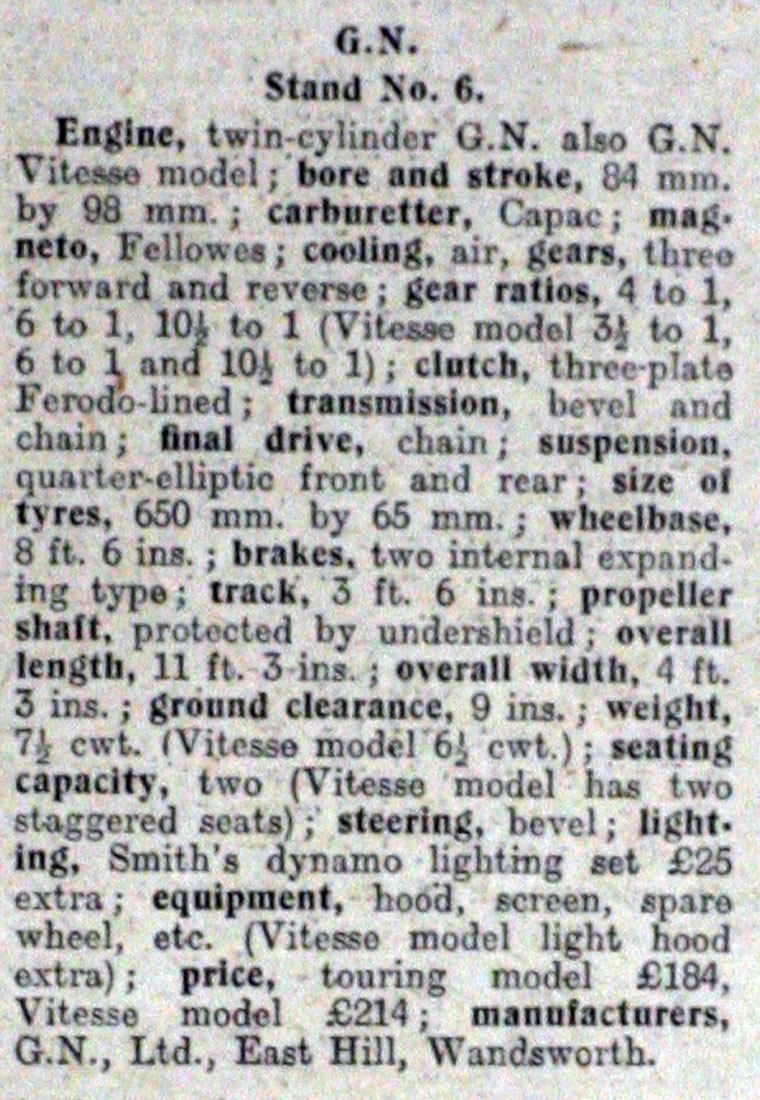 The GN was a British cyclecar made in Hendon, North London, between 1910 and 1920, then moving to Wandsworth, London.

After making several cars for their own use, the two founders launched the GN car in 1910 building then in the stables at the Frazer Nash family home. The car was powered by a V twin engine by JAP or Peugeot with belt drive to the rear wheels.

By 1911 production had moved to Hendon and GN's own 1,100 cc engine using some Peugeot parts was being fitted. The engine was mounted in the chassis with the crankshaft parallel to the front axle driving through a two speed transmission by chain and dog clutch then by belt to the rear wheels.

The two-seat car was very light weighing only about 180 kg so in spite of the low power available 60 mph was achievable, very respectable performance for the time.

1913 The engine was turned through 90 degrees with its cylinder heads protruding through the bonnet sides and a team was entered into the French Cyclecar Grand Prix resulting in sports models being added to the range.

Some 200 cars had been made when production stopped with the outbreak of World War I.

1919 Production restarted and shortly afterwards the company was bought by British Gregoire and moved to East Hill, Wandsworth in south west London. The chassis changed from wood to steel but the chain type transmission now with four speeds retained.

At the peak 500 staff were employed making 55 cars a month. A licence to make the cars was agreed with the French maker Salmson who made about 1,600 cars.

1920 November. Exhibited at the Motor Car Show at Olympia and the White City with a lightweight car seating two and weighing 8.5 cwt. [3]

By 1921 the cyclecar boom was on the wane and the company went into receivership but was soon sold. The new owner, a Mr Black, wanted to move to much higher production levels and away from sports cars. A four cylinder water cooled model with 1098 cc DFP engine and shaft drive to a differential on the solid rear axle was introduced in 1922 as part of the new policy and Godfrey and Frazer Nash left the company later that year.

In 1923 a Chapuis-Dornier engine replaced the DFP but production of the new car and the old V twin model stopped in May. About 4000 cars of all types were made by GN in the post war period.

Production ceased in 1923 but the company kept trading until 1925.

A new company was founded by some ex-employees and a few more cars were made from parts in 1924 and 1925 but the main business was spares and service.

In 1925 the company became dealers for General Motors

Frazer-Nash formed the car maker that took his name where he re-introduced his chain and clutch transmission system.