Grace's Guide is the leading source of historical information on industry and manufacturing in Britain. This web publication contains 146,867 pages of information and 232,615 images on early companies, their products and the people who designed and built them.

1930. Oil electric locomotive, made in association with William Beardmore and Co. 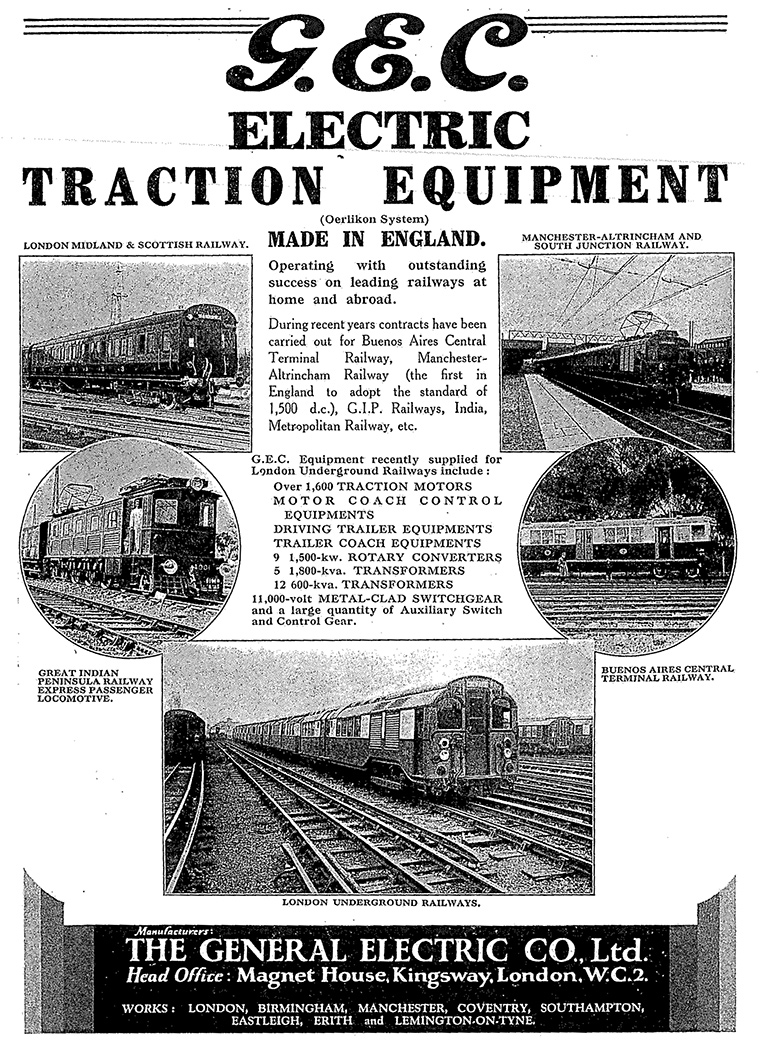 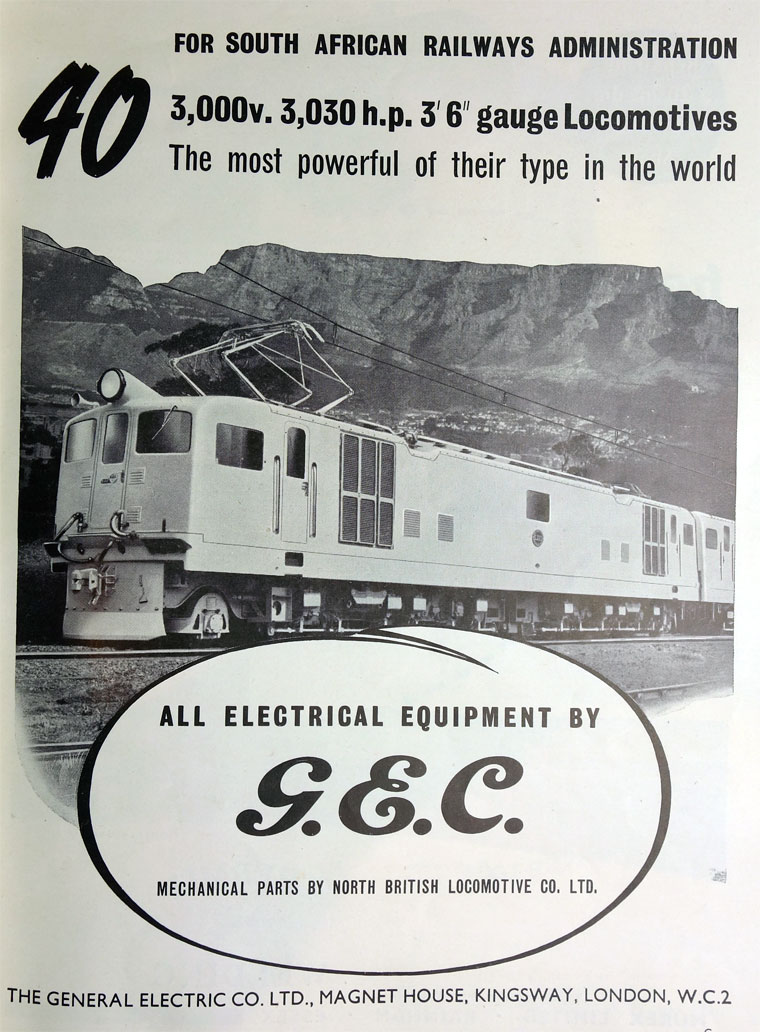 After being a minor player in tram equipment, the company entered the heavy rail electric traction market in the 1920s and 30s.

1930 GEC received contracts for the Manchester-Altrincham electrification and other railway projects[1].

1939 Engaged in Railway electrification business at home and abroad[2].

1972 GEC Traction Ltd was formed as part of the GEC Power Engineering Group, bringing together the traction activities of English Electric and AEI

The company had offices and works at Trafford Park in Manchester, at Strand Road in Preston, and at Attercliffe Common, Sheffield.

GEC Traction was the leading supplier of traction equipment in the UK and had a wide market around the world, particularly in South Africa, Australasia, Hong Kong, South Korea, South America and Pakistan.

1985 GEC Transportation Projects was responsible for the electrical and mechanical work on the Docklands Light Railway; the vehicle propulsion equipment was manufactured by GEC Traction [6]

1989 GEC Alsthom was formed as a 50/50 joint venture by the merger of the power and transport divisions of Compagnie Générale d'Electricité (CGE) and GEC.

The firm underwent major rationalisation, involving closure of several sites including Attercliffe Common in Sheffield in 1985 and the company’s headquarters at Trafford Park in 1998.