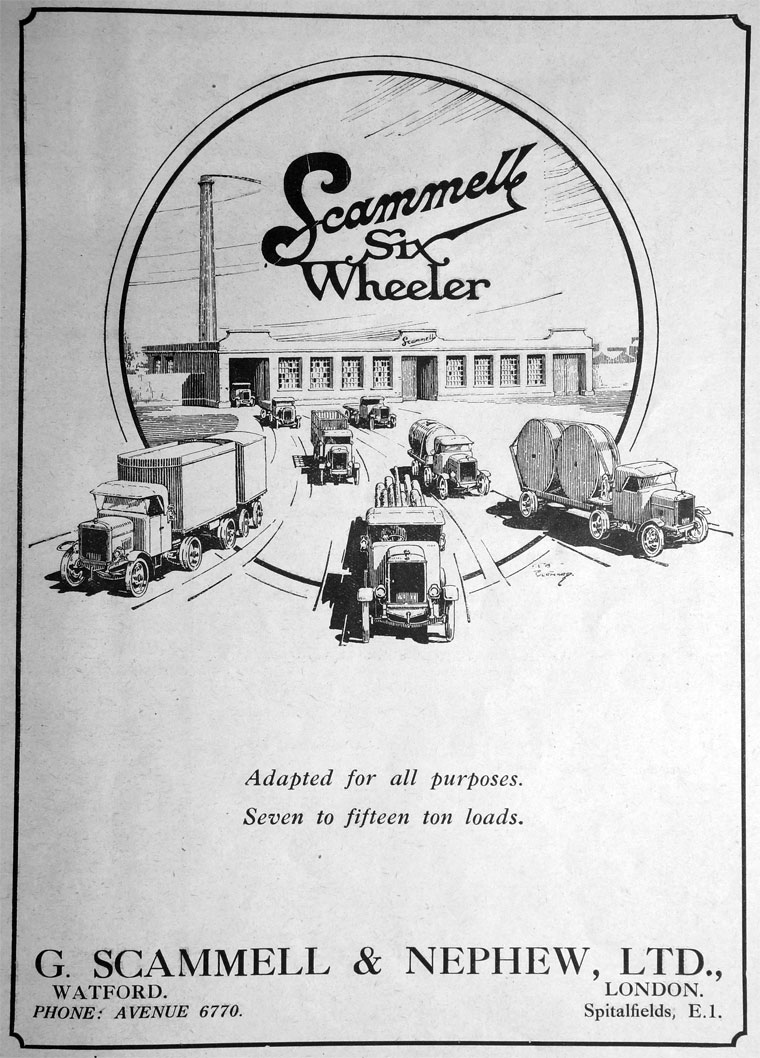 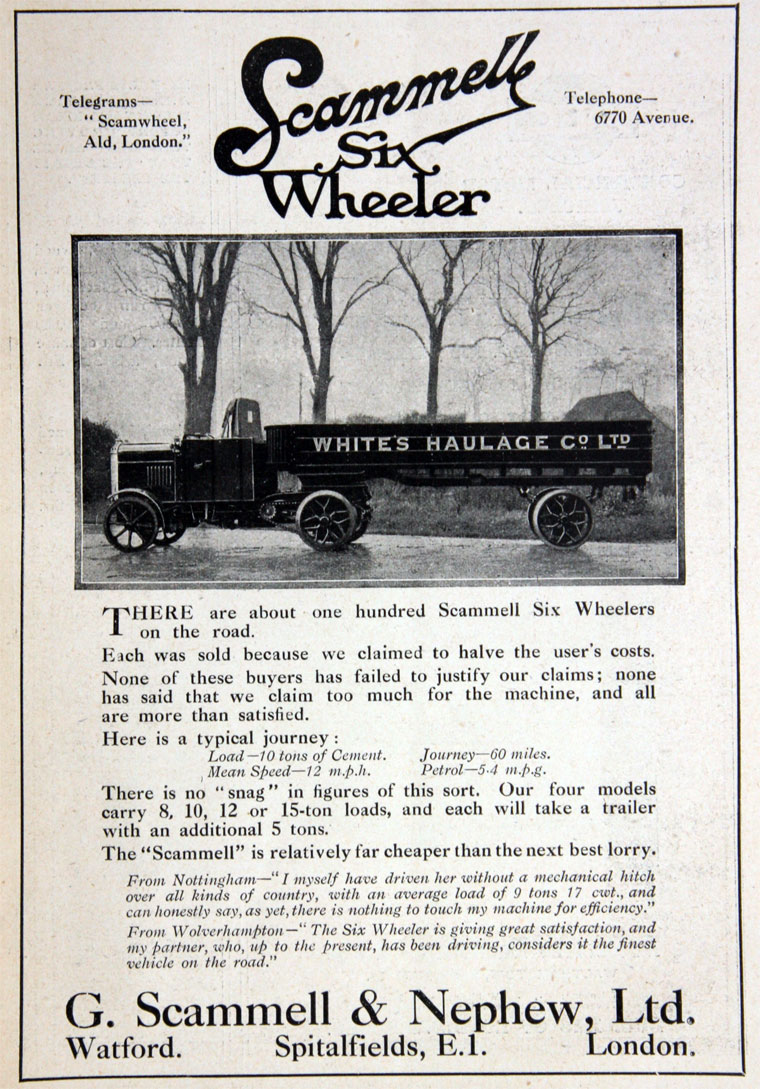 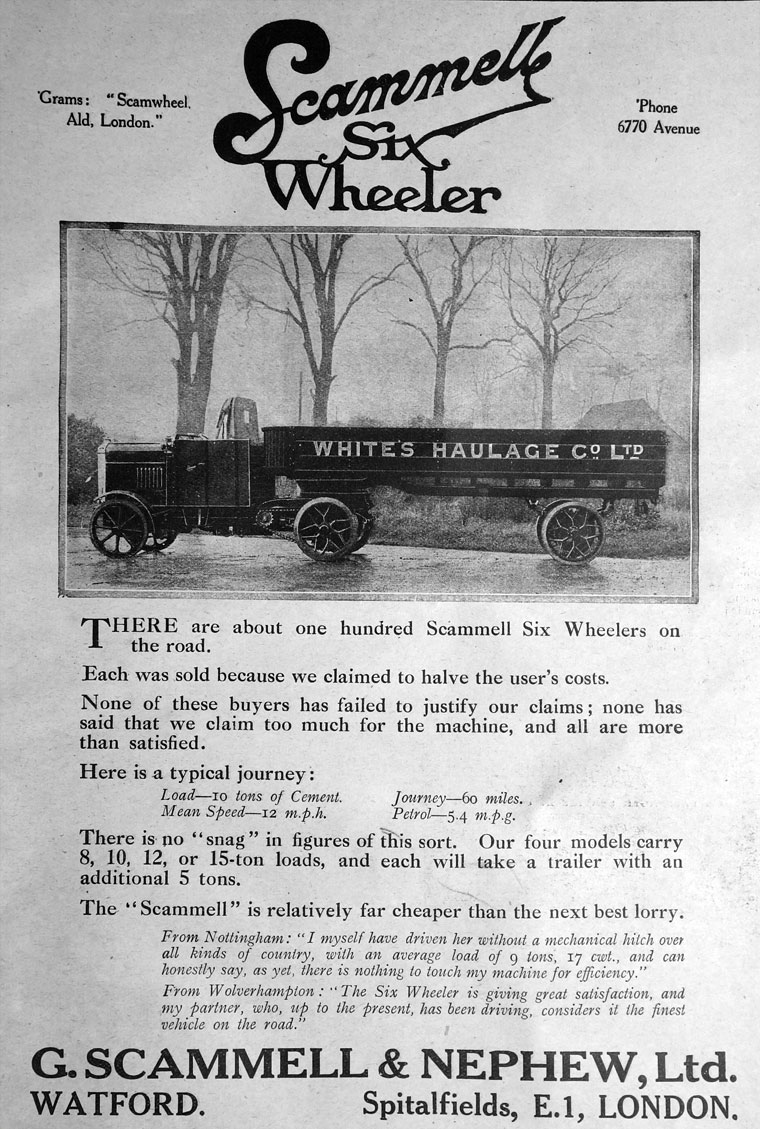 1837 The London Trades Directory cites the proprietor of the business at 46 Fashion Street as S. Hagger, a wheelwright. (Note: In the 1915 London PO Directory there is listed a Mrs Hager Scammell of 101 Trafalger Lawn so there may be a family connection between the families). (Note2: In the 1851 Census for Saffron Walden is listed Samuel Hagger a journeyman Wheelwright).

G. Scammell and Nephew began when George Scammell of Fashion Street, Spitalfields, London, started as a wheelwright probably taking over from Hagger.

The company was later named G. Scammell and Nephew and were involved in the building and repair of carts and vans.

In the early 1900s a business had been built up selling and maintaining Foden Steam Wagons and small trucks.

1920 When George’s great nephew, Lt. Col. Alfred George Scammell, was injured and invalided out of the army he was made MD of the company and was able to apply the practical experience gained during the war and set about developing the ‘Articulated Six-wheeler’ which went into production in 1920.

Orders for 150 lorries were rapidly taken and it was clear that the Fashion Street works could not cope.

1920 October. Exhibited at the Commercial Motor Exhibition at Olympia with a six-wheel petrol lorry capable of carrying 10 tons

1922 1st July. Scammell Lorries Ltd was formed as a public company with capital of £250,000 to acquire from G. Scammell and Nephew Ltd their works at Watford and to carry on the business of manufacturers of motor lorries for road haulage, etc, especially the "well known" Scammell Six-wheeler[8].

1929 Atkinson Walker Wagons purchased the Mann Company, manufacturers of steam wagons, but Atkinsons were in a poor financial position and as a result they sold the Mann business in 1930 to Scammell and Nephew who produced a few Mann wagons, largely from the spares they acquired.