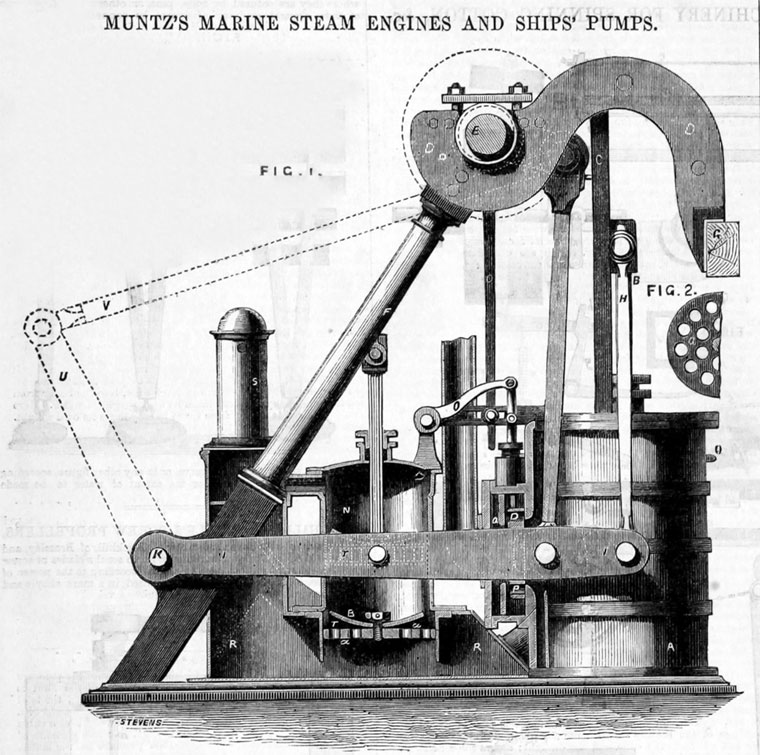 Philip Frederick Muntz, partly on the advice of Matthew Boulton, bought a share in the firm of Mynors/Minors and Robert Purden, merchants. The firm was later widely known as Muntz and Purden.

c.1807 Philip's son George joined the family business at age 13. On the death of his father on 31 July 1811 he managed the metalworks which the elder Muntz had established in Water Street, Birmingham[1].

In 1837 George became a partner with the copper smelters Pascoe Grenfell and Sons of London and Swansea; formation of Patent Metal Co; production of Muntz's metal transferred to Swansea.

By 1843 P. H. Muntz was deputy chairman of the Birmingham Chamber of Commerce[2]

1851 Due to the scale of demand, the "great copper sheathing works" were being operated 24 hours/day[4]