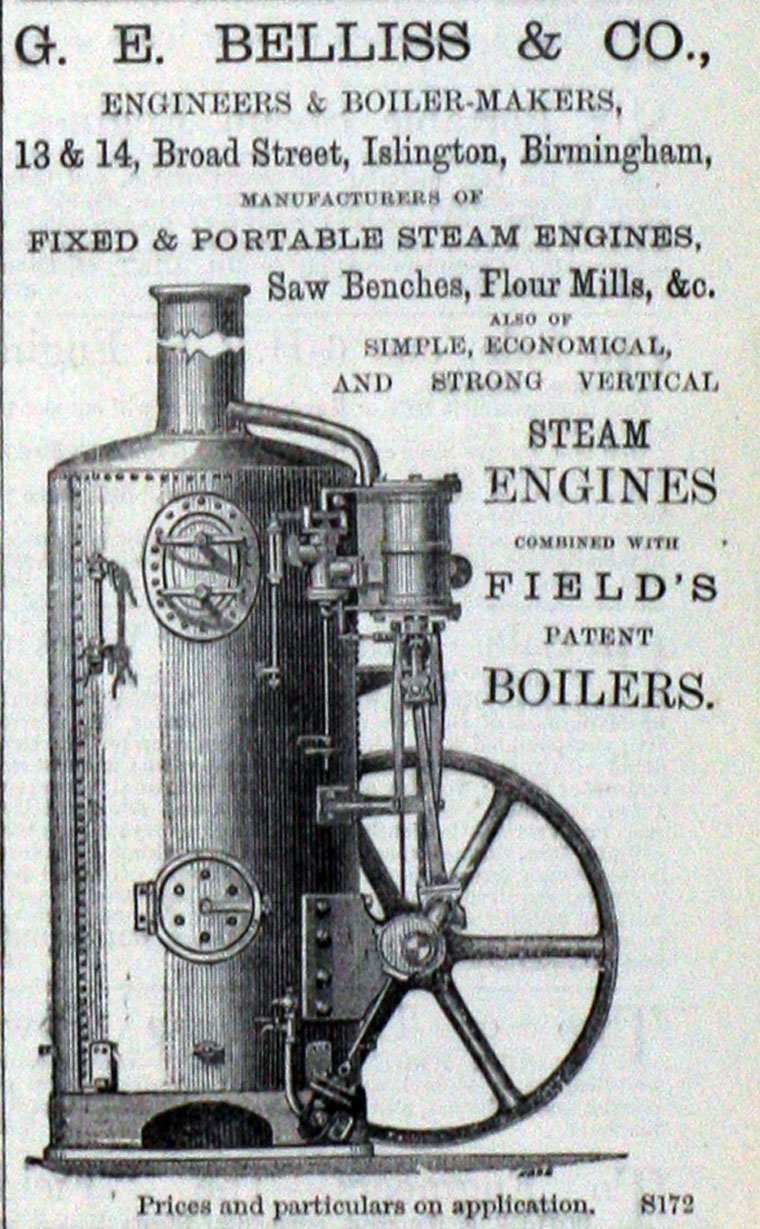 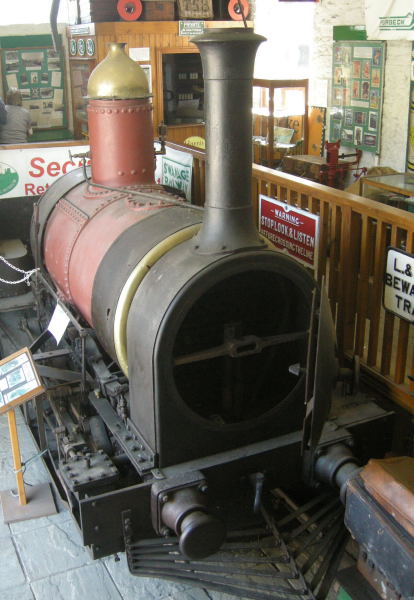 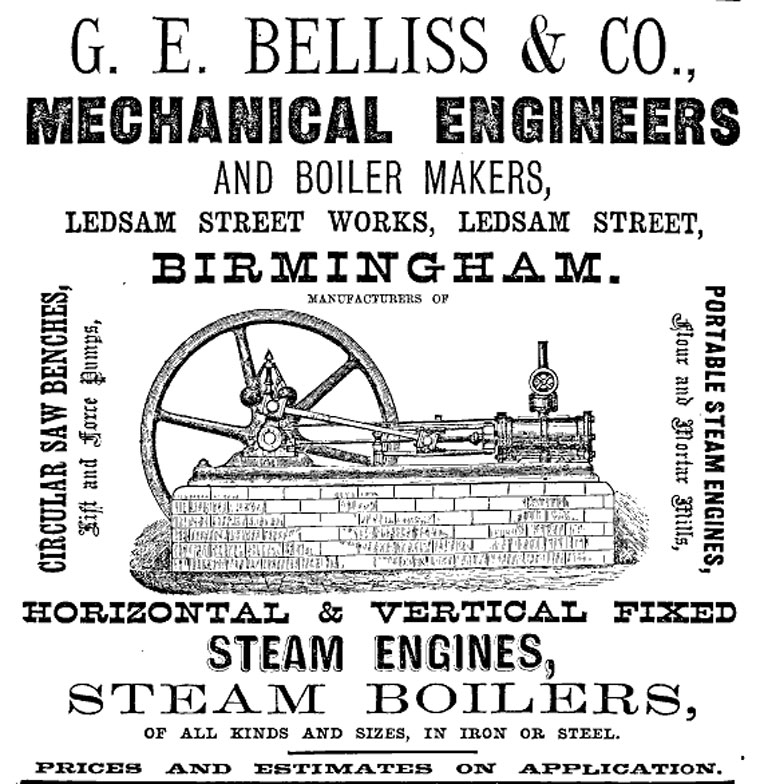 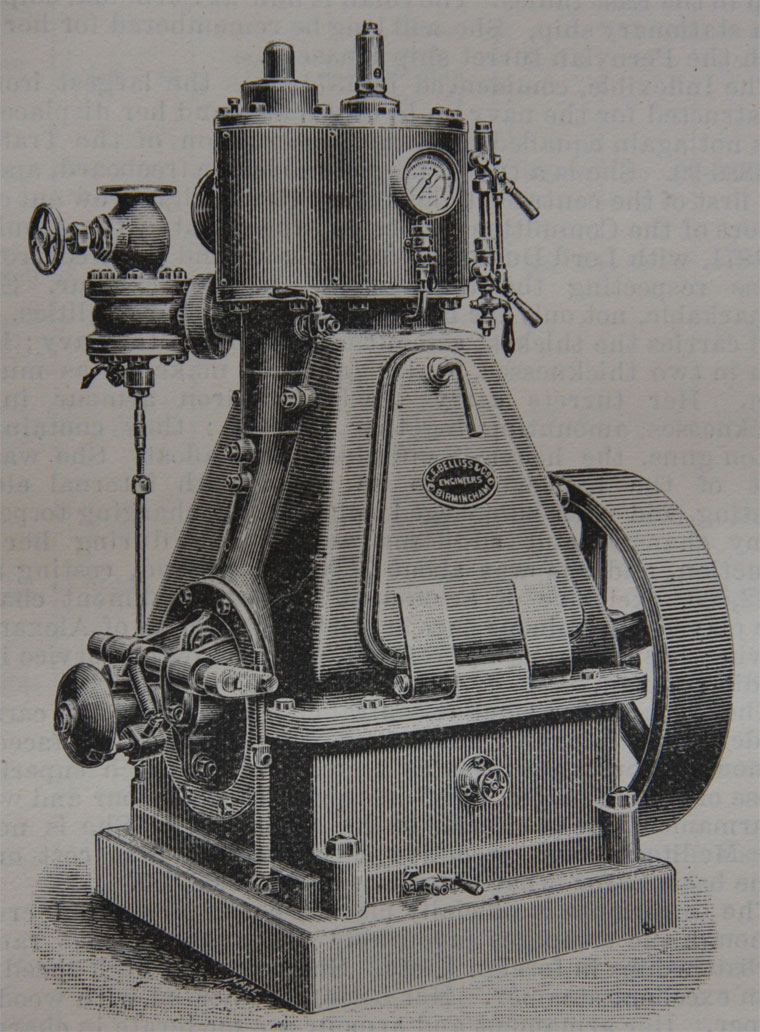 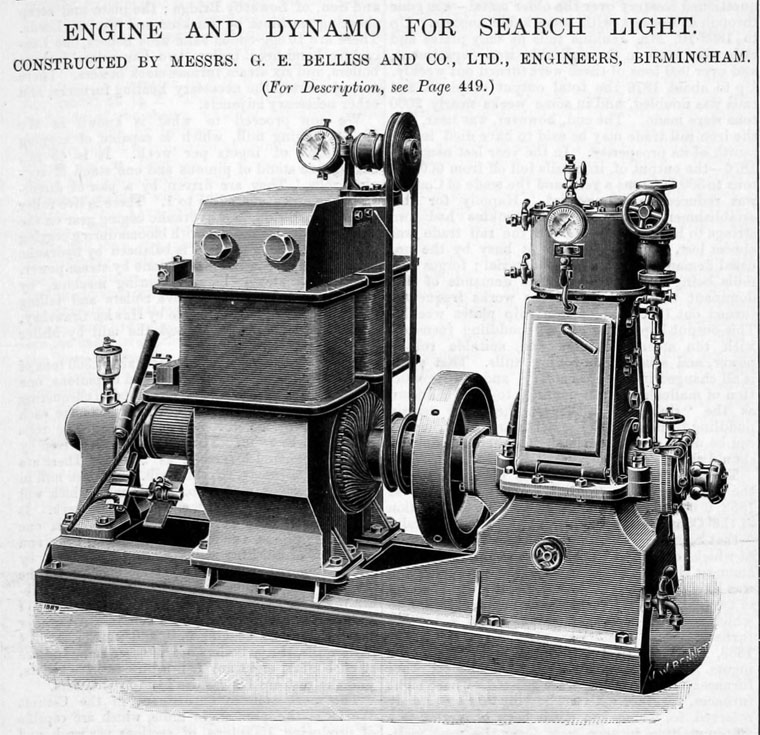 1893. Engine and Dynamo for Search Light. 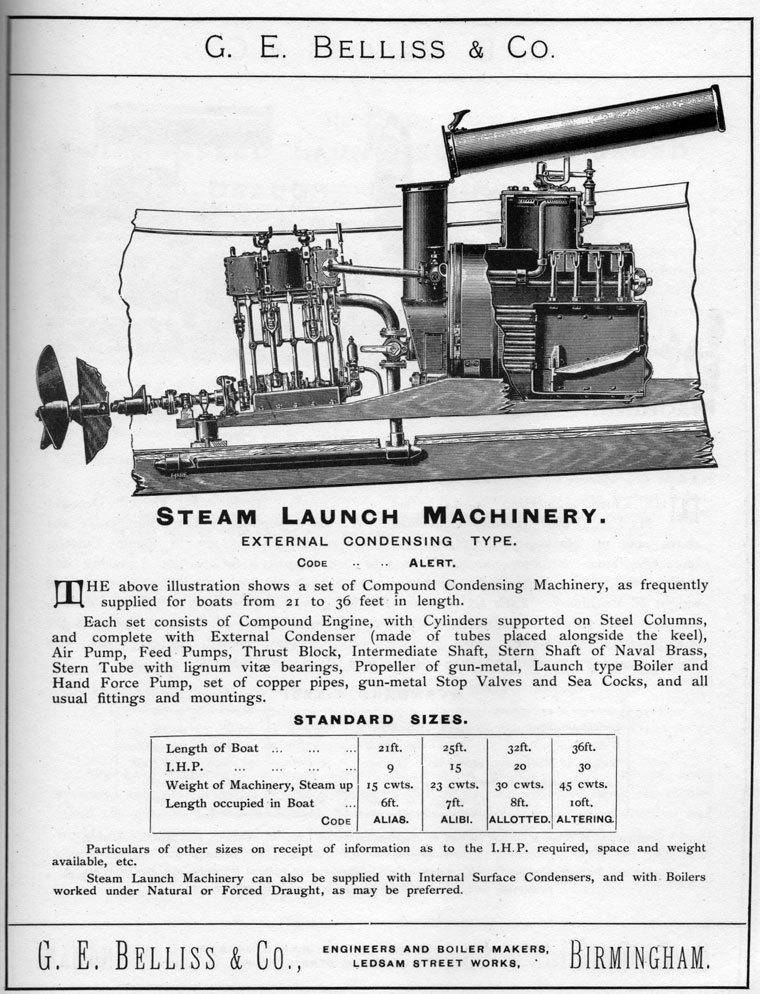 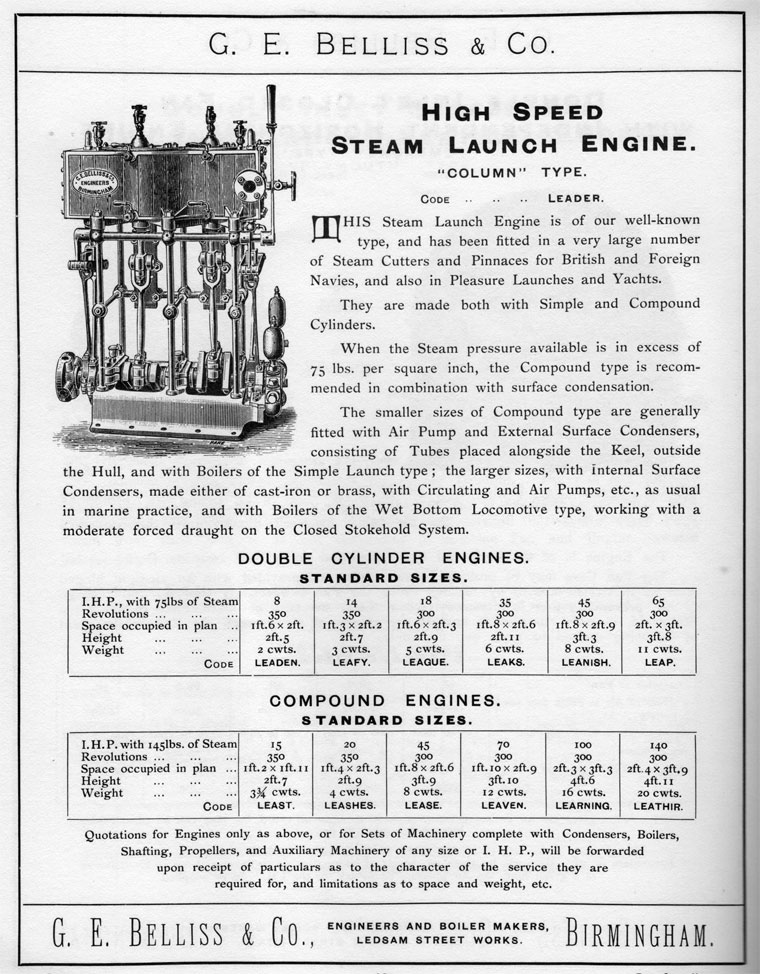 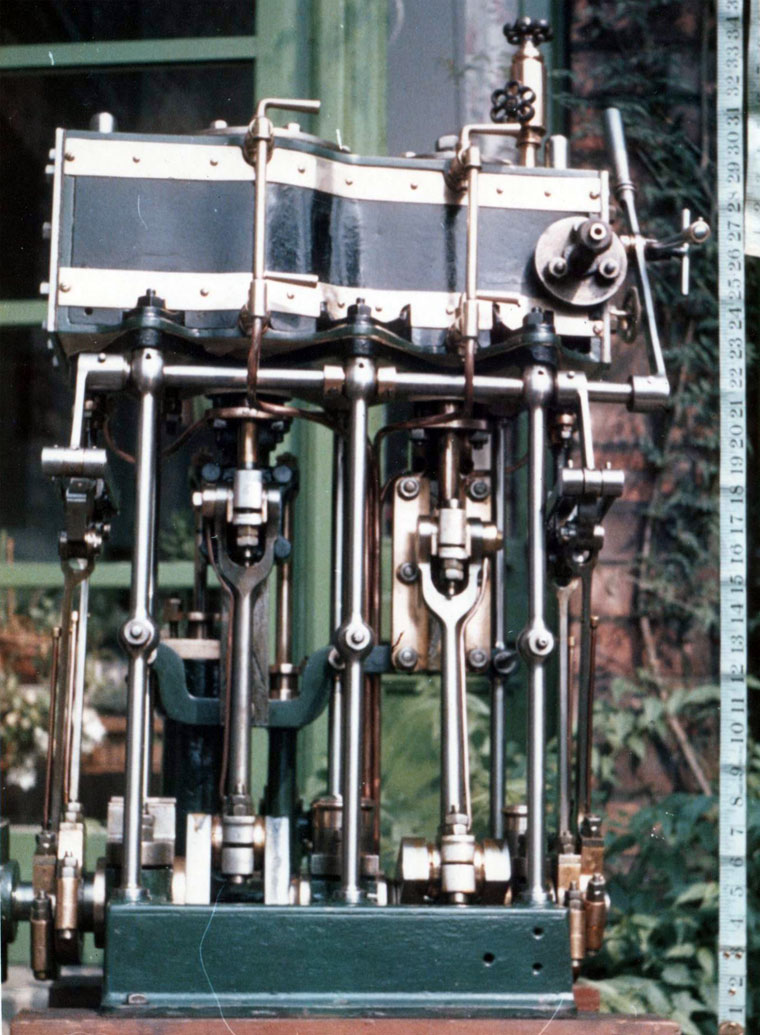 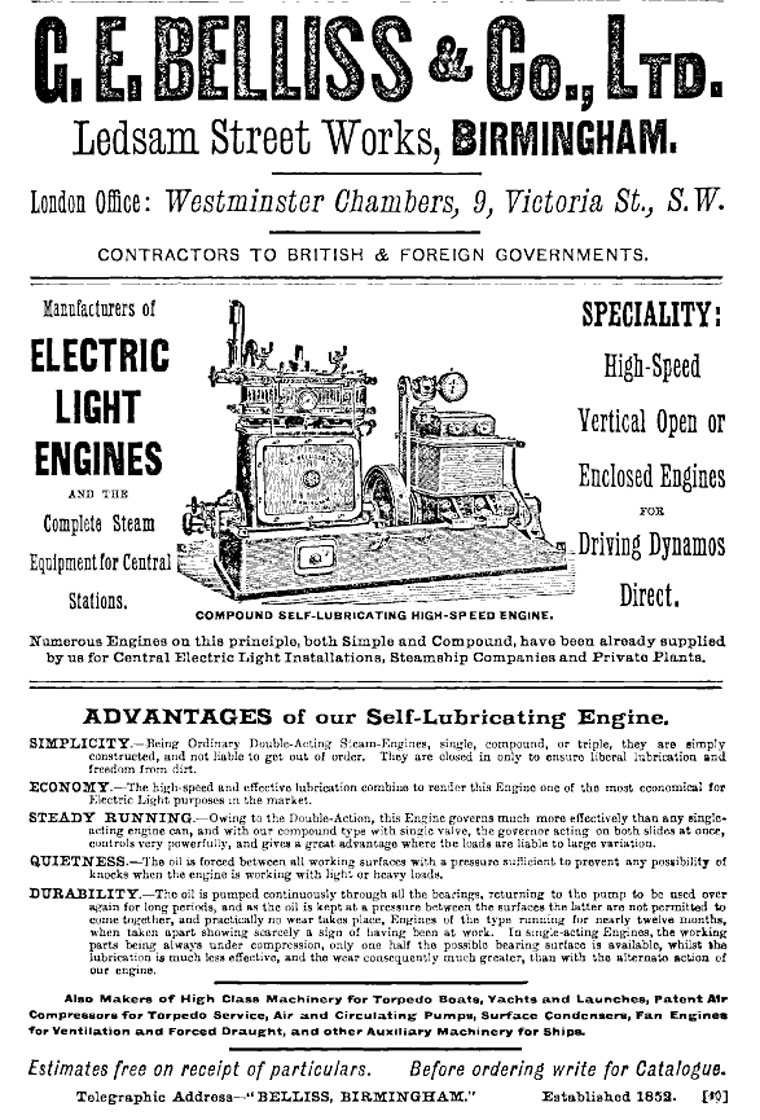 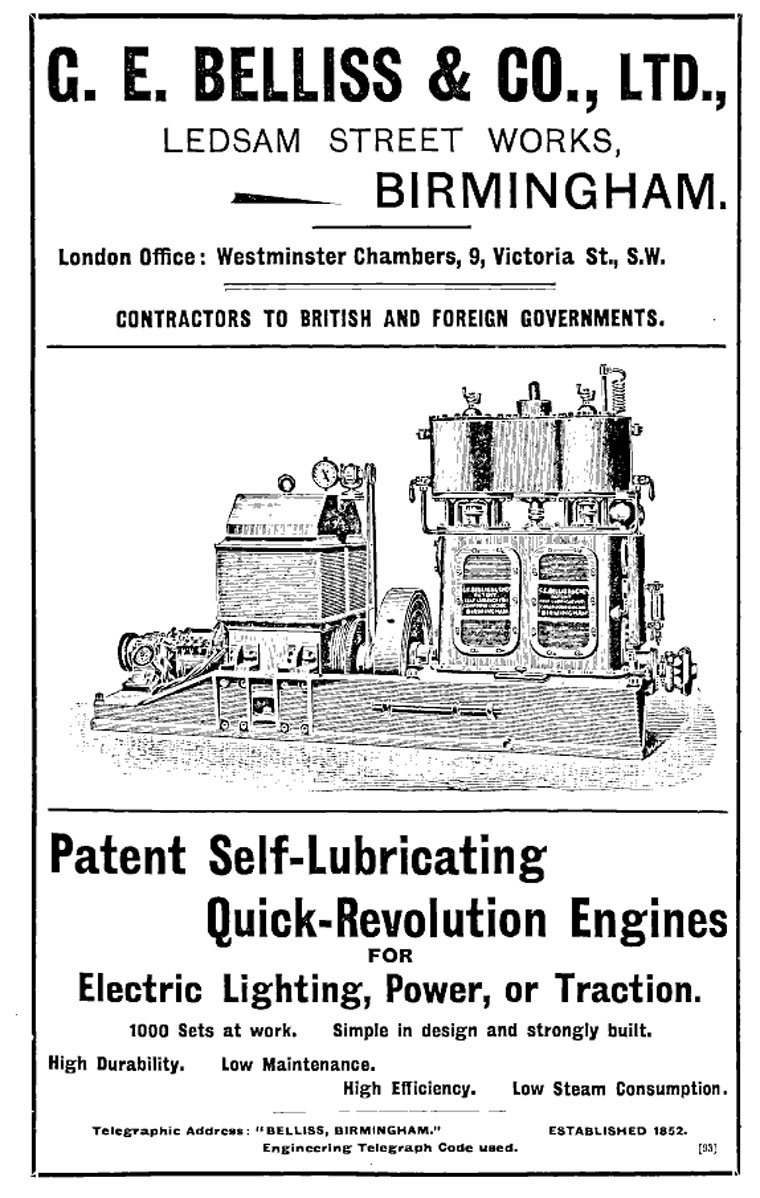 George Edward Belliss (1838-1909) had been apprenticed to R. Bach and Co, mechanical engineer and boiler maker[1].

1862 Shortly after completing his articles, Belliss acquired the business of R. Bach and Co at 13-14 Broad Street, Islington, Birmingham, and went into partnership with Joseph J. Seekings, as Belliss and Seekings.

From about 1864, J. S. White of East Cowes developed a design for a high speed launch for the Navy; George Belliss collaborated with White, developing a lightweight engine for the new launch[2].

1866 End of partnership with J. J. Seekings; Belliss continued the business as G. E. Belliss and Co advertised as successors[3].

c.1874: 0-6-0WT Secundus made by Belliss and Seekings (perhaps it has been reported as B&S because Primus was built by that company) and supplied to Pike Brothers. Now preserved at the Corfe Castle museum of the Swanage Railway on loan from Birmingham City Museum.

1880 Steam launch engine (Exhibit at Birmingham Thinktank museum). States they were a world-leader in the production of marine engines from 1860s to 1890s. Listed as Bellis and Co.

1884 Marine engineer, Alfred Morcom, was invited by Belliss to join G. E. Belliss and Co as a partner. Morcom had previously been chief engineer at the naval dockyard at Sheerness; before that he had been an instructor in the Navy's steam department at Portsmouth and was "one of the few engineers to gain a first class certificate at College"[5].

1887 Order placed with Messrs Belliss and Morcom for triple-expansion engine for H.M.S. Sharpshooter[8].

1893 G. E. Belliss and Co incorporated as a Limited Company with Belliss as chairman and Morcom as managing director.

1899 New factory opened in Icknield Square. Heavy demand for self-lubricating engines. Need for extra capital met by formation of the company Belliss and Morcom, which was registered on 3 May, to take over the business of engineers of G. E. Bellis[11]. Issue of shares[12].