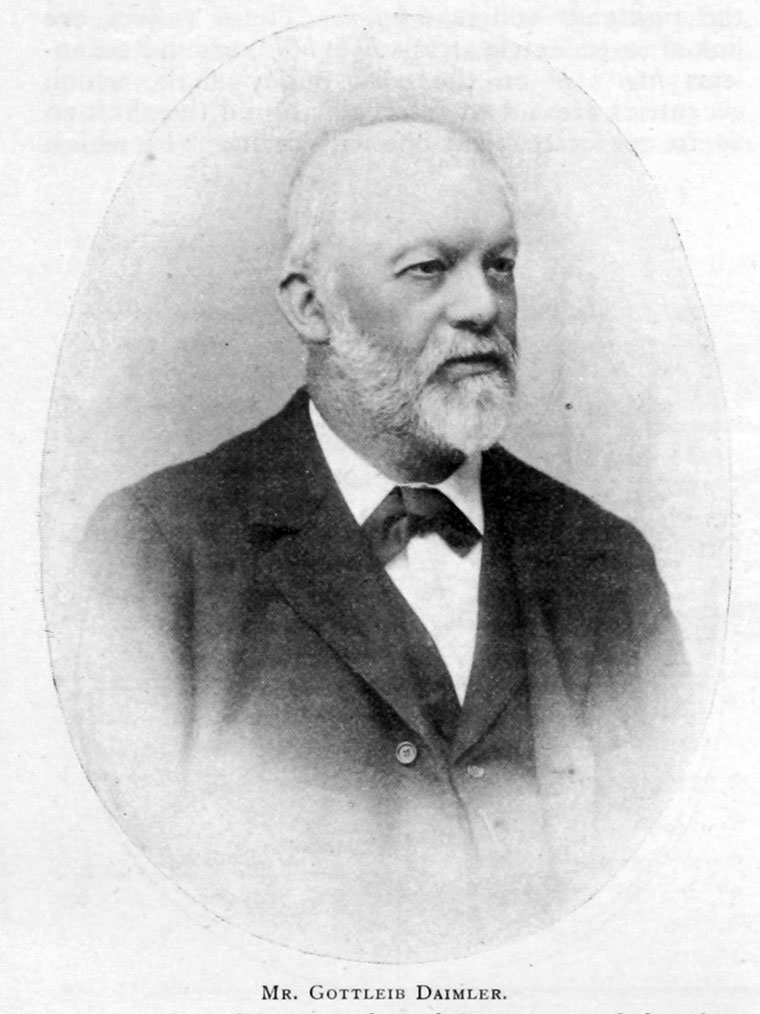 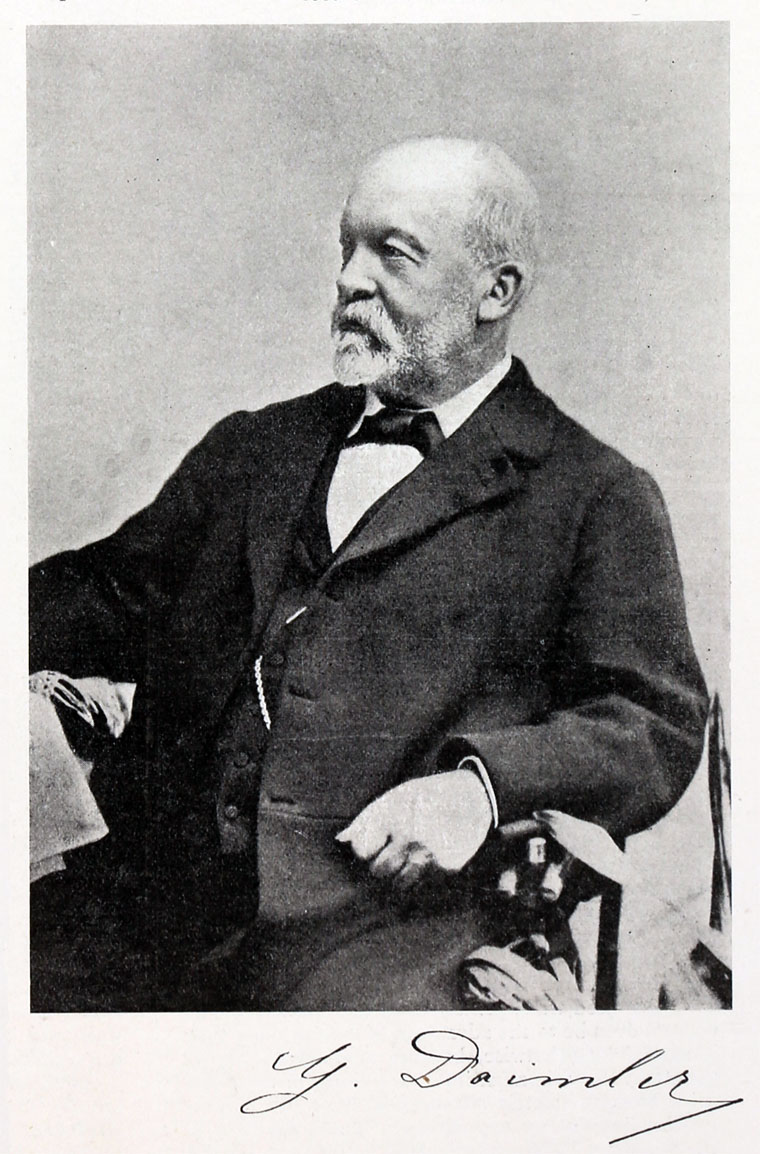 Gottlieb Wilhelm Daimler (March 17, 1834 – March 6, 1900) was an engineer, industrial designer and industrialist, born the son of a master baker, in Schorndorf (Kingdom of Württemberg, a federal state of the German Confederation), in what is now the Federal Republic of Germany. He was a pioneer of internal-combustion engines and automobile development. He invented the first high-speed petrol engine and the first four-wheel automobile.

In 1848 he became apprenticed to a gunsmith in Schorndorf. After passing his journeyman's examination in 1852, he attended the Industrial Trade School in Stuttgart. There he came to the attention of Ferdinand Steinbeis of the Royal Centre for Trade and Industry, who found a position for Daimler at an engineering works in Graffenstaden. Outside of working hours he received theoretical tuition. In 1860 he spent some time at the Périn band-saw factory in Paris. From spring 1861 to the end of 1862 he also visited various locations in England and became acquainted with the British mechanical engineering industry at first hand. His trips included visits to engineering works in Oldham and Leeds, two locomotive manufacturers in Manchester and a machine tool factory in Coventry. It appears that the firms he visited in England included the North Moor Foundry Co in Oldham, Beyer, Peacock and Co. in Gorton near Manchester, Smith, Beacock and Tannett in Leeds, the tool and locomotive factory of Sharp, Stewart and Co. in Manchester, and Sir Joseph Whitworth's machine tool factory in Manchester. [1]

In early 1863 he went to work as a draughtsman in Geislingen, at a forerunner of the Württembergische Metallwarenfabrik company (WMF). In December 1863 he was working as a workshop inspector at the Bruderhaus engineering works in Reutlingen, where he got to know Wilhelm Maybach in 1864. [2]

Daimler and his lifelong business partner Wilhelm Maybach were two inventors whose dream was to create small, high speed engines to be mounted in any kind of locomotion device. They designed in 1885 a precursor of the modern petrol engine which they subsequently fitted to a two-wheeler, considered the first motorcycle and, in the next year, to a stagecoach, and a boat.

1886 10th November. He made a triumphal procession in the Park at Cannstat in his motor char-a-banc.

Gottlieb Daimler was able to make use of several foreign contacts to develop his commercial interests. He concluded licencing agreements especially in France and Britain.

1887 he sold the French Daimler patents to Edouard Sarazin who had the engine made in certain factories in Paris among them the factory of Perrin, Panhard et Cie. Here the work was carried out by M. Lavassor. Later when M. Sarazin died, Lavassor married his widow.

In December 1889 the first Daimler engine was completed at the Panhard works and sold to M. Bonet of Barcelona and two more were delivered to M. Peugeot.

They sold their first automobile in 1892.

Daimler fell ill taking a break from the company and upon his return experienced difficulty with the other stock holders that led to his resignation in 1893 that was reversed in 1894. Soon Maybach resigned also and he returned at the same time as Daimler.

1900 Gottlieb Daimler died at Cannstatt from a heart complaint in his 65th year.

In 1924, the DMG management signed a long term co-operation agreement with Karl Benz's Benz & Cie., and in 1926 the two companies merged to become Daimler-Benz AG, which is now part of Daimler AG.