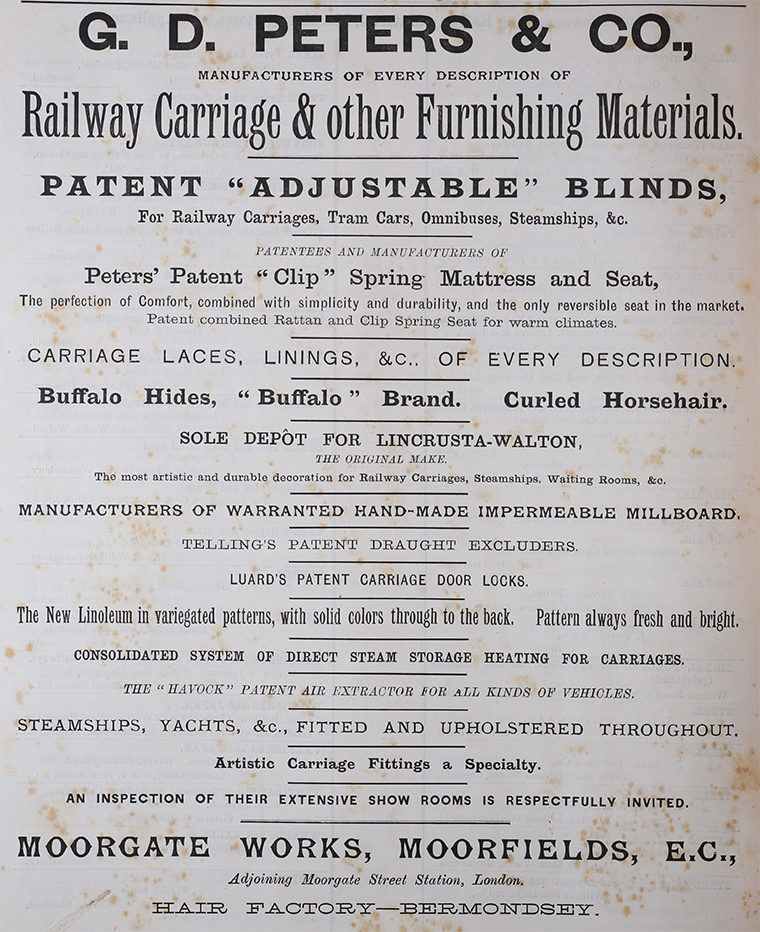 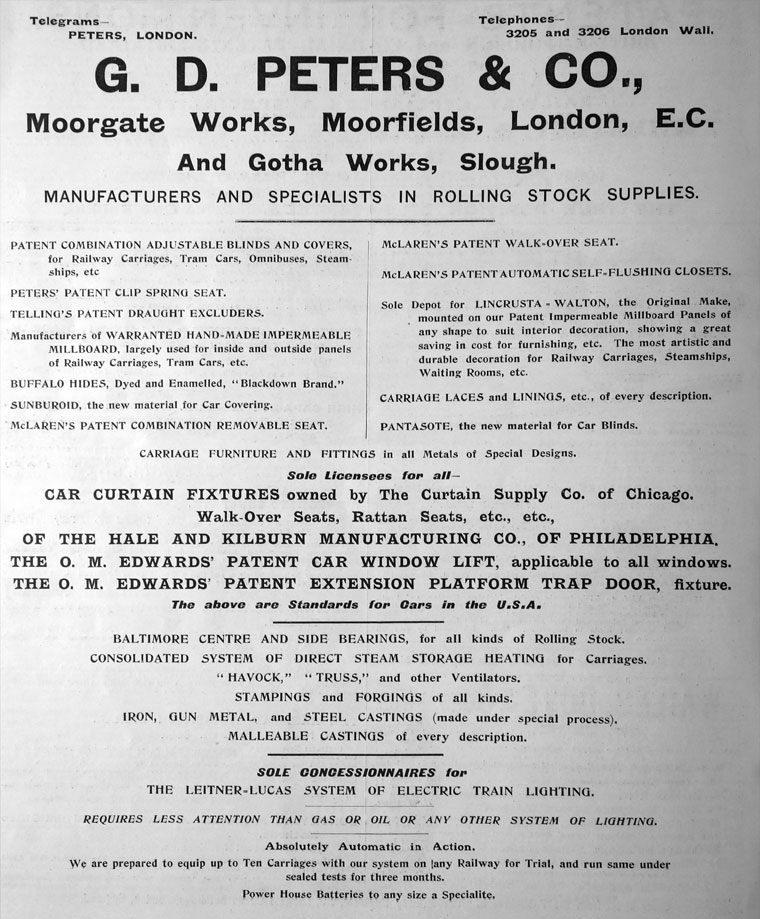 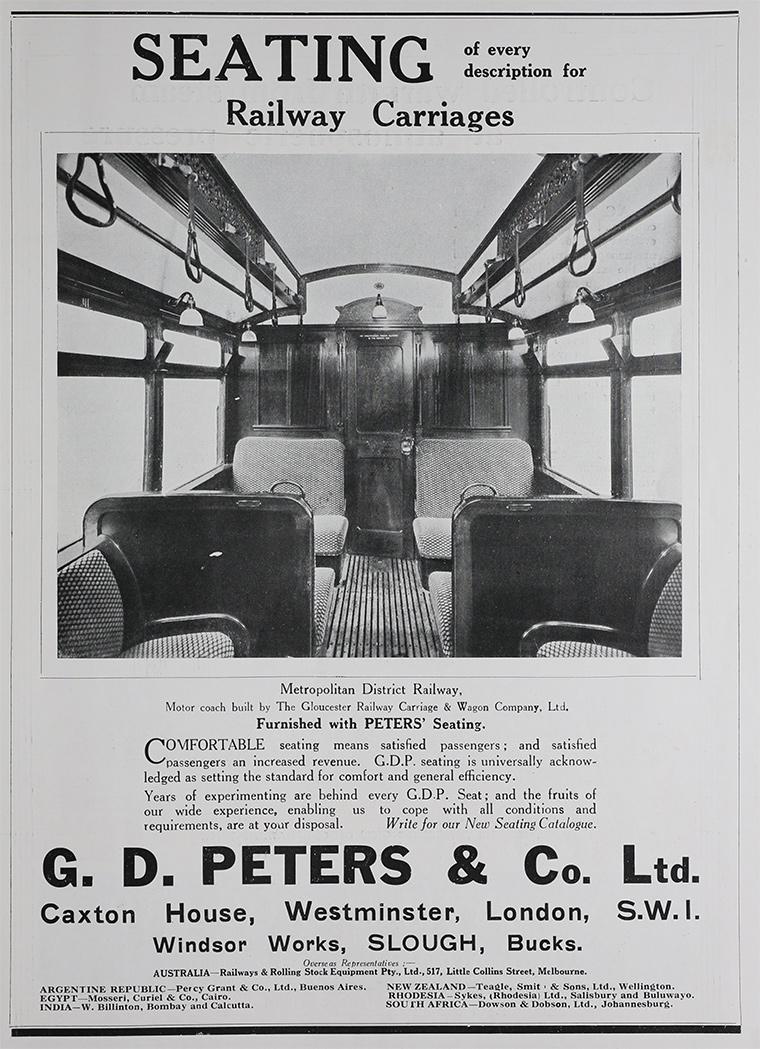 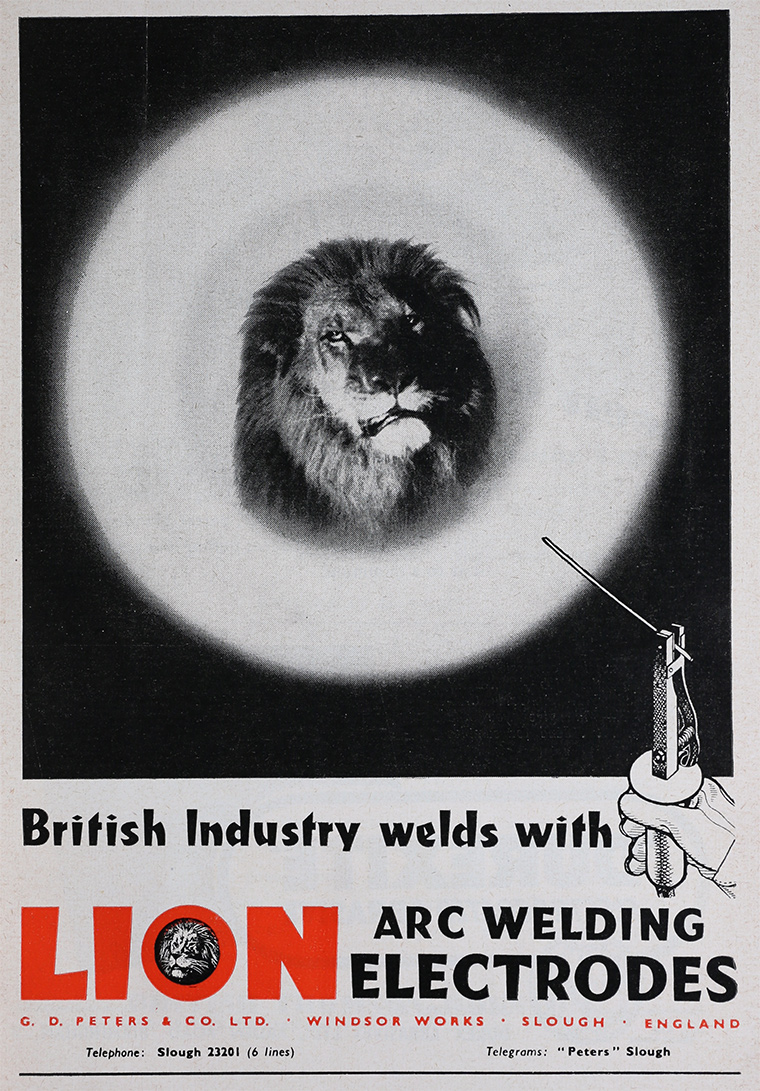 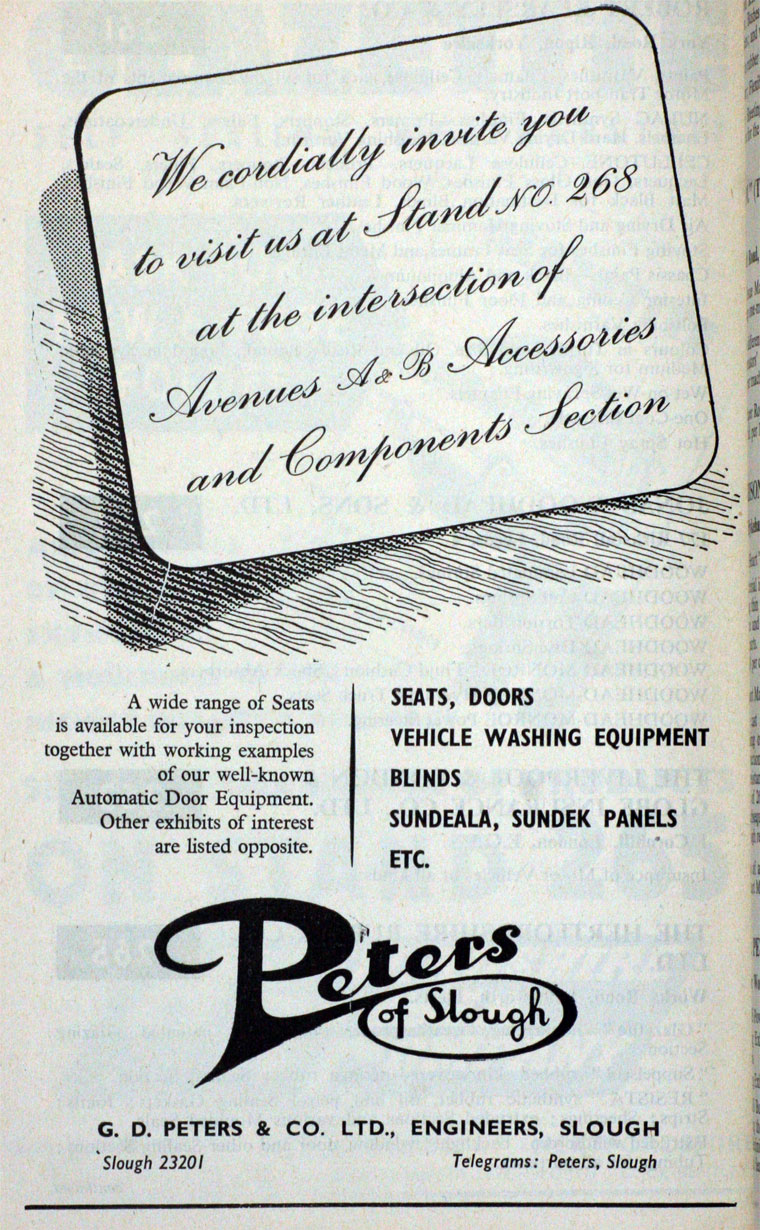 WWI Turned over the factory largely to manufacture of munitions

1961 Engineers, manufacturing transport seating and blinds, automatic couplers, castings and suppliers of hardboard and pagwood. Agents and distributors for "Permadeck" flooring for use on rail transport vehicles. [4]

1971 Acquired by merchant bank J. Henry Schroder Wagg who started to remedy the problems with the loss making company[8]