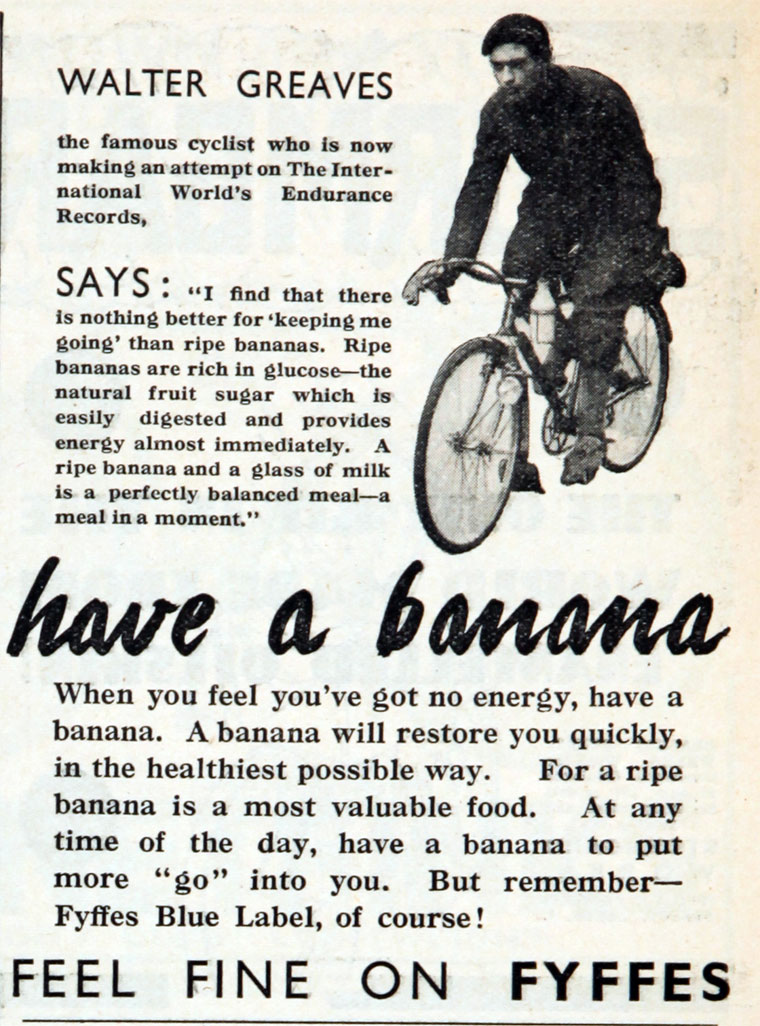 1887 Edward Wathen Fyffe, a tea trader, took his wife, Ida, to the Canary Islands to recover from tuberculosis. Whilst there, he was impressed by the quality and the taste of the bananas and decided that he would set up an import agency in London for growers looking for new markets. He persuaded his father, a tea merchant, to switch from tea to bananas. Ida made a full recovery.

1888 Edward's first shipment of two bunches of bananas arrived at the offices of E. W. Fyffes and Sons, 148 ½ Fenchurch Street. The business grew so fast that Edward soon had no time for tea!

1898 Joseph Chamberlain as Colonial Secretary suggested to Elder Dempster and Co that they investigate the potential for carrying bananas from Jamaica to Britain (a 14 day voyage).[1]

1901 A new company was formed, Elders and Fyffes, with ships fitted with cooling equipment that made it possible to ship larger quantities of bananas on a reliable and consistent basis. Bananas became much more widely available.

1929 The Fyffes Blue Label was introduced, making Fyffes the first fruit company in the world to put a label on its produce.

1968 Fyffes expanded into other fruits and vegetables.

1980 Fruit Importers of Ireland was formed, distributing leading brands from around the world, on an exclusive basis.

Fyffes is now the oldest fruit brand in the world, operating in Europe, North, Central and South America.