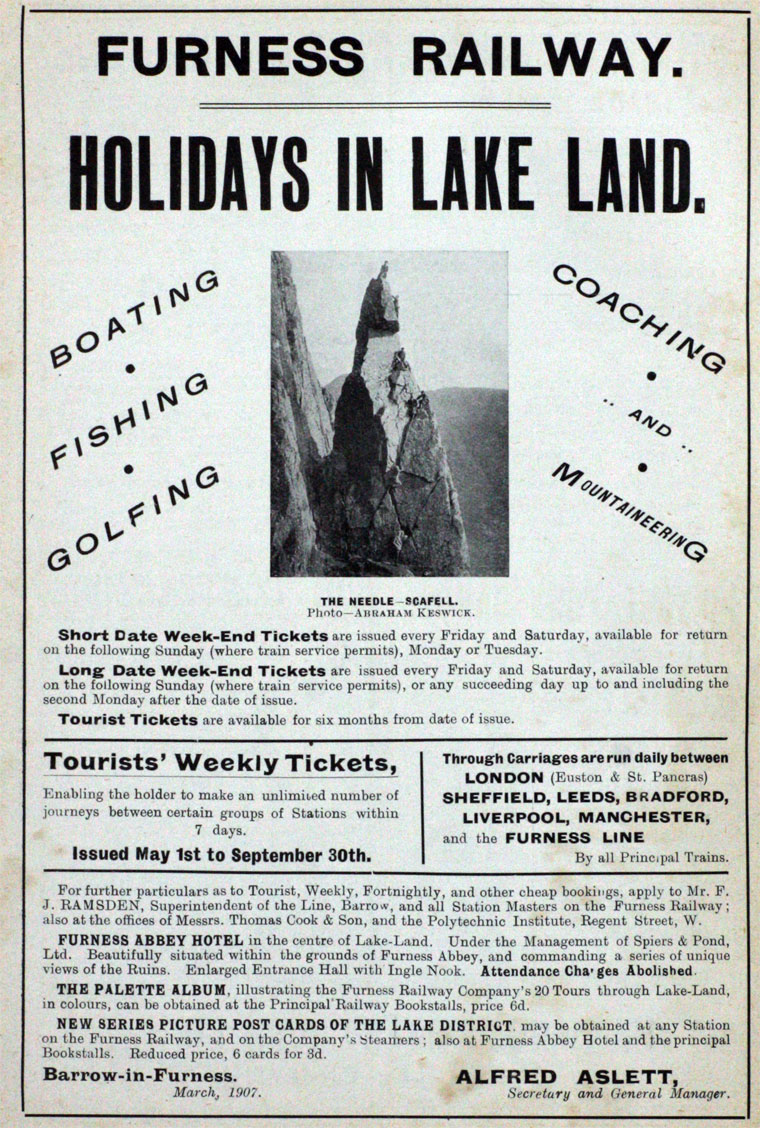 The Furness Railway (Furness) was a railway company operating in the Furness area of north-west England.

The company was established on May 23, 1844 when the Furness Railway Act was passed by Parliament. The line, as originally laid, was intended principally for mineral traffic (slate and iron ore), and extended from Barrow-in-Furness and Piel Pier (on Roa Island) to mines and quarries at Dalton-in-Furness and Kirkby-in-Furness (both close to Barrow in the north). That portion was opened on August 11, 1846. Passenger traffic began in December 1846.

Eventually the line extended to Whitehaven, Carnforth (where the Furness linked with the London and North Western Railway and thence to Lancaster (see below), Coniston and Lakeside). The line was linked to Lancaster on August 27, 1857 by the Ulverston and Lancaster Railway, which was bought out by the Furness Railway in 1862.

The line was opened thus:-

In 1867 the Hincaster Branch from Arnside to the Lancaster and Carlisle Railway at Hincaster was opened.

The original main line did not run through Barrow, though its headquarters and engineering works were adjacent to St. George's Square. Through trains had to run into the terminal station and then out again to continue their journey. The new Barrow Central station was not opened until 1882, when through working became possible.

The first locomotive superintendent was later to be knighted was James Ramsden, the town's leading civic figure. No locomotives were actually built in the local works itself: they were generally standard designs, purchased from other manufacturers. By 1921, fifteen different works were represented. However, W. F. Pettigrew, who had taken over operations in 1896, was to introduce some measure of standardisation.

There were also carriage and wagon-building shops, and repairs and maintenance was carried out on the equipment of Barrow Docks.

It was connected to the Midland Railway by the Furness and Midland Joint Railway.

The Furness Railway operated as an independent company until December 1922, when it was merged as one of the constituent companies of the London, Midland and Scottish Railway following the Railways Act 1921.