Grace's Guide is the leading source of historical information on industry and manufacturing in Britain. This web publication contains 138,875 pages of information and 225,311 images on early companies, their products and the people who designed and built them. 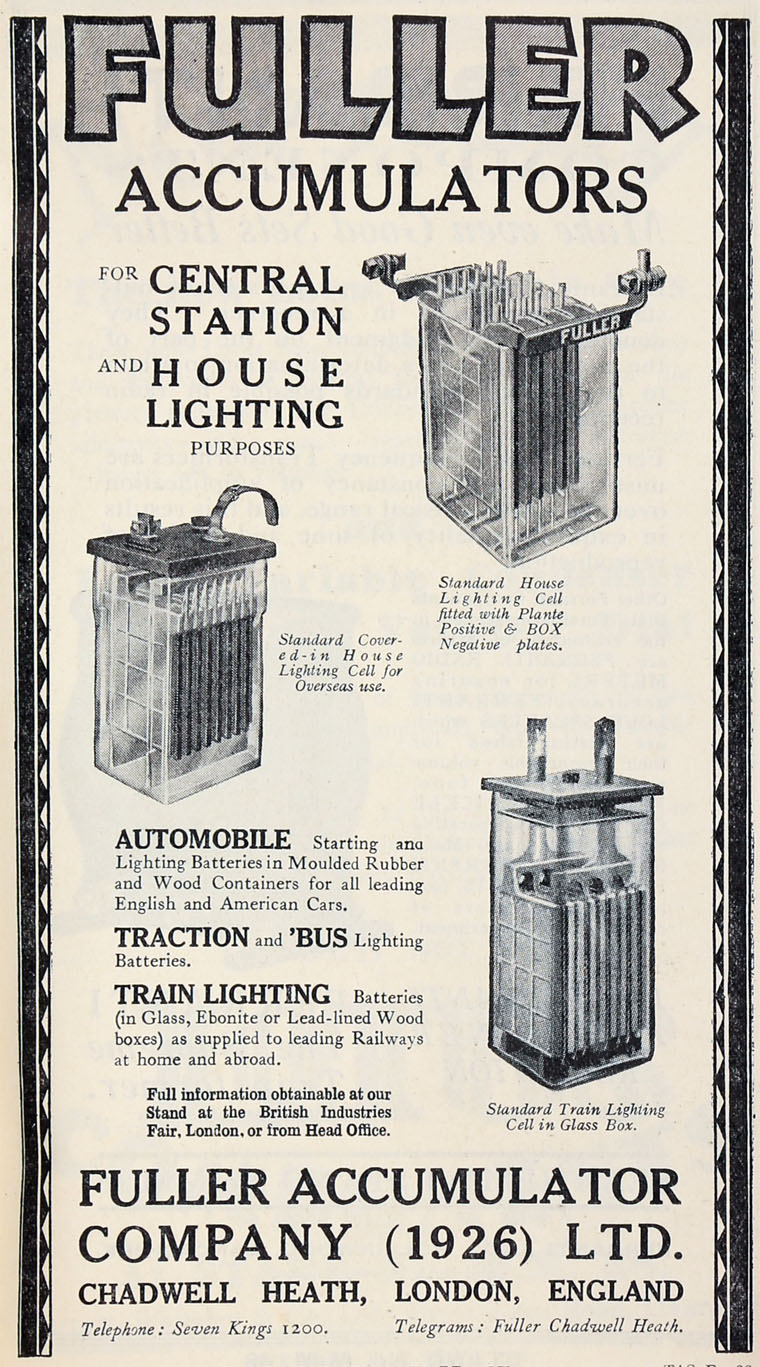 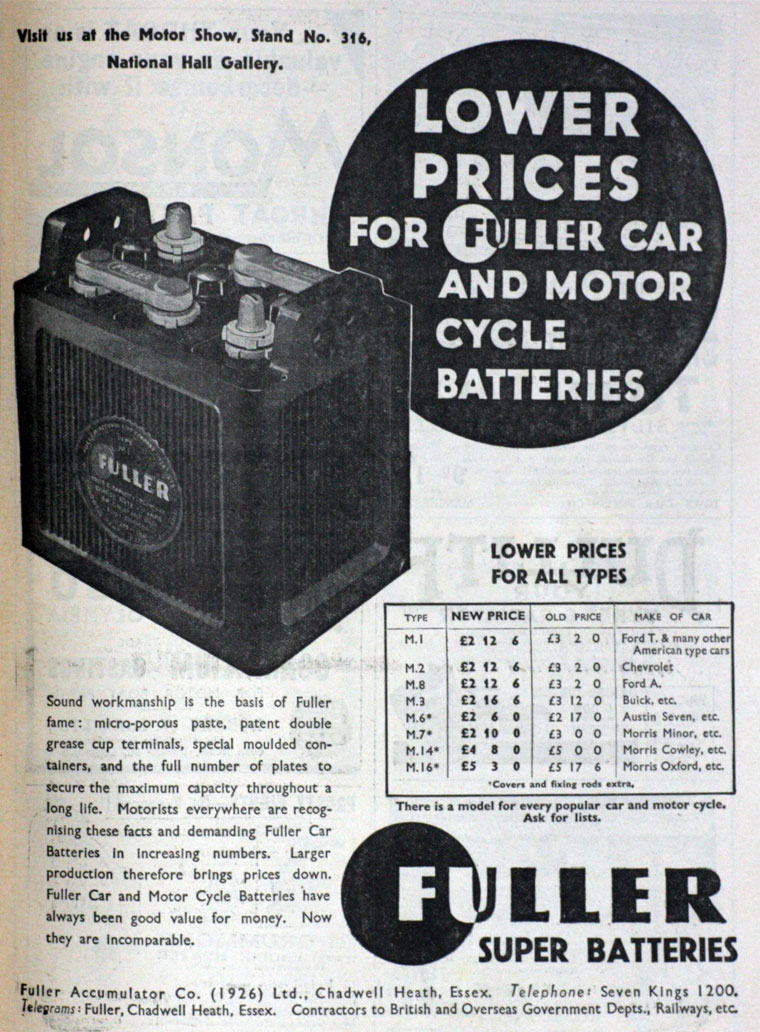 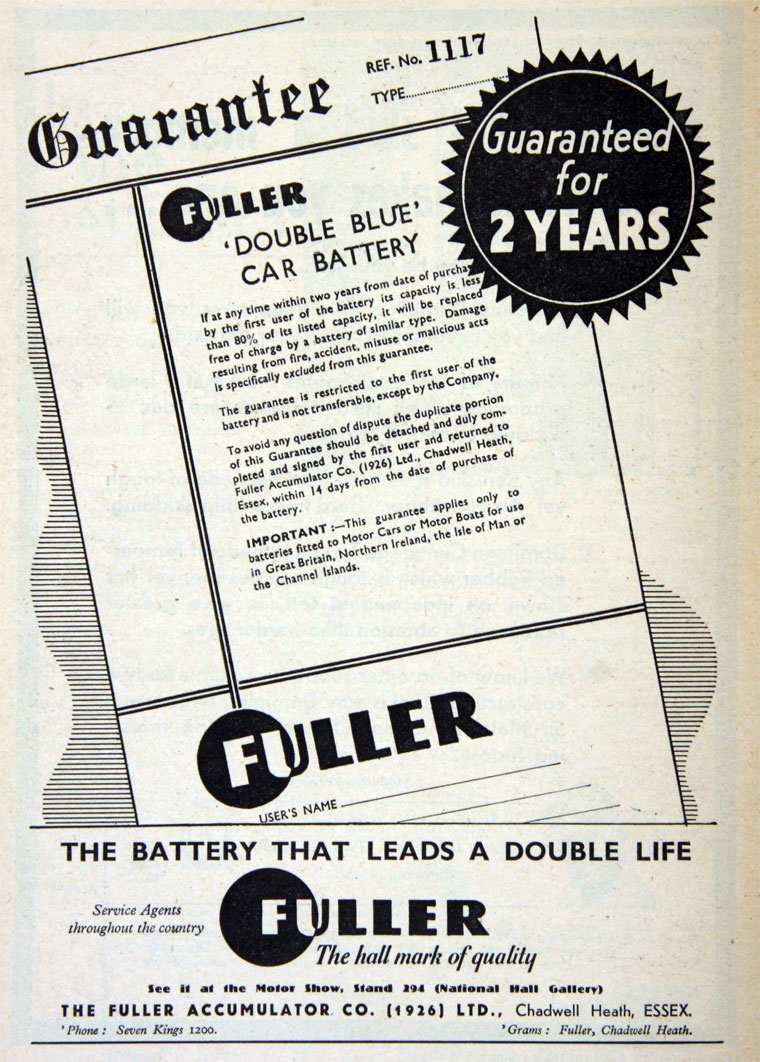 1926 The Accumulator Manufacturers Association established a new company Fuller Accumulator Co (1926) Ltd to purchase the interests of Fuller United Electric Works Ltd which was in liquidation[1].

The Accumulator Works Department of the company was acquired by Mr. E. W. Sudlow, late secretary of the company, Mr. A. P. Welch, late chief technical engineer, and Mr. H. F. Wynn, late general sales manager. The wire cable department or the company was sold, and was run on a larger scale than in the past. Sir John Munn continued to act as receiver and manager in connection with the ebonite and carbon black departments of the late company.[2]

1939 Patent - Improvements in road, warning, signalling and like lamps.