Grace's Guide is the leading source of historical information on industry and manufacturing in Britain. This web publication contains 139,012 pages of information and 225,315 images on early companies, their products and the people who designed and built them. 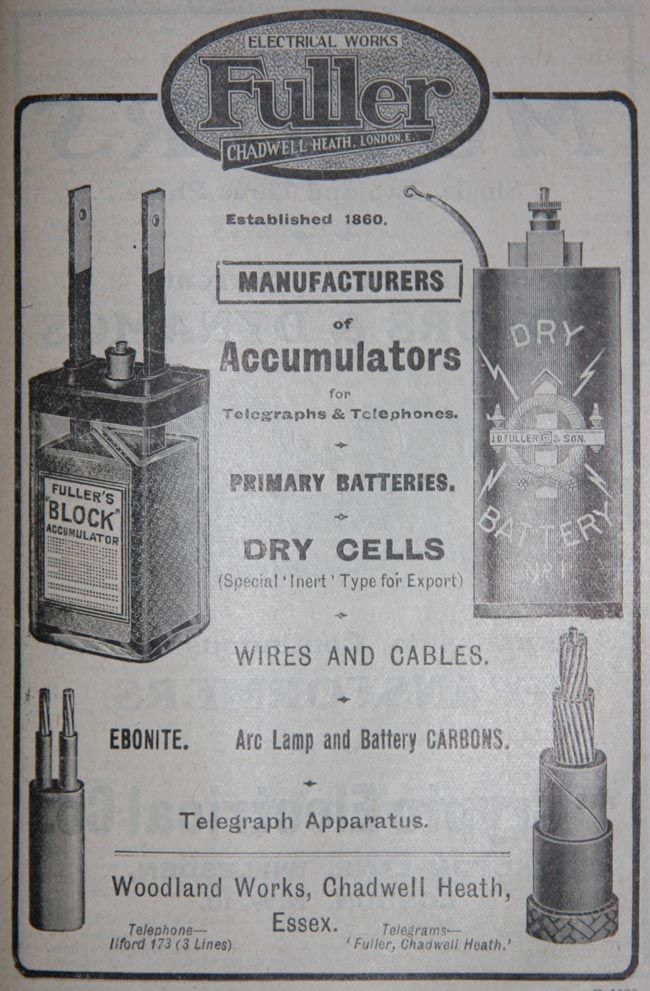 Whilst working for his father at John C. Fuller and Son, Leonard Fuller invented the "Block Accumulator", a more reliable form of accumulator than the plate accumulator, which was especially valued for use by the railways.

1915 the Fuller Accumulator Co was formed to develop the Block type of accumulator. The starter and lighting accumulators were sold under the tradename Sparta.

1919 The Fuller's United Electric Works was formed to take over as a going concern John C. Fuller and Son, Fuller Accumulator Co, Fuller's Wire and Cable Co, and Fuller's Carbon and Electrical Co[2]